The astonishing footage was filmed in the Saudi Arabian capital Riyadh, the country’s main financial hub. 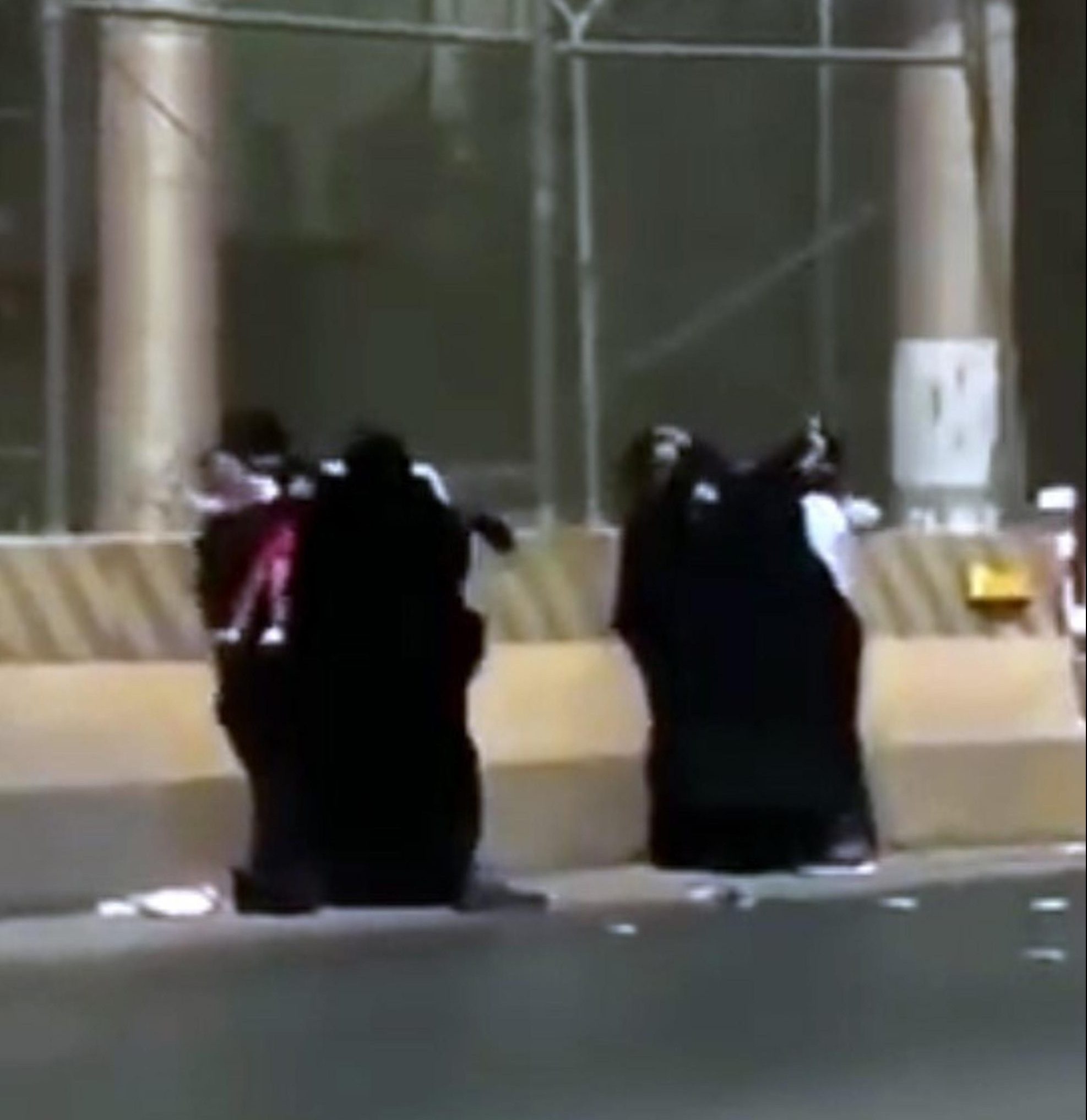 Two distinct groups of women are seen punching each other and pulling their hair out as cars race past.

Amid the flurry of fighting one woman be seen clutching a small child, then dropping her.

She continues fighting her opponent while grabbing the tot and trying to pick her up.

As the fight escalates her rival lunges at her and the youngster is dumped to the ground again.

The mother then hits the woman and tries to pick up the child again, holding her opponent off at arm’s length. 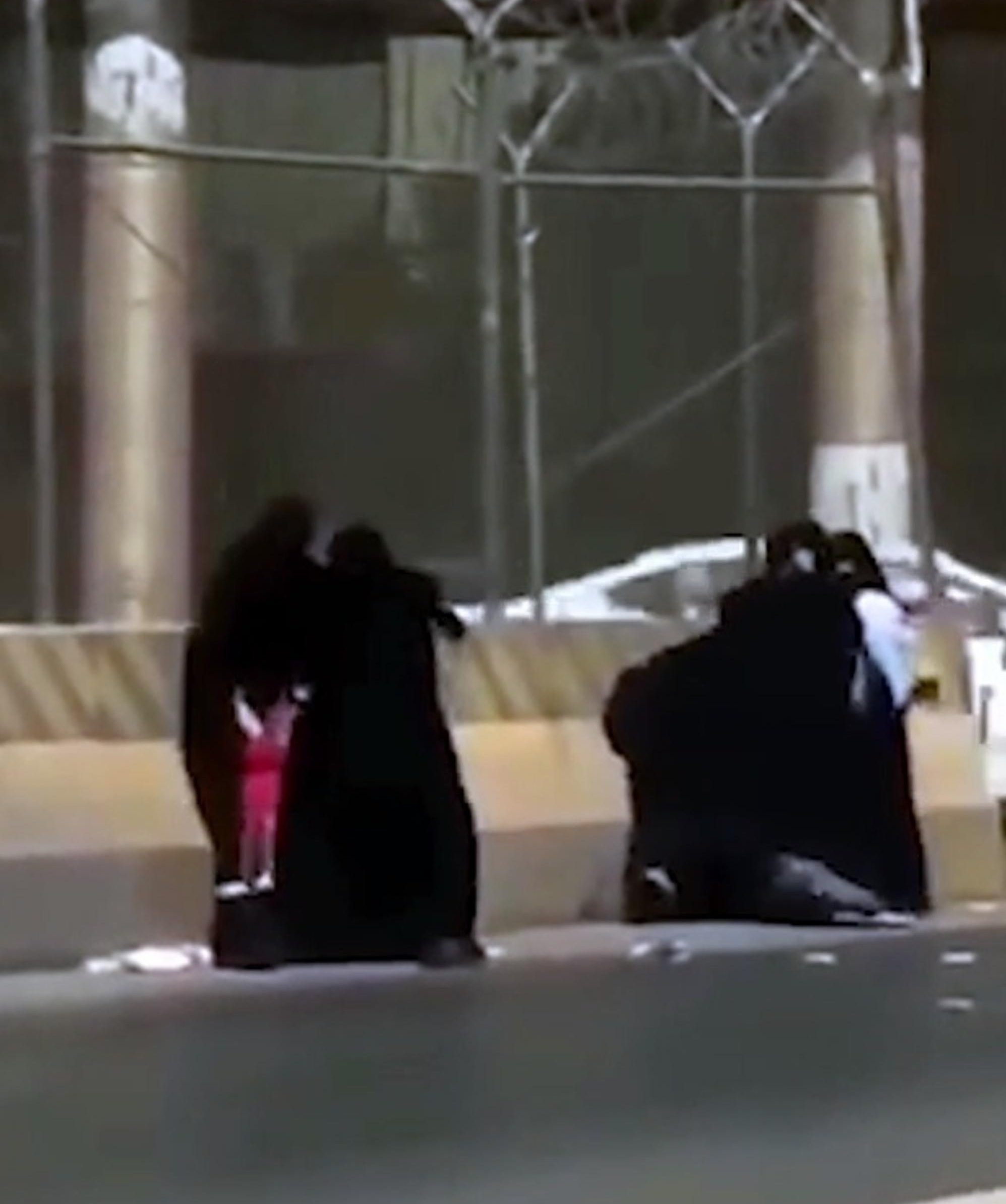 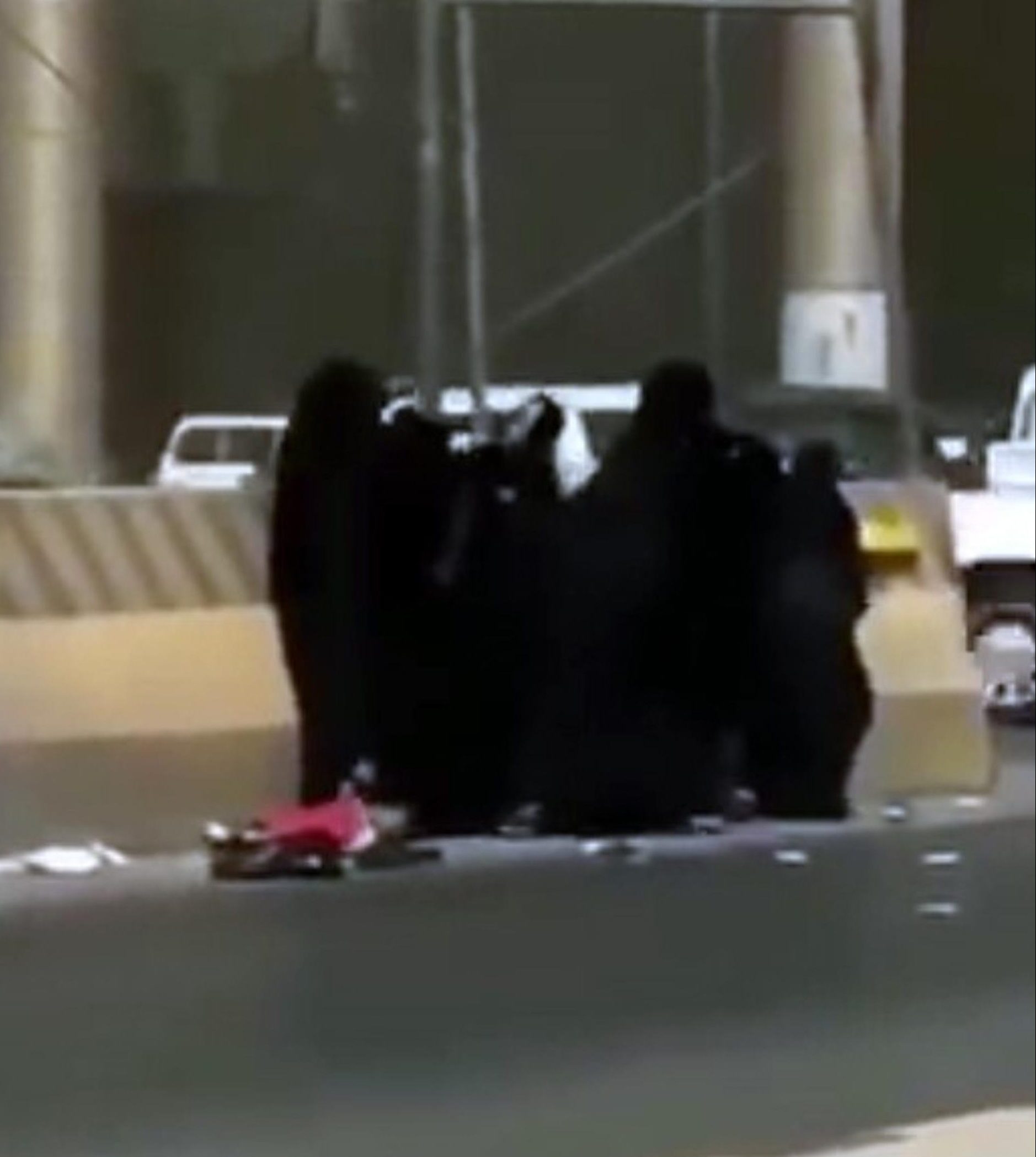 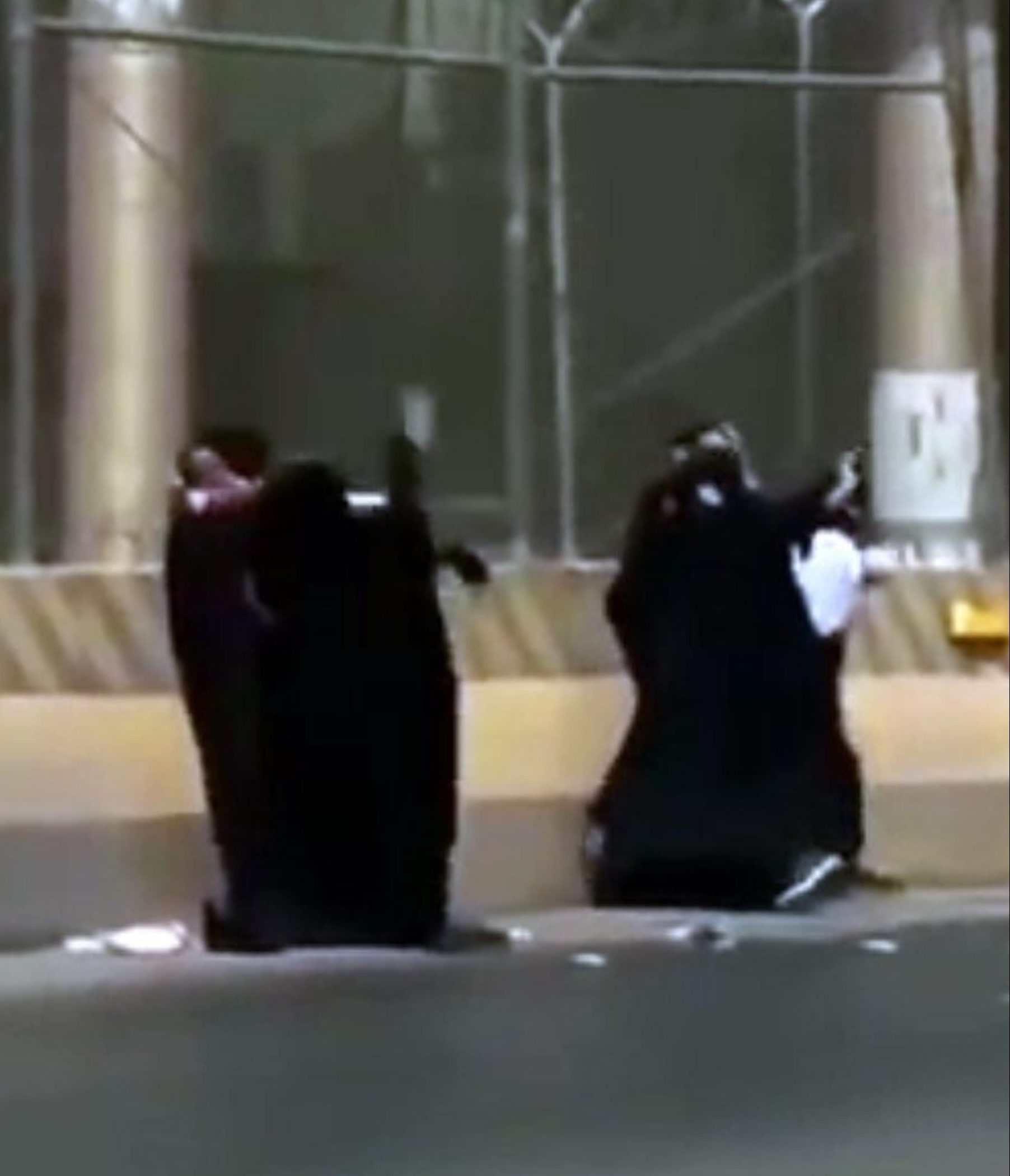 However, just as a white car passes in front of the brawlers, the toddler is seen on the ground again.

The confused toddler is on her knees looking up at the aggressive adults.

Towards the end of the clip the women appear to tire of the fight, and the motorist filming drives off.