A black student at Yale was sleeping in her dorm, and someone called the police

A white graduate student at Yale called police on a black graduate student who had fallen asleep in a common area of their campus residence, an episode that a dean said shows the need for efforts to make the Ivy League university a more inclusive place.

Lolade Siyonbola posted two videos of Monday's encounter on her Facebook page, including part of a conversation with the white student who told her she was calling police after finding her on a couch in the room at Yale's Hall of Graduate Studies on the New Haven campus. 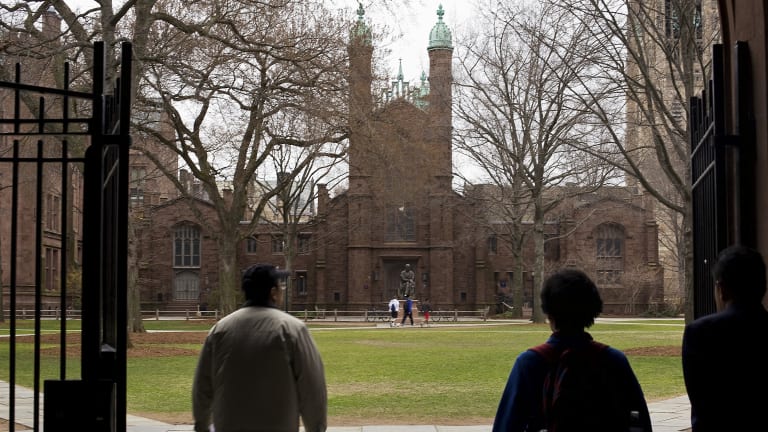 The campus of Yale University in New Haven, Connecticut.

Siyonbola, 34, who is earning her master's degree in African studies, said she had camped out in the common room to work on a "marathon of papers." On Monday night, she decided to take a nap.

The woman, who also lives in the dorm, reported "an unauthorised person in the common room," said Lynn Cooley, the dean of the graduate school of arts and sciences, who addressed the episode in an email to students Tuesday.

Several officers responded to the call.

"We need to make sure that you belong here," a female officer says in the longer video. 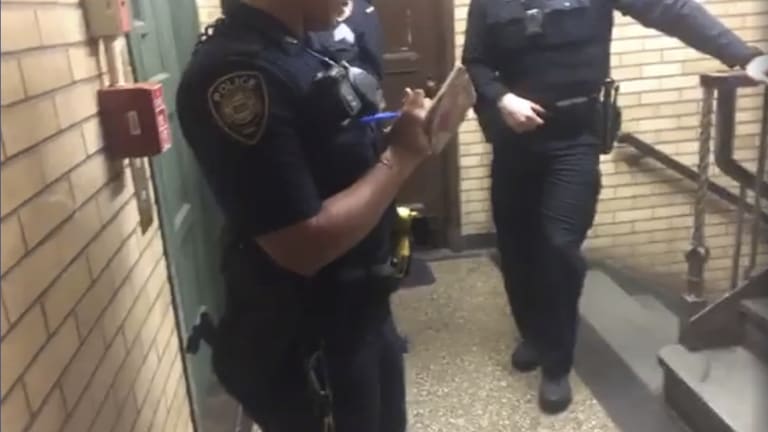 Siyonbola produced the key to her apartment and opened the door, and the officers told her they needed to see her ID.

Siyonbola relented and handed over her ID.

But the officers struggled to verify it, and Siyonbola appeared to grow more frustrated.

At one point, she says, "I deserve to be here. I paid tuition like everybody else. I am not going to justify my existence here. It's not even a conversation."

"I hope that makes you feel powerful," she responds.

After questioning Siyonbola for more than 15 minutes, police confirmed she was a Yale student who lived in the building and then left.

Police told her the encounter was prolonged because her name was not spelled correctly in a database of student information.

"We believe the Yale police who responded followed procedures," Tom Conroy, a spokesman for the university, said.

"As we do with every incident, we will be reviewing the call and the response of the police officers to ensure that the proper protocol was followed, and to determine if there was anything we could have done better."

When asked if it was common practice to run IDs in such situations, he said it was.

Confirming her identity took longer than usual because the student's preferred name, which was printed on her ID, was different from what was in the university record, a school official said.

Siyonbola called the police "ridiculous" for not leaving after seeing that she had a key and an ID. She said the larger issue was that "there are not consequences to you if you call the police on an innocent person, especially if they're black."

In an email sent to graduate students on Tuesday, Cooley told them that Siyonbola had every right to be in the building and inviting them to share their concerns about the incident.

"Incidents like that of last night remind us of the continued work needed to make Yale a truly inclusive place," she wrote. "I am committed to redoubling our efforts to build a supportive community in which all graduate students are empowered in their intellectual pursuits and professional goals within a welcoming environment."

Siyonbola said she was disappointed in the dean's response.

"It wasn't compassionate," she said. "It was very high level — like we have to do better someday, somehow."

She said she hoped this episode and others like it would prompt the administration to take action.

"This is what happens every day in America," she added. "These things are unfortunate, they're disappointing, they're disheartening, but they're not shocking anymore."