A famous part of the famous Blackpool Illuminations display which has stood for 60 years is to be removed after complaints that it is racist.

The tableau, dating back to the 1960s, is usually displayed on Blackpool’s promenade and depicts six axe-wielding Native Americans wearing headdresses and gathered around a totem pole.

The town’s world-famous light show dates back more than 140 years – but it came under fire last year after members of the Chickasaw Nation complained about it, saying the depiction ‘reinforces racial sterotypes’.

A letter from a member of the tribe added the continued use of the tableau to date suggests the town ‘supports racism’ and isn’t ‘welcoming’. 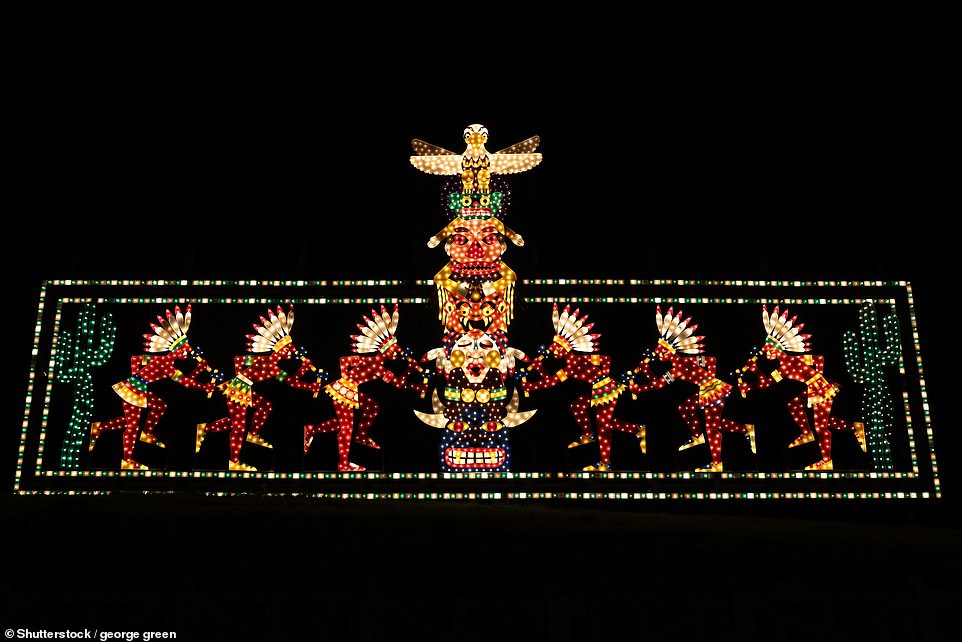 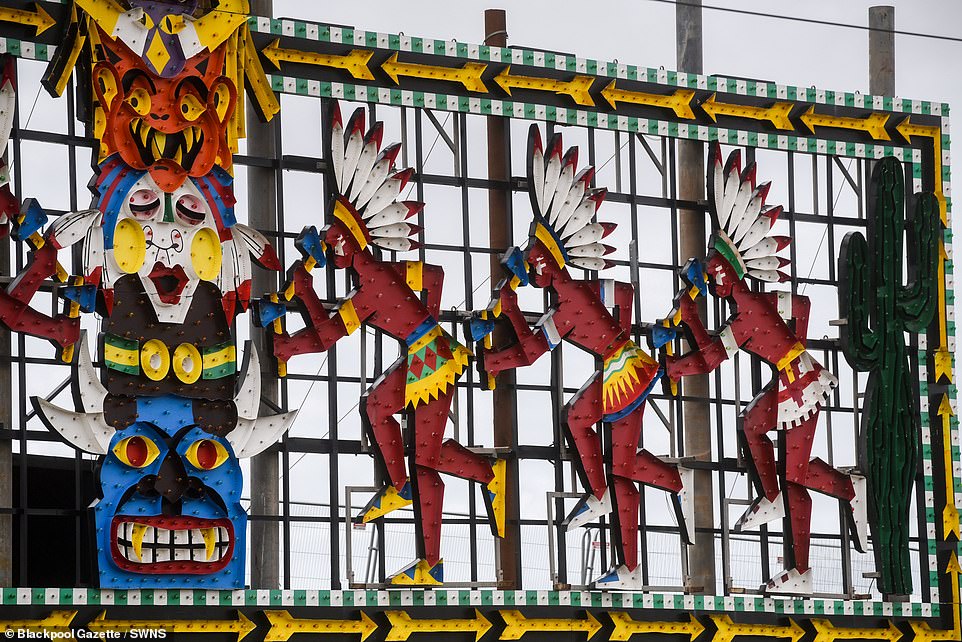 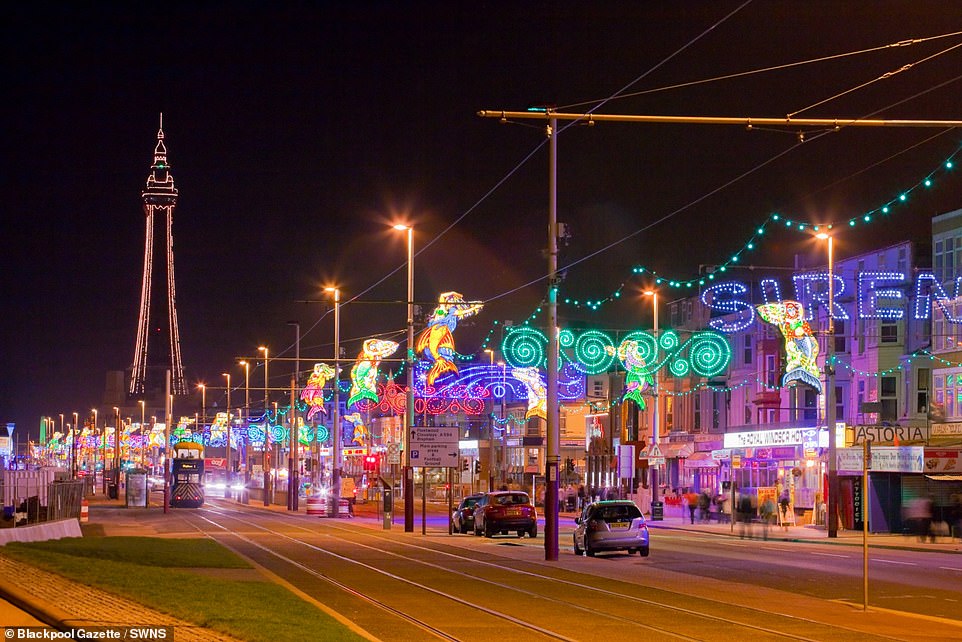 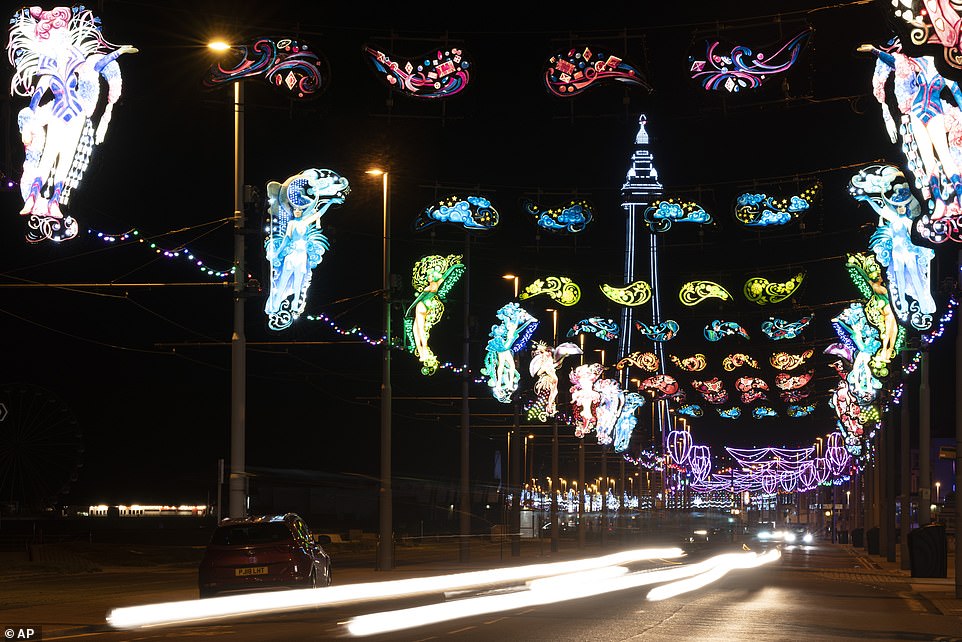 The display has a strong nautical theme and stretches along the coast line for four months of the year – but the light installations represent all sorts of themes and cultures, from fairies to modern art

The complaint letter read: ‘Caricatures such as these reinforce racial stereotypes of Native Americans as being primitive people who have no place in modern society,’ The Telegraph reports.

‘Showing – let alone promoting – such illuminations also does little to promote Blackpool as a welcoming community.

‘Instead, it paints Blackpool as a community that supports racism and discrimination.

‘Worse still, these illuminations are seen by hundreds of thousands of people each year, which means that they spread stereotypes to other communities in the UK and beyond.

The member of the Chickasaw Nation, who now lives in the UK with his family, also tweeted in September 2021 about the issue. 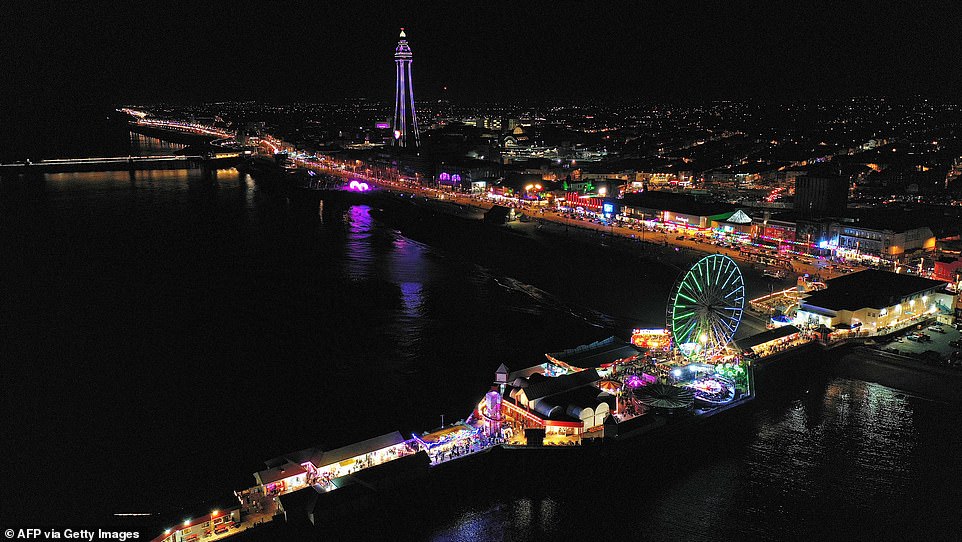 An aerial view of the city during the illuminations is quite something, and shows the display stretching for miles along the sea front and promenade 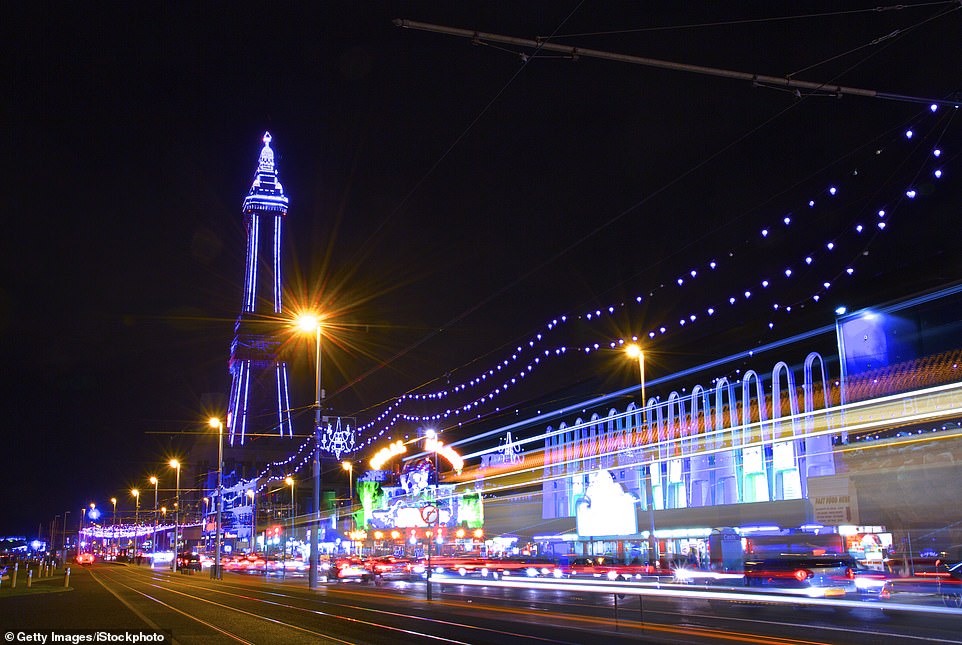 The Blackpool Illuminations began in 1879 when Blackpool became the first town to have electric street lighting – when people swarmed the town to look at the eight lights along the promenade. Now it has become famous world-wide for its thousands of LED lights

Anthony Perry, an NHS manager and author, said: ‘Hi Visit Blackpool, could you please explain why you’ve chosen to make Native American caricatures as part of your Blackpool Illuminations?

‘As a Native American living in the UK, I find this deeply problematic.

‘Would you do this to other BME people? Why us?’

His complaint letter also said he was ‘deeply concerned about racism against Native peoples being celebrated through the Blackpool Illuminations.’

The letter continued: ‘I was dismayed to see stereotypical Native peoples dancing before a totem pole on the Visit Blackpool site for the Blackpool Illuminations.

‘Native Americans have long been caricatured – often in the name of ‘honouring’ them – as an attempt to erase our culture, redefine our history and assimilate us with Euro-centric ideals.

Mr Perry has met with Blackpool Council bosses to discuss the lights, and has called for them to be replaced by an artwork by a Native American artist.

But the council has defended the inclusion of the panel, and said the lights were ‘designed and created many years ago and intended to be a celebration of different cultures’.

However, a council spokesman said that the continued use of the lights in upcoming years would be addressed.

Now the council has announced this part of the display will not feature this year – when illuminations will decorate the town from September until the beginning of January.

They added a replacement display will be created for the 2023 season, saying they are ‘proud’ to produce a new set of illuminations that ‘celebrate’ indigenous culture.

A spokesperson said: ‘We are re-imagining the tableau for the 2023 Illuminations season with input from representatives of the Native American Network.

‘We are looking to produce a new design that will celebrate indigenous culture. The current tableau will be rested for this season to enable that work to be undertaken.’ 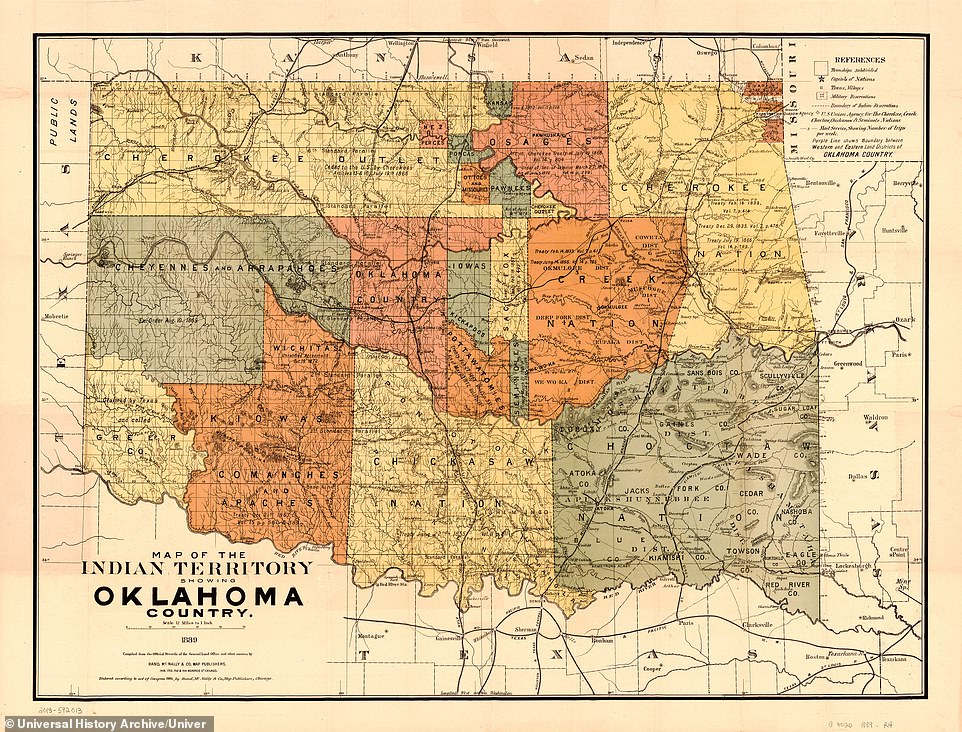 The Chickasaw Nation tribe are internationally recognised as indigenous Native Americans and originate from the state of Oklahoma. Members now live across the globe, and two UK residents complained to the council over the display

The Blackpool Illuminations began in 1879 when Blackpool became the first town to have electric street lighting.

The first ‘modern’ displays took place in May 1912 to mark the first royal visit made by Princess Louise to Blackpool.

It has since grown to become the largest free light exhibition in the world, according to Visit Blackpool.

This year will see the maiden outing of brand-new installation Odyssey, the biggest 3D piece in the Blackpool Illuminations to date.

Odyssey has been created by international designer Jack Irving in collaboration with a team of computer scientists from Lancaster University.

Standing almost 10 metres high, the installation comprises six large-scale structures that are combined with state-of-the-art technology to create an immersive and interactive projection show, themed on creatures from the deep sea.