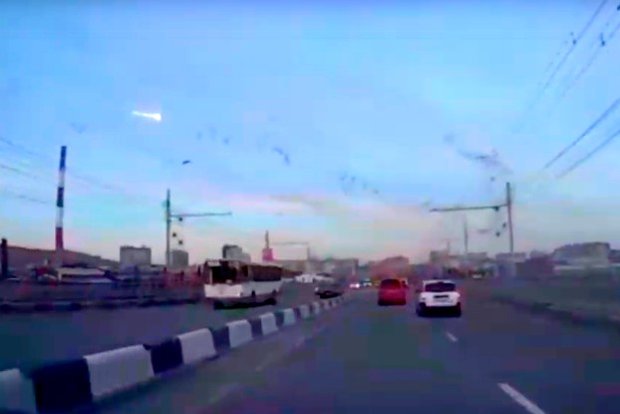 “It was incredibly stunning, really beautiful. I don’t think I’ve ever seen anything as beautiful as this,” he said.

After it disappeared he “heard a noise – boom, boom! – as if something was exploding in the sky.”

Some residents said the meteorite was “blindingly bright, akin to the light and sparks created during intense welding work”.

The space rock split into several parts before vanishing in the sky eastwards and was only visible for around five seconds.

However, the bright flash and booming noise meant it many people witnessed it. 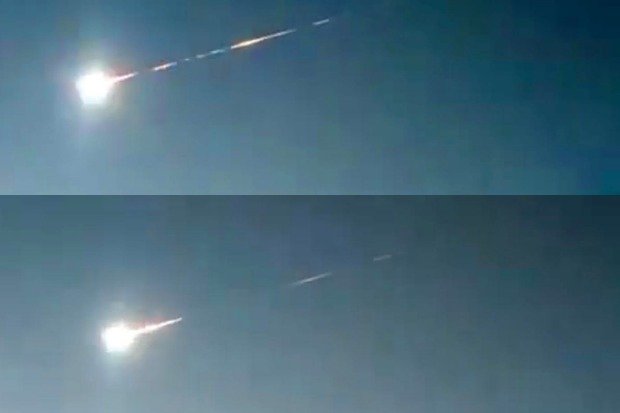 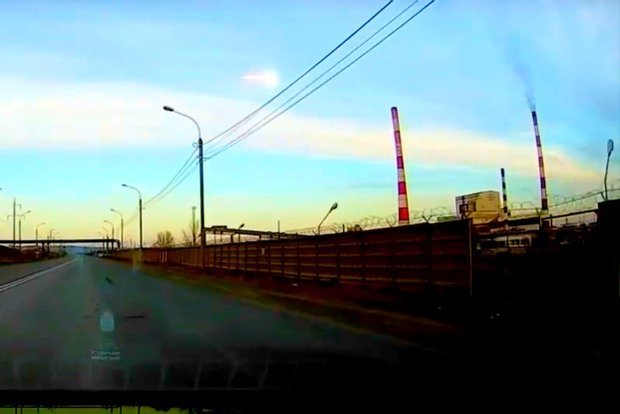 The local ministry of emergencies confirmed a meteor had been registered but said there was no threat to people or infrastructure, The Siberian Times reported.

In December a meteor exploded close to Russia’s Kamchatka peninsula, north of Japan, with a force ten times more powerful than the Hiroshima atomic bomb, according to NASA.

And on March 15 a meteorite slammed into Krasnoyarsk region with local reports saying it “warmed the air” and “shook the ground.”

The site is close to the world’s “largest known meteor explosion” known as the Tunguska Event.