Bloody Sunday: Boys aged 13 and 15 are shot on day of carnage as a man, 20, is stabbed to death in Luton and a 22-year-old injured in separate gun attack

Two boys, aged 13 and 15, were shot on a day of carnage on Sunday that also saw a 20-year-old man stabbed to death and a 22-year-old injured in a separate shooting.

The teenage boys survived after being blasted with a shotgun in broad daylight on a busy high street in Harrow, north west London, shortly after 1.15pm.

Then, emergency services were called to Bishopscote Road in Luton at around 4.40pm to reports that a man had suffered serious injuries.

The victim was pronounced dead at the scene, and officers with Bedfordshire Police have launched a murder investigation. 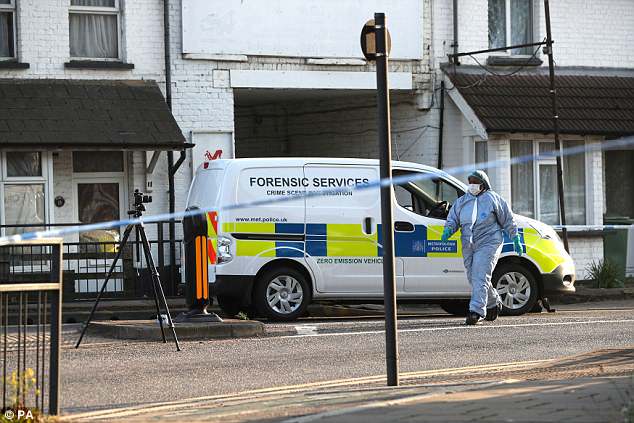 Two boys, aged 13 and 15, were shot in broad daylight in Wealdstone High Street in Harrow

Detective Chief Inspector Phil Moss, senior investigating officer, said: ‘This is clearly a shocking incident where a man has been fatally wounded in a public place in broad daylight.

‘The community will be understandably concerned and I’d like to reassure people we are taking this matter extremely seriously and have increased patrols in the area.

‘The area was fairly busy at the time so I would urge anyone who saw what happened or has any information which could help our investigation to get in touch immediately.’

Later, a 22-year-old was taken to hospital with gunshot wounds in Lewisham, south London.

Police were flagged down by a bystander in New Cross Road shortly before 6.30pm. The victim’s injuries are not life-threatening.

In Harrow, Police were called just minutes apart to the shootings at two locations in close proximity in High Street, Wealdstone. 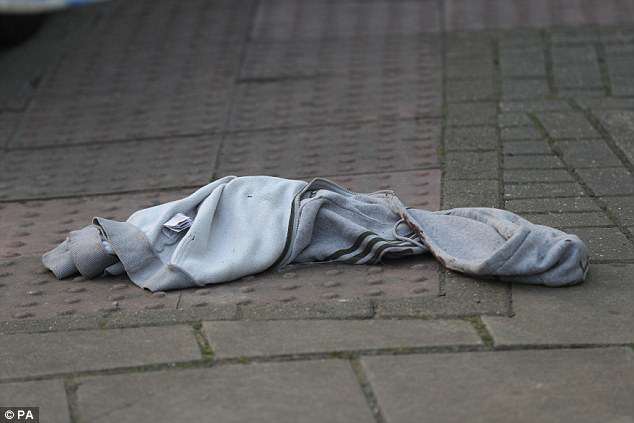 Palmerston Road, just off Wealdstone High Street, was blocked off with police tape and manned by uniformed officers.

A grey adidas sweatshirt with blood stains on the hood lay crumpled on the ground outside a Specsavers store along with a police exhibit number.

The manager of a betting shop, who did not give his name, said he was passing by on his lunch break and saw people gathered outside Specsavers around a black man on the ground.

He said: ‘He was holding his head down. I could not see his face but could see his white t-shirt was proper covered in blood.

‘He was sitting calmly as the paramedics were looking after him.’ 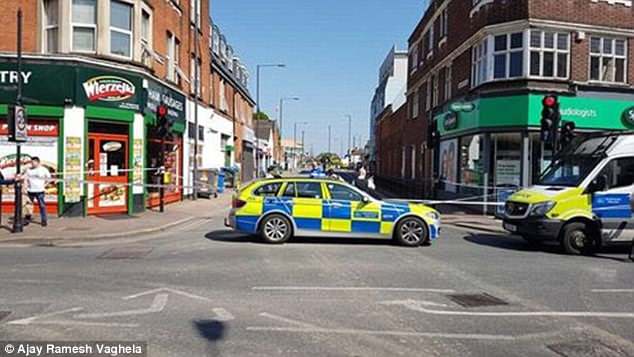 No arrests have been made and no firearm has been recovered, police said 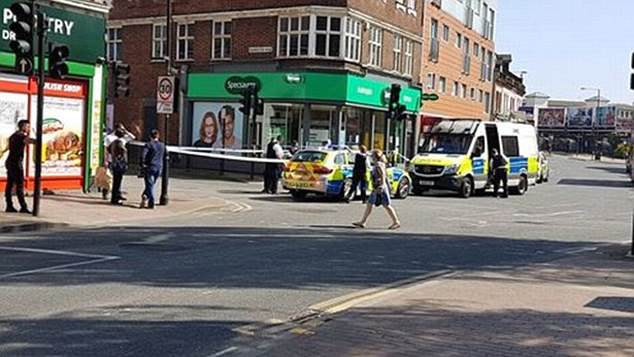 He described Wealdstone as a ‘kind of rough area and it can be a bit aggressive’.

He added that ‘seeing police around here is just another day’ and he was used to seeing boys ‘just hanging around’ in the street.

A green first aid bag could be seen behind the cordon as forensics officers took photographs and passers-by were diverted from the scene.

‘I was going to the gym and saw the police cars there. I asked police what happened and they said they’d been reports of a shooting,’ he told The Mirror. 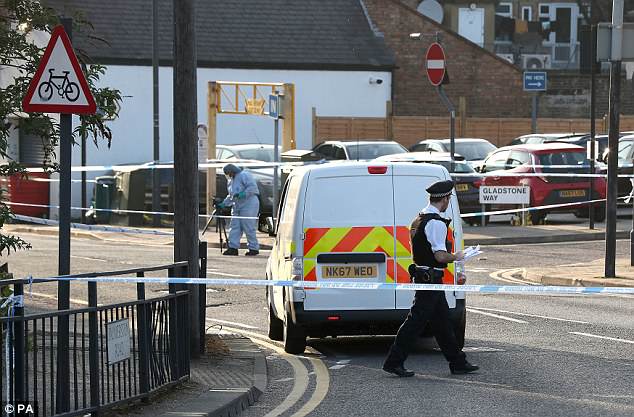 Police at the junction of Palmerston Road and the A409, following the two shootings in Harrow

Kebab shop manager Cemalettin SimSek added: ‘I didn’t see anything to do with the shooting because I was working, but then at around 1.30pm I saw loads of police appear in the High Street, too many of them.’

The 13-year-old is the youngest victim following a spate of violent crimes in the capital, as police investigate more than 60 alleged murders so far this year.

It comes after a 17-year-old boy was shot dead in broad daylight near his home in Southwark on Saturday.

Rhyhiem Ainsworth Barton – who rapped under the name GB – was discovered with critical injuries on Warham Street after officers were called to reports of gunshots on nearby Cooks Road shortly after 6pm.

Paramedics from the London Ambulance Service and London’s Air Ambulance went to the scene, but the teenager was pronounced dead just before 7pm. 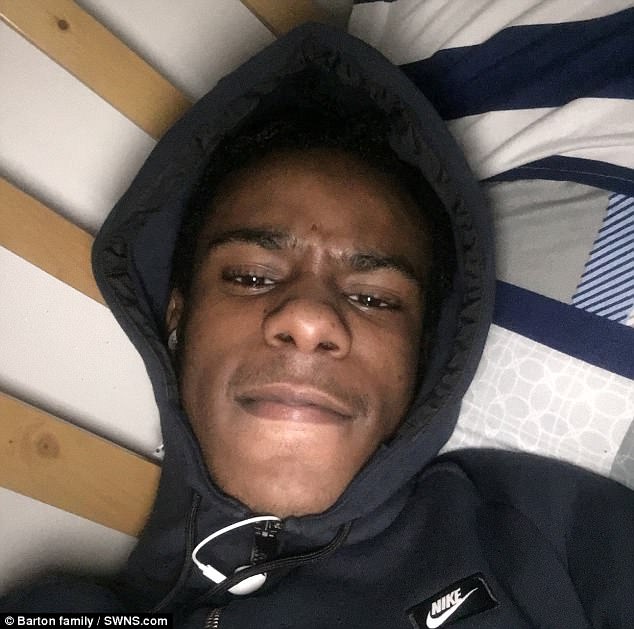 Rhyhiem Ainsworth Barton, 17 who was shot dead in south London on Saturday evening