Sir Cameron Mackintosh has made 200 staff redundant from his West End theatres, the latest blow to an industry already on its knees since the start of lockdown.

Yesterday, English theatres were allowed to open for the first time since the start of lockdown, but with a majority of seats remaining empty to ensure social distancing, many owners say it is not financially viable.

Sir Cameron, 73, who owns eight West End venues and has produced hits such as Les Miserables, Phantom Of The Opera and Hamilton, issued redundancy notices last week after being unable to reopen any of his theatres. 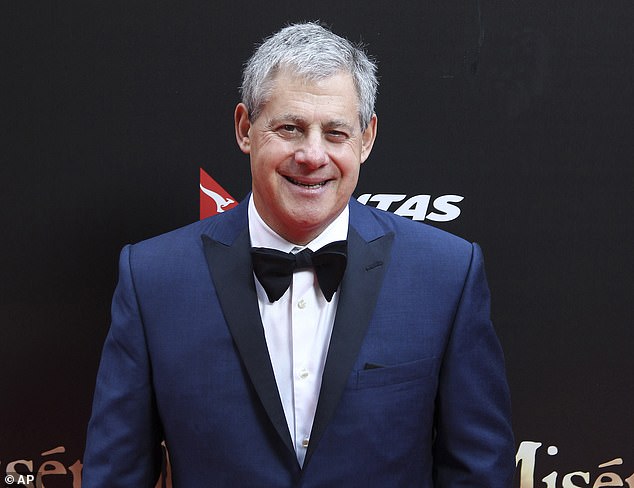 Sir Cameron Mackintosh has made 200 staff redundant from his West End theatres, the latest blow to an industry already on its knees since the start of lockdown

Boris Johnson recently pledged £1.57 billion to keep the arts sector afloat but Sir Cameron, together with his long-time collaborator Andrew Lloyd Webber, has urged the Government to do more.

Before last week’s decision, Sir Cameron warned: ‘We are likely have to push back our openings until next summer, causing further devastating losses to both the theatre industry and London’s economy – to which I have already contributed more than £1 billion in tax.

‘As a staunch Conservative, I have always admired Boris’s Churchillian spirit and so it would be a tragedy of Shakespearean proportions if history was to mark him down as the Prime Minister who presided over the closing down of one of Britain’s cultural and economic treasures for longer than the Black Death.’

A spokesman for Sir Cameron, who was knighted in 1996 for services to musical theatre, said: ‘It is a very sad time for everyone affected by this thankless situation, one we could never have imagined would have been forced upon the industry.’