Around £11million worth of luxury BMWs are to be scrapped after they were accidentally covered in sand while being shipped to Britain.

A huge pile of sand blew over the cars in strong winds at the German port of Cuxhaven, writing off around 450 vehicles.

Around 3,500 other cars needed to be cleaned and checked before they could be sent to British BMW dealerships. 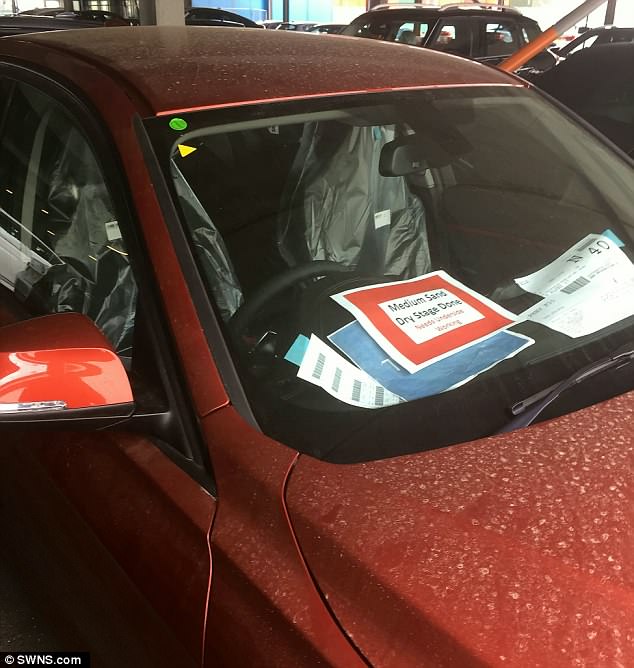 Sand is visible on the bonnet of this BMW, one of 450 written off in a storm at a German port 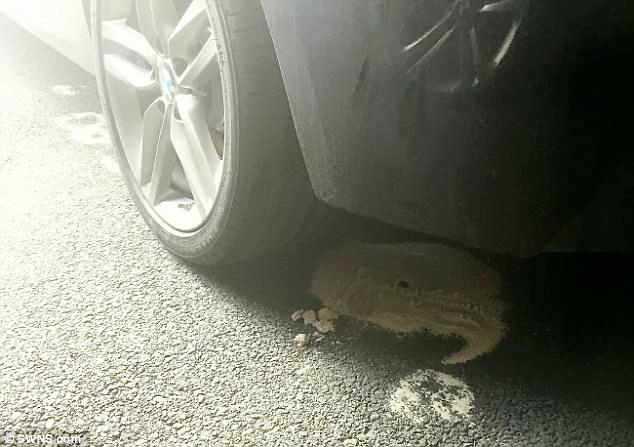 A storm blew a pile of sand over the parked cars, with photos showing it dripping out of them 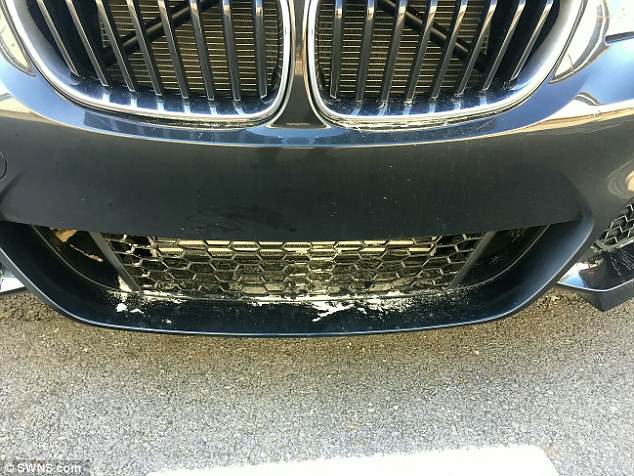 According to workers, several of the company’s flagship vehicles – reportedly including the £120,000 i8 hybrid sports car – were affected when the sand, which was also waiting at the port, blew over.

A firm in Southampton was tasked with cleaning ‘up to 30’ cars a day between April and June – and had to remove sand from air filters and alternators, an employee claimed.

Images from the operation show sand coming out of a car’s bumper, and pooling underneath.

An insider said: ‘A flat matte paint job for these cars costs around £20,000 – they are that expensive.

‘Around 4,000 cars were covered by big mountains of sand – many were scrapped costing BMW a small fortune.

‘The vehicles they didn’t scrap were distributed around the UK. We service BMWs to make them squeaky clean for dealerships and rental companies in the south of England. 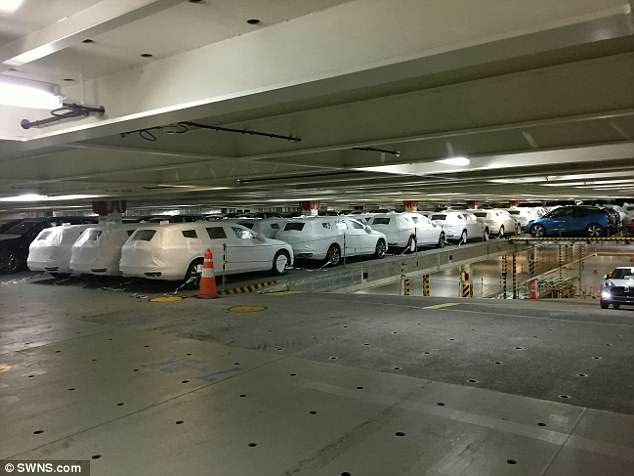 A huge number of cars were affected by the storm, with 4,000 damaged or needing cleaning 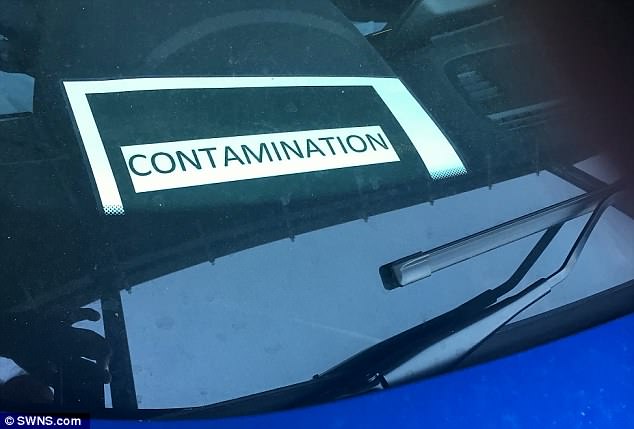 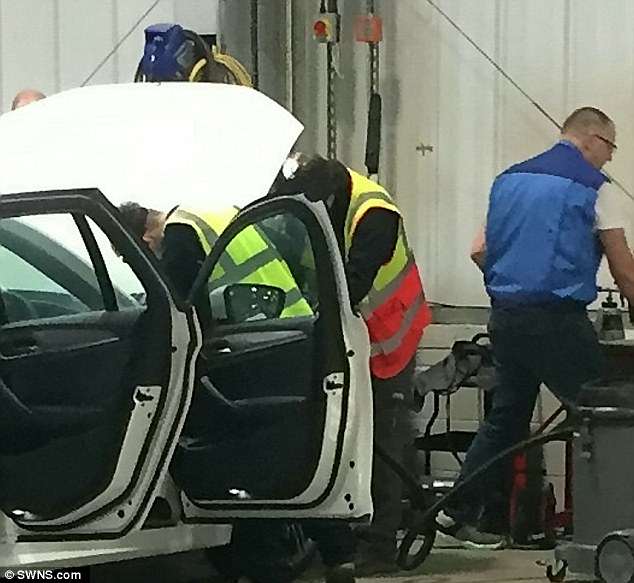 A firm in Southampton is cleaning the sand out of the cars’ bumpers, radiators and engines

BMW denied i8s were among those scrapped – but said 450 cars were destroyed and had to be replaced.

A BMW spokesman said: ‘A number of BMW vehicle orders were affected due to a major storm in Cuxhaven, one of the key ports through which many UK-bound vehicles travel.

‘The severe weather resulted in construction materials located at the Port contaminating a number of vehicles while in transit.

‘Roughly 4,000 cars were at the port so needed to be checked.

‘Of those, there are about 450 where we deemed it necessary to either build a new car for the customer or offer them an alternative vehicle that we already had in stock.’ 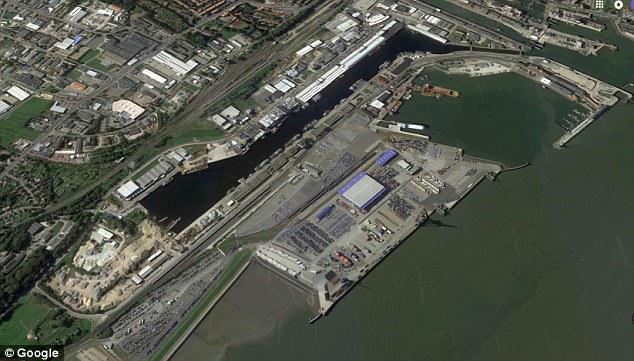 The spokesman added: ‘As a precaution we thoroughly checked and cleaned every vehicle, many of which were completely unaffected.

‘However, some were affected by varying degrees of sand ingress as a result of the sandstorm.

‘In the case of these more severely affected cases, these customer orders were replaced with entirely new cars.

‘This has meant a delay for a number of customers in receiving their vehicles but ensured they are receiving a vehicle in perfect condition.’