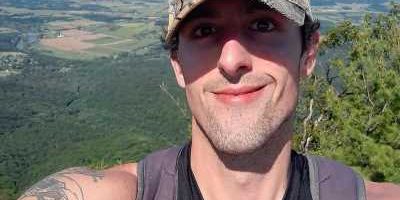 Officials believe human remains found Thursday near the Hessie Trailhead in Boulder County could belong to a hiker missing since February.

A volunteer with the Front Range Rescue Dogs organization was preparing for an organized search for the remains of Joshua Hall, who has been missing since Feb. 3, when they found partial human remains about 4.3 miles west of the Hessie Trailhead, located at 730 Fourth of July Road, according to a news release. The remains were found near a small stream were less than half a mile off the Diamond Lake Trail.

The gender and age of the person found is unknown due to decomposition and possible animal activity, the release states. Based on where the remains were found and items found near the body, Boulder County Sheriff’s officials believe the remains may be Hall’s body.

The Boulder County Coroner’s Office will determine the identity of the body as well as the cause and manner of death.

According to past reporting, Hall, 27, started a hike at the Hessie Trailhead near Nederland at 9:30 a.m. Feb. 3, with his dog, Happy. Hall’s family called dispatchers after he failed to return later that day.

Boulder County Sheriff’s Office reported Hall’s vehicle found at the trailhead that night, and searchers checked accessible cabins and mine shafts along the 4th of July Road and along the Devils Thumb Lake Trail below the Diamond Lake cutoff.

Hall’s dog, Happy, was found hungry but alive on Feb. 11 by a passerby on Peak to Peak Highway south of Ward.