THE body of a woman has been found lying on the side of a busy road as cops launch a murder probe.

A member of the public discovered the remains "in some undergrowth" on the northbound A3 slip road out of Guildford, say Surrey Police. 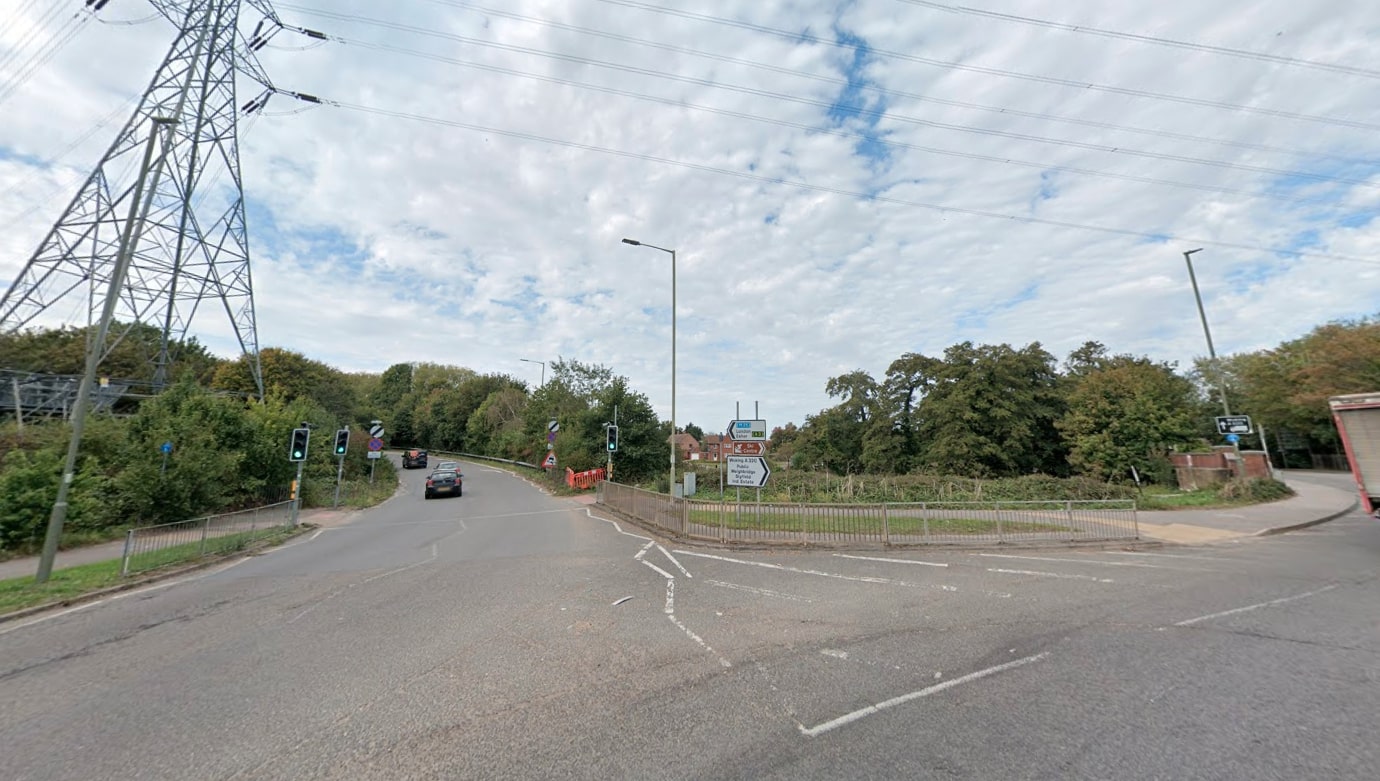 However, the dead woman has not as yet been identified.

Police say she is believed to be in her 40s, and enquiries continue to identify her, and contact her next-of-kin.

But a murder investigation has been launched, the Surrey Police confirmed tonight.

Investigators believe the victim was killed elsewhere, before her "body was left in this location".

Officers were called to the northbound A3 slip road out of Guildford, close to the junction of the A320 Woking Road, at around 3pm yesterday.

Cops closed the road last night and it remained shut today for a forensic investigation of the scene.

Two men have been arrested this evening in connection with the investigation.

They remain in custody, the force says.

We believe the murder was committed elsewhere, with the victim's body left in this location.

Surrey Police added in an update: "A murder investigation has been launched after a woman’s body was discovered in Guildford yesterday.

"Officers were called to the northbound A3 slip road out of Guildford… after a member of the public discovered a body in some undergrowth.

"An investigation, led by Surrey and Sussex’s major crime team is in the early stages."

Det Ch Insp Emma Vickers said: “We are investigating this as a murder, which we believe has been committed elsewhere with the victim’s body left in this location.

“We are still trying to determine how long the body had been there for and we are working with forensic experts as part of our enquiries.

"We will issue further updates as soon as we are in a position to do so.”

DCI Vickers added: “While our investigation is in the early stages, we would like to reassure local residents that there is a dedicated team of officers working round the clock to establish exactly what has happened and we will provide more information as and when we are able to.”

The slip road is closed until further notice and a cordon is expected to remain in place for at least another day.

The force said it "respectfully asks that motorists avoid using this route for the time being and for members of the public to respect the cordons in place".