THE bomb squadhas been called to the M20 after a police chase as a 15-mile stretch of motorway is closed in both directions.

Cops had tried to stop the car as it sped along the motorway near Junction 12. 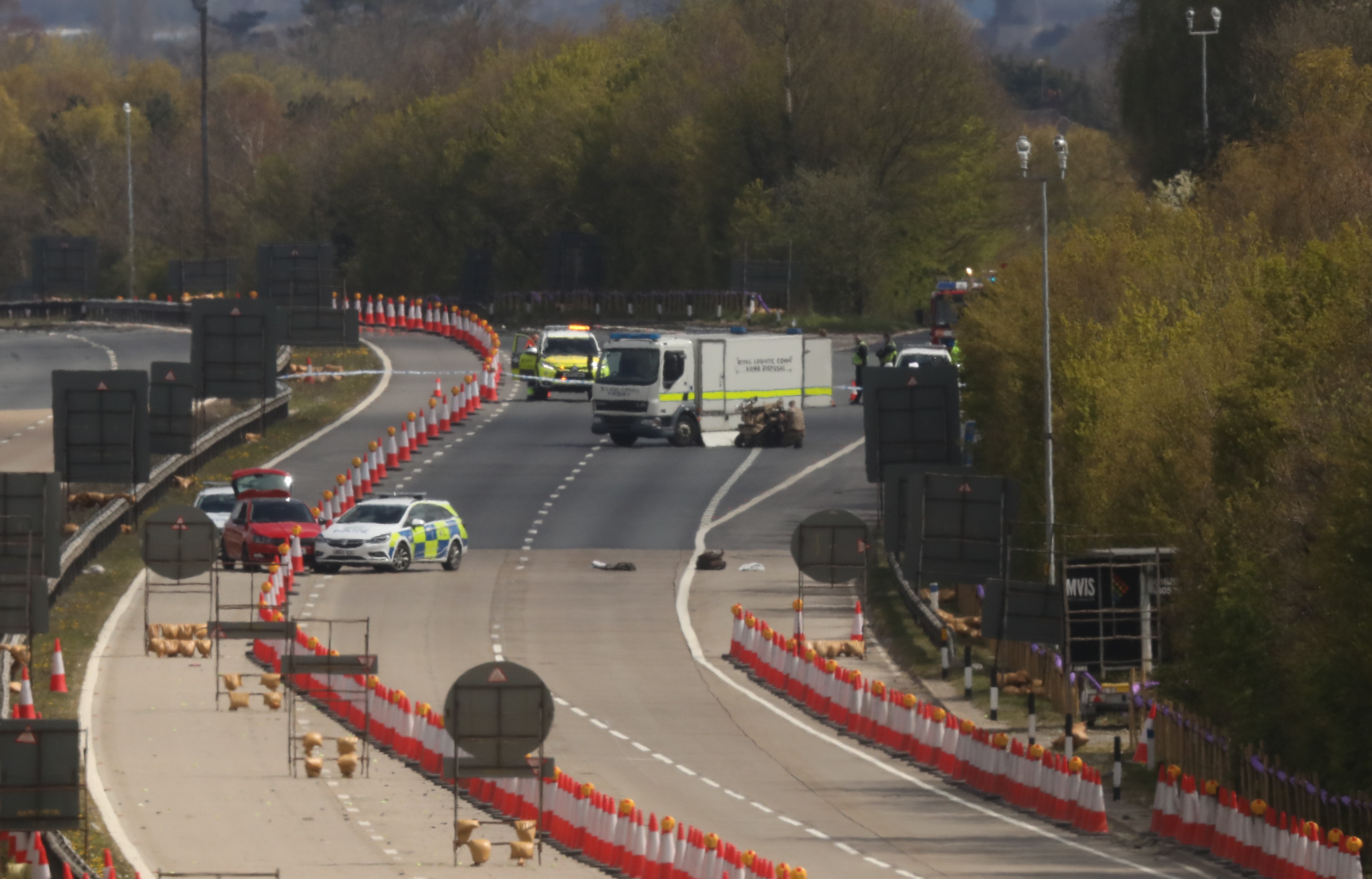 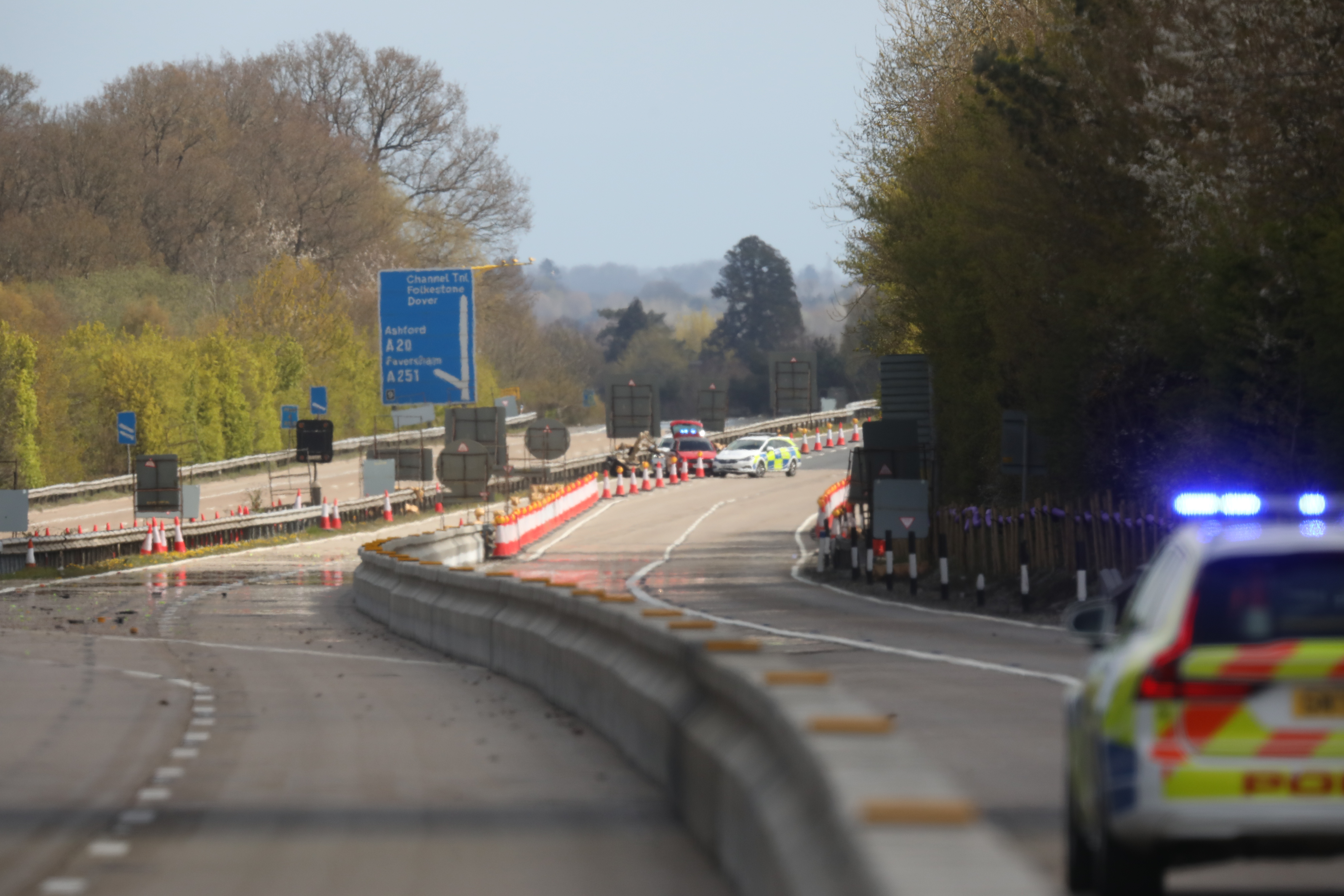 But the driver did not stop and exited the motorway before returning on the London-bound section of the M20.

Following a high-speed chase police brought the car to a stop at Junction 9.

A 27-year-old man has been arrested on suspicion of dangerous driving and failing to stop for police.

The British Army bomb squad were scrambled to the scene over concerns about the car, police said.

A Kent Police spokesman said: "The M20 is currently closed in both directions between Junctions 8 and 9 following the arrest of a man by Kent Police.

"Shortly after 11.25am on Sunday 25 April 2021 officers attempted to stop a vehicle travelling at excess speed on the M20 coastbound near Junction 12.

"The vehicle did not stop and exited the motorway before returning onto the London-bound carriageway.

"It was pursued to Junction 9 where a police car made tactical contact with the vehicle, bringing it to a stop with no injuries reported.

"A 27-year-old man from Wales was arrested on suspicion of dangerous driving and failing to stop for police.

"The motorway has been closed to allow for the carriageway to be made safe for road users, who are advised to find alternative routes if possible.

"The British Army's Explosive Ordnance Disposal team is also currently at the scene as a precautionary measure following concerns about the security of the subject vehicle." 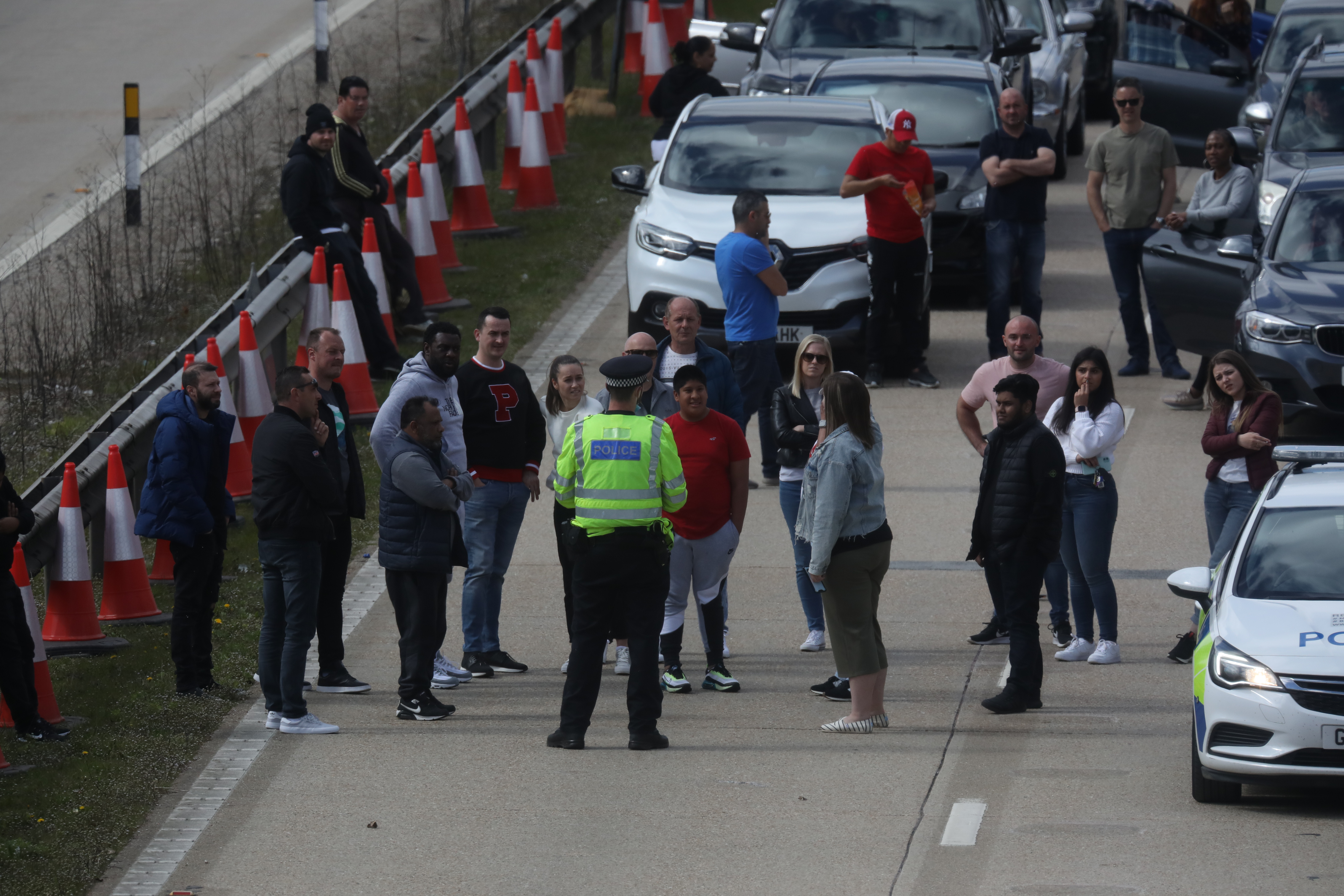