UNDER-fire 007 director Cary Fukunaga recorded himself asking "where are the teenage girls at?" on the set of a movie years before being accused of using his film sets to pursue young female cast and crew members.

The short video, which has been viewed by The US Sun, was recorded in January 2008 and appears to have been captured on the set of the critically acclaimed thriller Sin Nombre, which Fukunaga wrote and directed. 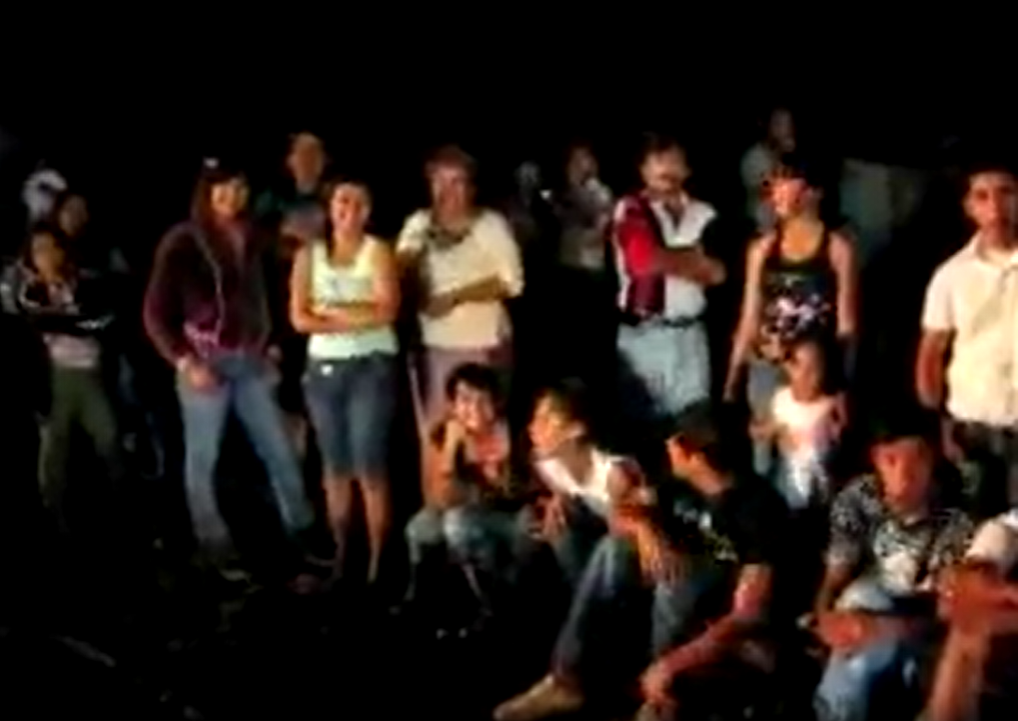 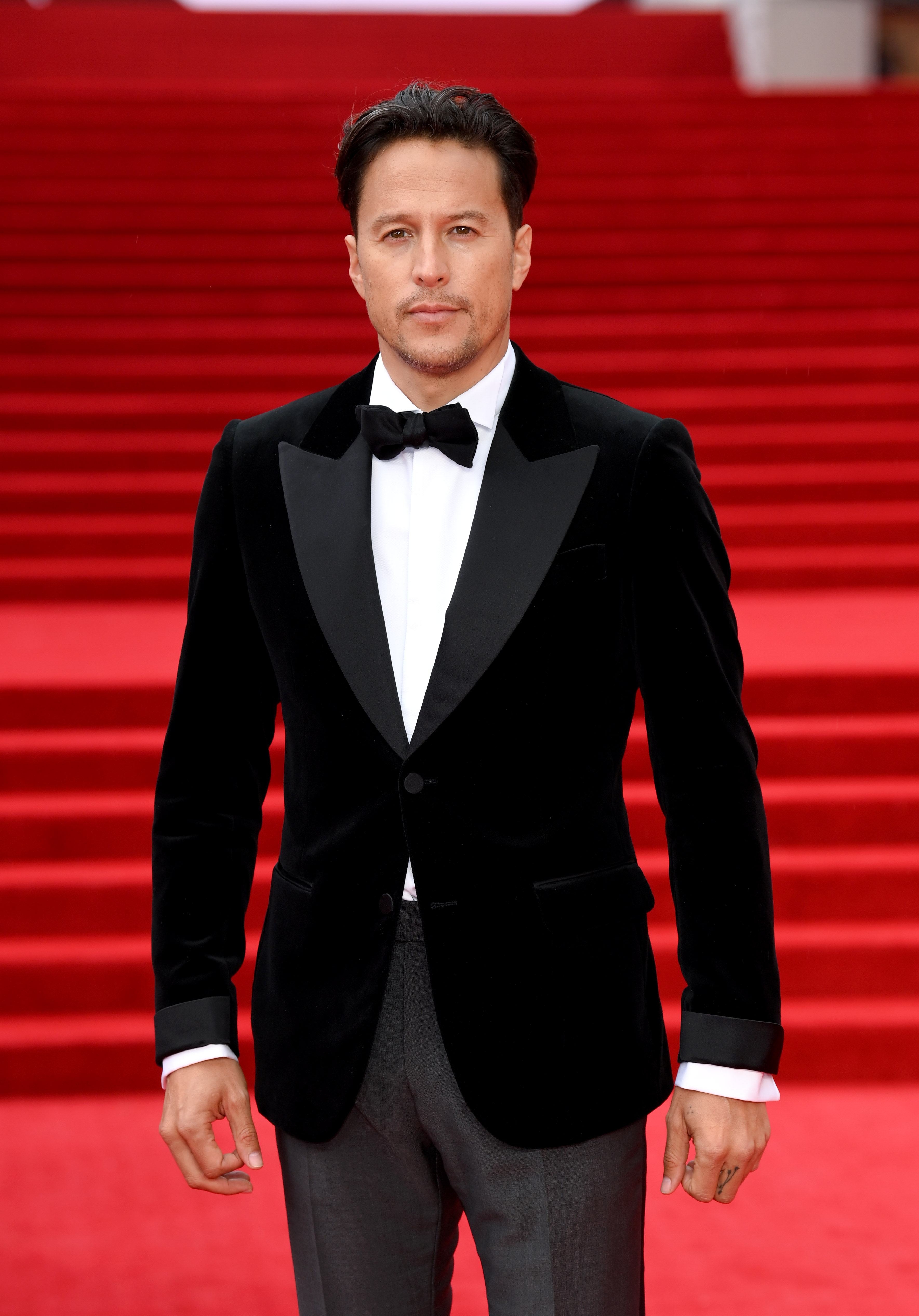 In the footage, Fukunaga, who would've been 30 years old at the time, pans the camera around for several seconds showing the cast and crew surrounded by a large audience of spectators during a night shoot.

The filmmaker then approaches one of the film's producers, Amy Kaufman, and asks: "Where did all these people come from?"

Kaufman responds to Fukunaga with a smile, saying: "They all came to see you because you're so handsome, especially all the teenage girls over there."

A voice from behind the camera – it's unclear who – then appears to say "daddy" in a high-pitched tone before Fukunaga asks, "Where are the teen girls at?" and sets off in the direction pointed out by Kaufman.

"Oh they're all over here waiting for you," Kaufman replies, before adding, "can I introduce you to Cary Fukunaga's fan club?"

Fukunaga then walks over to a group of predominantly young-looking women, and a handful of males, and continues to film them in silence as they wave back excitedly at him.

"Oh they're so excited," Kaufman squeals, as the video abruptly cuts out.

Both Fukunaga and Kaufman have been approached for comment by The US Sun.

UP IN THE AIR

BGT semi-final descends into chaos with children left in tears

The resurfacing of the footage comes as Fukunaga, 44, has been accused of inappropriate conduct with young women on films sets in a report by Rolling Stone.

More than a dozen sources told the outlet that Fukunaga repeatedly crossed professional boundaries to pursue sexual relationships with multiple younger female cast and crew members on his productions.

One unnamed crew member claimed that Fukunaga's persistence in pursuing these women "bordered on workplace harassment."

Another source, who said she dated Fukunaga for a few months after meeting him on a set, said the No Time To Die director made her feel "so claustrophobic and suffocating."

Two other sources, who worked with Fukunaga on Apple TV+'s forthcoming series Masters of Air, claimed that after shooting one scene Fukunaga lingered behind to take pictures of two background actresses who were dressed as prostitutes, one of whom had just turned 18.

According to those sources, Fukunaga cheered the women on while they posed suggestively for the camera, bending against a wall and kneeling on the ground.

Fukunaga is alleged to have claimed he needed the pictures for continuity purposes, though typically such a task would be carried out by a member of the wardrobe department rather than the director of a large production.

“That was my first gut check,” one of the sources told Rolling Stone of Fukunaga allegedly photographing the two young women.

“It was way past the line. There’s no sort of argument … that it is OK in any way. It’s an absolute, clear-cut abuse of power.” 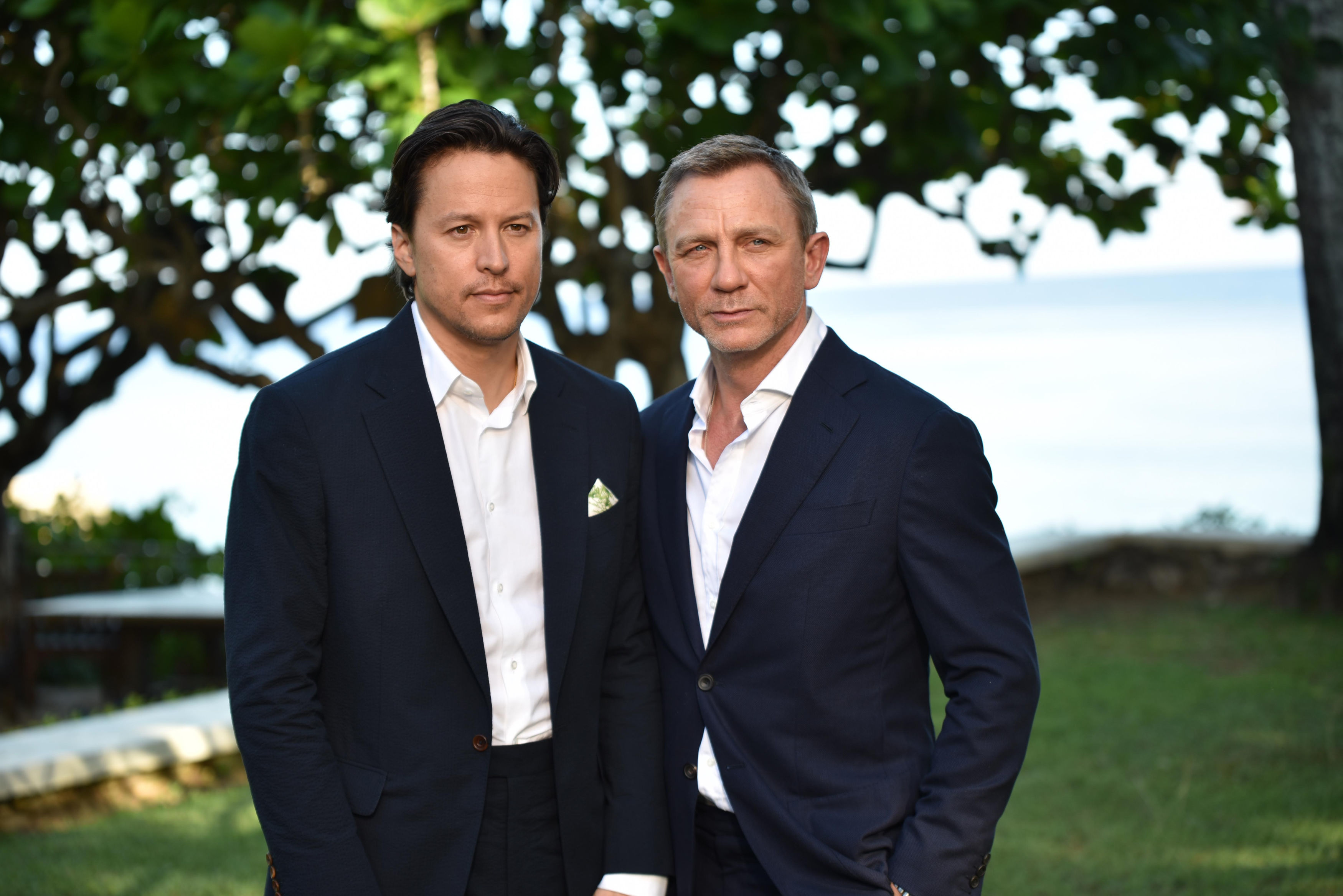 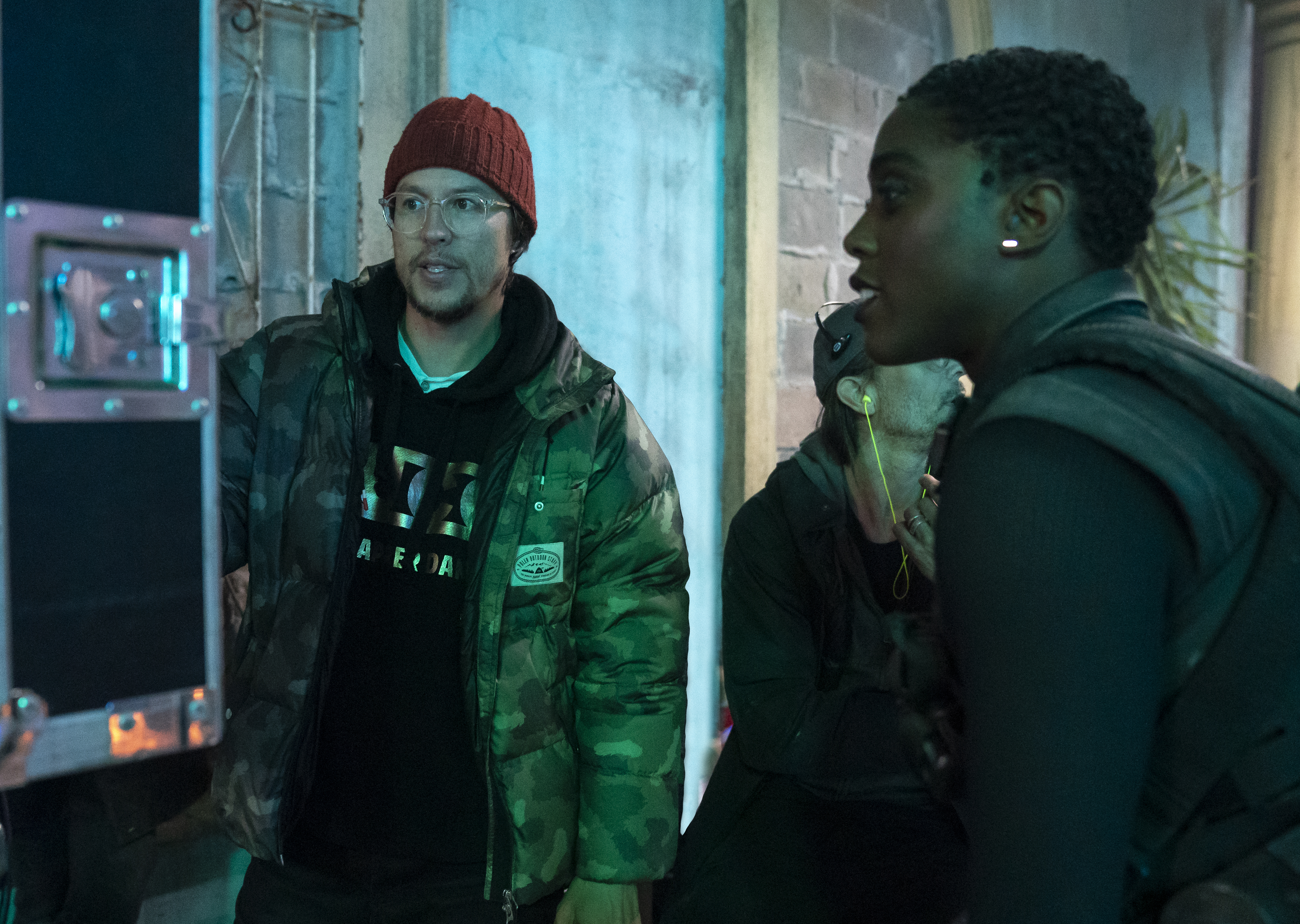 In a statement to the outlet, Fukunaga's attorney, Michael Plonsker, denied the claims made in the report, saying in a statement: "There is nothing salacious about pursuing friendships or consensual romantic relationships with women.

"Nevertheless, because that would not fit your narrative, you conclude he has done something wrong."

Plonsker further noted that "no one ever — not once — voiced such sentiments" about the claims directly to Fukunaga.

“He creates a work environment that is creative, collaborative, and welcoming to all,” Plonsker added in the statement.

The allegations against Fukunaga first surfaced last month when the actress and professional skateboarder Rachelle Vinberg accused him of being a "groomer" in a post published on her Instagram page.

The 23-year-old, who says she first met Fukunaga when he directed her in a commercial the day after her 18th birthday, began a consensual relationship with him that turned sexual when she was 21.

"He literally doesn't care about women. He only traumatizes them," Vinberg wrote in part. "I spent years being scared of him. Man's a groomer and has been doing this for years. Beware women."

Vinberg claimed that Fukanaga told her their relationship had to be kept secret and that he'd often introduce her as his cousin, niece, or sister when they were out together in public.

"I tried to reach out to him in the past about how he made me feel and he's never taken accountability, he's basically brushed me off," she added.

Vinberg claimed her experience with Fukunaga left her so traumatized that she's in therapy and has been diagnosed with PTSD.

Her claims were followed by allegations may by two other women, twins Hannah and Cailin Loesch, who say they met Fukunaga on the set of Netflix's 2018 show Maniac when they were 20.

The twins also claimed that during a private screening of No Time To Die at Fukunaga's New York apartment, Fukunaga "massaged Cailin with his hand under her skirt" in front of her sister and then pulled Cailin on top of him.

"Cailin lie [sic] there limply, just as terrified of what it would say about her if she followed his lead as it would if she didn't. Then she climbed off," the twins claimed.

"He seemed disappointed but invited us both to 'drop acid' and do molly [the drug MDMA or ecstasy] at his house."

Following the alleged incident at Fukunaga's home, the Loeschs claim they never saw or heard from him again, save for a text he sent to Hannah claiming it had all been a big misunderstanding, and that he had "nothing but respect" for the pair.

Addressing Vinberg’s allegations, Plonsker claimed that the director “had a very brief and consensual romantic relationship with [Vinberg] that has ended”.

“Ms Vinberg is clearly not happy with Mr Fukunaga, but as everyone knows, relationships end all of the time, and many times one person (or both) are unhappy,” he said, denying allegations that Fukunaga groomed her.

Once Upon a Time in Hollywood star Margaret Qualley – who was romantically linked to Fukunaga in 2017 – liked Vinberg’s post about “gaslighting” men on Instagram.

Kristine Froseth – who has also been previously romantically linked to Fukunaga – similarly shared Venberg's initial statement in an Instagram story.

The claims come several months after actor Raeden Greer accused Fukunaga of firing her from the first season of True Detective when she was asked to go topless for a scene and refused.

“It was degrading,” Greer told The Daily Beast. “And now, Cary is out here talking about his female characters — it’s like another slap in the face over and over and over.”

Fukunaga went on to win an Emmy in 2014 for directing the first season of True Detective.

He is also the first American ever to direct a 007 film, following the release of Daniel Craig's bow-out as Bond in 2021's No Time To Die. 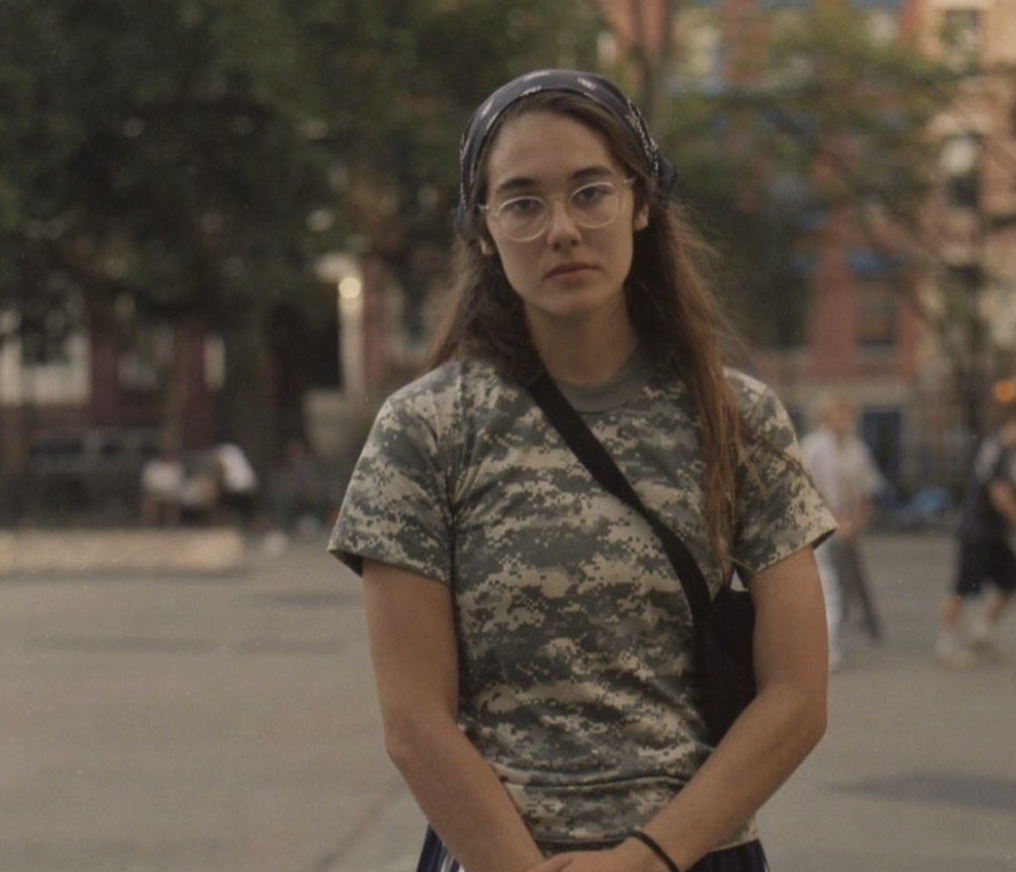 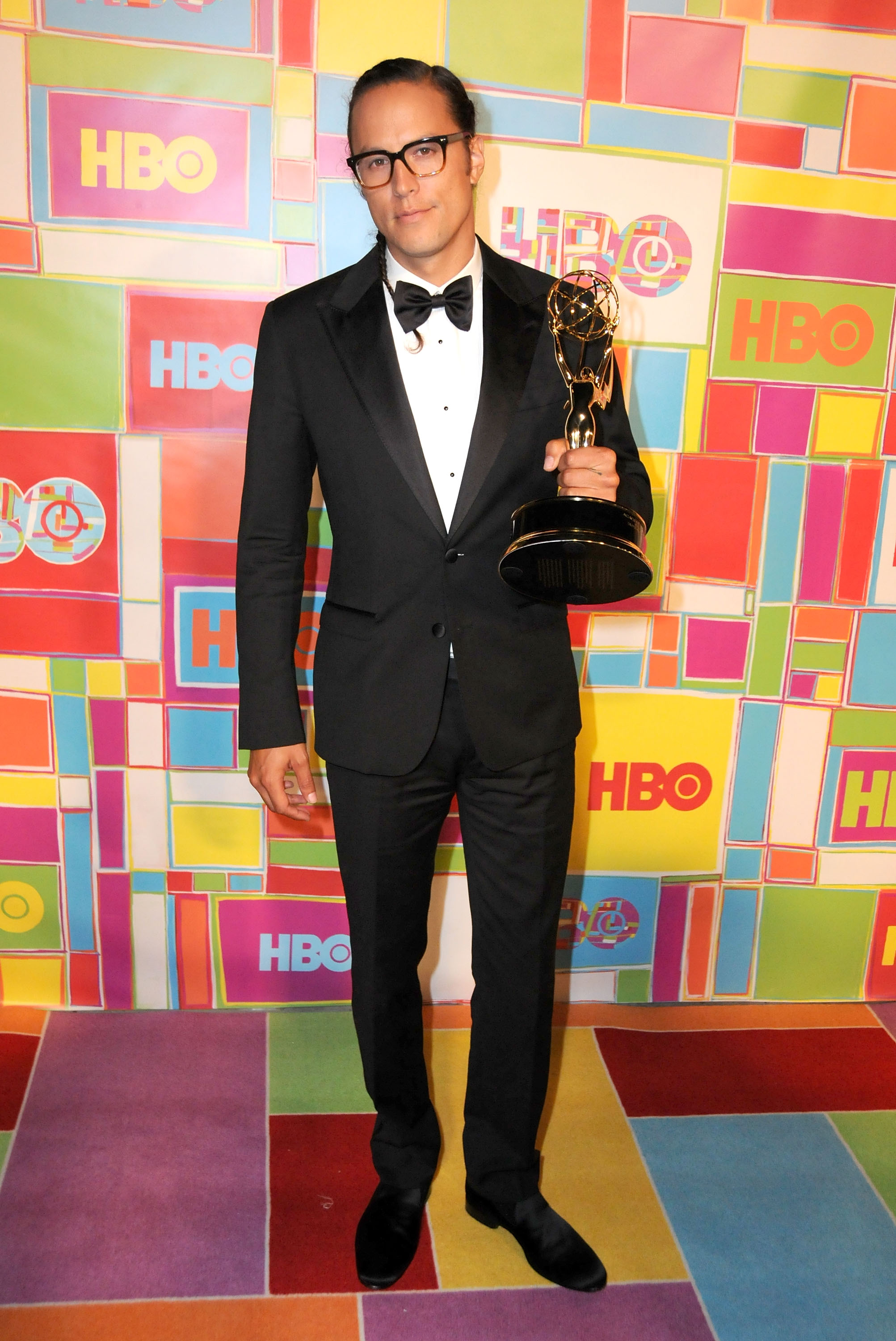