BOOZY Brits have let their hair down as they hit the town last night with indoor drinking finally returning.

Some thirsty drinkers will be waking up with sore heads after Brits blew £2.8 million a minute enjoying The Great Indoors in fully open pubs and restaurants. 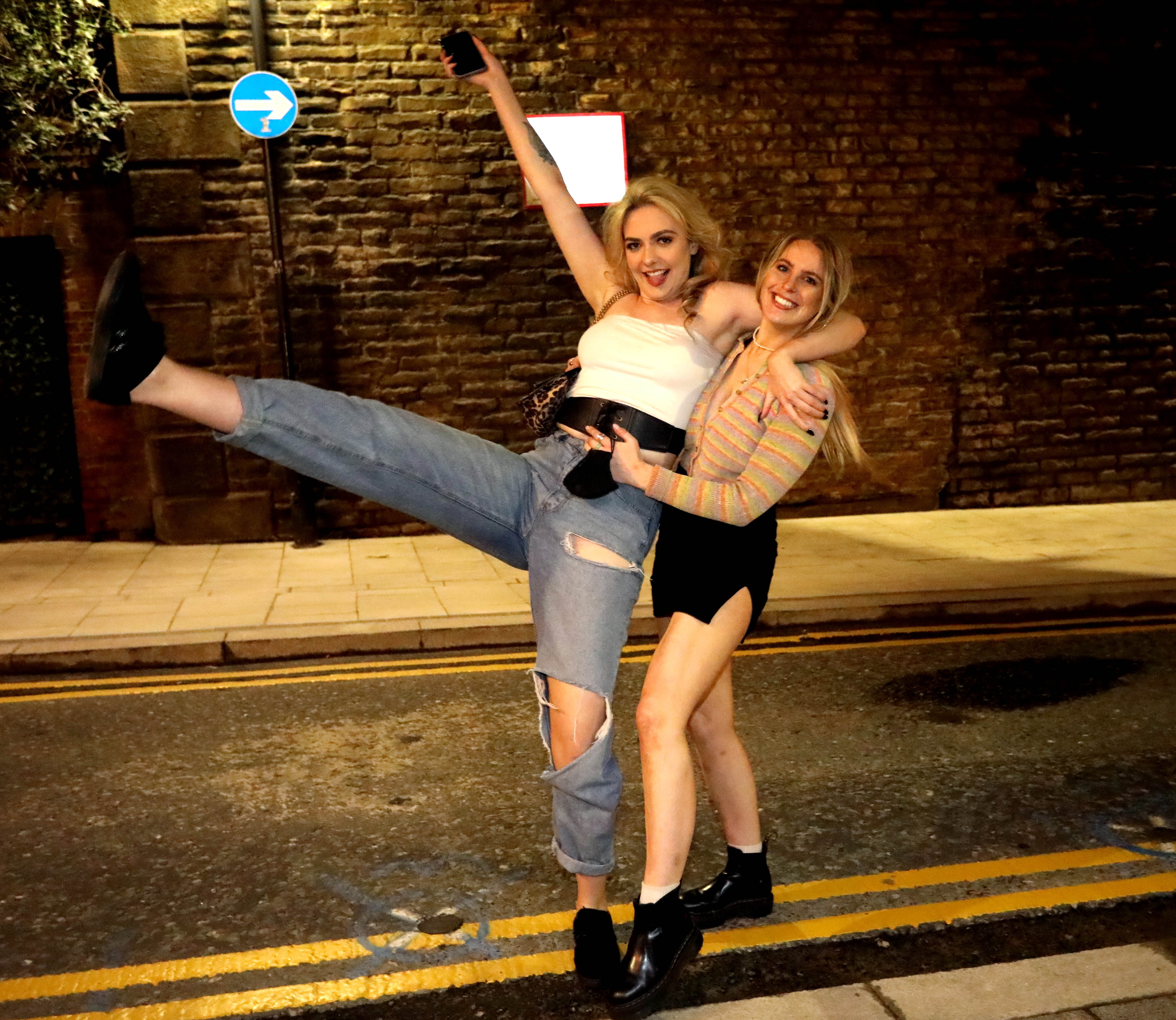 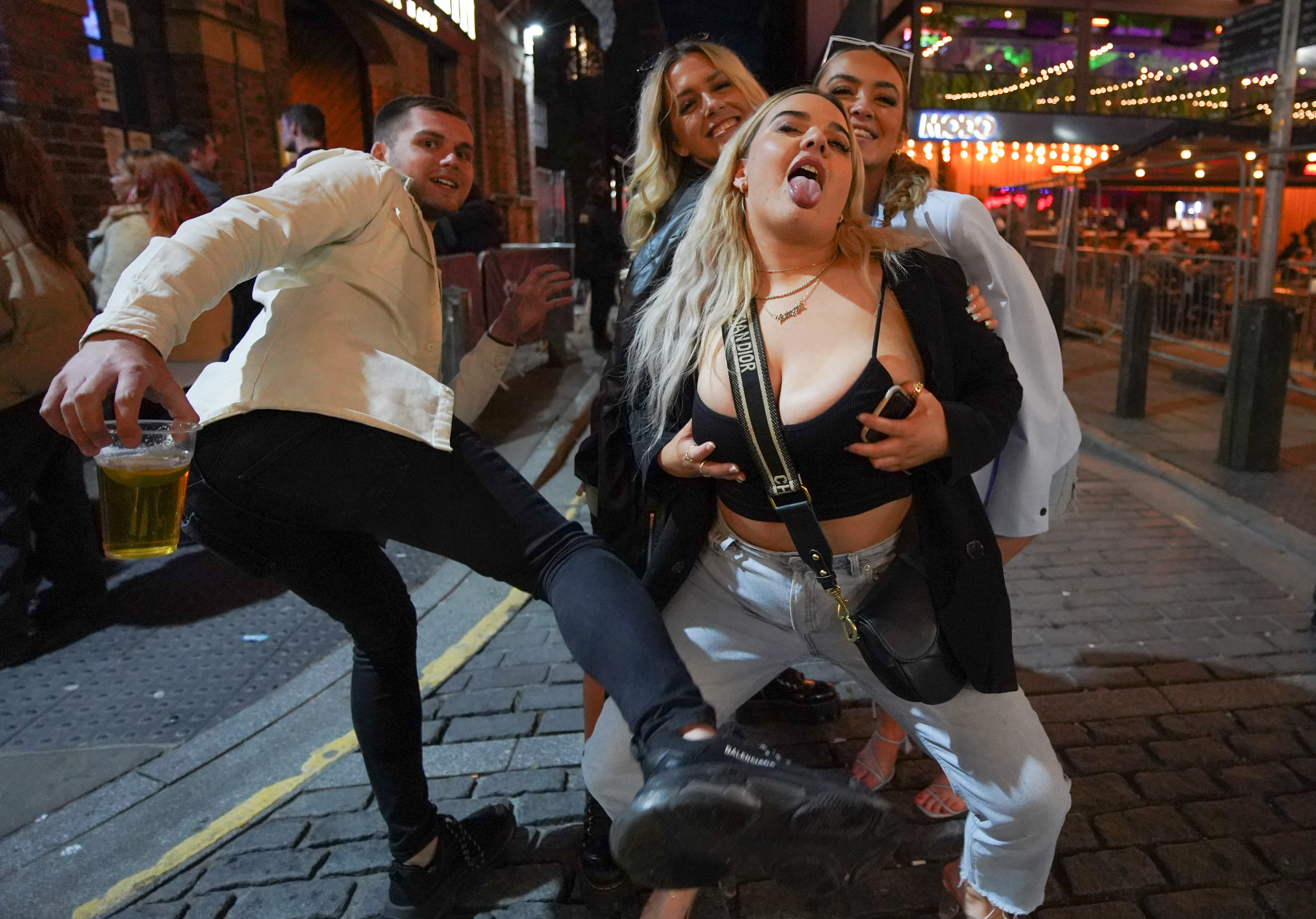 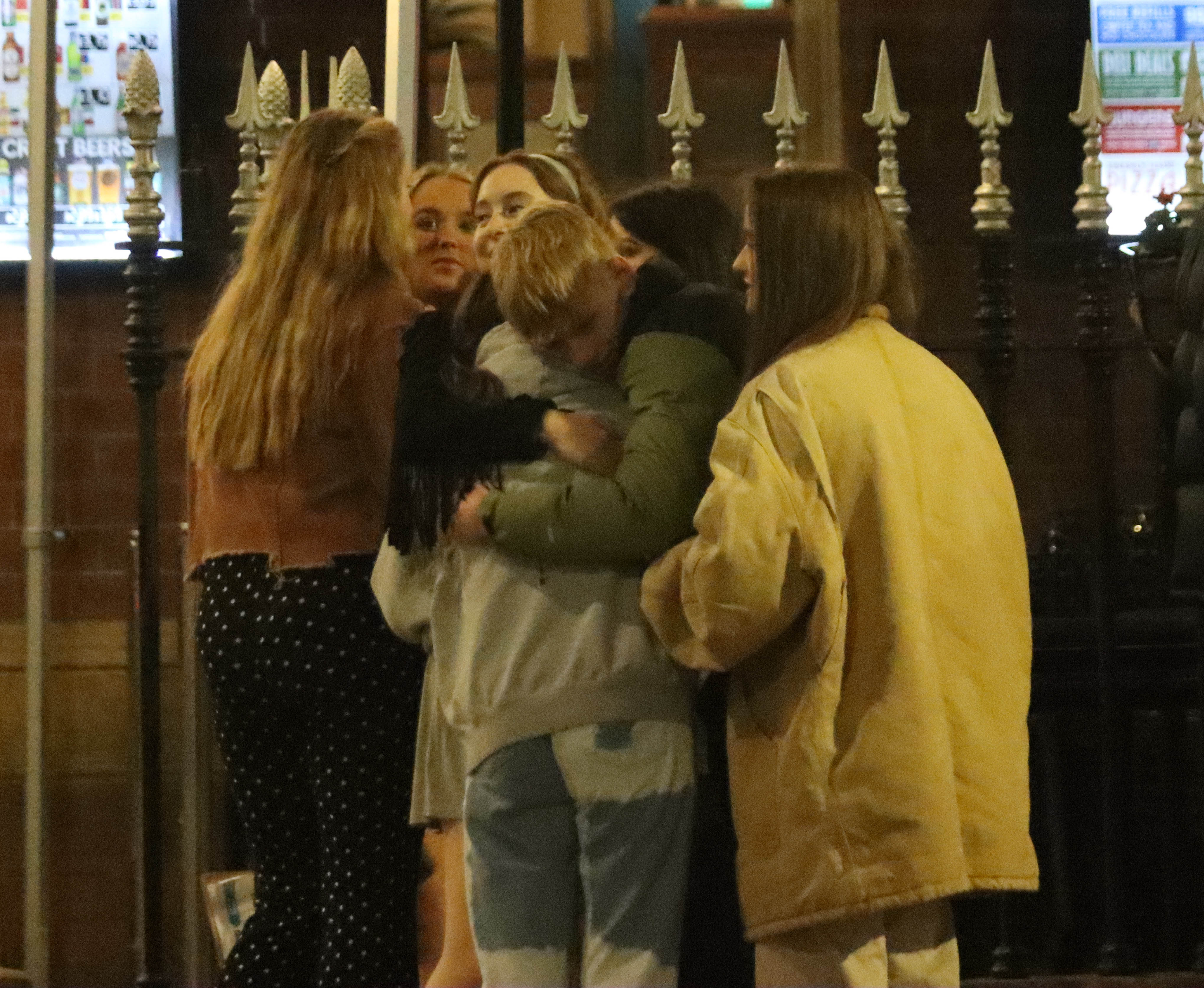 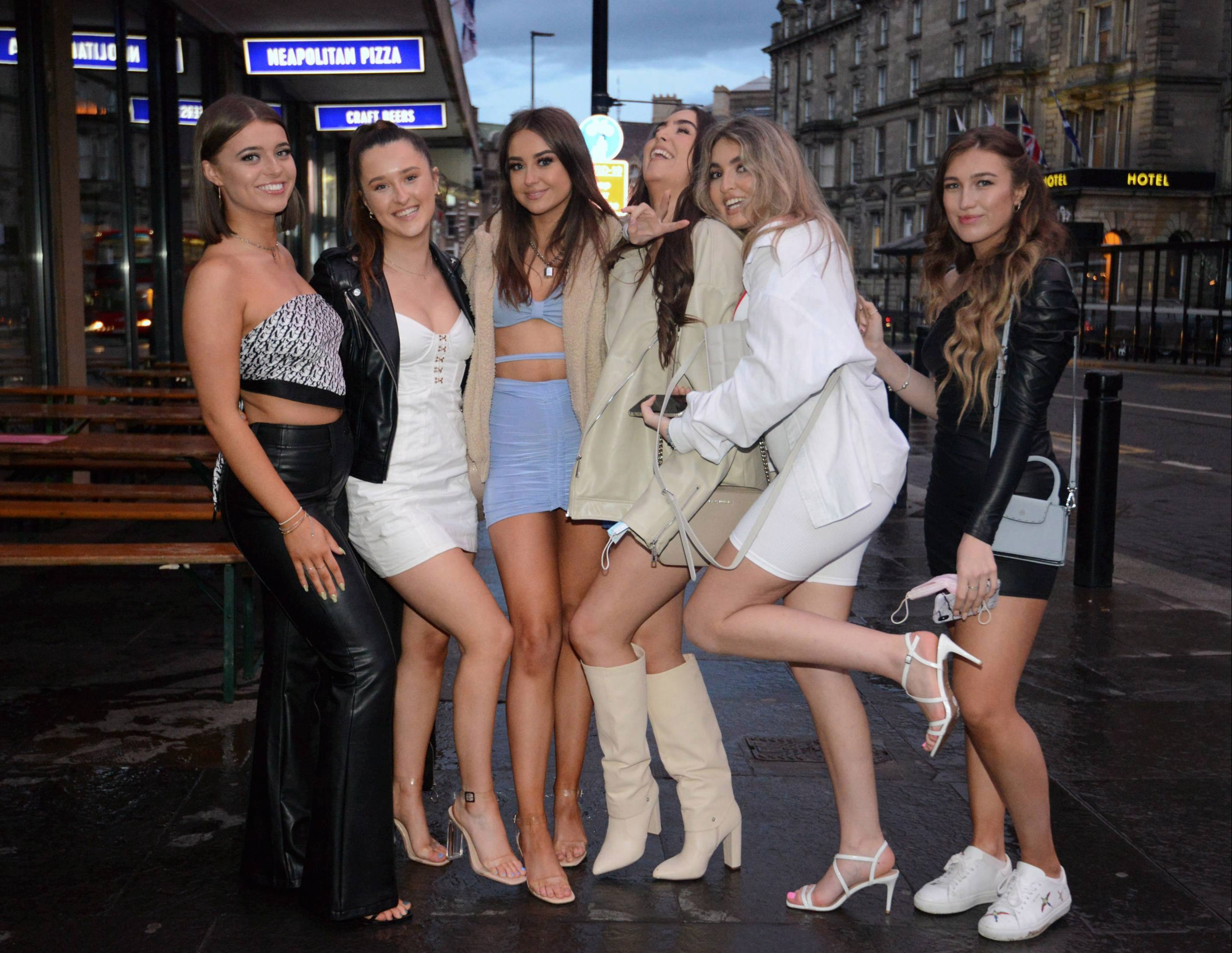 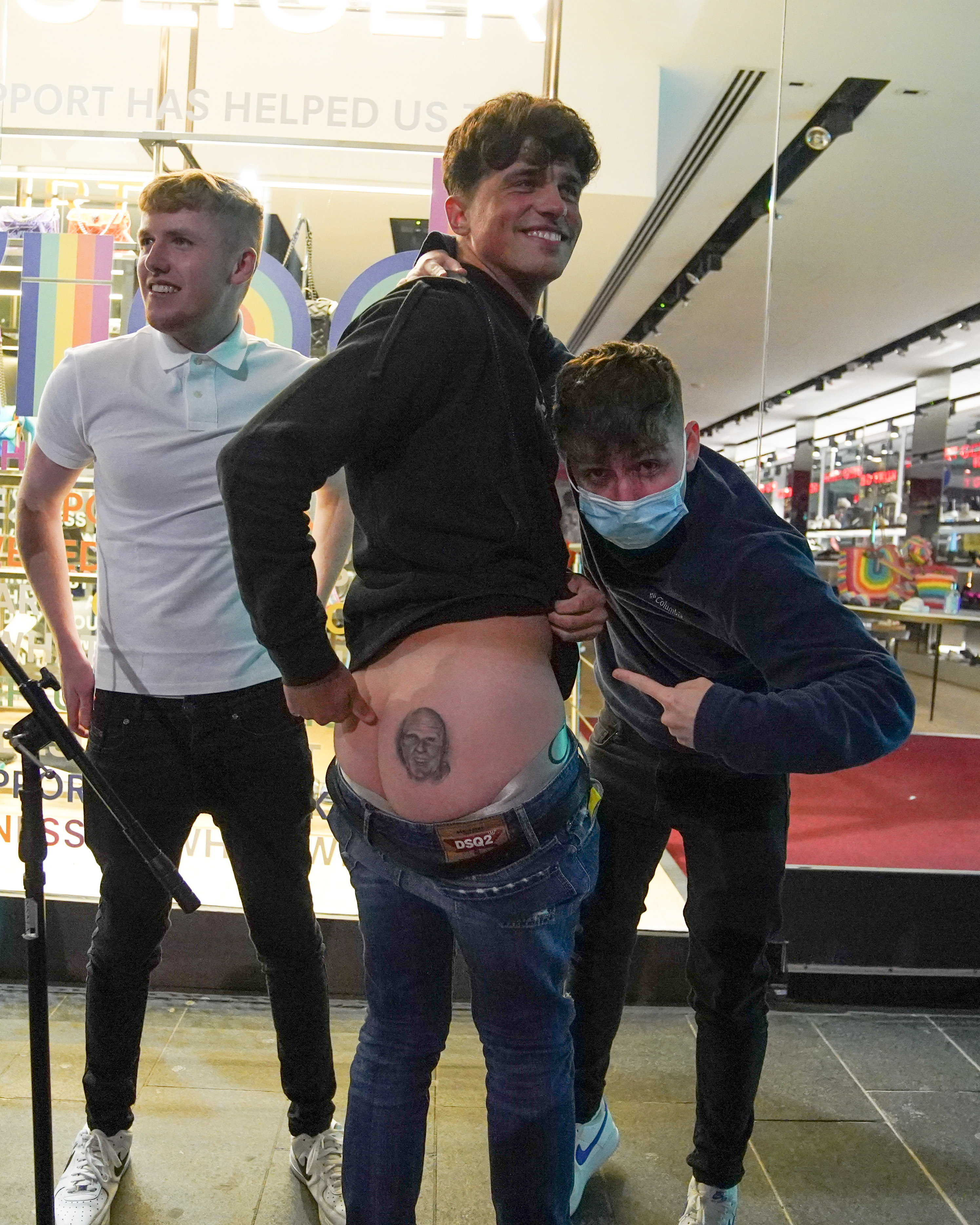 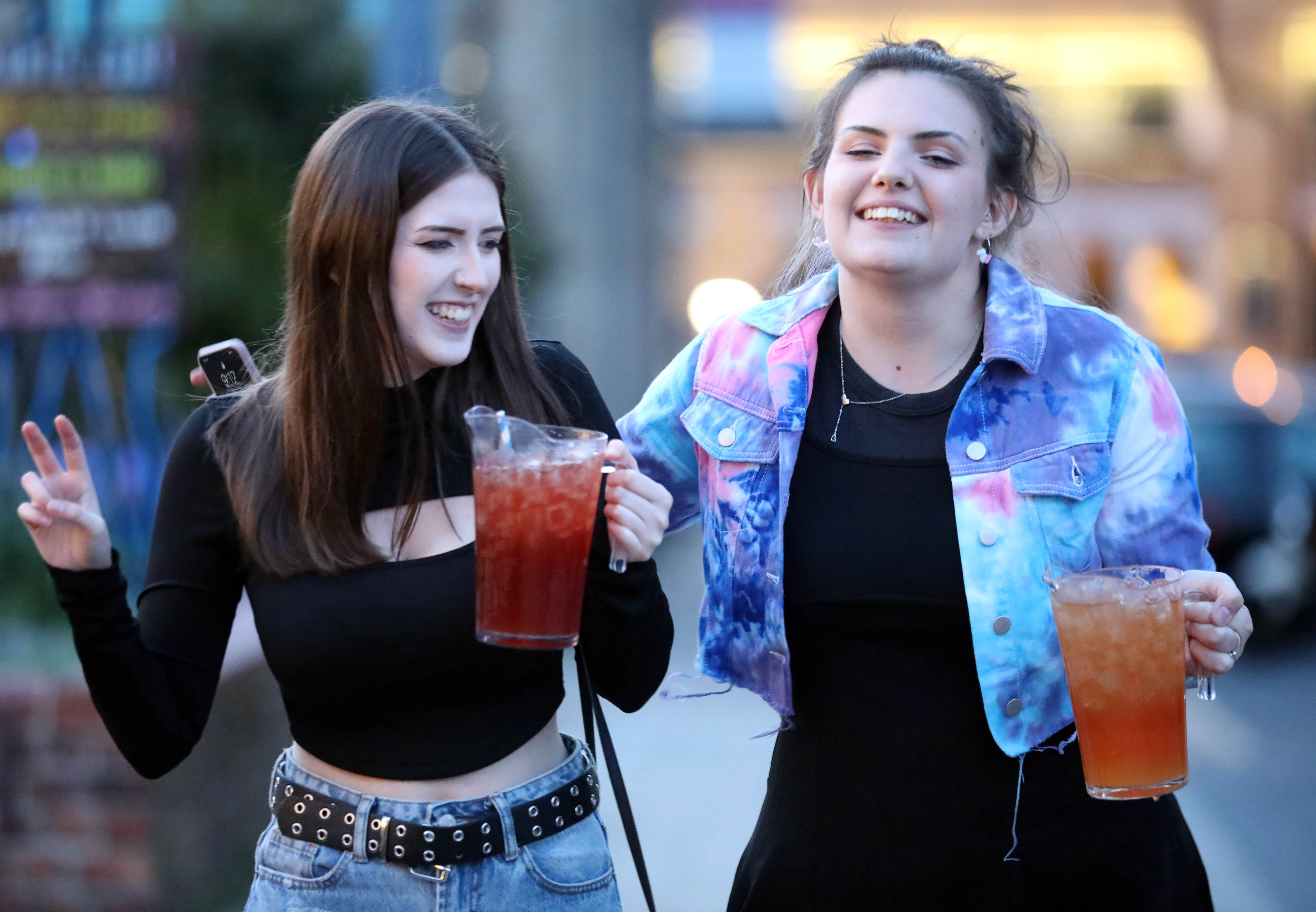 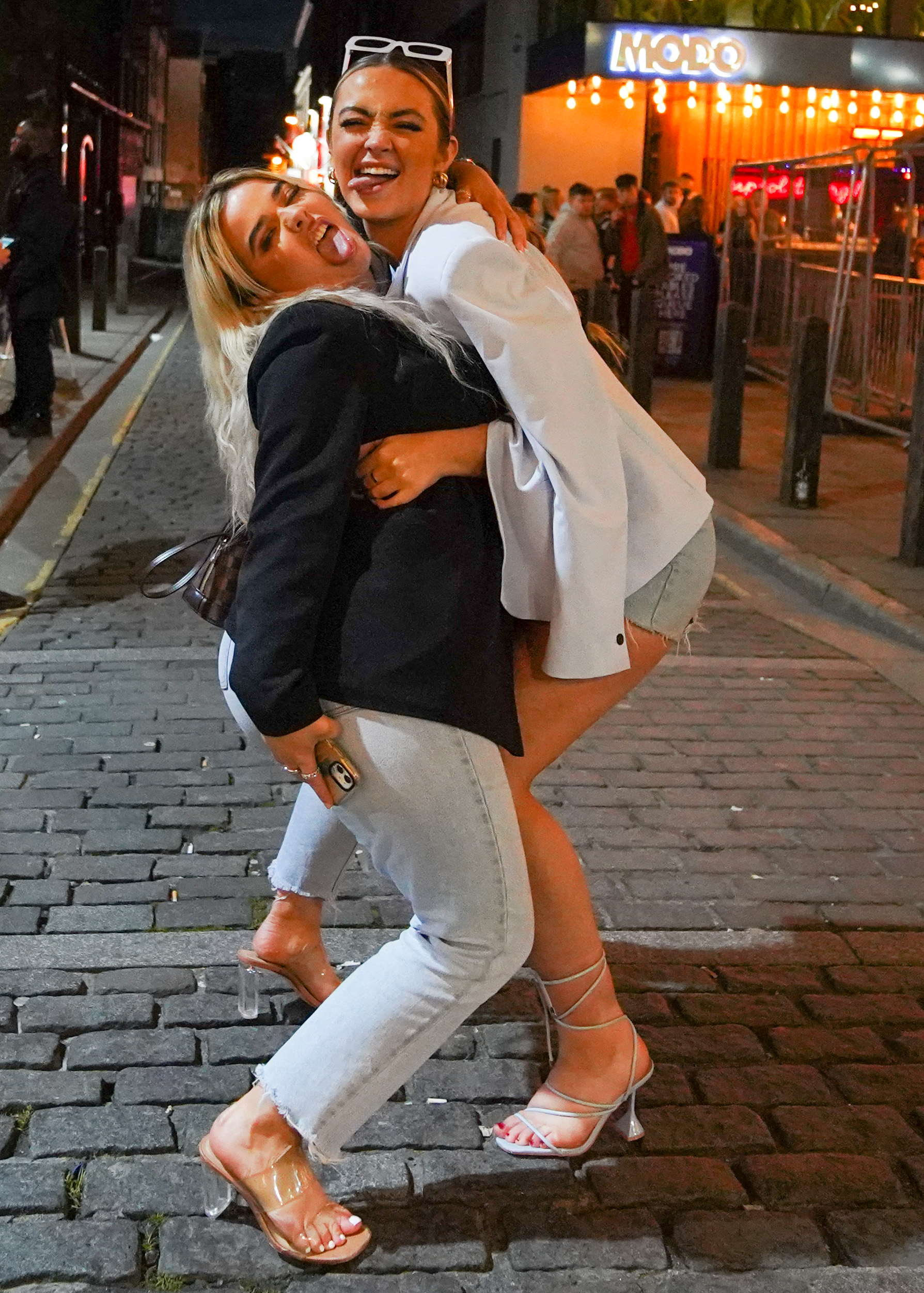 Excited punters were seen out and about on the streets of England after making the most of their newfound freedoms.

Two gal pals gave each other a smooch in Liverpool while enjoying their night out.

Elsewhere in the city, a pair of friends were seen taking a tumble to the footpath as they shared a hug.

There were wild scenes in Leeds as well as revellers celebrated a long-awaited return to being allowed inside pubs.

Twenty million went drinking and eating inside, shopped and hit cinemas, theatres and gyms for the first time in up to seven months yesterday.

Around 140,000 boozers, restaurants and cafes were the busiest for nine months, since August’s Eat Out to Help Out frenzy.

A dash of drinkers and diners was seen across the country, in cities including London, Birmingham, Manchester and Newcastle.

Cinemas saw a rush after Vue’s 88 sites and most of Odeon’s 112 locations reopened after some had been closed since October. Movie Peter Rabbit 2 drew fans.

Shops saw a spending boost as friends went on joint high street trips and went for a pint or meal afterwards.

Pub bosses even had to reassure boozy Brits they would not run out of beer.

Emma McClarkin, chief executive of the British Beer & Pub Association, said: “The enthusiasm for the return to pubs means demand is higher. 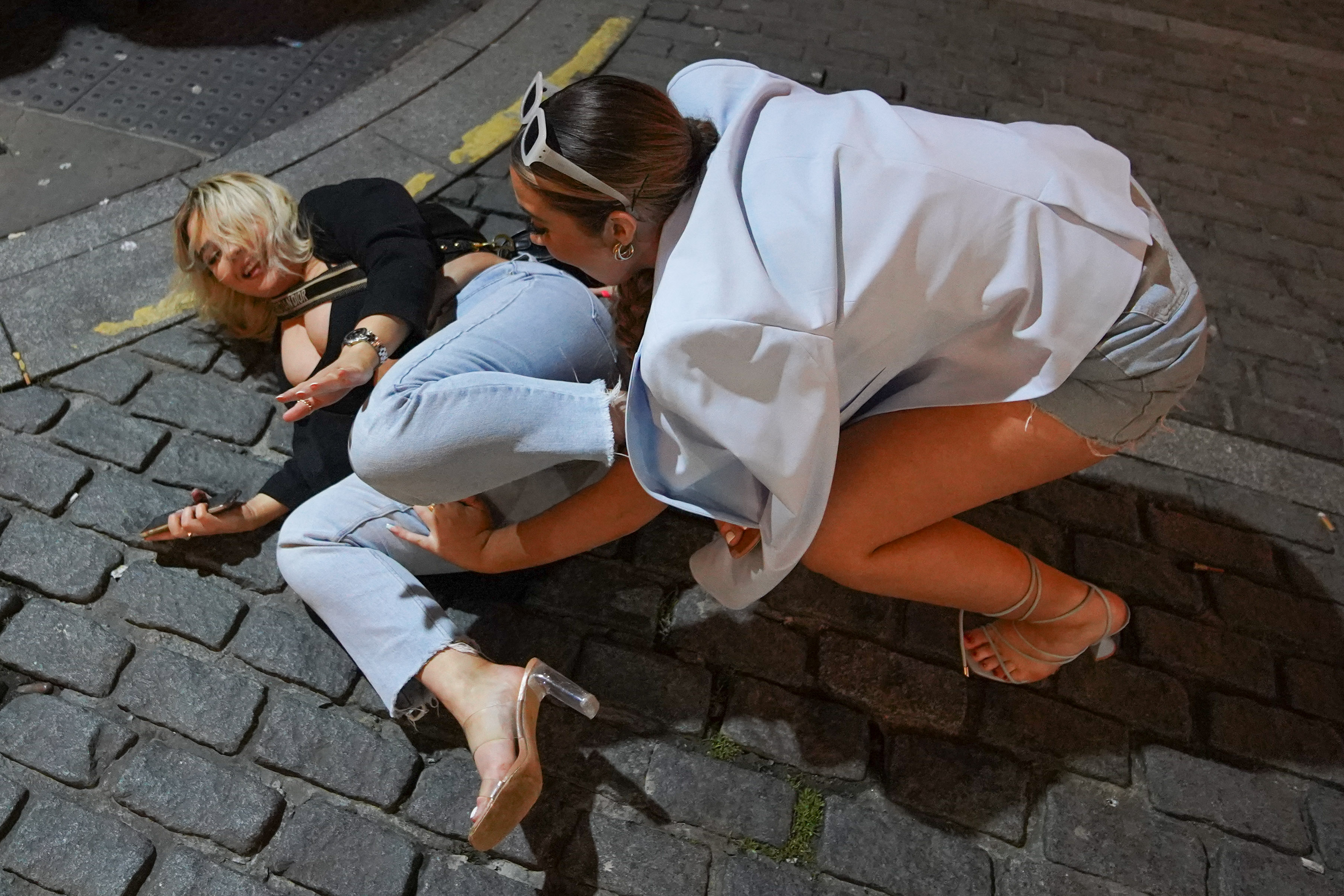 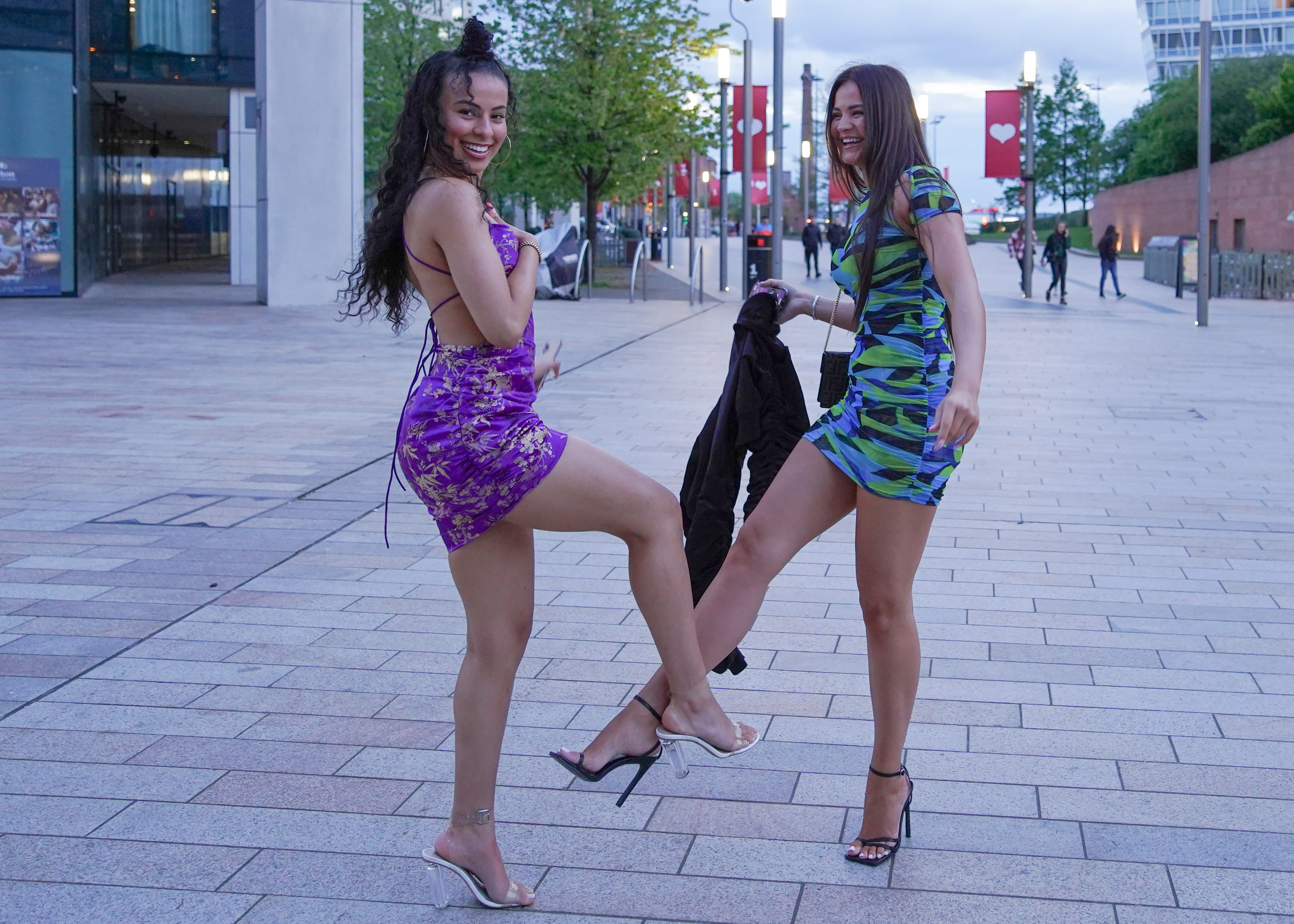 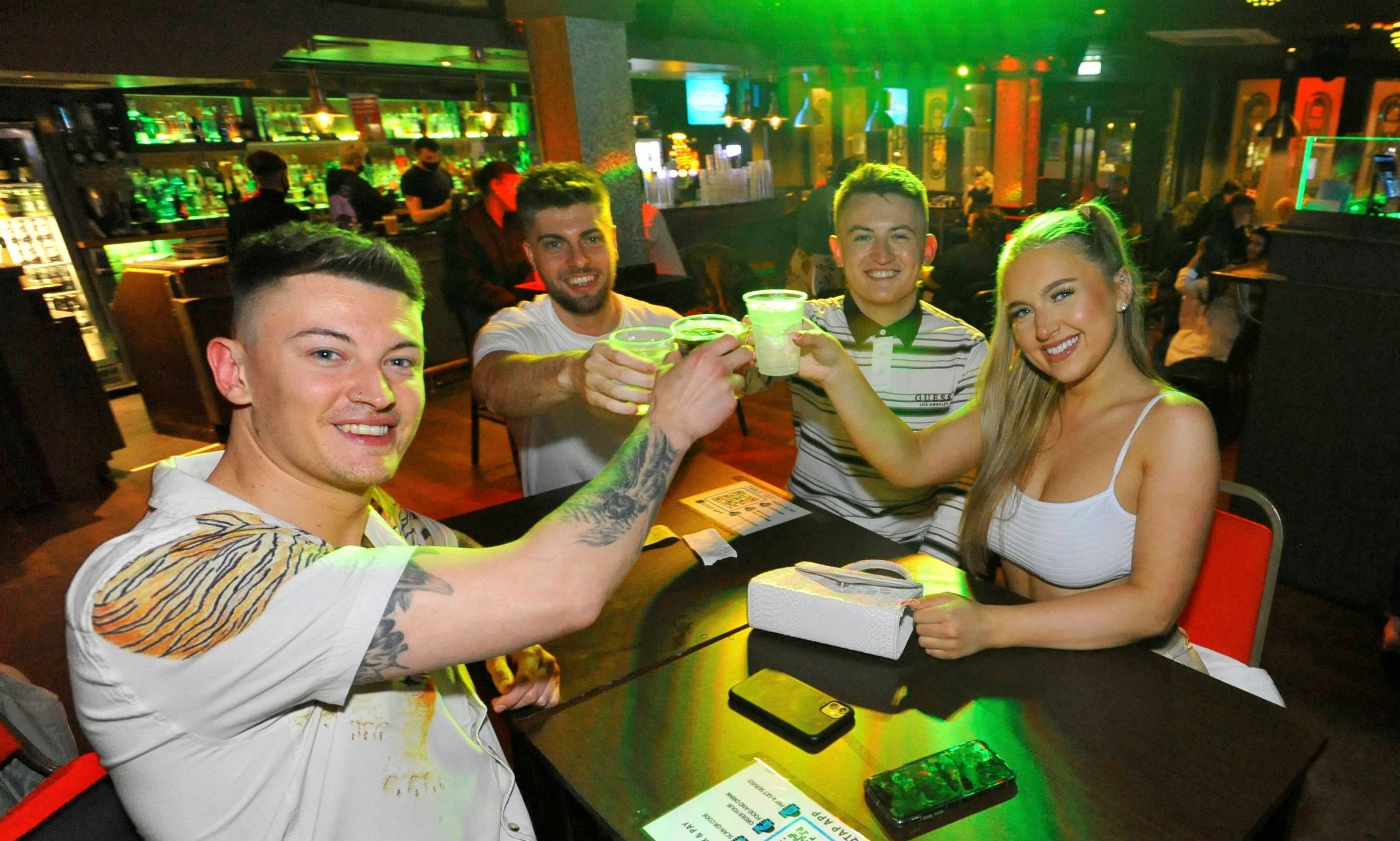 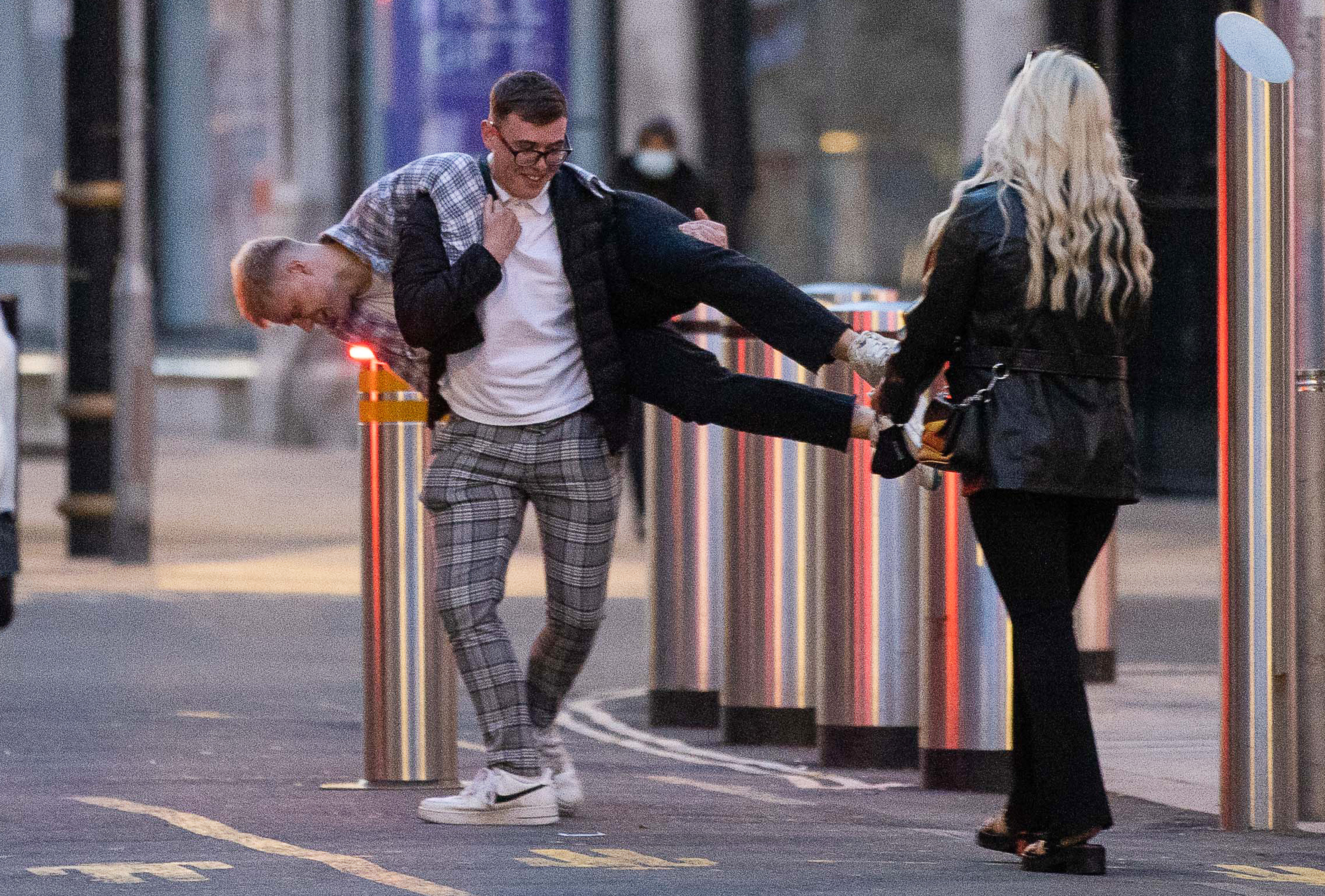 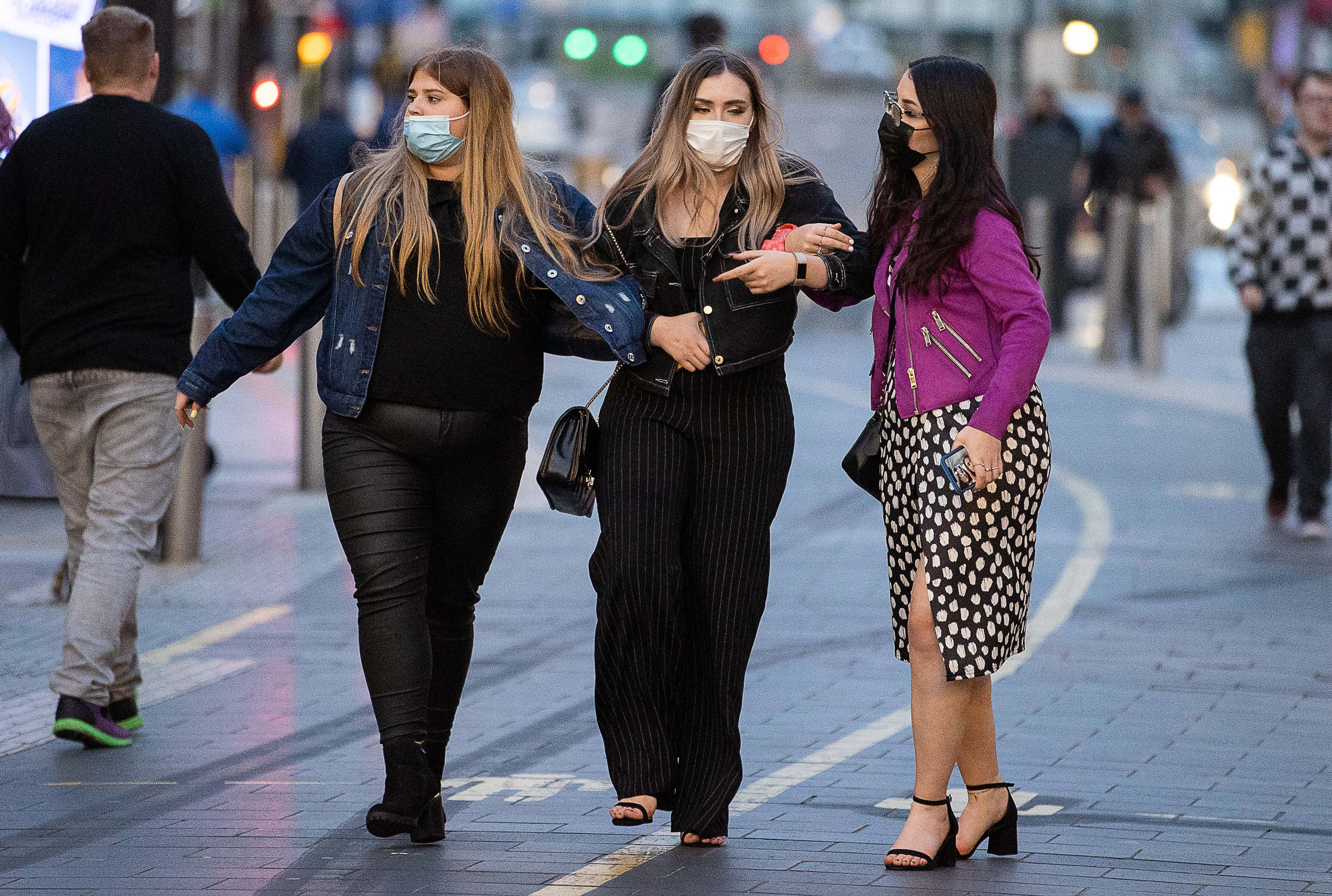 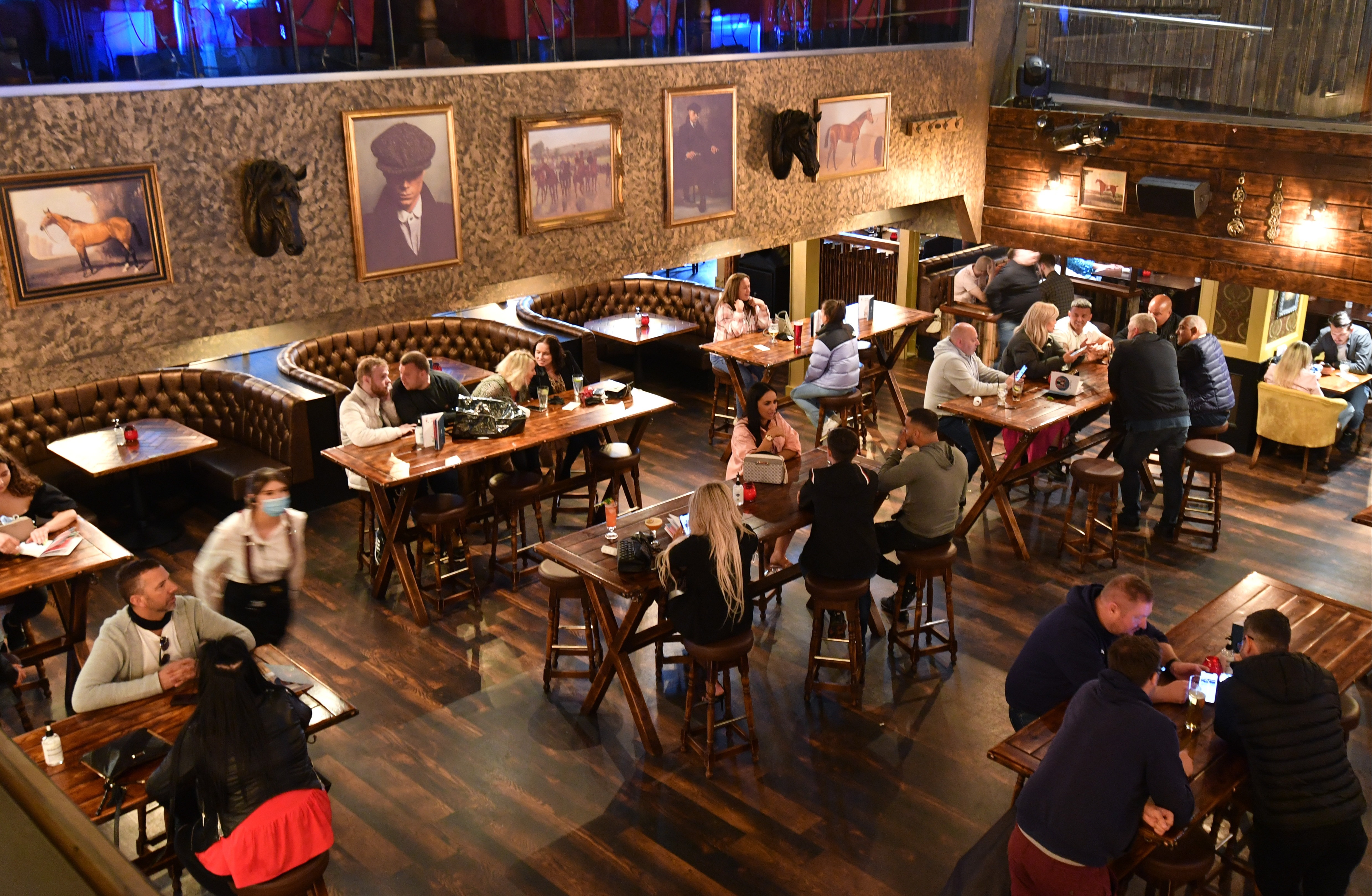 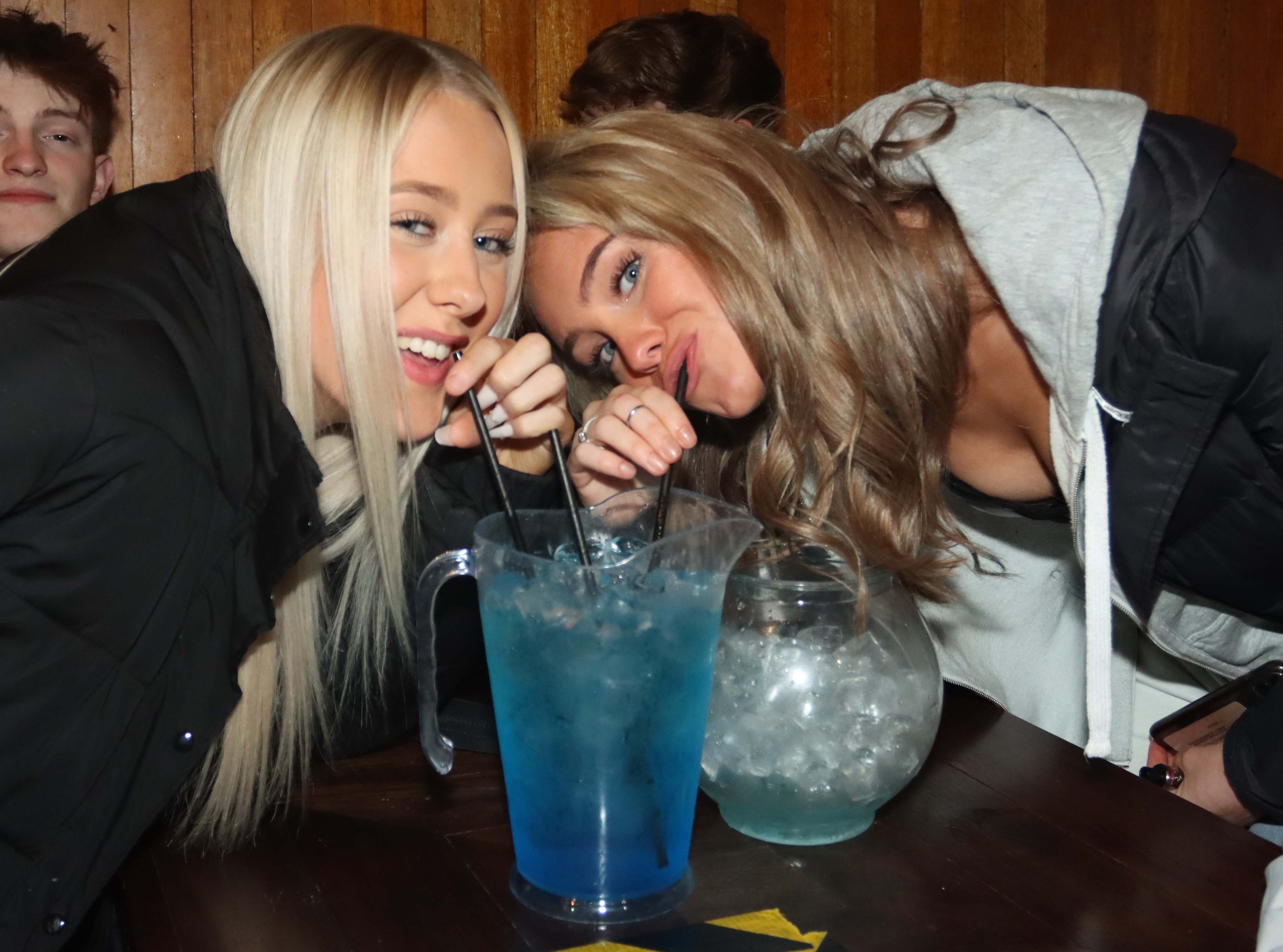 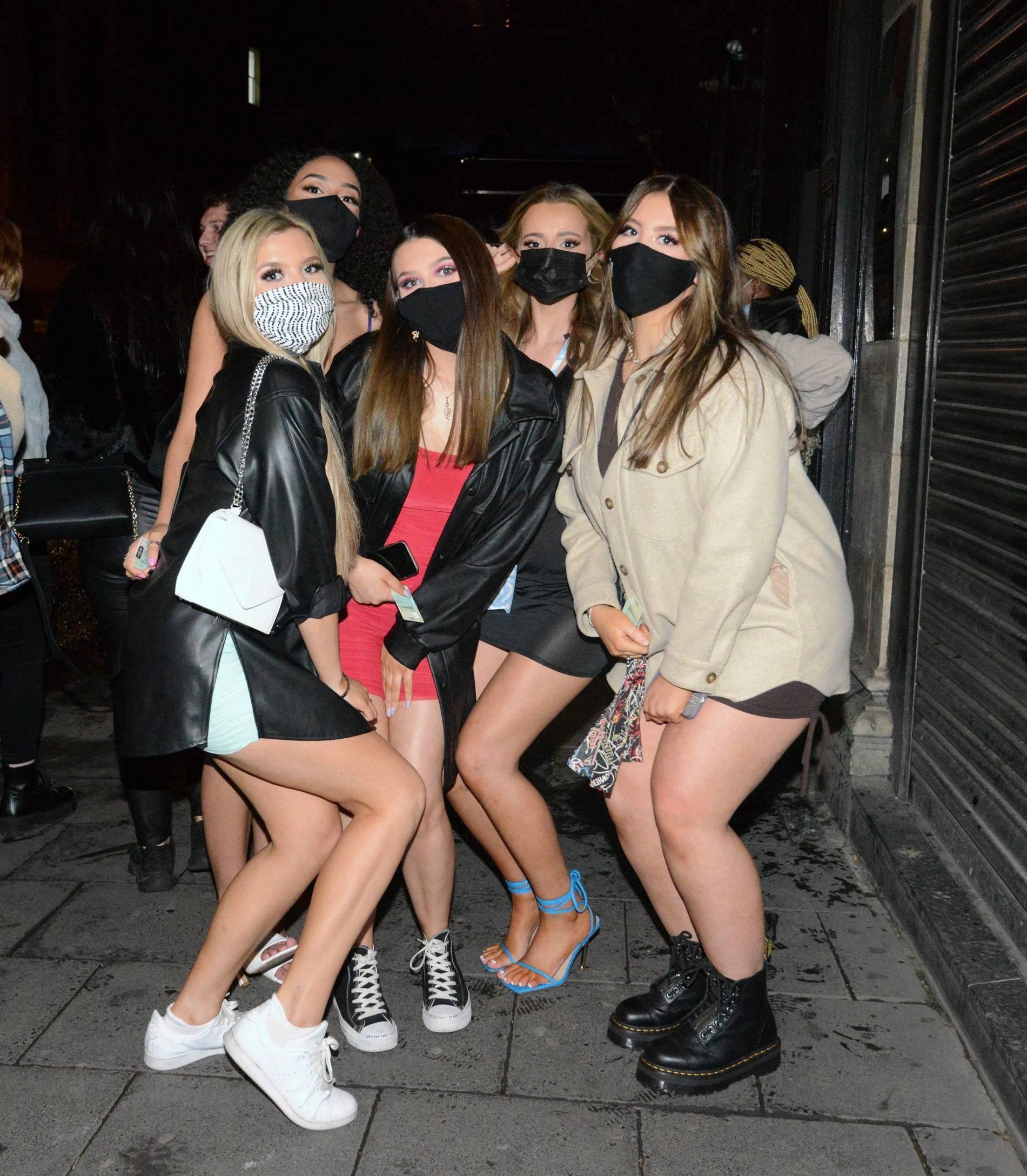 "But there is still plenty of beer to go round for everyone.

"Visit your local and enjoy a fresh pint.”

One of the pubs closed the longest in Britain finally reopened its doors after seven months — after ordering 2,200 pints to make sure it was not drunk dry by thirsty locals.

Dennis Holmes, 67, who has run the Finishers Arms, Bolton,  for 19 years with wife Christine, 68, said: “We were shut by Tier 3 on October 23, and as we don’t have an outdoor area, have now finally reopened.

“We made a big beer order to ensure we didn’t get caught out. Everyone’s excited — but a bit worried about the Indian variant, which is high in Bolton.” 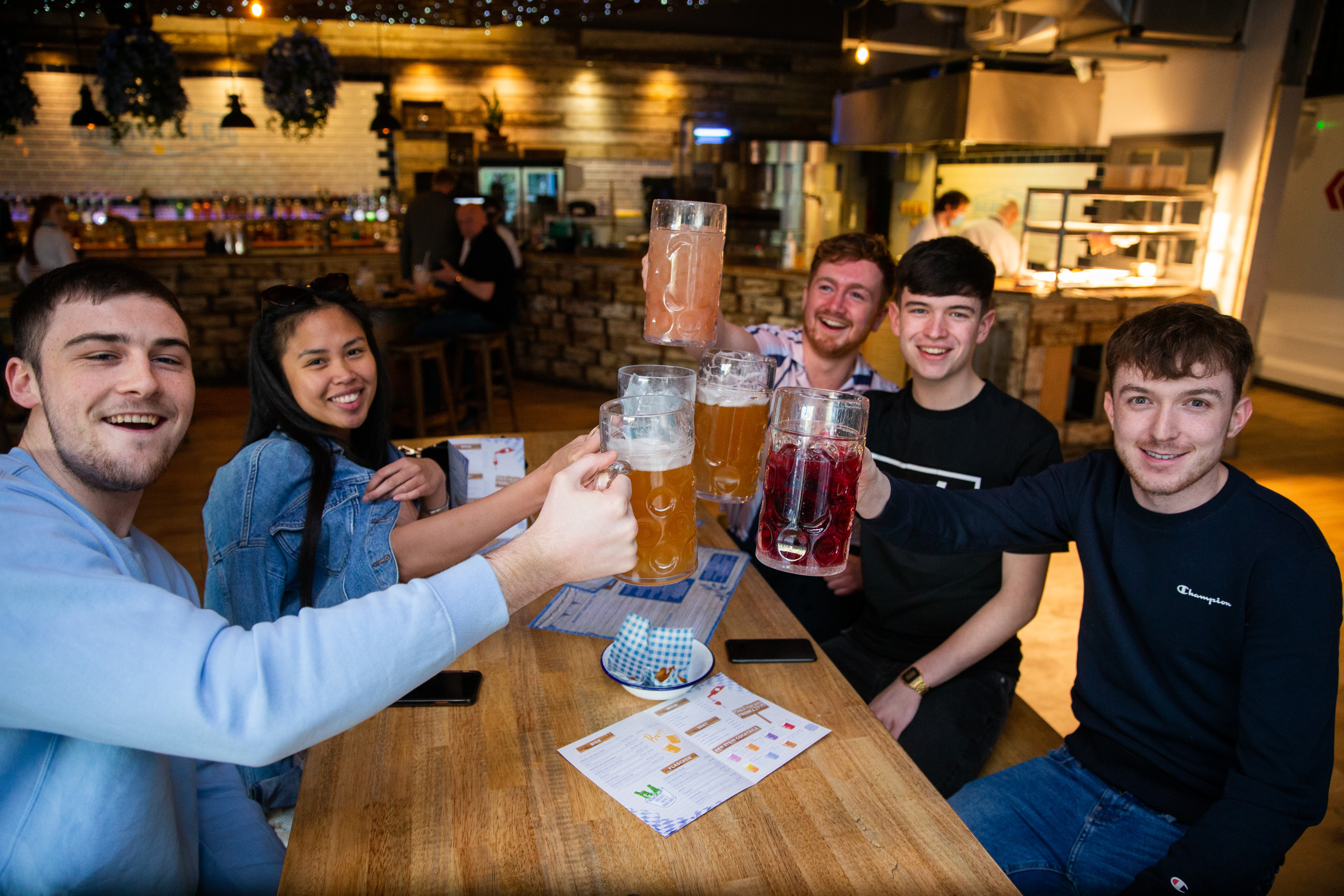 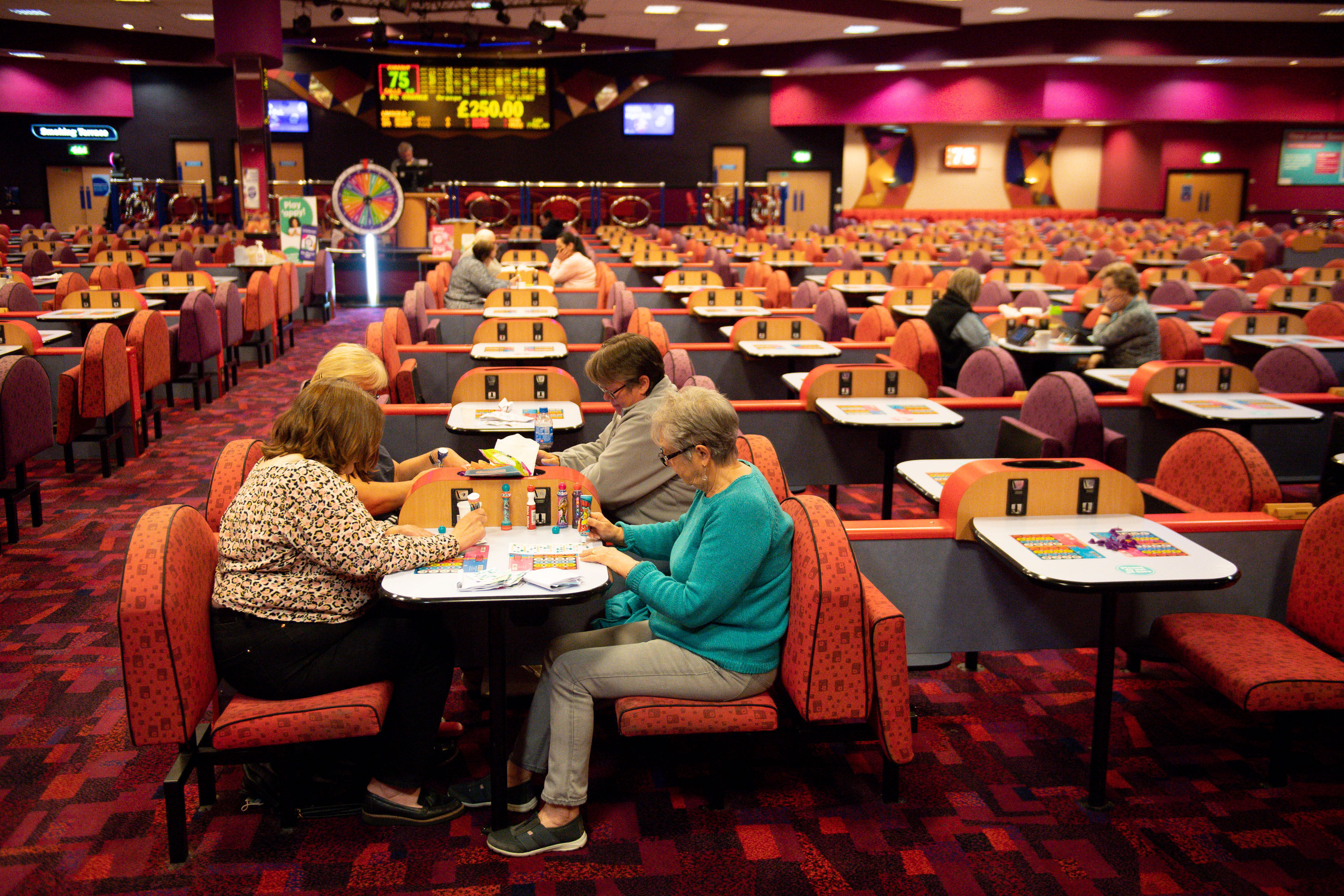 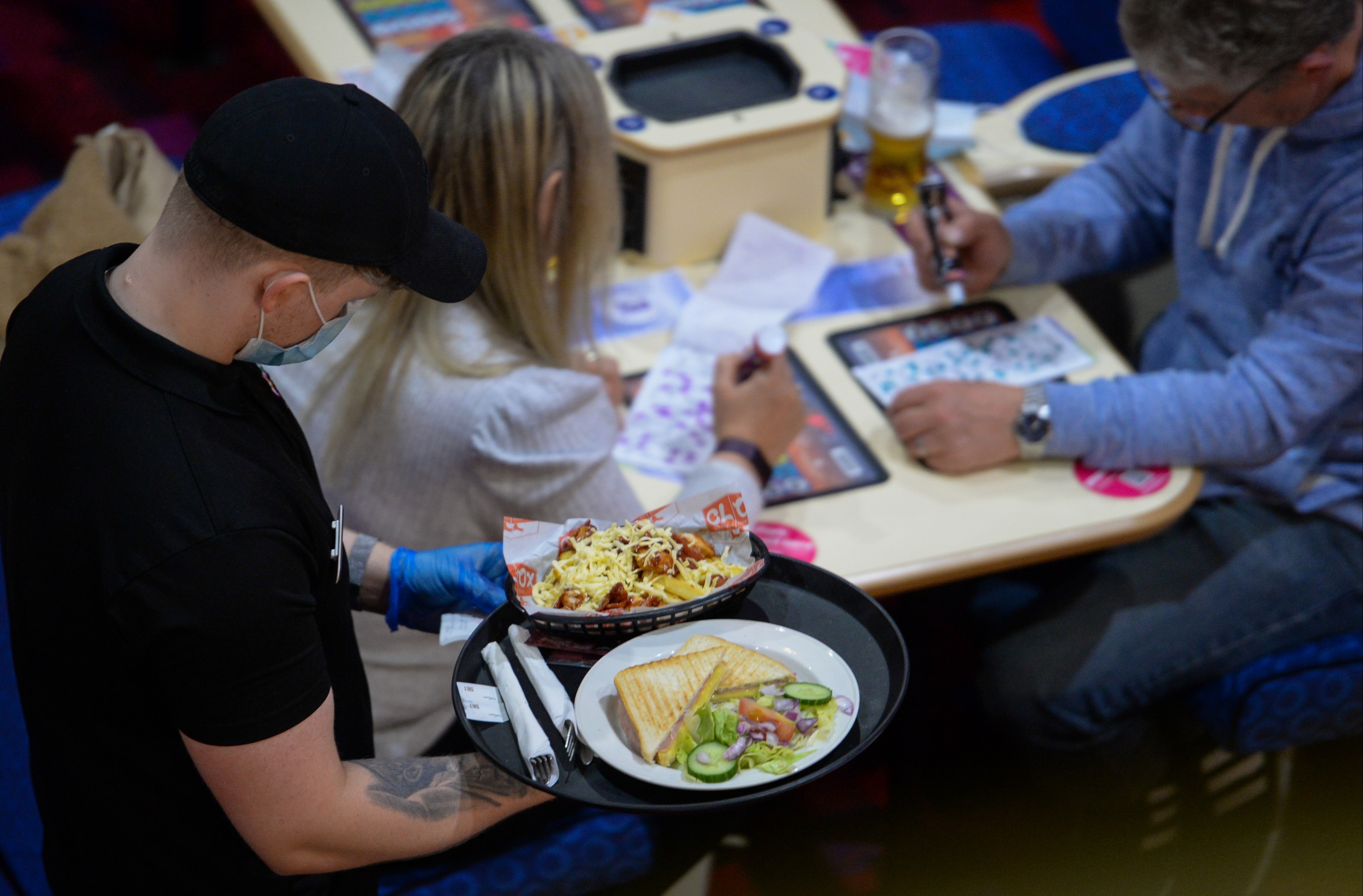 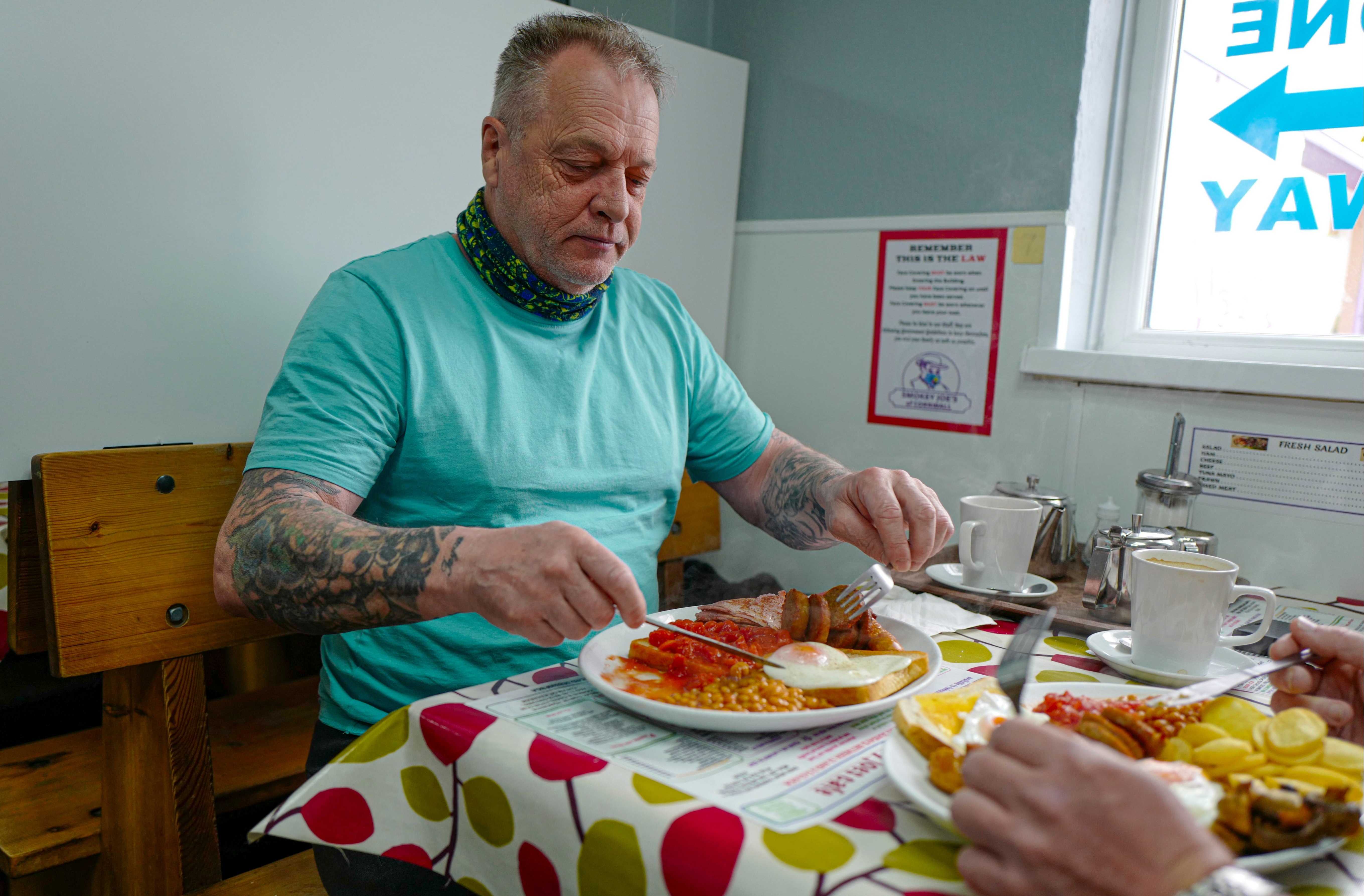 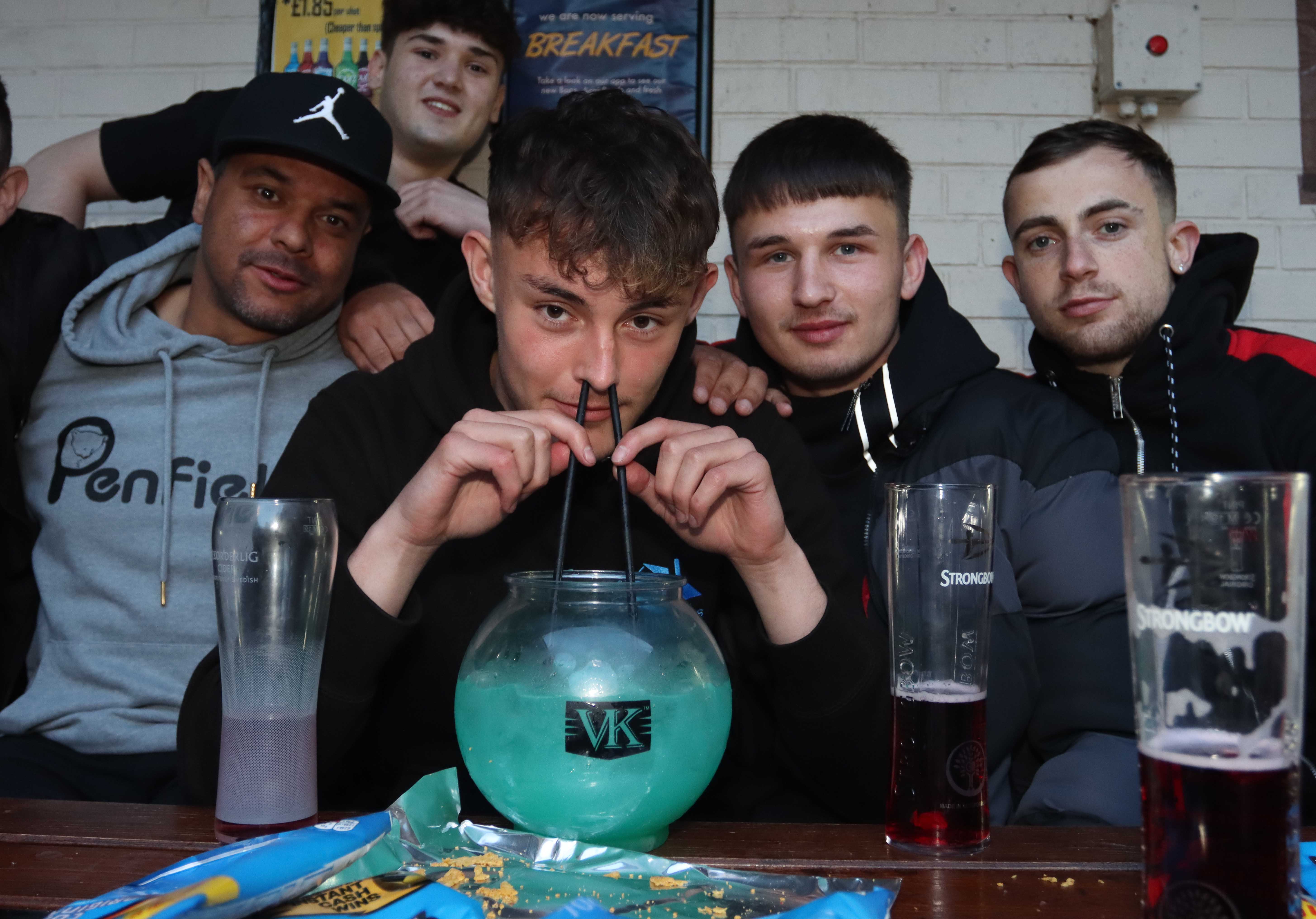 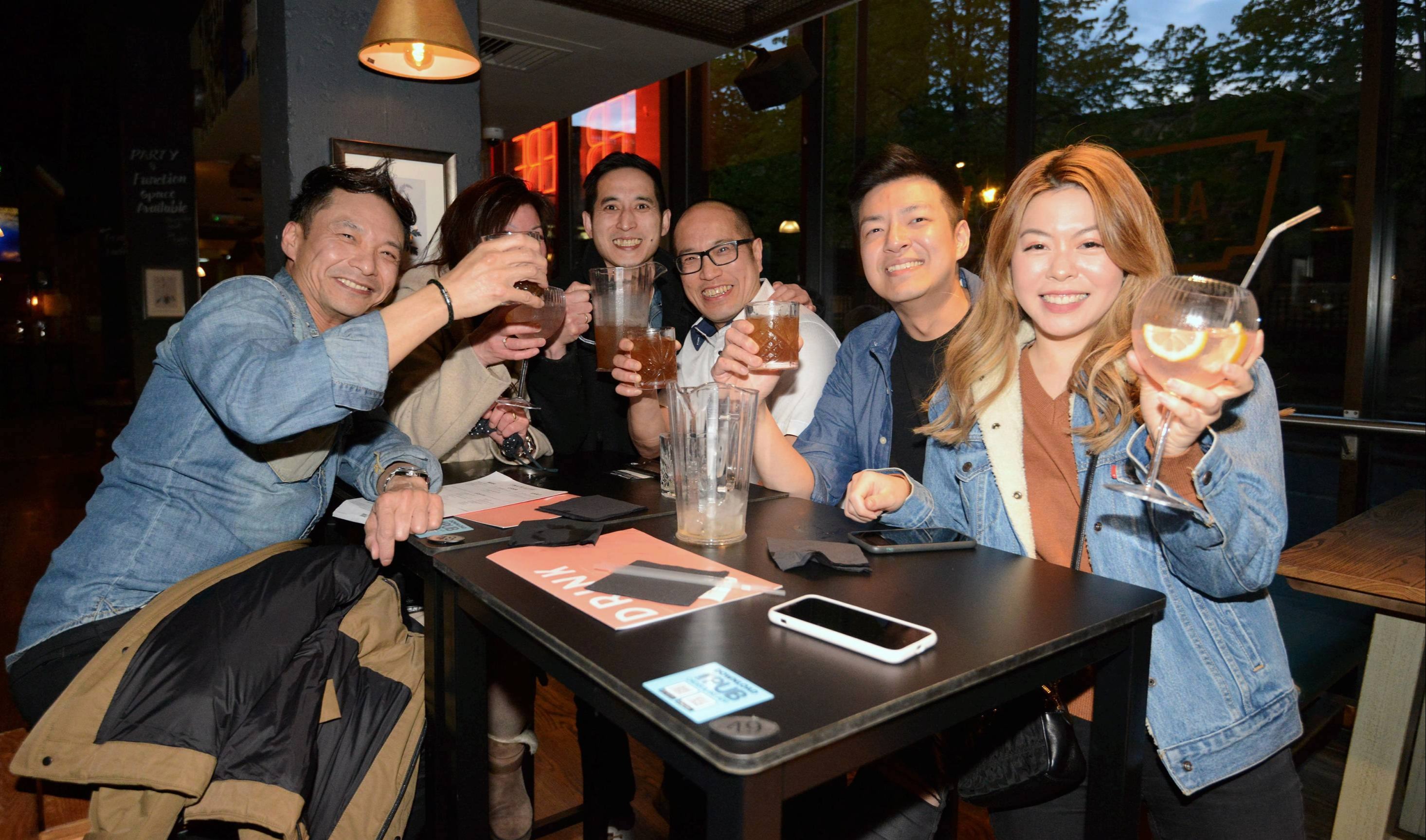 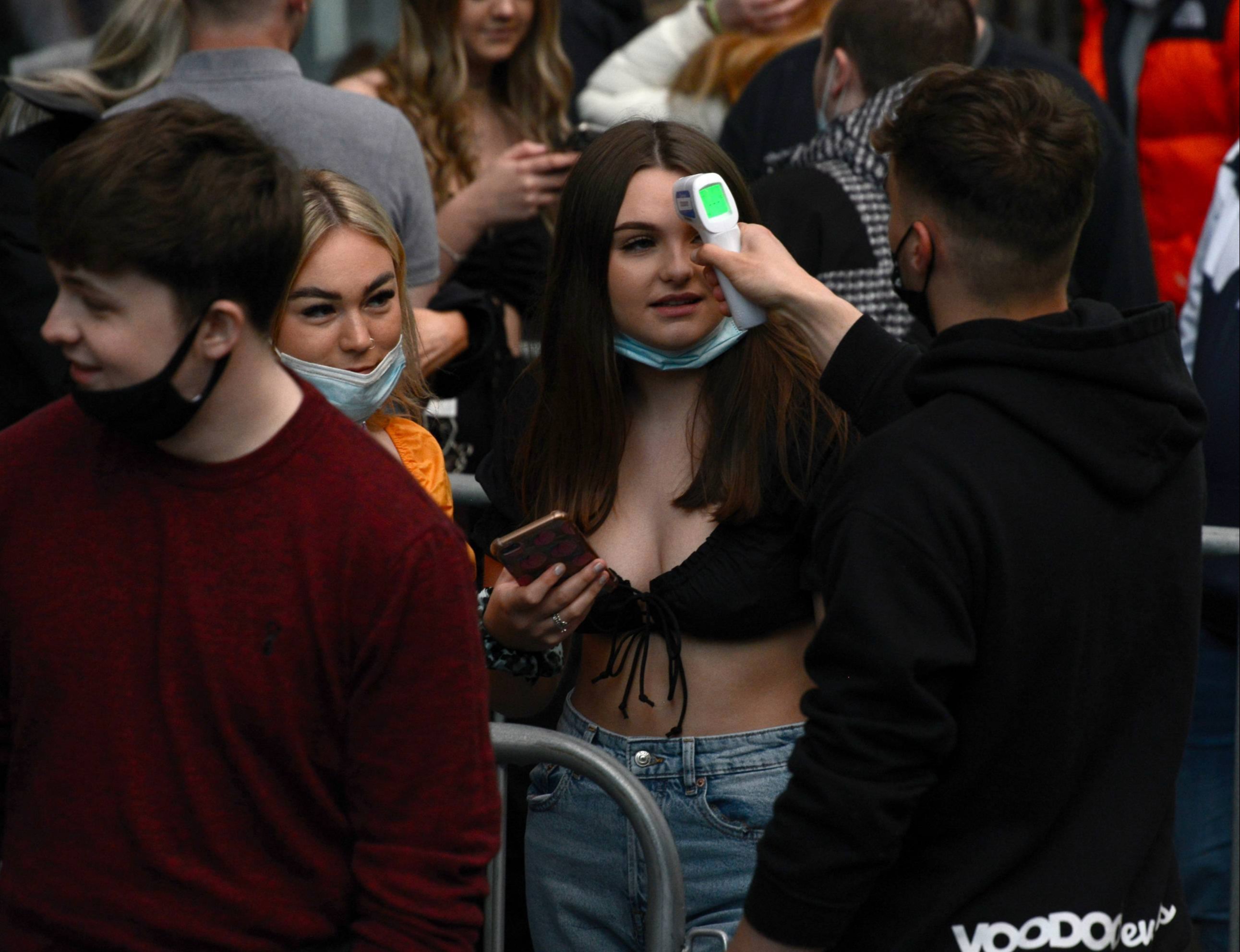 Around £2billion was spent across pubs, eateries, shops and attractions yesterday, working out at £2.8million-a-minute at peak times, a VoucherCodes.co.uk study with the Centre for Retail Research showed.

Professor Joshua Bamfield, director of the Centre for Retail Research, said: “Pubs and restaurants stocked up and made sure they had enough beer and food.

“People were ready to make the most of the moment.

"Research showed the public’s excitement about pubs and restaurants reopening indoors was significantly higher than for shops reopening.”

But employers were hit by a £250million sickies bill from staff bunking off to booze yesterday — and feared productivity would dip today with workers struggling with headaches.

Alan Price of BrightHR, which works with 10,000 workplaces, said: “Employers should expect increased levels of unplanned absences as pubs reopen.”

Just one sick day can cost a firm £375  because of the cost of covering the worker’s role for a day, a study from accountants PwC has showed.