Boris Johnson claims that Theresa May is on the brink of ‘total surrender’ to the EU and has urged the Cabinet to mutiny against her Brexit deal.

The stinging attack comes ahead of a Cabinet meeting on Tuesday, with Johnson saying that Mrs May’s plan would reduce the UK to the status of a colony.

The former foreign secretary added that under the PM’s plans for a backstop customs deal with the EU, aimed at preventing a hard border in Northern Ireland, the UK would ‘remain in captivity’.

The Prime Minister has come under fire from both wings of the Tory party after the shock resignation from the Government of Mr Johnson’s pro-European brother Jo, who also delivered a withering attack on the PM’s stance. 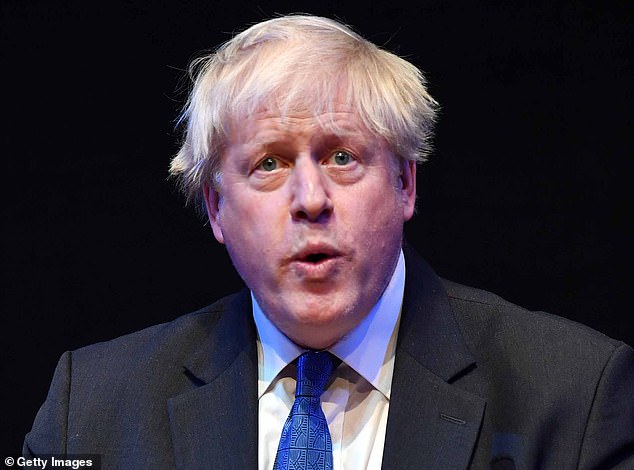 Mr Johnson, above, said the Chequers deal provided by Mrs May is a ‘recipe for continued strife, both in the Tory party and in the country’. He warned that Britain is on the verge of ‘total surrender’ to Brussels [File photo]

That move fired speculation that more ministers who backed Remain in the referendum campaign could also quit.

Pro-Brexit Commons Leader Andrea Leadsom added to Tory tensions by insisting the UK could not be ‘trapped’ in a backstop agreement without the ability to leave at a time of its choosing.

Johnson backed his brother Jo’s resignation from the Government and attacked the Prime Minister’s Brexit proposals as ‘shameful’.

‘I can’t really believe it but this Government seems to be on the verge of total surrender,’ Mr Johnson said in his column for today’s Daily Telegraph.

‘With every day that passes we seem to be getting more craven.

‘We have agreed to become the punk of Brussels, signing up not just to their existing rulebook but to huge chunks of future regulation – even though we will have no say in drafting that legislation.’

He condemned proposals to hand over the timing for leaving the customs union and the backstop to an independent mechanism, saying: ‘We are on the verge of signing up for something even worse than the current constitutional position. 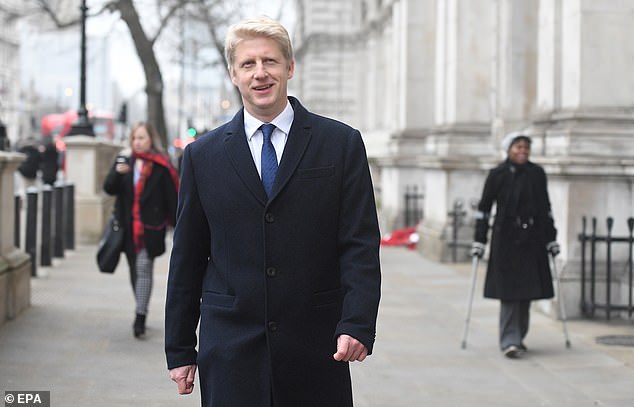 Boris Johnson’s brother Jo, above, resigned from the Government and attacked the Prime Minister’s Brexit proposals as ‘shameful’. Boris urged the Cabinet to mutiny against Theresa May’s plans [File photo]

‘On the present plans we will be a vassal state, and in the customs union, until such time as our EU partners may feel moved to enter into fresh negotiations on a trade deal.

‘No member of the Government, let alone the Cabinet, could conceivably support them, or so you would have thought.

‘And yet the awful truth is that even if the Cabinet mutinies – as they ought – it will make little difference.’ 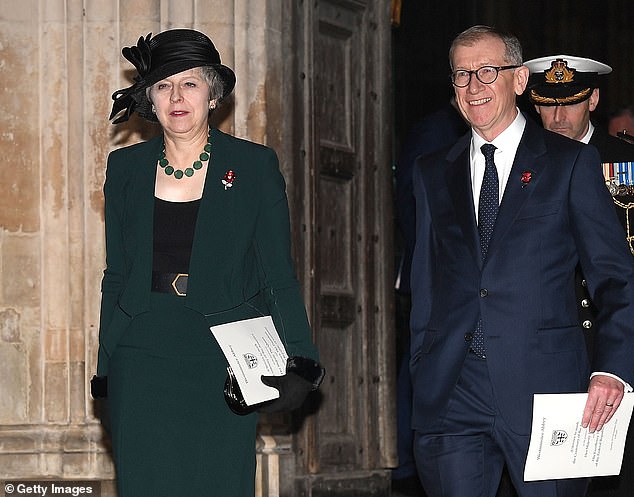 Mr Johnson said that Mrs May wants to keep Britain ‘in capitivity’ to the European Union. He warned under present plans, we could become ‘a vassal state’

That is because, he said, Mrs May wants ‘to remain in captivity’.

Mr Johnson added: ‘It is a recipe for continued strife, both in the Tory party and in the country.

‘This deal, when it comes, must be thrown out wholesale. It is not too late to do better and the country deserves it.’

Mr Johnson said the PM would try to ‘bludgeon MPs into voting for surrender’ by framing the argument as accepting her proposals or the ‘chaos of no deal’. 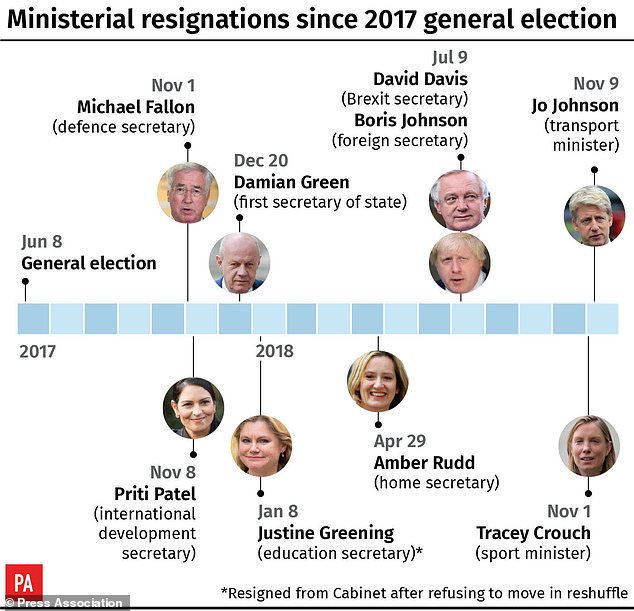 His brother said Brexit threatened to be the biggest failure of statecraft since Suez in 1956.

Hope of getting the Cabinet to sign off on Brexit proposals on Tuesday appeared to be rapidly receding, as it was reported the EU had rejected London’s plans for an independent arbitration clause that could allow the UK to quit a backstop deal on the Northern Ireland border.

The apparent impasse makes it much harder for the PM to secure a special EU conference in November to settle Brexit terms.

But in a sign of Downing Street attempting to push the process forward, Mrs May’s key Brexit adviser Olly Robbins held talks in Brussels on Sunday. 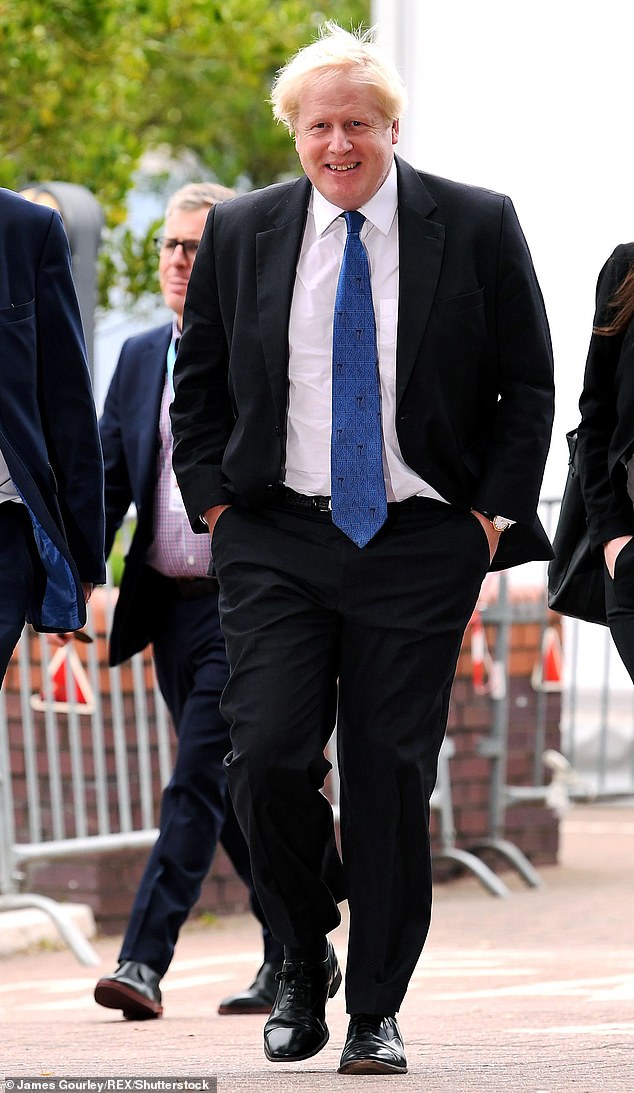 In a column today, the former foreign secretary said: ‘I can’t really believe it but this Government seems to be on the verge of total surrender’

It was a damaging day for Mrs May and her Brexit proposal.

Earlier, the DUP and Tory Eurosceptic backbenchers issued a joint threat to vote down the premier’s blueprint if it does come to Parliament.

To make matters worse, four more Remainer ministers are said to be on the brink of quitting, after Boris Johnson’s brother Jo walked out demanding another referendum to reverse the whole process.

Downing Street had pinned its hopes of a breakthrough on a proposal drawn up by Attorney General Geoffrey Cox.

The idea was to include a ‘review clause’ in the Irish border backstop in a bid to convince Brexiteers the UK will not be trapped indefinitely. 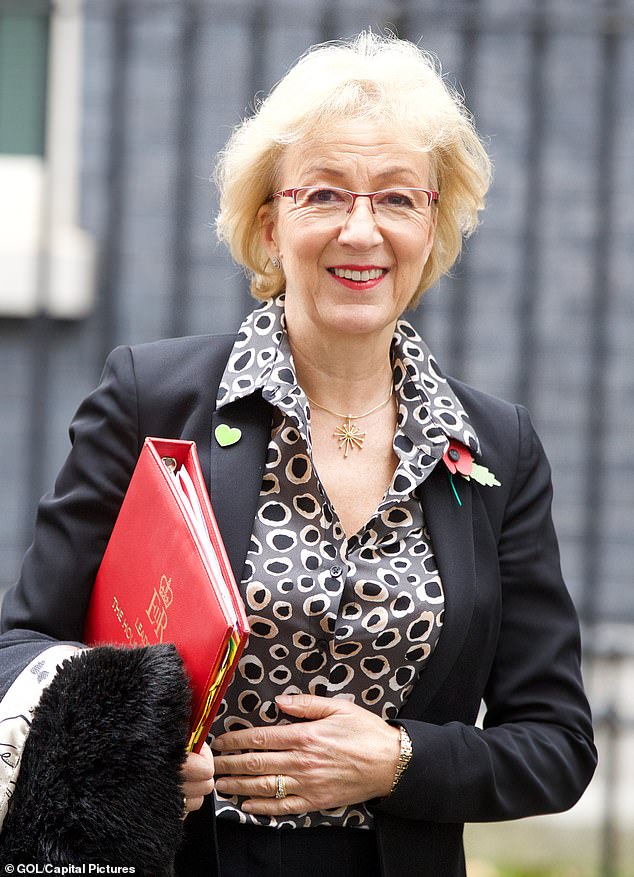 But sources in London and Brussels say the EU has torpedoed the ‘Cox compromise’, once again raising the risk of a no-deal Brexit.

Mrs May might now be forced to pull the trigger within days on full-blown preparations for the country crashing out – after officials warned that there is no chance the contingency plans will be ready by March otherwise.

Billions of pounds is set to be spent on issues like rushing through new customs infrastructure, ensuring supplies of medicine and food, and protecting energy provisions in Northern Ireland.

Education Secretary Damian Hinds today confirmed that the government had dropped calls for a hard end date or unilateral exit from a backstop mechanism.