Boris Johnson today insisted the Government’s review of the Official Secrets Act will not curtail the ability of journalists to conduct investigations.

The Government is currently looking at updating the 1989 legislation amid fears it could result in journalists who are leaked information being treated the same as foreign spies.

Investigative journalists could face jail sentences of up to 14 years under planned changes that the industry has said could ‘criminalise’ the press for upsetting the current and future governments.

But Mr Johnson said he does not want to see journalists prosecuted for doing what is in the public interest.

In an interview with LBC Radio, the Prime Minister said he did not think ‘for one minute’ that the alterations, designed to account for shifting threats in the digital age, could prevent journalists from carrying out probes. 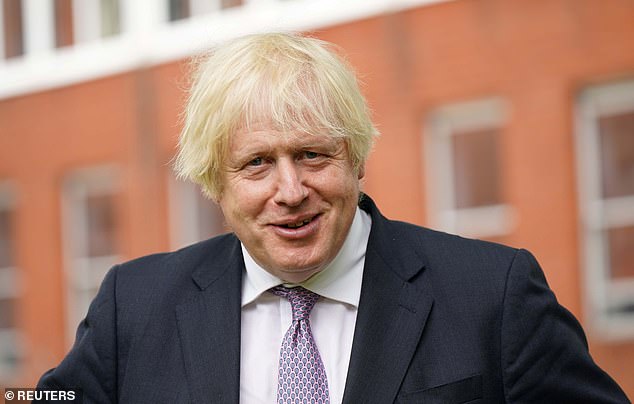 He said: ‘We don’t – I don’t – want to have a world in which people are prosecuted for doing what they think is their public duty and… in the public interest.

‘I’m full of admiration for the way journalists generally conduct themselves.

‘Whatever this thing is, I don’t for one minute think it is going to interrupt the normal process.’

Mr Johnson, a former journalist, said many of the great exposes in journalism, such as Watergate in the US or the thalidomide drug scandal over treatment given to pregnant women, stemmed from ‘tainted sources’.

The former editor of the Spectator magazine said ‘one man’s treacherous betrayer of confidences and irresponsible leaker is another man’s whistleblower’ as he defended journalists.

He said most reporters behaved with ‘great responsibility’ when it came to handling information that should ‘not be put into the public domain’.

But, asked whether the consultation on the Official Secrets Act should be ‘ripped up’, Mr Johnson suggested the review of the feedback should continue given it is already under way.

The issue was raised with Downing Street last week by reporters during a daily media briefing.

‘We are clear that freedom of the press is an integral part of the UK’s democratic process, which is why we’ll always be committed to ensuring the right balance is struck between protecting press freedoms and the ability of whistleblowers to hold organisations to account.

‘But as you know, this is a consultation and, as we do with all consultations, we’ll consider all the responses carefully before we make any decisions.’

Asked whether that left the door open to a public interest defence being included in the updated Act, the spokesman added: ‘It is a consultation so it is important we allow that to run its course and we study the responses closely before we set out any more details in due course.’