Boris Johnson’s former mistress Petronella Wyatt leap to his defence over allegations that he sexually touched a female journalist 20 years ago, saying that the Prime Minister is ‘not a groper’.

The society author and reporter, who had a four-year affair with Mr Johnson in the early noughties, took to Twitter today amid the furor over allegations made by Charlotte Edwardes.

Ms Wyatt defended her former lover, saying that such fondling was usually carried out by ‘inarticulate men’ with ‘low IQs’.

It came after the Prime Minister had said historic claims about his personal life were being dredged up to ‘frustrate Brexit’ as he dismissed allegations he squeezed the thigh of Ms Edwardes at a 1999 Spectator dinner as ‘very sad’ and ‘not true’.

He said he did not want to ‘minimise the importance of such allegations if they were true’ as he insisted they were not and then appeared to link attacks on his character to Brexit.

Ms Wyatt, the daughter of Labour grandee Lord Wyatt, said: ‘I have to say that Boris is not a groper. I have come across many men who are, but Boris is not one of them. 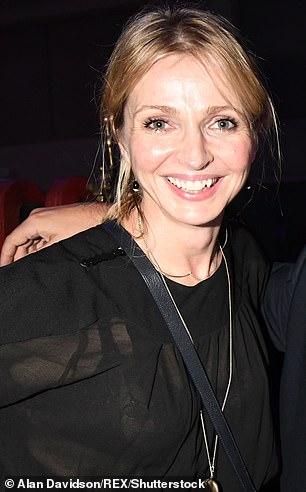 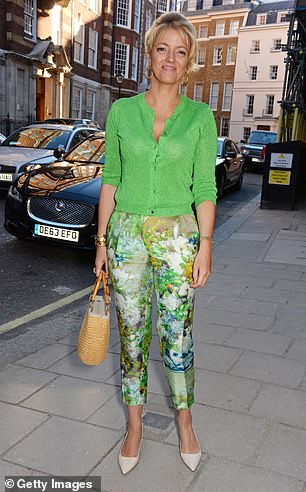 Society author Petronella Wyatt (right), who had a four-year affair with Mr Johnson in the early noughties, took to Twitter today amid the furor over allegations made by Charlotte Edwardes (left) 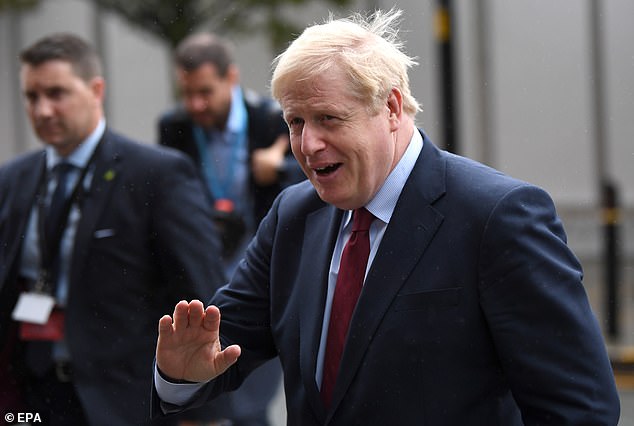 ‘I have been groped by two politicans, and both were as thick as mashed potatoes.’

She later told how she had an abortion and suffered a miscarriage.

Mr Johnson was sacked from his role as shadow arts minister by then-Tory leader Michael Howard for lying about the relationship.

Mr Johnson said today he expected some ‘shot and shell’ from his Remainer critics because he is trying to take the UK out of the EU.

Ms Edwardes claimed Mr Johnson groped her thigh under a table at a private dinner in 1999 when he was editor of the Spectator magazine.

Mr Johnson reportedly told his aides that the allegations were ‘f***ing untrue’ when he was first told about them after they were published in The Sunday Times.

Asked directly about the claims this morning, Mr Johnson said: ‘Quite a few people don’t want Brexit to be done and I think rightly or wrongly they conceive of me as the person who is helping to deliver Brexit and it is inevitable that I am going to come under a certain amount of shot and shell. I don’t mind that in the least.’

Asked if he was taking the allegations seriously, he told the BBC: ‘I have said what I have said about that. They are not true. It is obviously very sad that someone should make such allegations.

‘They are not true and I think really by comparison with what we are doing which is taking forward a very dynamic domestic agenda, I have said what I have to say about this.’

Mr Johnson later told LBC he believed such allegations were being made now because he had been ‘tasked one way or the other to get Brexit done by October 31′.

‘And there are quite a lot of well-meaning and highly intelligent people who basically think that that would be something they don’t want to see, and I think that there is a concerted effort now to frustrate Brexit,’ he said.