Boris Johnson has ordered a major probe into the leaking of confidential Government documents to Labour during the election campaign.

Government sources said the Prime Minister is concerned that a ‘Labour mole’ could be operating at a high level within Whitehall.

Mr Johnson faced embarrassment when a confidential Treasury document that appeared to contradict some of his claims on Brexit was leaked to Jeremy Corbyn a week before polling day. 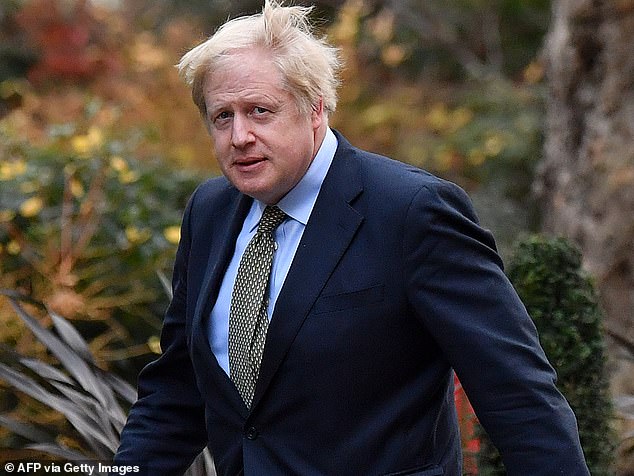 The document – understood to have been circulated to a relatively small number of officials – claimed that the PM’s Brexit deal could require checks on goods passing between Northern Ireland and the rest of the UK.

The Labour leader brandished a copy of the secret Treasury analysis during his final TV debate with Mr Johnson.

At the time, the PM dismissed Mr Corbyn’s claims as ‘nonsense’ and a senior Government source said it was an ‘initial appraisal’ by junior civil servants, which had not been signed off by those at the top.

However, it is now at the centre of a leak inquiry. 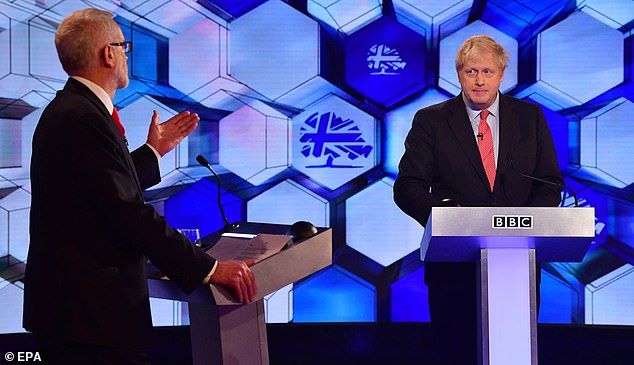 Jeremy Corbyn and Mr Johnson taking part in their final TV debate of the 2019 general election campaign, in which the Labour leader brandished a copy of the secret Treasury analysis

Officials are also concerned about the release of a confidential Government paper which questioned whether the UK would be fully ready to leave the EU by the end of the Brexit transition period.

A separate Cabinet Office inquiry is already under way into the release of minutes from UK-US trade talks.

A Government source said: ‘There was a pattern through the campaign of unhelpful documents being released. The intention was to embarrass the Government.’

The insider added: ‘It does suggest we have a Labour mole and we are going to root them out.’