BORIS Johnson today promised Manchester WILL get an £60m extra funding for lockdown – despite Andy Burnham turning it down.

The PM vowed to distribute the cash needed even though the local Mayor said it wasn't enough for him to support the deal.

Mr Johnson confirmed this afternoon the £60 million offer of financial aidrejected by Mr Burnham yesterday would be given to Greater Manchester.

He told MPs: "Yesterday, the Mayor in Greater Manchester was offered a further £60 million which he turned down, with encouragement and support from (Sir Keir Starmer).

"That cash will be distributed to the boroughs of Greater Manchester."

The Manchester Mayor was demanding an extra £75 million pounds to bail out businesses in the city as they grapple with Tier 3 lockdown, but he refused to accept anything below £65 million.

It meant local leaders were given Downing Street's initial offer of £22 million after the PM had to force the city into lockdown.

But Mr Johnson and other Cabinet ministers have insisted the bigger funding deal is still there – Mr Burnham simply needs to ask.

And earlier today Housing Secretary Robert Jenrick claimed the Mayor had been "showboating" when he pretended to find out about the lower financial package on live TV yesterday. 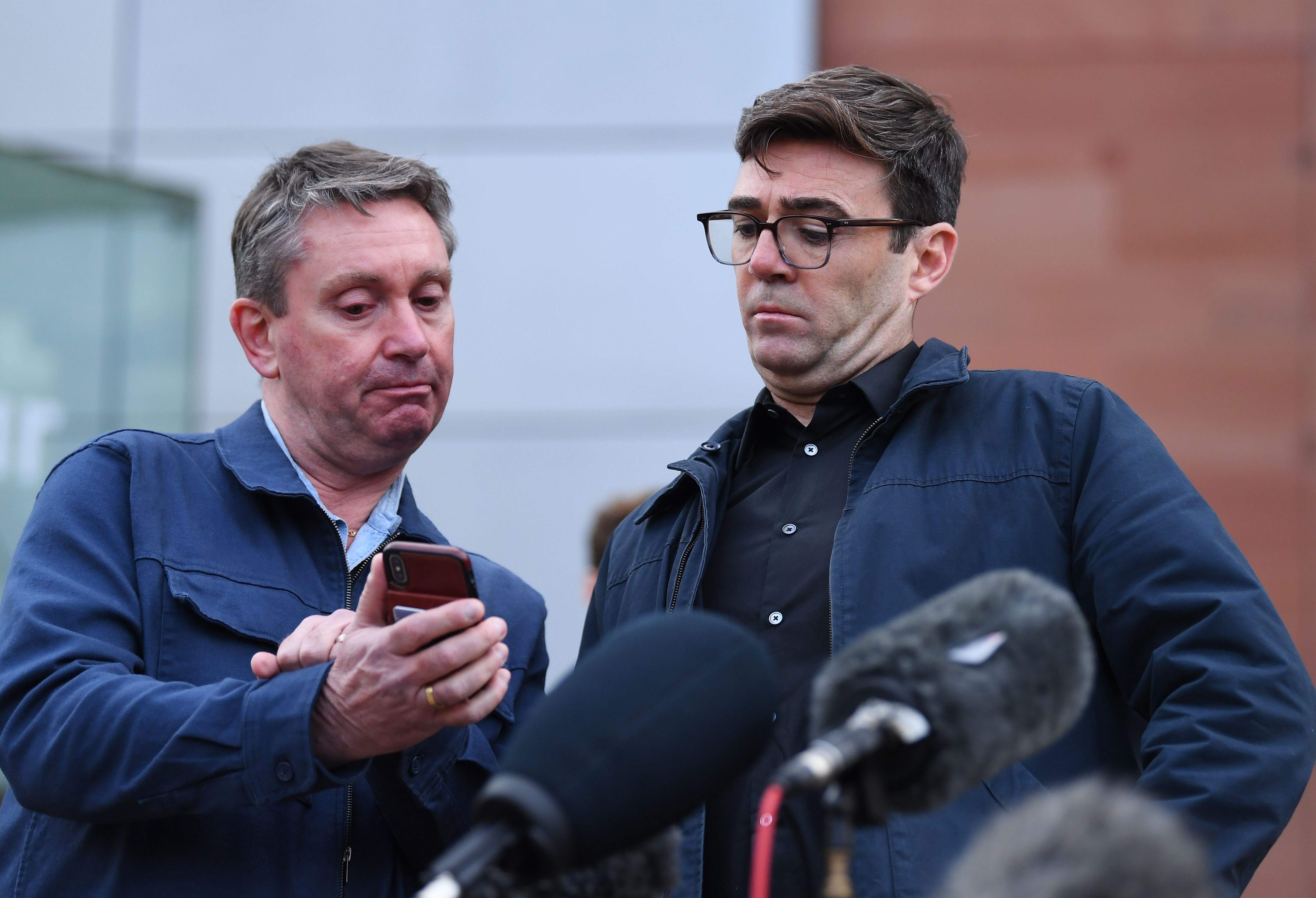 When asked if it was "fair" for Mr Burnham to find out on live TV, he Housing Secretary told Sky News: "He didn't. I phoned him and told him."

"We had several conversations over the course of (yesterday) morning, including with the Prime Minister, and I told him the final news at 2pm."

When asked if the Northern Mayor was "showboating" for the cameras, Mr Jenrick said: "I'm not in the slightest bit interested in point scoring, this isn't about personalities, or press conferences on the steps of town halls.

"In the end it's about an important public health situation, and ensuring the people of Greater Manchester now get what they deserve."

And Health Minister Nadine Dorries slammed the Manchester Mayor of "playing to the gallery".

In response to a picture of Mr Burnham reading a message on TV, she said: "This wasn’t the moment though.

"It was ⁦@AndyBurnhamGM⁩ playing to gallery.

"He was personally and respectfully telephoned by Robert Jenrick at 2pm and told the news long before this tableau was played out." ⁦