Boris Johnson yesterday threatened to expel any Tory MP who votes against next week’s Budget, as he tried to head off a growing revolt over the threat of tax rises.

The Treasury has refused to rule out increases in CGT, with officials known to have examined the case for bringing it in line with income tax rates in a move that would hit thousands of middle-class families.

And the Treasury has been ominously quiet on the issue of pension tax relief and the idea of ‘equalising’ it at 25 per cent, which would hit higher-rate taxpayers.

But, in a significant raising of the stakes yesterday, Downing Street warned that votes on the Budget would be treated as a ‘confidence issue’, suggesting that any tempted to rebel would lose the Tory whip. 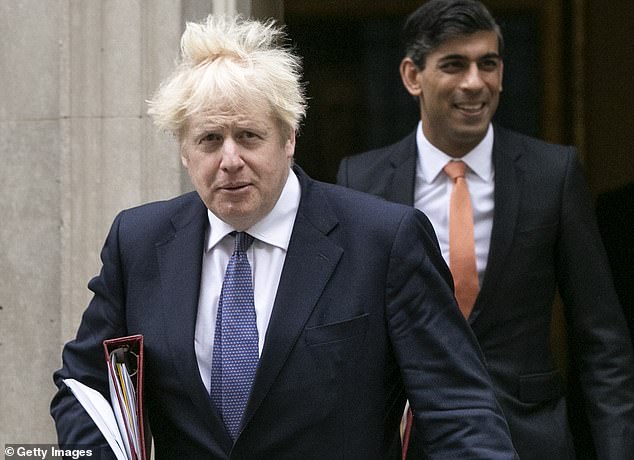 Boris Johnson yesterday threatened to expel any Tory MP who votes against Rishi Sunak’s Budget, as he tried to head off a growing revolt over the threat of tax rises 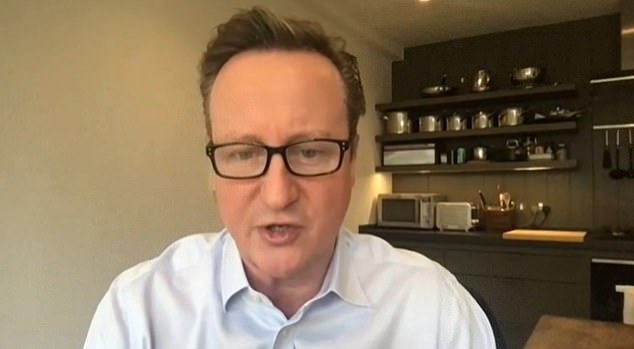 A Tory source said Chief Whip Mark Spencer had ‘read the riot act’ to MPs over the issue at a private meeting recently and made clear that he would not tolerate rebellions on the Budget.

David Cameron yesterday spoke out against plans that could see corporation tax rise from 19 per cent to 23 or even 25 per cent.

In a rare intervention in domestic politics, the former prime minister argued that the UK still faced a ‘wartime situation’ in which tax rises at next week’s Budget ‘wouldn’t make any sense at all’.

Mr Cameron said that any tax rises should be delayed until after the UK had emerged fully from lockdown and was on the road to economic recovery. He told the CNN TV channel that Britain faced a ‘different situation’ from the end of the financial crisis when he imposed an austerity drive.

A string of senior Tories have also warned the Chancellor against any moves to raise tax next week.

Former Cabinet minister David Davis last night vowed to oppose any increase in the tax burden, which he said was the highest for half a century. 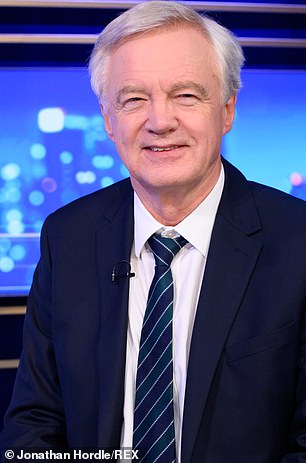 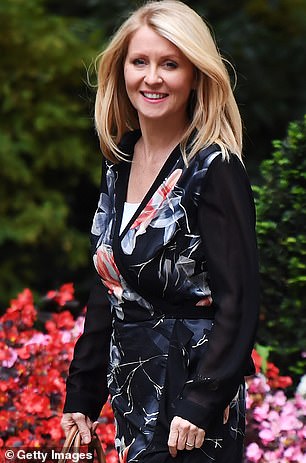 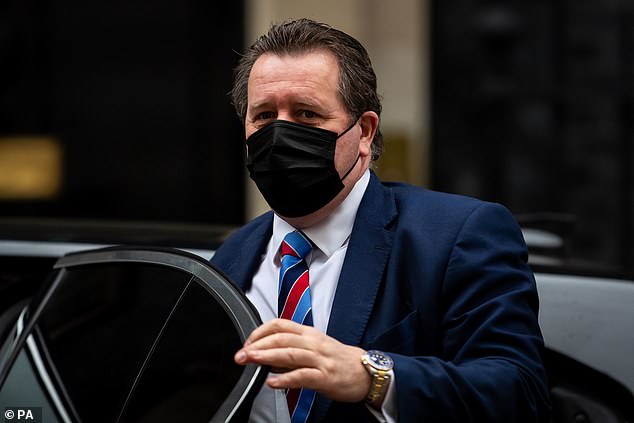 Score of Tory MPs have called on Rishi Sunak to cut beer duty to help the ailing pub industry.

A letter signed by 68 backbenchers implores the Chancellor to use the Budget to help pubs recover after the pandemic.

The embattled sector provides 900,000 jobs and contributes £23billion to the economy, but will be unable to reopen fully until mid-May.

The letter says: ‘The Great British Pub and the country’s proud brewing heritage are cornerstones of national life.’

The MPs are led by Richard Holden, of North West Durham.

Beer and pub industry chiefs have said the very cautious reopening of bars will cost the sector £1.5billion in lost trade in April alone. Beer duty was frozen in the 2020 Budget, but the MPs are now calling for a ‘significant’ cut.

The MPs say currently £1 in every £3 spent in a pub goes to the Treasury in taxes.

It comes as more than 200 hospitality and pub bosses warned the Chancellor that thousands of businesses will go under without urgent support. They predict that two-thirds will go bust by the end of May without financial help.

Firms are said to be spending an average of £10,000 a month while closed and gaining no income.

In a letter to Mr Sunak, UK Hospitality, the British Beer And Pub Association and the British Institute of Innkeeping called for an extension of the furlough and VAT rate relief schemes and a full business rate holiday for 2021/22.

He added: ‘If they want to lose all the northern constituencies, that’s one way to do it because we will not have the growth that gives us our jobs back, gives us our incomes back. So if the tax burden is increasing, they’re going to have a very hard job persuading me.’

Esther McVey, another ex-Cabinet minister said: ‘We desperately need to grow the economy and you can’t tax your way to economic growth.’

Lord Hammond told the BBC that the Government had to tell some ‘difficult home truths’ about the state of the economy. ‘My fear is that, as a populist government, giving money away is always easier than collecting it in,’ he said.

The comments led to a rebuke from No 10, with the PM’s press secretary Allegra Stratton telling reporters that the pandemic had shown Mr Johnson was ‘prepared to take difficult decisions’.

Mr Sunak is expected to continue with heavy spending next week by extending Covid support to the end of June.

The £50billion furlough scheme and VAT and business rates cuts for tourism and hospitality are expected to continue until the end of June, as is the stamp duty holiday.

But the Chancellor is also determined to signal future tax rises. The Mail revealed yesterday that the Chancellor is expected to shelve plans for an immediate 5p increase in fuel duty – although he may threaten to end the decade-long freeze on the tax when the pandemic is over.

But the Treasury has refused to rule out increases in capital gains tax and has been quiet on the issue of pension tax relief.

Officials have not denied that Mr Sunak is plotting an increase in corporation tax, although they insist he is committed to keeping it at a level that would leave the UK ‘competitive within the G7’.

Tej Parikh, of the Institute of Directors, said: ‘A hike in taxes now risks choking off the recovery before it’s even got going.’

Suren Thiru, of the British Chambers of Commerce, said: ‘If the recovery is stifled by tax rises it could have the perverse effect of worsening the UK’s fiscal position by leaving less activity to tax.’

The Northern Research Group of Tory MPs called for all Covid support to be extended, including the £20 a week top-up payment for Universal Credit.

Last night Labour leader Sir Keir Starmer was also facing a revolt over tax. His party will oppose a rise in corporation tax, despite having campaigned for it at the last election.

But Left-wing MPs warned they would rebel. Nottingham East MP Nadia Whittome said: ‘Our corporation tax is amongst the lowest in the world. It must be raised.’