London: UK Prime Minister Boris Johnson was due to be put on the spot over his Brexit plans on Monday, UK time, at his first face-to-face meeting with the European Commission’s president with barely a month until a Brexit deal must be struck.

Over a working lunch in Luxembourg, Johnson and Jean-Claude Juncker were expected to try to find a “landing zone” for a deal that will take the UK out of the European Union by the end of October.

The EU’s chief Brexit negotiator Michel Barnier will also be present. However the government is playing down expectations for the meeting, saying any Brexit deal would likely not emerge until next month – if then. 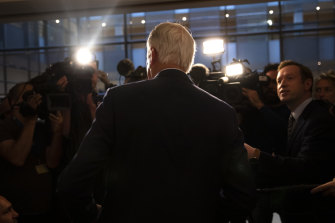 Downing Street also briefed British media that Johnson would not accept any delay to Brexit if one was offered.

There have been no reports of any intention to offer a delay, which would have to be approved by an EU Council meeting in mid-October.

Johnson had told the Mail on Sunday newspaper there were “real signs of movement” in European capitals over the “backstop”, a set of clauses in the deal that former PM Theresa May had struck as an insurance policy to keep the Irish border open, but which were the focus of dissent from Eurosceptic Tory MPs and the Northern Irish DUP.

“A huge amount of progress is being made,” Johnson said.

Johnson’s EU envoy has been busy in Brussels in the last fortnight. However EU sources have been less optimistic. 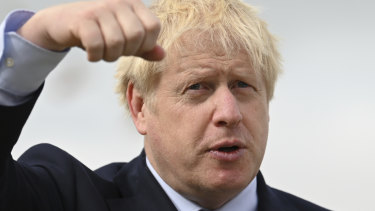 Fabian Zuleeg, head of the European Policy Centre think tank in Brussels, said the view of the 27 other EU countries was “that nothing concrete is on the table and that even if vague hints at some compromise… are true, [it] would be a long way [away] and much more needed to make that work.”

Last week the government was forced to publish its “Operation Yellowhammer” documents, outlining the dire immediate impacts of a no-deal Brexit: fresh food, fuel and medicine shortages, long delays at the ports and problems for law enforcement.

In a column for his former employer, the Daily Telegraph, on Monday Johnson wrote that he believed “passionately” that he could finalise a deal.

But he reiterated his vow that “if we cannot get a deal – the right deal for both sides – then the UK will come out [of the EU] anyway”.

Shortly before it was suspended by the government, the UK Parliament passed a law saying the prime minister must ask for another delay to Brexit if a divorce deal is not struck.

However the Mail reported that Johnson would ignore this law, quoting him saying “the madder Hulk gets, the stronger Hulk gets”, a comment that earned him a Twitter rebuke from Hulk actor Mark Ruffalo.

The Mail reported that No 10 strategists have a “secret plan”, known only to Johnson and three key advisers, which they claim will allow them to ignore the new law without breaking it.

Most legal experts are sceptical. Former justice minister, now Tory rebel David Gauke told the BBC on Monday “maybe the Incredible Hulk doesn’t have to comply with the law but the British government does.”

Foreign Secretary Dominic Raab told the BBC it “goes without saying” that the government will comply with the law, but he also insisted the UK would leave the EU on October 31 “come what may”.

He did not explain how, other than to say the government was looking closely at the text of the “deeply flawed” Brexit extension law.

Raab said the “framework” and “contours” of a Brexit deal without the “anti-democratic” backstop were very clear, and talks with the EU were continuing at a technical and political level.

However he played down prospects for Luxembourg, saying the EU Council meeting of national leaders on October 17-18 was “where the deal will be done”.

On the weekend the Liberal Democrats voted at their party conference that they would simply cancel Brexit altogether if they won power at the next election (an extremely unlikely prospect).

Former Labour MP, now Lib Dem Chuka Umunna told the conference this would “stop this national embarrassment and enable us to focus on the things that really matter”.

On Tuesday the UK’s Supreme Court is due to hear a challenge to the government’s suspension of parliament, due to last until mid-October.