BORIS Johnson has drawn up a secret blueprint for power to convince doubting Tories to back his leadership bid.

He will try to win over waverers with a wad of initiatives to boost NHS funding, tackle violent crime, ease the housing crisis and improve transport links. 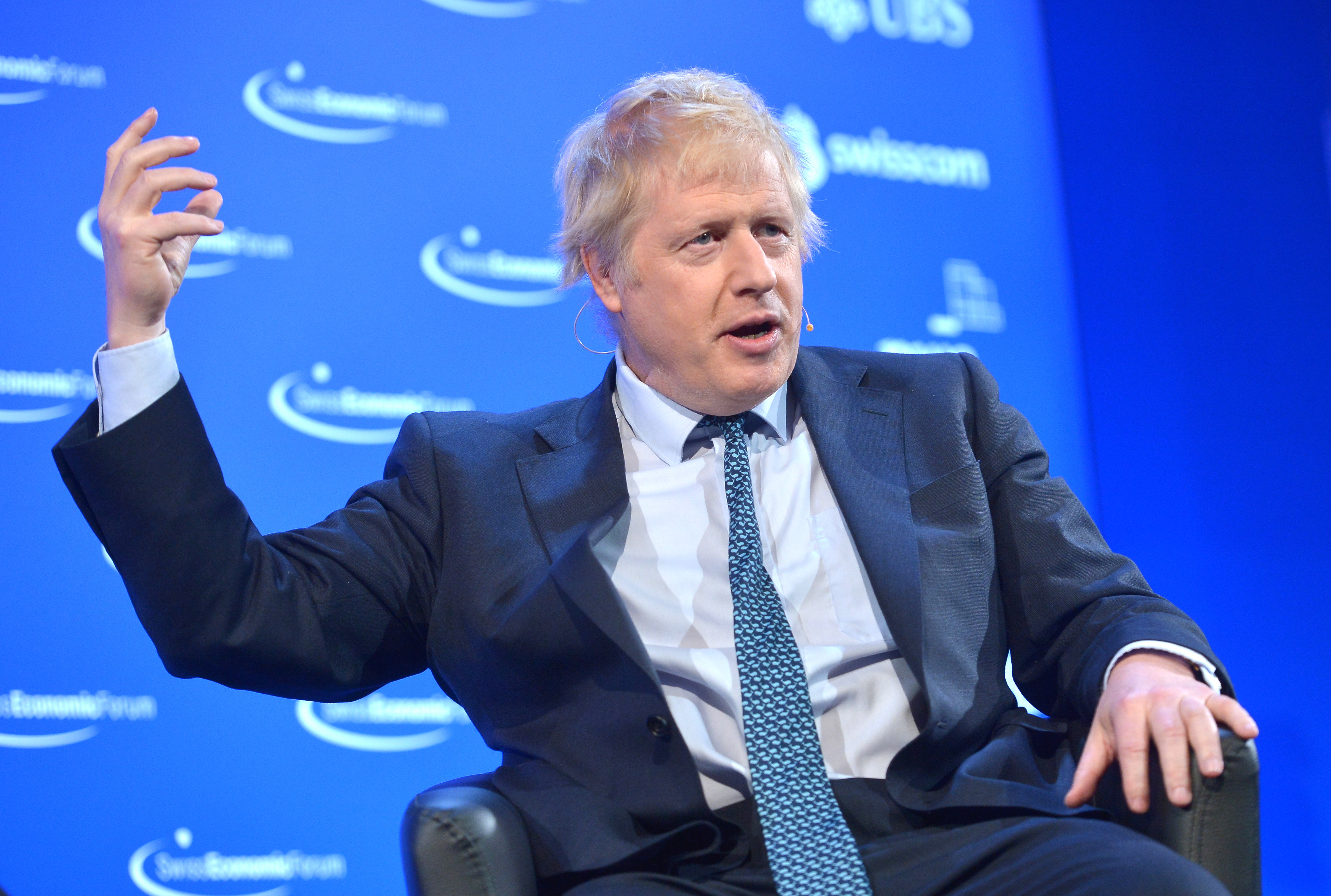 But the hot favourite believes his biggest appeal is that he is a proven winner – who can see of both Jeremy Corbyn and Nigel Farage at a stroke.

In a series of meetings with jittery MPs, Bojo has been driving home the message that only he has the X-factor which can save them at the next general election.

He told one hesitant colleague: “I’m could be your lifeline. I’m the only candidate in this contest who can defeat both Nigel Farage and Jeremy Corbyn.

“I’ve beaten Labour’s hard-Left twice in the London mayoral elections – and know I can do it on the national stage, too.

“We also need to deliver a proper Brexit to make sure we get all those people back who drifted off to the Brexit party.

“It’s not enough to beat one just Corbyn. We must defeat Nigel Farage, too, if we are to retain power.”

To show he means business, Mr Johnson has spent the past few months drawing up a detailed manifesto for his first months as PM.

It is packed with policies that he believes are clear vote-winners to prove he is more than a mere political showman.

He has also held a series of drinks meetings with MPs at which he constantly reminds them of his popular appeal to ordinary voters. 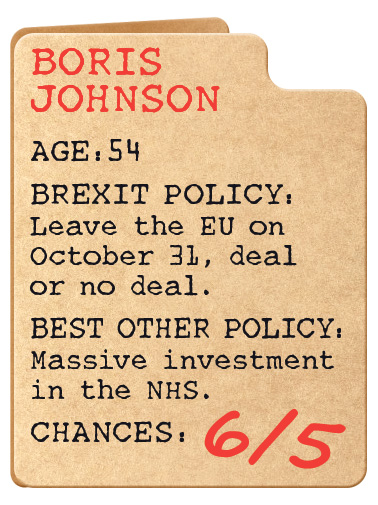 One MP said: “Boris acknowledges that Ken is a far better political operator than Jeremy Corbyn.

“Having seen him off twice, he’d have not trouble taking on Jezza. He firmly believes he would smash him at a general election – and I think he’s right.”

MPs backing Mr Johnson also believe he has the charisma, intellect and communication skills to see off Nigel Farage and his fledgling Brexit party.

More than 100,000 people have become paid-up supporters of the new movement and its soaring popularity could cost Tories enough seats at the next election to hand Mr Corbyn the keys to Number 10.

Mr Johnson has learned the lessons of his failed last leadership bid when he was knifed by Cabinet colleague Michael Gove for being too disorganised – giving Theresa May a clear run for the top job.

He knows that despite being front-runner, he needs to win over his natural enemies and Remainers opposed to his plan for a no-deal Brexit if all else fails. And he has put in the hard graft over his time on the back benches.

Funding the NHS will be a key battleground at the next election – and BoJo has put extra funding at the heart of his pitch for power.

It will also deliver on a referendum promise when the Leave campaign bus said £350million a week sent to the EU could be used to fund the NHS instead.

An admirer said: “Boris is absolutely convinced that as a party that we are putting money into the NHS.

“But more importantly, we have got to make sure that the overwhelming majority of it goes straight into frontline services.

Half a million on BoJo

BETS worth close to £500,000 have been placed on Boris Johnson becoming Britain’s next Prime Minister.

Punters put on individual bets of £3,000 and £2,000 on BoJo in the hours after Theresa May announced her departure.

The odds with Betfair Exchange have Boris at 6/5, Dominic Raab, right, at 6/1, followed by Michael Gove at 10/1. The bookies have seen a total of £1.3million bet so far.

Betfair spokeswoman Katie Baylis said:  “We’ve seen plenty of action on the next leader market, with 35 per cent bet on Boris.

“Those numbers should massively increase over the next few weeks.” 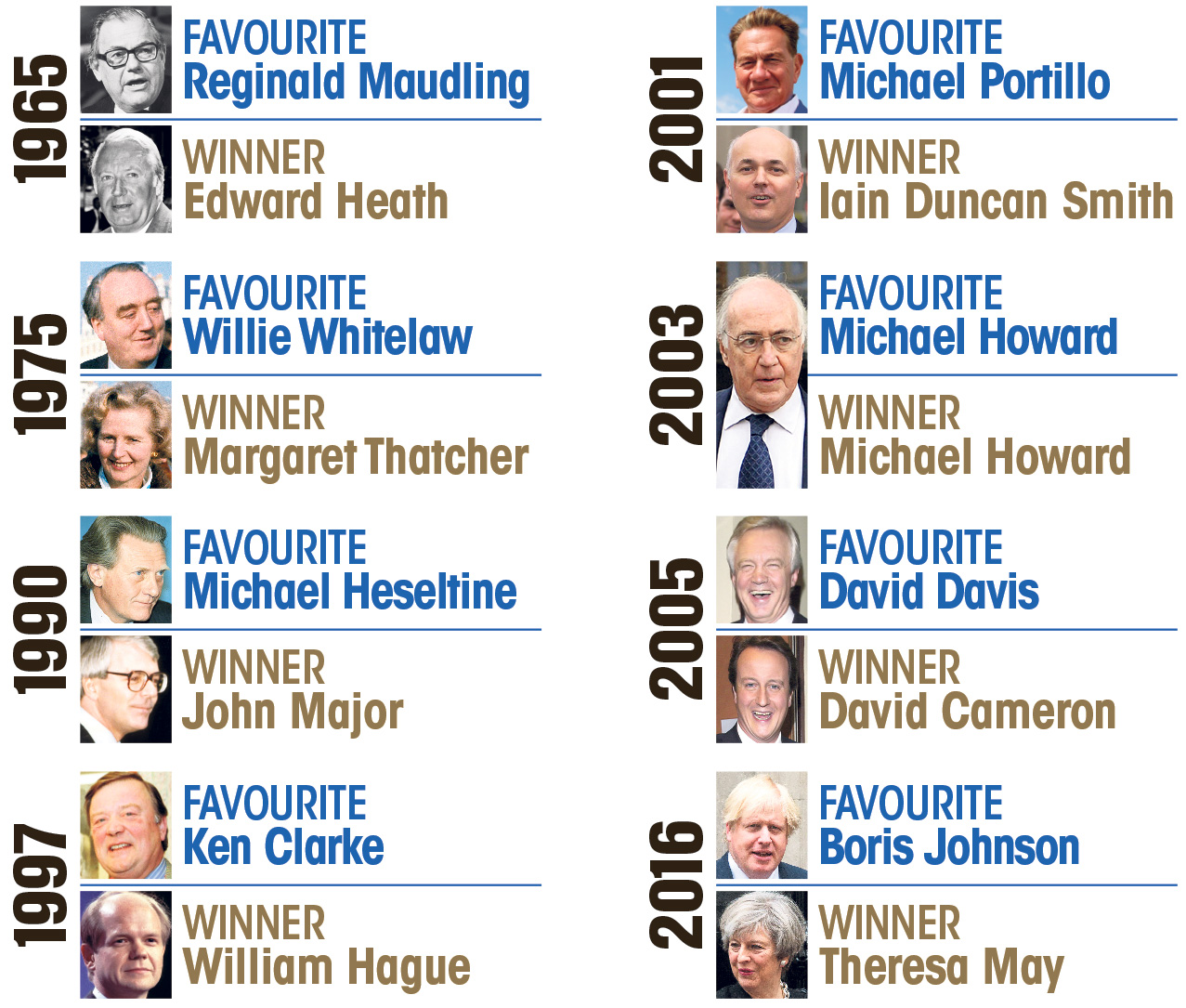 “He is determined that people will be able to see a real difference in GP surgery waiting rooms and hospital waiting rooms. A clear promise on the NHS will be right at the top of his list of priorities for swift action and delivery.”

Mr Johnson was calling MPs to ask for support within 30 minutes of Theresa May’s tearful announcement on the steps of Downing Street on Friday.

He said he was convinced he can negotiate a new Brexit deal with EU chiefs.

The former Foreign Secretary told one MP: “A new leader will have the chance to do things differently. A new administration would bring fresh momentum.”

Brexit is top of Mr Johnson’s agenda, but he believes he can deliver it within three months of seizing the keys to Number 10.

Unlike Theresa May, he would adopt a tougher negotiating position, prepare properly for no-deal and be ready to leave the EU whatever the outcome on October 31.

His blueprint will be packed with “red meat” policies to appeal to all wings of the Tory party – even Remainers who fear his “hard” Brexit stance.

He has drawn up a raft of proposals to tackle violent street crime – again pointing out that he has a proven track record in this field.

He is expected to back a return to stop and search and no truck with street mobs. And he wants tougher sentences for violent offenders.

BORIS Johnson will consider the future of the third Heathrow runway in his leader bid.

The ex-Foreign Secretary opposes the £14billion plan after vowing to “lie down…in front of those bulldozers”.

MPs formally chose the expansion in June last year – but Boris missed the vote to go on an official Afghanistan trip.

The Government backed the third runway at Heathrow after ruling out extending existing runways there or building a second runway at Gatwick.

Johnson wanted a new airport in the Thames Estuary.

One supporter said: “One thing that has impressed me more about Boris is his determination to be strong on law and order. That is where the Tory party needs to be more than ever.

“He’s expressed a desire to do something about the length of time repeat violent offenders spend behind bars – including a reform of how much of a sentence is actually served. All this will go down well with the voters.”

Mr Johnson will not risk being accused of lining the pockets of the rich or cutting benefits or public services to fund an extravagant giveaway.

A massive house-building blitz is being kept under wraps as one of the eye-catching “big projects” to be unveiled at his leadership launch.

But there will be a review of two major infrastructure plans – the HS2 high-speed rail link and Heathrow’s third runway.

MPs believe he will not slam the brakes on the rail link as it is so far advanced but with opinions divided in the party, Mr Johnson is keeping his options open.

Migrants can expect a much more less inhibiting regime than under Theresa May. Bojo is a social liberal who will be keen to keep Britain’s doors open for business – with a welcome mat for hard-working or talented people from around the world.

He believes we need brilliant computer scientists and doctors from all corners of the globe to come here to fuel our economy and bolster our public services.

But he will deliver the strong message that post-Brexit it is Britain that is making the decisions on who can come here to work. 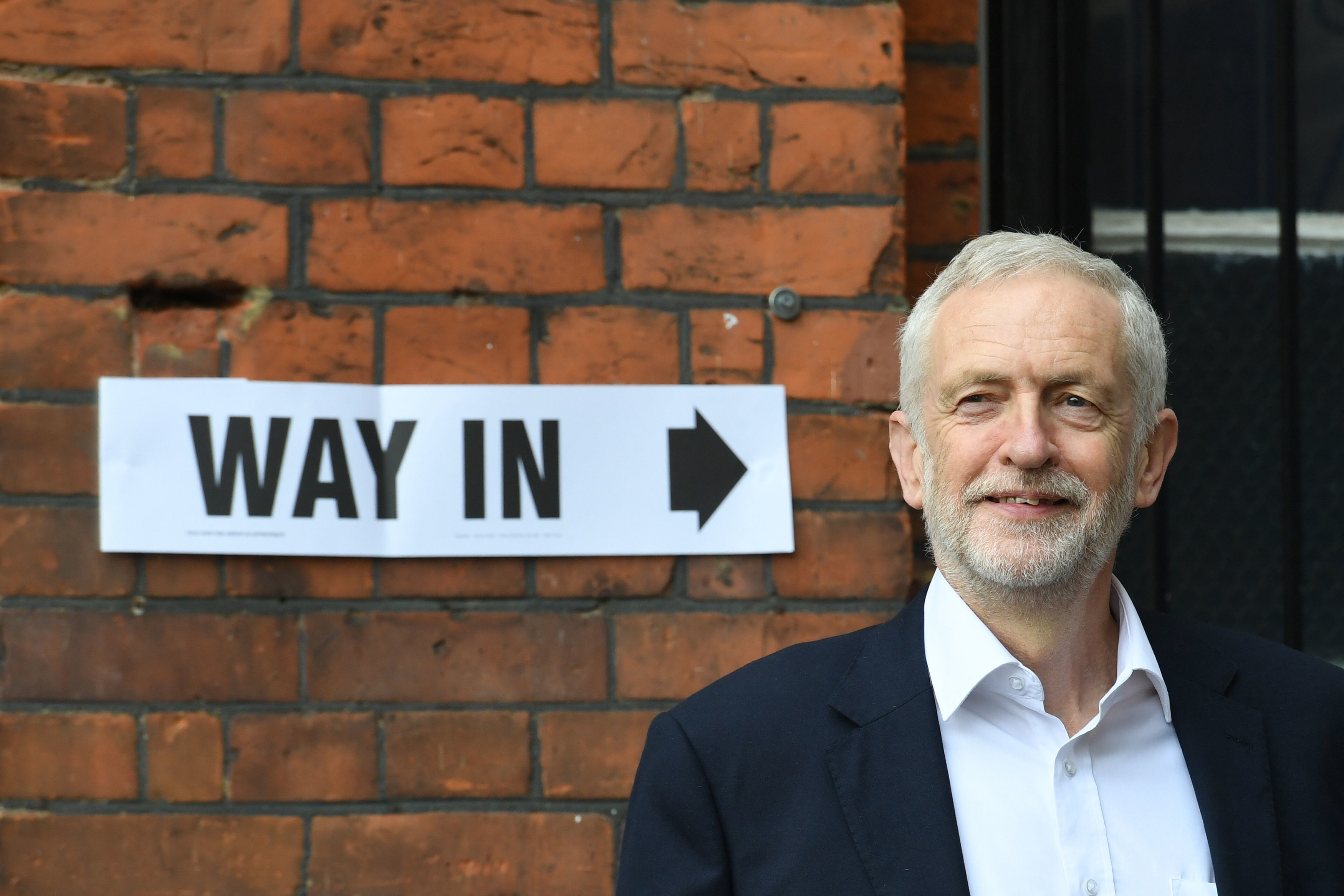 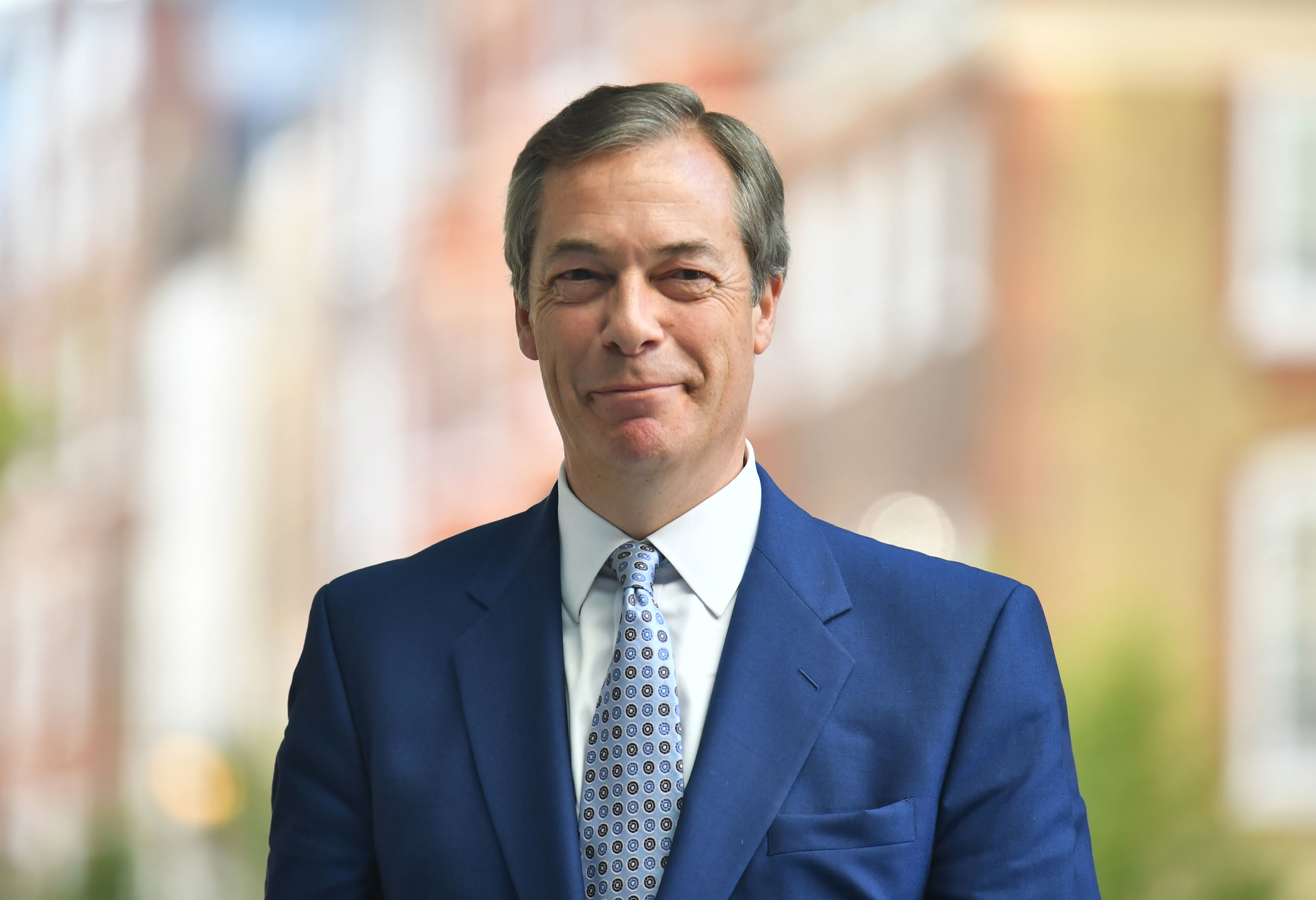 … So will BoJo marry Carrie? 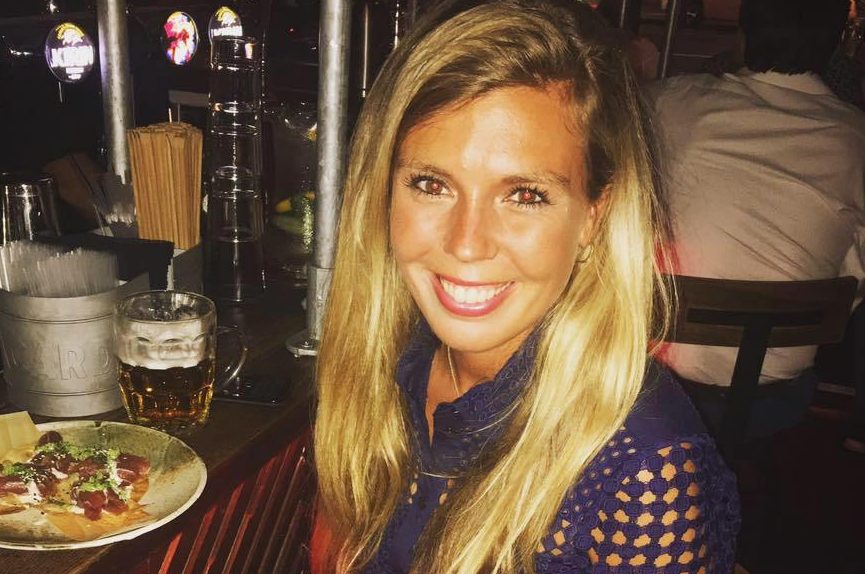 BORIS Johnson could become the first PM to wed while serving in Downing Street for 250 years.

The ex-Foreign Secretary is currently the front-runner to win the Tory leadership contest in July.

Carrie, 30, left, has been at his side in recent months and attended a speech he delivered at the JCB head office in Staffordshire back in January.

Boris and wife Marina announced they were divorcing last September.

The last sitting PM to wed was Augustus FitzRoy, the third Duke of Grafton.