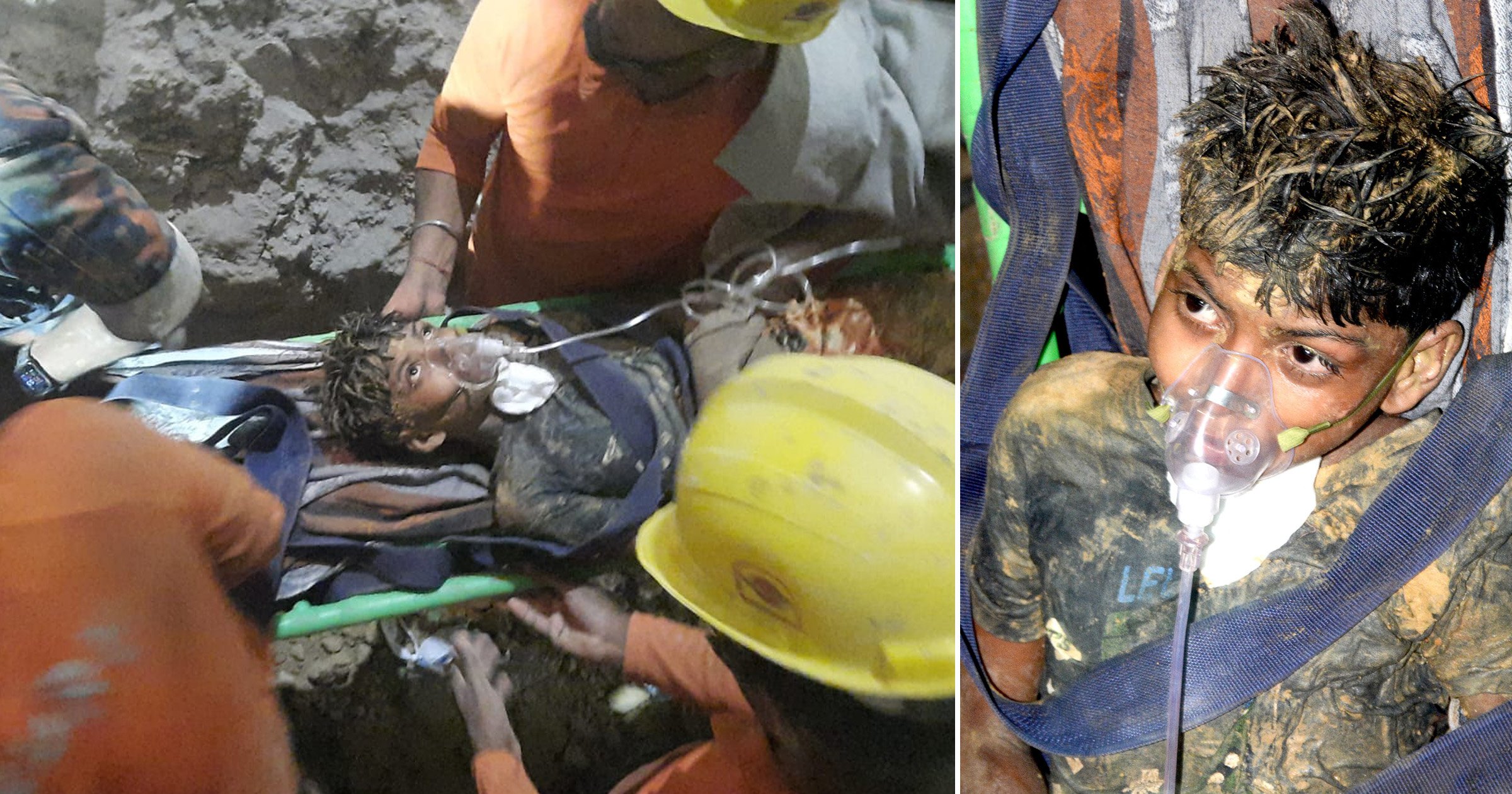 A ‘brave’ child was finally pulled from the bottom of an 80ft well after being trapped down there for four days.

Rahul Sahu, 11, was believed to have fallen down the borewell in the Janjgir-Champa district of Chhattisgarh, India, while playing in the backyard of his home.

In a huge rescue operation, emergency services dug a tunnel a couple of feet wide next to the well to try and pull Rahul out.

The rescue effort was delayed by bad weather and the unearthing of poisonous snakes and scorpions through the digging.

But after 105 hours of effort Rahul – who reportedly has speech difficulties and is hard of hearing – was pulled out of the hole at 11pm on Tuesday.

They found he was alive and breathing, and he was immediately taken into the care of two ambulances waiting at the scene.

Footage shows Rahul being carried out of the hole on a stretcher, surrounded by medics.

It is thought he was kept company by a snake and a frog while he was stuck.

An oxygen pipe was fed down the well to give him fresh air, and he was passed down food like bananas.

The chief minister of Chhattisgarh, Bhupesh Baghel, said: ‘With everyone’s prayers and the relentless, dedicated efforts of the rescue team, Rahul Sahu has been brought out safely.

‘It is our wish that he recovers completely as soon as possible. Our boy is brave. A snake and a frog were his companions for 104 hours.

‘Today the whole of Chhattisgarh is celebrating… we all wish for his return from hospital soon.

‘Congratulations and thanks again to all the team involved in this operation.’

Local reports suggest around 150 officials were sent to the scene, alongside 500 personnel including officers from the National Disaster Response Force.

The boy was taken to Apollo Hospital in Bilaspur, where he remains in intensive care but is in a stable condition.