Little William Weir told his mum Carrie, 41, he wanted to write to the food giant after she told him how bad the toys were for the planet. 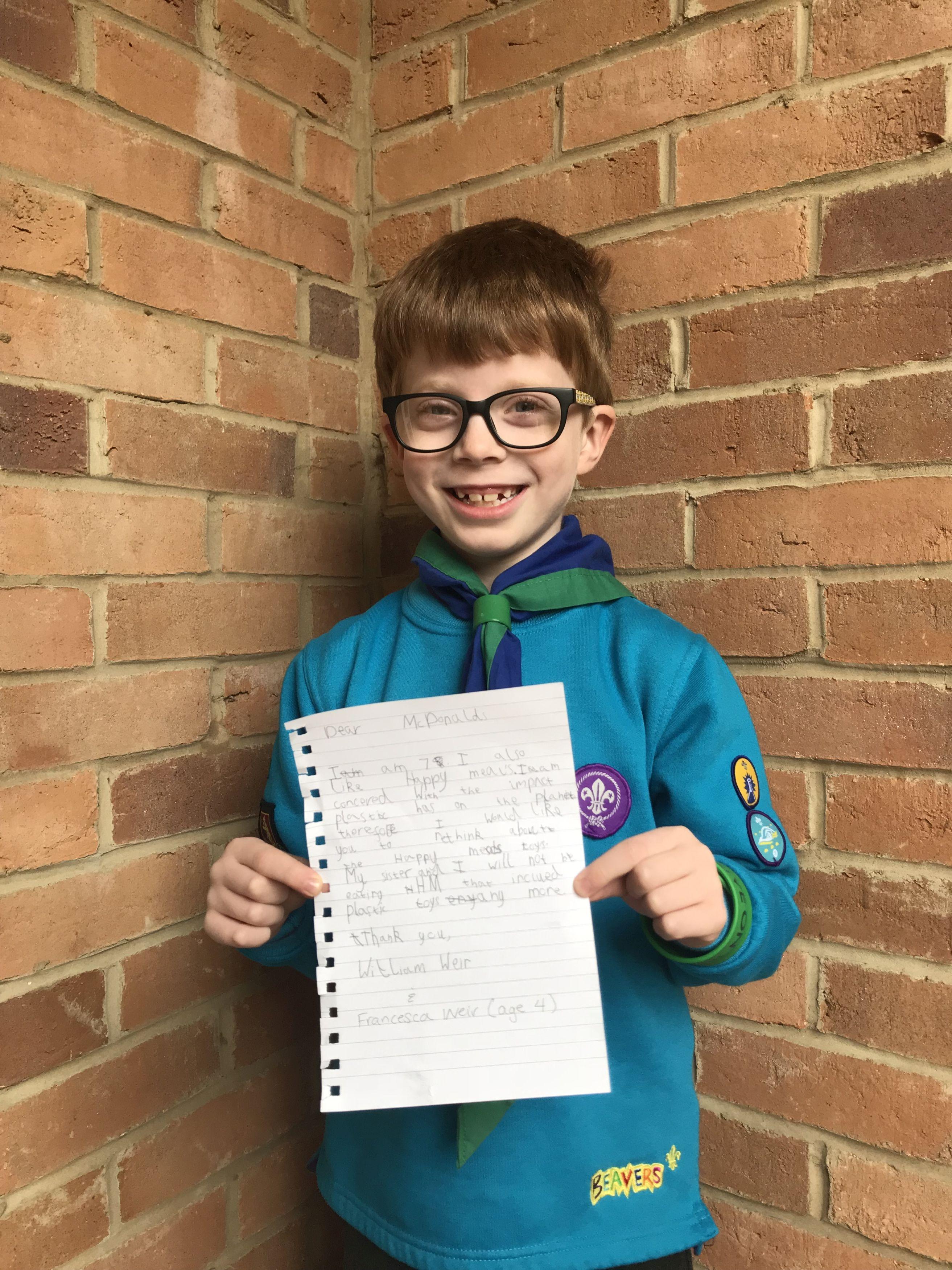 After mentioning his pledge to teachers and friends, William was invited to read his letter during assembly to Dunchurch Infant School's 170 pupils – many of whom are now joining him in taking a stand.

The youngster's comments prompted McDonald's to invite William and his sister Francesca, four, to a feedback group to get their thoughts on restaurant's environmental innovations.

Carrie and husband Neil, 49, filmed a heart-warming video of their son explaining why he had written the letter in which he said he likes seeing the "beautiful fish" in the sea and doesn't want that to end.

The family are calling on others to join them in snubbing the toys, which Carrie says are just "plastic rubbish" and usually go unused by most children. 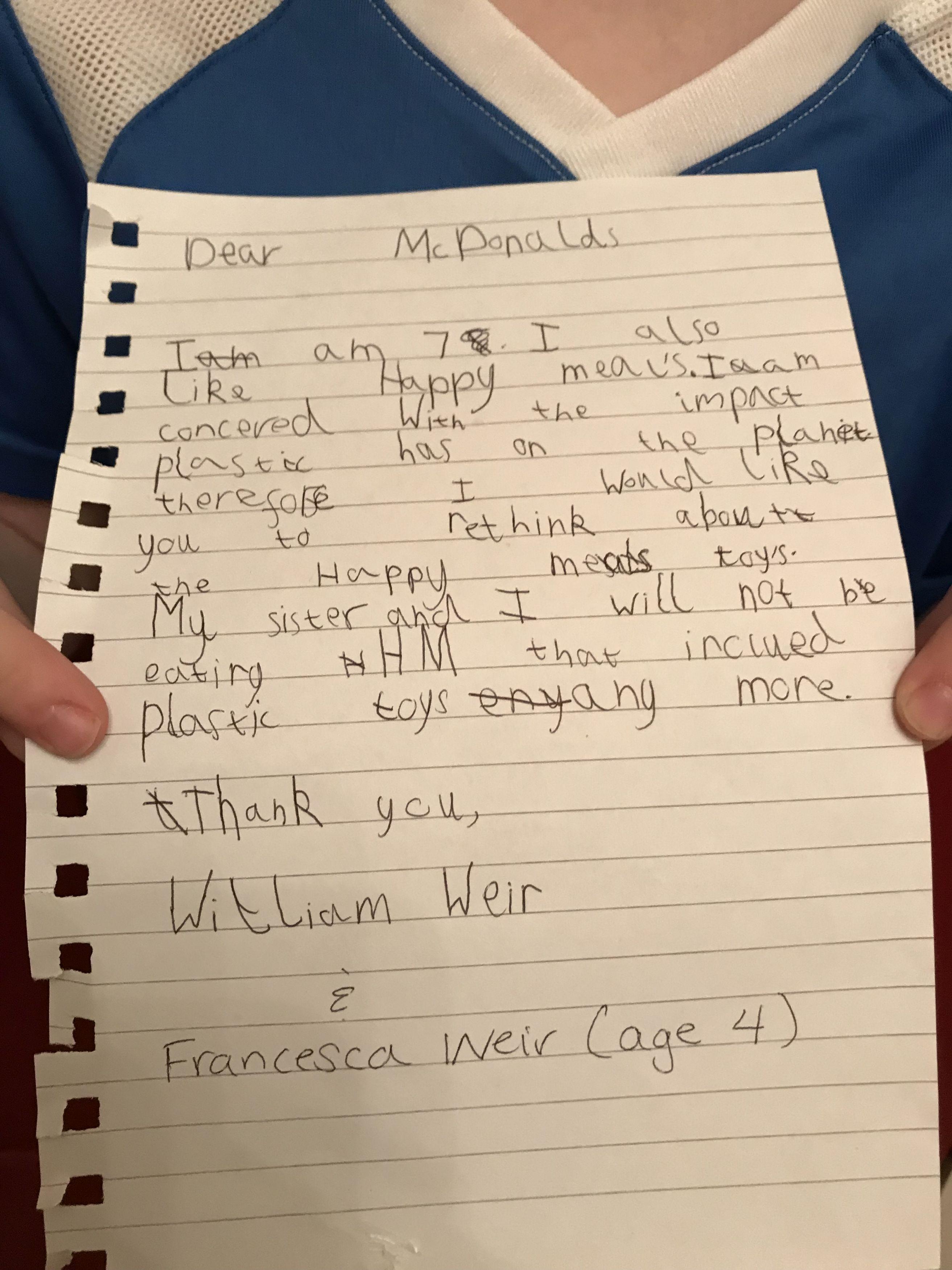 Carrie, from Rugby, Warks, said: "I helped him construct it but it is all his writing and all his thoughts.

"I said I would send it to McDonald's and share it on some sites online to see if it made any difference.

"He was quite excited about this and went into school to tell everyone about it. Everyone thought it was really good, even the teachers.

"I asked him if anyone asked him why he feels this way, what he would say. 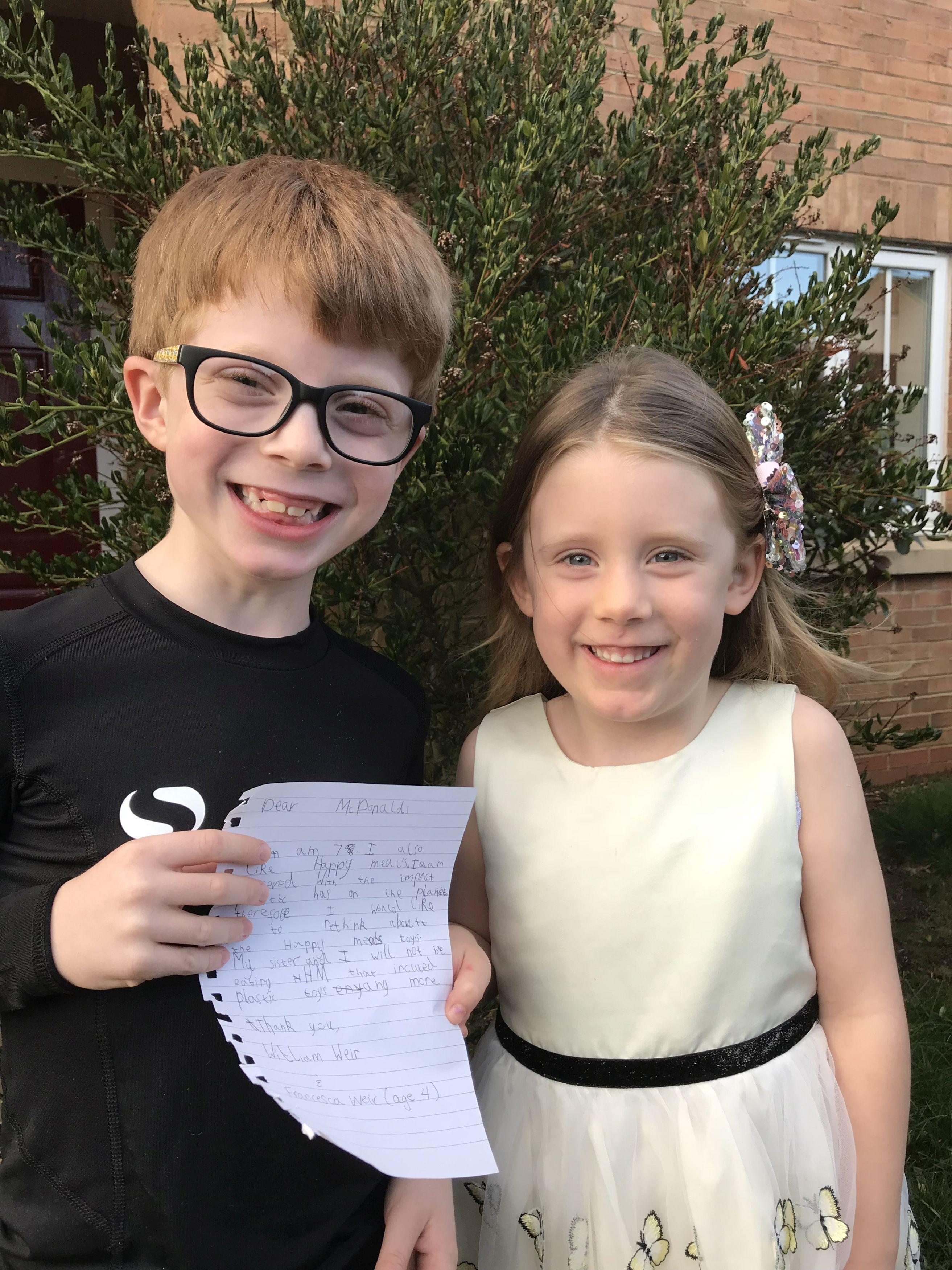 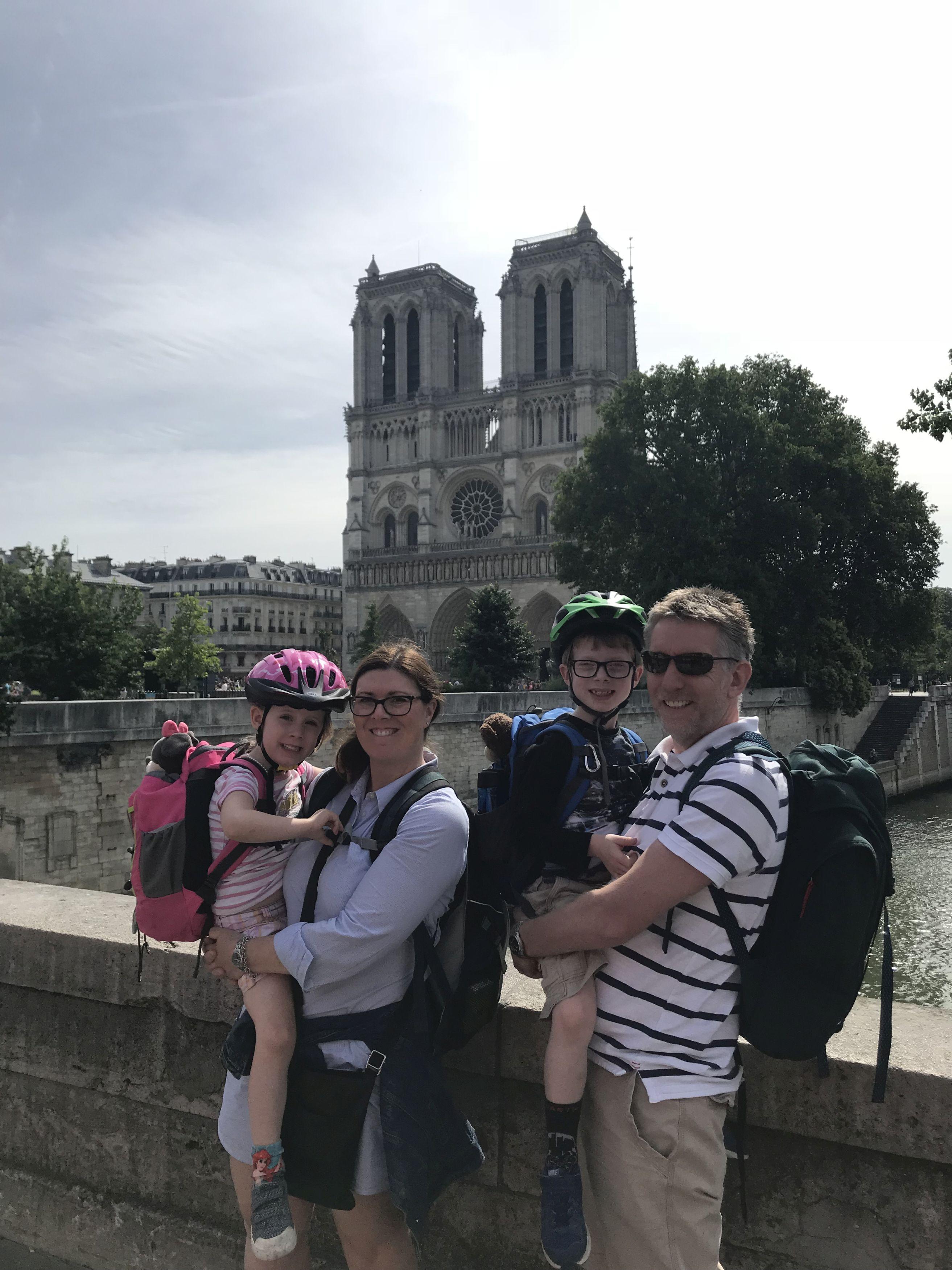 "The parents I’ve spoken to said their children are now starting to ask to not have the toys after hearing about William's letter.

A McDonald’s spokesperson said: “We really appreciate William and Francesca getting in contact.

"We would like to assure them that the reduction and use of plastics is a hugely important issue for our business. We are committed to reducing our environmental impact and we can, and want to, be part of the solution – for example with our move from recyclable plastic straws to paper ones.

“Happy Meal toys provide fun for children and families playing in our restaurants, but also provide many more fun filled hours at home for a long time too.

"When families are finished playing with them, they can also be recycled."