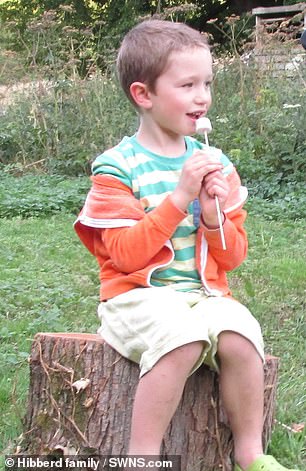 A six-year-old schoolboy’s death was caused by a catalogue of errors including NHS call handlers missing ‘red flags’ in a treatable illness that killed him.

Sebastian Hibberd died from a treatable blocked bowel the NHS 111 helpline failed to pick up on the warning signs, an inquest was told.

His father Russell said three different call handlers from the 111 service failed to realise the seriousness of his son’s condition.

And Mr Hibberd also repeatedly rang his GP surgery but was unable to speak to a doctor despite being assured one would call him back.

Sebastian, from Plympton, Devon, had suffered diarrhoea, was in great pain in the hours before his death and his vomit was green.

Finally his father called 999 and began CPR on his son. Paramedics worked on the boy but he died in the emergency department at Plymouth’s Derriford Hospital.

He had sat holding his son’s hand in the ambulance. Sebastian’s mother Nataliya and their other children were taken to a hospital room where Mr Hibberd was left to tell them their brother had died.

The senior coroner for Plymouth, Mr Ian Arrow, said the medical cause of death was ischemic/necrotic bowel and intussusception – where one segment of intestine telescopes inside another causing an internal blockage.

After a lengthy inquest he recorded a narrative conclusion saying: ‘On the balance of probability there were several missed opportunities for him to receive life saving treatment.

‘In particular it is more likely than not, had his condition been recognised and he had received treatment at 8.44am (on the day he died), his life might have been preserved. 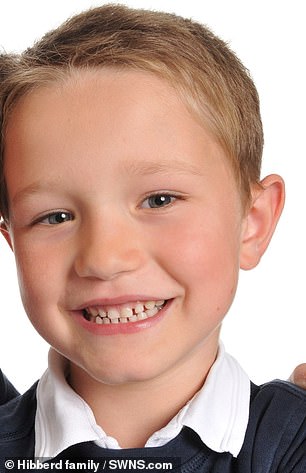 ‘By the time the seriousness of his condition was recognised at 1.54pm it was less likely his life could be preserved.’

The coroner said he is still considering making a prevention of future deaths report.

The Hibberds said after the inquest: ‘No words can properly describe the devastation that we all feel at the loss of Sebastian from our lives.

‘He was quite simply the funniest, bravest, most adventurous and smartest of children and we all miss the laughter and joy he brought to every single day.

‘Sebastian had a love of life and the thought that we will never hear his cheeky giggle again breaks our hearts.

‘What is most tragic and inexplicable in all of this is that Sebastian’s passing was totally avoidable.

‘To have found out the catalogue of errors that led to his death has deeply shocked and angered us.’

Clinical negligence lawyer Dawn Treloar said: ‘This inquest has found that there were multiple failures by individuals and organisations.

‘The safety of the urgent care system has been called into question.

‘Whilst some changes have been made, more needs to be done to prevent situations like this happening again.

‘Sebastian’s death could and should have been avoided, and his family should not be in a position of grieving for their wonderful little boy.’

The tragic three days leading up to Sebastian’s death, according to his father 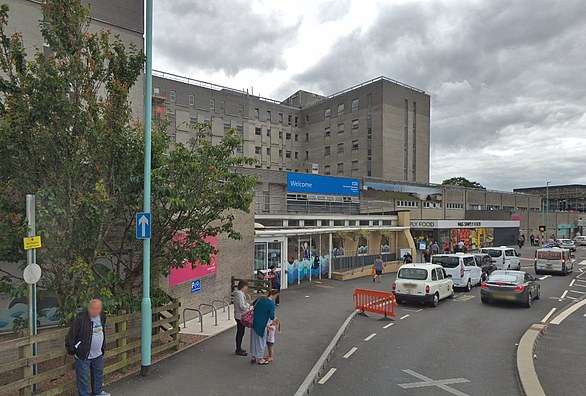 Sebastian was given CPR but declared dead a short while later after arriving at Derriford Hospital. Undated general photo of the hospital

Saturday, October 10 – Sebastian’s father, Russell, realises something is wrong as his son can’t keep his food down and is vomiting more than once every hour.

Sunday, October 11 – Sebastian’s condition rapidly deteriorates. By 6-7am, Mr Hibberd notices that his vomit has become dark green. By 8am, his hands and feet feel cold.

Monday, October 12 – Mr Hibberd calls Glenside Medical Centre in Plymouth where an automated response tells him to call 111 or 999 if the situation is life-threatening.

The father calls 111 at 8.17am and is told Sebastian needs to see his GP within six hours. By 8.30am he had called the surgery five times with no success. By 8.45am, Sebastian’s vomit is ‘green and stringly’. His father calls 111 a second time and again told to get him seen by his GP.

Mr Hibberd eventually gets through to the GP receptionist who says a doctor will call back, but they never do. Sebastian’s condition deteriorates further and his father calls the GP only to hear a call saying it was closed for lunch.

At 1.30pm the father calls 111 again and says Sebastian’s arms and legs are cold and he had already tried to contact the GP. The call is aborted but the handler calls back and tells Mr Hibberd to keep his son hydrated and give him Calpol. The surgery still had a message saying it was closed for lunch at 1.30pm.

Mr Hibberd calls 111 again and is taken through the same questions. Sebastian’s vomit is now a coffee colour, which was a change from before. An ambulance is despatched.

The father goes upstairs to find Sebastian unresponsive. He performs CPR using instructions from the 999 operator until the paramedic arrives at 2pm and takes over.

Another ambulance also tries to resuscitate Sebastian  before he is taken to Derriford Hospital. He is taken into the resuscitation area at 3.07pm where efforts to save him continued. CPR was stopped at 3.21pm because continuing would be ‘futile’.