GENEVA/BRASILIA (Reuters) – Brazil’s COVID-19 death toll overtook Britain’s on Friday to become the second highest in the world with 41,828 dead, but the World Health Organization said the nation’s health system was standing up to the pressure. 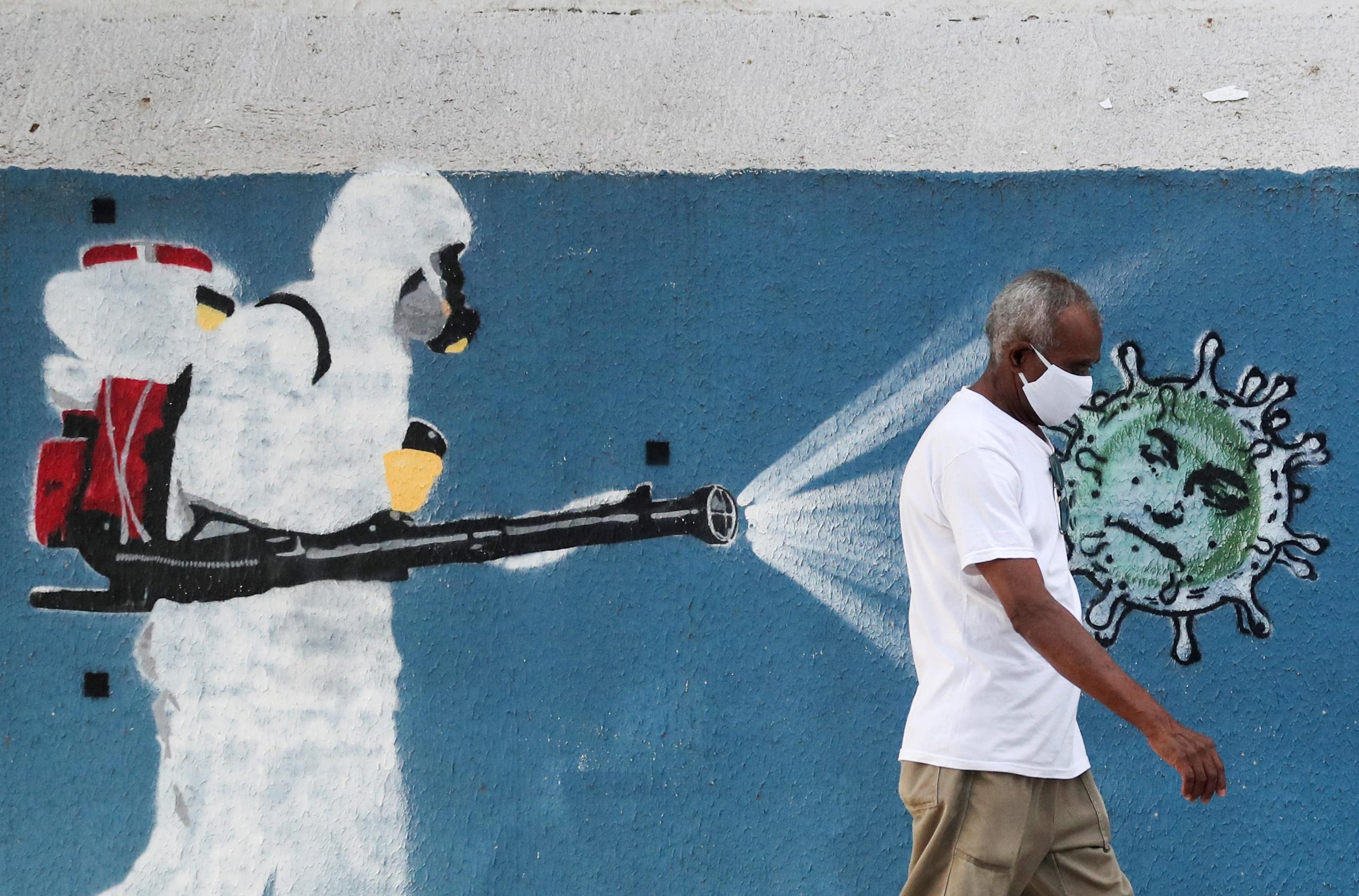 “The system as such from the data we see is not overwhelmed,” the WHO’s top emergencies expert Dr. Mike Ryan said, with few areas of Brazil using more than 80% of their hospitals’ intensive care bed capacity.

Brazil clearly has hotspots in heavily-populated cities, he said, but overall its health system is coping with the world’s second worst number of infections.

The Ministry of Health reported on Friday a cumulative total of 828,810 confirmed cases of coronavirus, with 25,982 new infections in the last 24 hours, and another 909 deaths, numbers second only to the United States.

“The data we have at the moment supports (the vision of) a system under pressure but a system still coping with the number of severe cases,” Ryan said at a briefing in Geneva.

Brazil’s Health Ministry has reported more than 1,200 deaths a day since Tuesday, a mounting toll as the country moves to ease quarantine restrictions and reopen businesses, a move called for by President Jair Bolsonaro.

The right-wing leader has minimized the gravity of the novel coronavirus, dismissing it “a little flu,” and has accused state governments of exaggerating the number of infections and deaths to undermine him.

On Thursday night, Bolsonaro encouraged his supporters to “find a way to get inside” hospitals to film whether the ICU beds are occupied or not, to provide images that the police and Brazil’s intelligence agency could investigate.

Brazilian shoppers lined up for hours and crowded into malls that reopened on Thursday in the country’s two largest cities. Shoppers continued to crowd malls on Friday, Brazil’s equivalent to Valentine’s Day.

Inside stores in Sao Paulo and Rio, distancing rules were followed and shoppers were required to wear protective masks. Temperatures were taken before people entered some malls.

A poll by brokerage XP Investimentos released on Friday showed that 52% of Brazilians now favor easing quarantine restrictions, versus 44% against, even though 61% of those surveyed believe the worst is still to come.

Last month, an XP Investimentos poll had found that 76% saw social distancing as the best way to avoid the spread of the virus and 57% thought quarantine measures should remain in place until the risk of infection subsided.