THE heartbroken pal of a "bullied" 14-year-old schoolboy paid an emotional tribute to him days after he lay down on the tracks and was killed by a train.

Sam Connor died on Monday afternoon at Chertsey station in Surrey in front of 50 horrified classmates after being "bullied online" by trolls posting nasty comments. 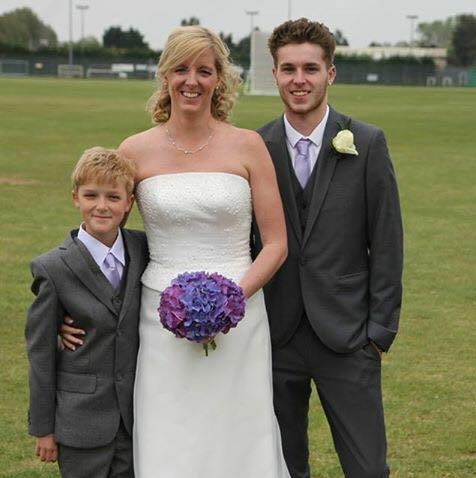 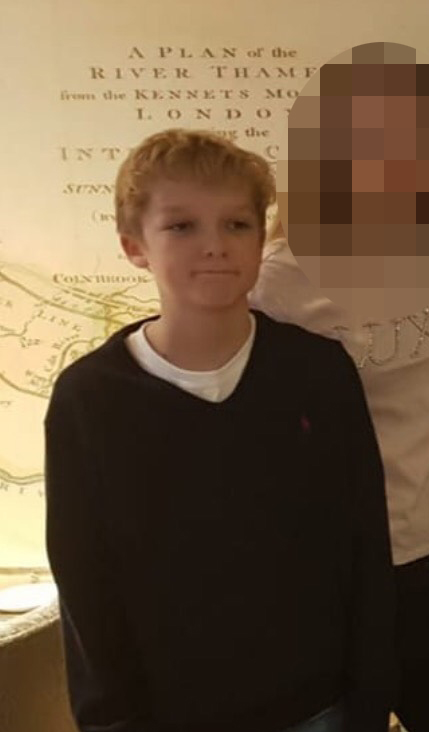 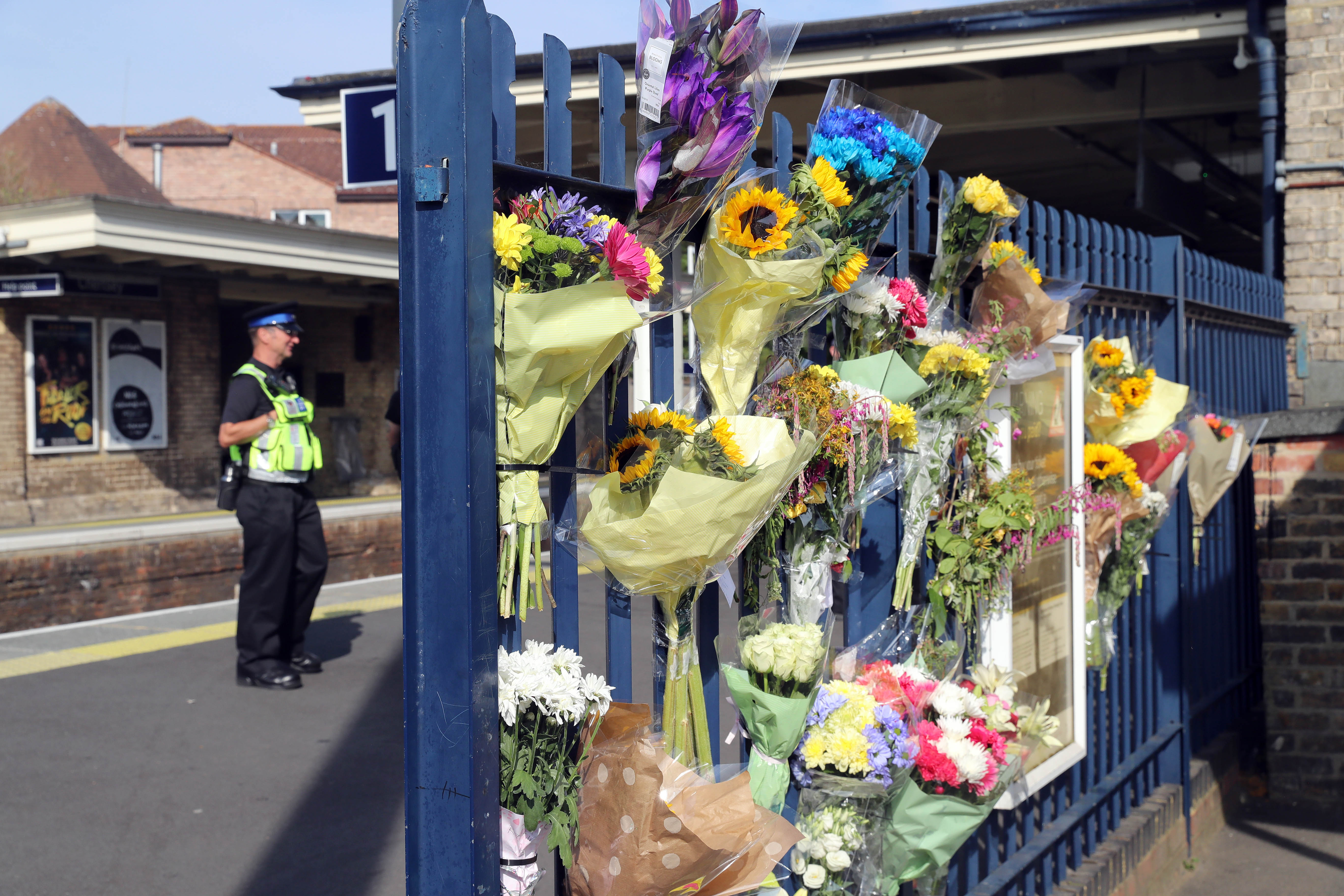 A friend described Sam as "bright and popular" and revealed the teen was one of the "nicest and most charming" boys at a local breakdancing club.

He posted a photo of Sam on Facebook with his breakdancing pals, writing: "Cannot not even think of an emotion to describe how I am right now apart from just heartbroken. No parent should ever have to bury their own child. The child should always bury the parents.

"The crying with happiness, the laughs, the dancing will never be the same without you. Rest in peace Sam you absolute legend.

"Breaking isn't going to be the same with you gone. Hope you're still dancing out there in the skies."

TRAGEDY ON THE TRACKS

Sam had reportedly handed over his mobile phone and school bag to horrified classmates.

Sobbing pals screamed "I saw it, I saw it" after the Year 9 pupil lay down on the tracks before being struck at 4pm on Monday at Chertsey station.

As tributes to the teen came flooding in, Deborah Barrett, the first wife of Sam's dad, James, said: "It's just so sad. It's so awful, isn't it? My girls are all so upset.

"It's horrible. You can't imagine, can you? I've just spoken to my middle one and she said he just lay down on the tracks.

"He was a sensitive little soul, a cute little thing who was into gaming. He was funny and sarcastic with a great sense of humour."

Breaking isn't going to be the same with you gone. Hope you're still dancing out there in the skies.

Mum to Sam's three half-sisters, she added: "This is so horrible for the family. They loved him, they were all quite close.

"There were six kids altogether, they are all quite close, the children, and Sam was the youngest.

"My youngest daughter rang me on Monday and told me what Sam had happened and said Sam had been bullied.

"It doesn't bear thinking about. It's awful.

"My girls have said there was stuff said online about Sam.

"Lots of children are bullied but this must have been horrendous.

"If Sam was being bullied at school, then why weren't the school doing anything?"

Despite multiple reports of bullying Salesian School have said they have no record of Sam being bullied.

More than 50 children and adults from Roman Catholic school Salesian were understood to have been standing on the platform at the time of the tragedy.

Cops were called to usher them away from the horrific scene so specialist body recovery experts could remove his remains from the tracks.

One of Sam's friends said he was being bullied and would sit on his own in the playground at break time.

It is understood a scrawled note – believed to be a suicide note – was found nearby.

A family friend told The Sun: "Sam was being bullied at school but I don’t know how, lots of children are bullied but it must have been horrendous for him to resort to this.”

More than 25 floral tributes have been left on the gates of the station as stunned well-wishers pay their respects.

The owner of a convenience store close to the Connor family home in Ashford also spoke of his shock at the 14-year-old’s death.

He said: "He was always so polite and a really lovely lad. I just can’t believe what has happened.”

In the wake of the tragedy on Monday, a sweet shop worker said tearful children ran screaming into her store, which is opposite the station.

She said: "It was so sad. Children were running around crying and screaming.

“One young girl came in the shop in tears and was screaming ‘I’ve seen it all’.

“We looked out and saw the train on the platform and put two and two together.

“The kids on the platform didn’t know what to do.”

Horrified witnesses also claimed sobbing pupils had called out Sam's name after he was struck by the train.

One passenger, who was on the train when it hit the boy, told the Mail Online: "The train stopped very suddenly with only one carriage alongside the platform.

"I thought maybe one of the kids had dropped their phone as they were all looking down at the wheels of the carriage.

A school spokesman told the newspaper they had "no record" of the boy being bullied and couldn't make any further comment.

Headteacher James Kibble said the school is "devastated" and it will be holding a series of assemblies to help students come to terms with the tragedy.

He wrote: "We were devastated to find out that, following an incident at Chertsey station, one of our Year 9 students died this afternoon.

"This is an incredibly difficult situation for everyone, but knowing the faith, compassion and strength of our school community, I am confident that we will work together to support one another.

"This will start from first thing tomorrow, and will be holding a series of assemblies to talk to the students about what has happened and how we can collectively come to terms with this tragedy.

"We would ask that our community joins together to remember the student and their family in their prayers at this incredibly sad time."

The annual sports day was due to take place on Tuesday but was cancelled after the tragedy.

An educational psychologist and counsellors are on site to help the youngsters.

A British Transport Police spokesman said: "Officers were called to Chertsey station at 4pm following reports of a casualty on the tracks.
"Paramedics also attended and sadly a person has been pronounced dead at the scene.

"The incident is not being treated as suspicious and a file will be prepared for the coroner."

On Tuesday, a 70-year-old man died after being found on the tracks at nearby Woking but the two incidents are not being linked.