A 25-year-old man has been arrested on suspicion of the murder of heavily pregnant Kelly Mary Fauvrelle, Scotland Yard said.

Kelly Mary Fauvrelle was heavily pregnant when she was knifed to death in her own bedroom while her whole family was home.

A statement from Scotland Yard said: “On Thursday July 11, detectives investigating the murder of Kelly Mary Fauvrelle and her baby son, Riley, arrested a 25-year-old male on suspicion of murder.

“The male has been taken to a central London police station where he remains at this time. Enquiries continue.”

Last week, The Metropolitan Police released CCTV footage of a suspect who is seen walking towards the home in Raymead Avenue.

The suspect then ran away from the property a few minutes later prompting police to investigate further, it is unclear if the man on the footage is the same man who has been arrested.

Detective Chief Inspector Mick Norman said the family was alerted to the brutal murder by Kelly’s screams at about 3.30am.

Kelly’s entire family – her mum, two brothers, sister and sister’s baby son – were all in the house, but did not see her murderer. 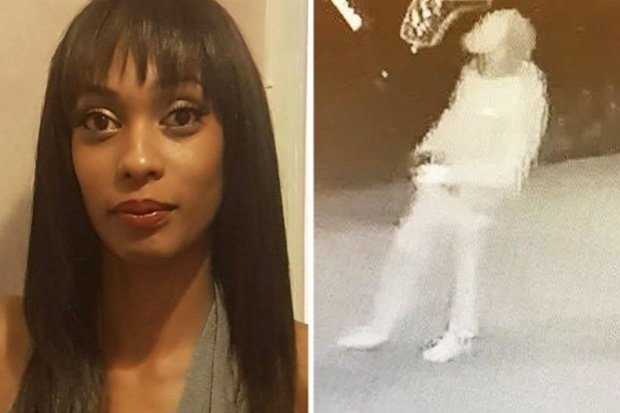 The expectant mother “dreamed of being a mum” when she was knifed in Croydon.

Paramedics battled to save her but she died at the scene while hero paramedics delivered her unborn baby.

Riley’s dad, who did not live with Killy, was with his son when he died.