The powerful earthquake struck in Ridgecrest, around 202km (125 miles) north of Los Angeles.

It comes a day after a 6.4 magnitude earthquake hit Southern California on Thursday, the most powerful quake to hit the state in 25 years.

Strong aftershocks have rocked the south of the state in the past couple of days.

The quake was felt over a wide area of the state, with many taking to social media to report the tremors. 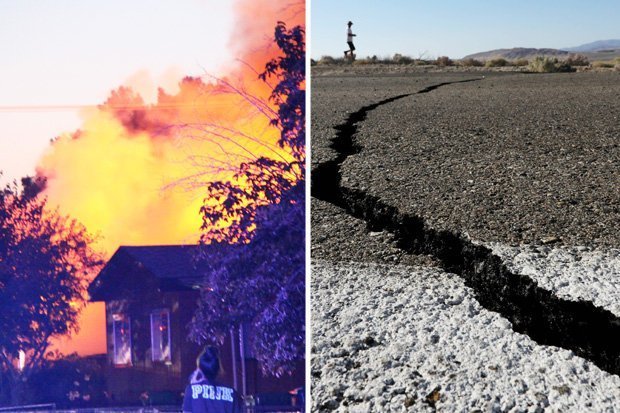 The European Mediterranean Seismological Agency later revised the earthquake down to a magnitude 6.9.

There were no immediate reports of damage.

On Thursday, several injuries were reported, and two houses caught fire after a gas pipe broke.