BREAKING NEWS: Chairman of the joint chiefs goes under QUARANTINE

The chairman of the joint chiefs of staff and other top military leaders are under quarantine after a senior Coast Guard official tested positive for the coronavirus, two U.S. officials said.

Gen. Mark Milley and the chiefs of the Army, Navy and Air Force have tested negative for the virus, but remain under quarantine as a precaution, said the officials, who spoke on condition of anonymity to discuss information not yet made public. The head of U.S. Cyber Command, Gen. Paul Nakasone, was also among those quarantined.

Milley and other top DOD officials have received frequent tests after being at the White House Sunday, the New York Times reported. 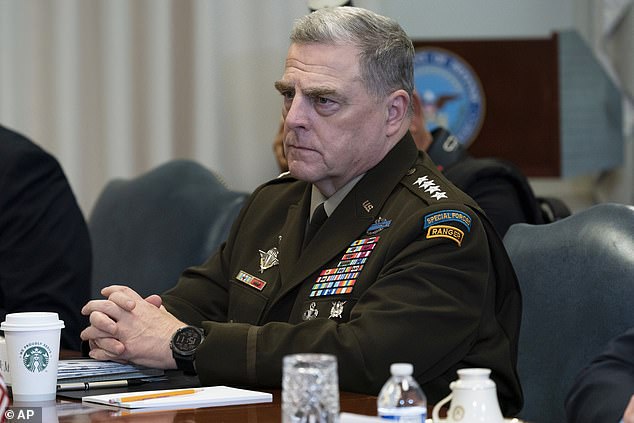 Joint Chiefs Chairman Gen. Mark Milley has gone into quarantine after attending a White House event Sunday. So have other top defense officials

They attended an event for ‘Gold Star” families. President Donald Trump and First Lady Melania Trump both were present.

The officials said the military leaders were working from home and this has not affected military readiness.

They also have huddled in the ‘Tank,’ a secure facility inside the Pentagon. 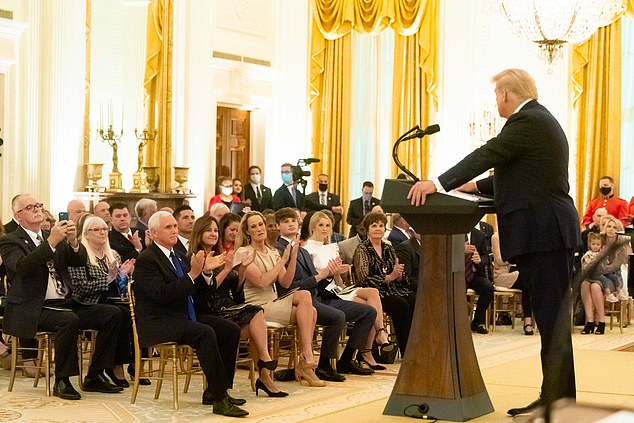 Up to 14 officials are believed to have been potentially exposed to the virus after meetings last week with the vice commandant of the Coast Guard, Adm. Charles W. Wray, who has tested positive. The officials were informed about the positive test on Monday.

It is not known how Wray contracted the virus, but it was not believed to be related to the outbreak affecting President Donald Trump and others at the White House, the officials said.

The news took the proliferating White House coronavirus outbreak into a concerning new direction, with the nation’s national security and defense apparatus under threat.

The Times reported that Army chief of staff Gen. James C. McConville and other top military leaders are quarantining after being exposed to Adm. Charles Ray, the vice commandant of the Coast Guard, who tested positive for COVID-19.