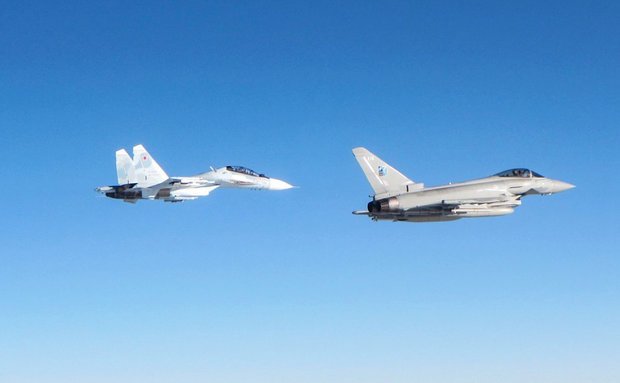 They were flying north from the Russian city of Kaliningrad towards Estonian and Finnish airspace.

A Typhoon pilot said: We scrambled to intercept two contacts that were approaching Estonian airspace from the south.

“We escorted the two aircraft for 15 minutes as they transited back towards mainland Russia.

“We then handed over responsibility to two Finnish QRA aircraft, which had also been scrambled as the Russian aircraft operated on the airspace boundary between Estonia and Finland.”

It is the eighth time RAF planes based in Estonia have been scrambled to Vladimir Putin’s air force in just six weeks.