UK’s top court to decide whether suspension of parliament weeks before Brexit date was lawful. 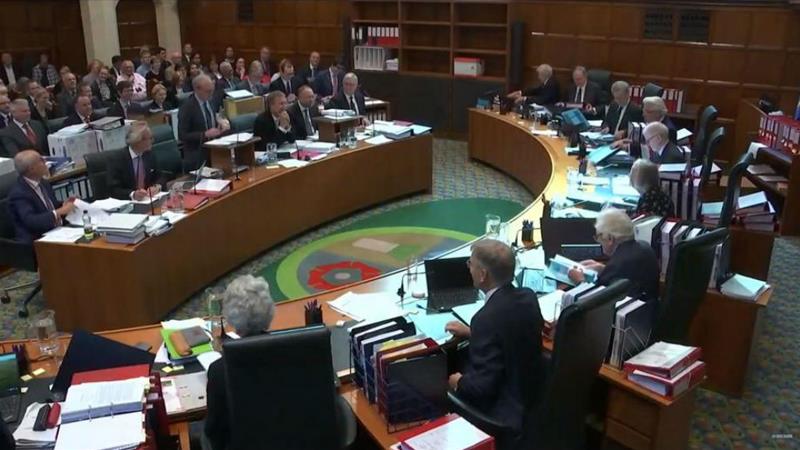 The United Kingdom’s Supreme Court is on Thursday hearing the final arguments in a case that will determine whether Prime Minister Boris Johnson broke the law by suspending Parliament just weeks before the UK was due to leave the European Union.

Judges at the country’s top court were set to hear from a lawyer for John Major, a former prime minister, who is among those challenging the decision by Johnson, one of his successors as Conservative leader.

Opponents claim Johnson sent MPs home until October 14 to prevent them from scrutinising any plans to take Britain out of the EU at the end of next month, with or without a divorce deal. They also accuse the prime minister of misleading Queen Elizabeth II, whose formal approval was needed to suspend the legislature.

The government says the five-week suspension was routine – Parliament is usually suspended for a few days around party conference season – and was not motivated by Brexit, but by a desire to build a new domestic legislative agenda. Judges should not interfere in politics, says Johnson’s administration.

The 11 Supreme Court justices are unlikely to give their judgment before Friday at the earliest. The court may decide the subject is a matter for politicians and not for the judiciary. But if the court rules that the suspension was illegal, Johnson could be forced to call MPs back to Parliament.

It would be a new blow for Johnson, who has lost his majority in Parliament and therefore his ability to govern through the legislature, being defeated in all six of the votes he has faced. The prime minister is battling to fulfil his pledge to lead Britain out of the EU on the scheduled date of October 31 – with or without a divorce deal.

Johnson insists he is working hard to get an agreement with the EU that will ensure a smooth departure. EU leaders are sceptical of that claim, saying the UK has yet to produce any concrete proposals.

Antti Rinne, the prime minister of Finland – which currently holds the rotating presidency of the 28-nation bloc – warned “it’s all over” if Britain didn’t come up with solid new Brexit proposals by the end of the month.

“If the UK wants to discuss alternatives to the existing exit agreement, then these must be presented before the end of the month,” Rinne said after meeting French President Emmanuel Macron in Paris on Wednesday.

The European Commission has no firm deadline for when Britain should make a formal proposal to break the deadlock, but says it should be presented before the “milestone” EU summit on October 17-18.

“If there are no precise dates being mentioned that is not a deadline because a deadline implies a precise date. In that case, as I have reiterated, every day counts,” a European Commission spokeswoman said on Thursday.

“We mentioned the European Council in October as a milestone in our calendar so in order to properly prepare a European Council the sooner we make progress the better, but I don’t have a precise date to give you,” she continued.

Britain says it has not revealed detailed proposals because they would likely leak, to the detriment of negotiations.

UK Brexit Secretary Steve Barclay said the six weeks until October 31 were “sufficient for a deal” if both sides provided “creative and flexible solutions”.

“A rigid approach now at this point is no way to progress a deal and the responsibility sits with both sides to find a solution,” he said during a visit to Madrid.

But Britain has on Thursday submitted some written proposals to the EU, sources told the Reuters news agency.

Ireland, however, remains unconvinced, with Dublin saying on Thursday that the UK had failed to supply credible Brexit proposals, adding that there had been no breakthrough at talks last night with the DUP – the Northern Irish party which propped up the government of Johnson’s predecessor, Theresa May.

Irish foreign minister Simon Coveney said there was growing frustration in the European Union that London had not yet tabled proposals on an alternative to the Irish border backstop.

“We need to get credible proposals that we simply haven’t seen yet,” he said, adding there remained a significant gap between what the UK wanted and what the EU would accept.

“Meeting last [night] was positive and friendly but it is important that it’s not interpreted as some sort of breakthrough, because I don’t think it is,” Coveney said.

Foster said a deal could be secured for an orderly British exit from the European Union if flexibility were shown “by all sides”.

B&M shoppers rave about its ‘super dupe’ £6 fluffy slippers which are almost identical to the £80 Ugg version
We and our partners use cookies on this site to improve our service, perform analytics, personalize advertising, measure advertising performance, and remember website preferences.Ok