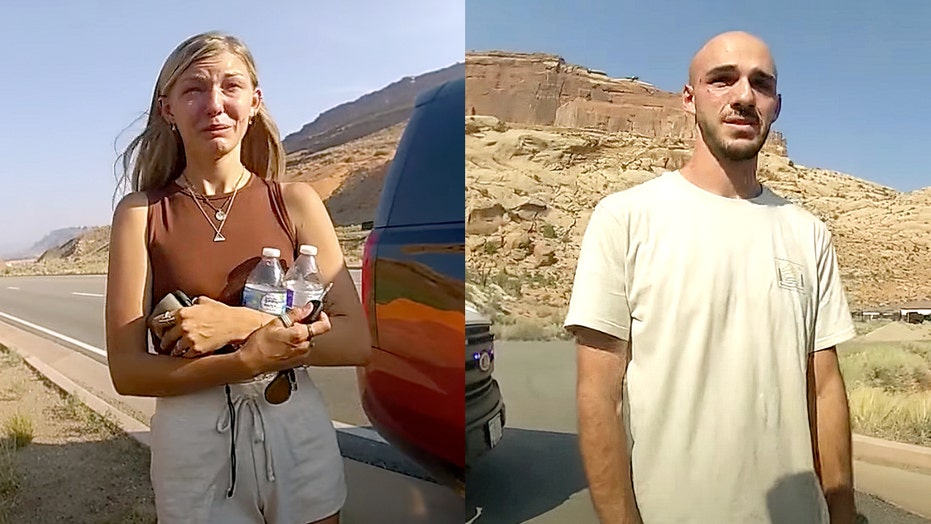 Hunter Mannies said the encounter with the man who looked like Laundrie and introduced himself as ‘Brian’ was ‘extremely uncomfortable.’

Investigators working with Duane “Dog the Bounty Hunter” Chapman are honing in on portions of the  Appalachian Trail in North Carolina as they continue their search for Brian Laundrie, who is wanted on bank fraud charges after his fiancée, Gabby Petito, was found dead in Wyoming.

As the manhunt for Laundrie forges on, people have claimed to have seen the 23-year-old avid hiker in Watauga County, North Carolina, according to multiple reports. Users in a private Facebook page, Appalachian Classifieds, described how people were “reporting seeing Brian Laundrie in Boone, NC,” according to the Watauga Democrat.

The Watauga County Sheriff’s Office told local affiliate FOX 46, “We were looking into these claims, but nothing has been verified.” The sheriff’s office did not immediately respond to Fox News’ request seeking confirmation.

It’s far from the first time members of the public have reported seeing Laundrie since he allegedly went missing on Sept. 14. Earlier this month, people reported possible sightings in Mobile, Alabama, where a man was found dead near a local Walmart store, and in trail camera footage from Baker, in Okaloosa County, Florida.

Earlier this week, Lyssa Chapman, the daughter of Duane “Dog the Bounty Hunter” Chapman, tweeted that the team was “looking for experienced HIKING/SURVIVALIST near the Appalachian Hiking trail in North Carolina.”

She later asked the public to share Laundrie’s mugshot with those who live in “backwoods” communities in North Carolina. She also urged hunters and people who lived near the Appalachian Trail in North Carolina to check their game cameras.

And a woman who says she was one of Petito’s best friends, Rose Davis, told PEOPLE Laundrie “lived in the Appalachians by himself for months.”

“He is out in the wilderness, I promise you,” 21-year-old David told the site. She later added that she believed if he was alive, he was “camping out.” Davis did not respond to Fox News’ previous request seeking comment. 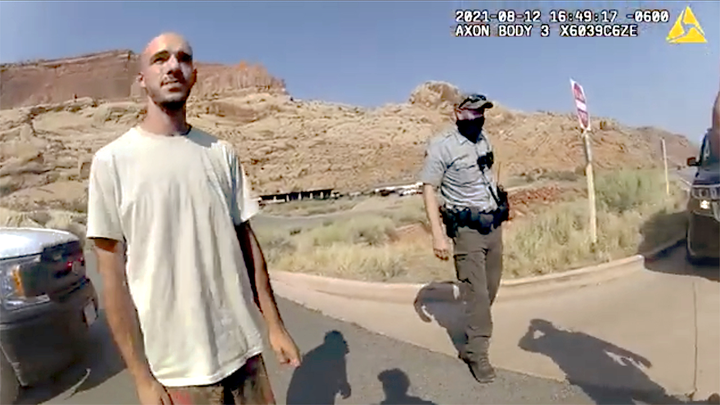 Petito, 22, and 23-year-old Laundrie met on Long Island, N.Y., where they grew up, and began dating after attending high school together. They later moved with Laundrie’s parents to North Port, Fla.

They embarked on a cross-country road trip in mid-June with the plan to visit national parks and popular hiking trails in a white Ford Transit, which they had converted into a camper van.

Then, on Sept. 1, months after they began their trip, Laundrie returned to the North Port home in the couple’s van, but without Petito, officials said. Her mother reported her missing 10 days later, on Sept. 11, to the police in Suffolk County, N.Y. Police seized the van from the Laundries’ home that same day.

Laundrie was subsequently named a person of interest in Petito’s disappearance, and on Thursday, the FBI issued an arrest warrant for bank card fraud. Authorities alleged he used someone’s Capital One Bank card and the personal identification number during the time when Petito was missing. 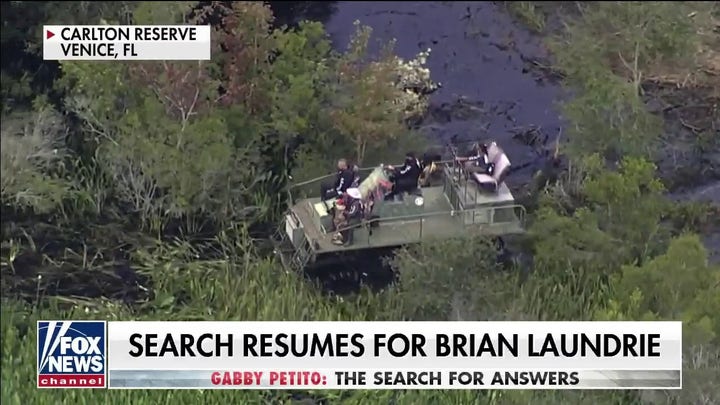 But Laundrie also subsequently went missing, his parents claimed through their attorney.

After the Petito’s missing persons’ report was filed on Sept. 11, Laundrie would not cooperate with the police investigation, officials said. The Laundries’ attorney released a statement on Sept. 14, in which he announced he had advised his clients to remain “in the background.” The family revealed three days later that they had not seen him since Sept. 14.

Petito’s body was discovered near Grand Teton National Park in Wyoming on Sept. 19. A Teton County coroner ruled the death a homicide but has not yet announced the cause. Friends, family and the public paid their respects during a Sunday ceremony on Long Island.

In the days after Laundrie arrived home alone, Charlene Guthrie, who lives directly across the street from the Laundrie family, told Fox News she saw Laundrie mowing the lawn, riding his bike with his mother and appearing to go camping with his parents. Petito had previously been living with the family at their North Port, Florida, home.

“Dog” Chapman announced Saturday he was entering the search for Laundrie, and tips quickly poured in. He told Fox News he received a tip on Monday that Laundrie’s parents spent the night in Fort De Soto Park with their son twice in early September from Sept. 1-3 and Sept. 6-8.

Records obtained by Fox News’ Robert Sherman show Laundrie’s mother, Roberta Laundrie, registered at the park on Sept. 6 and indicated she would be staying until Sept. 8.

A Pinellas County Sheriff’s spokesperson confirmed to Fox News that the FBI is investigating surveillance footage from the park in connection with the Laundrie case.