A dying mother organised her wedding in eight hours after learning she had just days to live.

Samantha Smith, from Midlothian in Scotland, was diagnosed with bowel cancer one year ago and despite gruelling chemotherapy, doctors told her there was nothing more they could do.

This month the mother-of-two, 42, was dealt another devastating blow when she was told her time was running out.

Despite the cancer leaving her too weak to walk Samantha was able to rally friends and family and hold her wedding in a hospice – before passing away less than two weeks later. 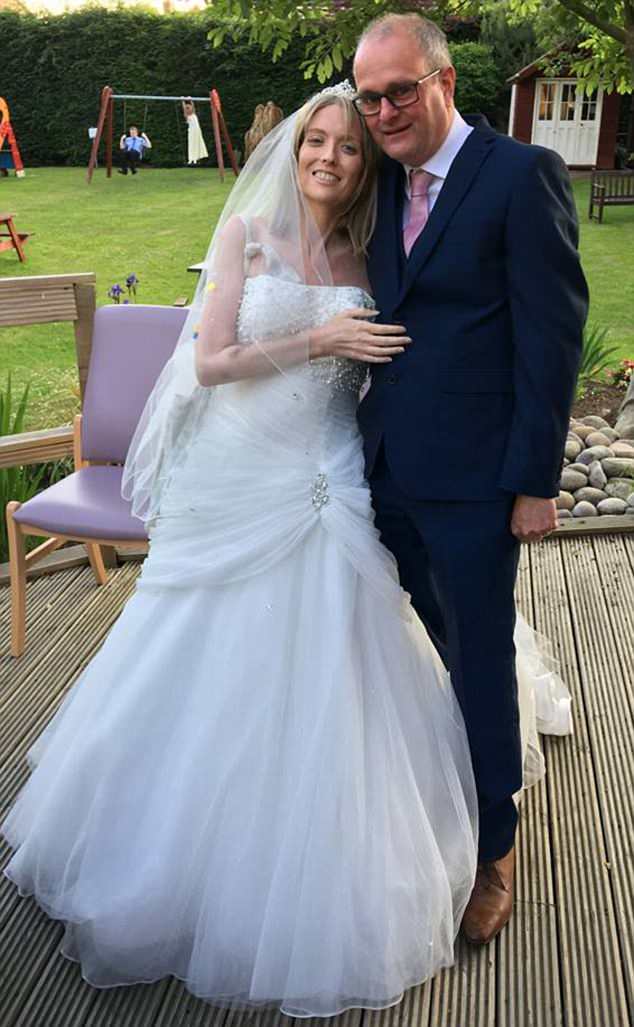 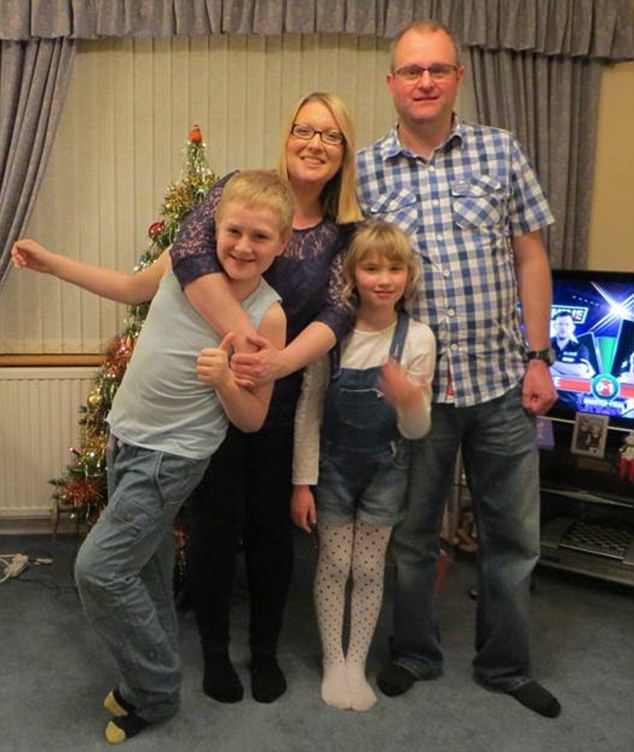 The couple, who had been together for 10 years, organised their whirlwind wedding shortly before Samantha passed away. They are pictured here with their children Callum and Neve

Samantha’s grief-stricken husband Mark revealed they were told by doctors she had days to live so found a registrar, wedding dress, suit, rings, cake and decorations. They couple, who have been together 10 years, said their vows in the specially decorated grounds of the Marie Curie hospice in Edinburgh on June 12.

Samantha lost her battle with cancer less than two weeks later, on June 24.

Mr Smith said his wife, who was mum to Neve, 11, Millie, three, and stepmum to Callum, 16, managed to pick out her wedding dress through a video call to family and friends who made a dash to a bridal boutique.

He told the Daily Record he was ‘bursting with pride’ as his ‘soulmate’ found the strength to walk down the aisle.

Mr Smith said: ‘We knew time was running out and getting married was important to us both.

‘It was the happiest moment of our lives. We might not have had as long a married life as others but I’m very proud to have called Samantha my wife.

‘I’ll always be grateful she came into my life, she was best friend and my soulmate.’ Samantha’s grief-stricken husband Mark revealed they were told by doctors she had days to live so found a registrar, wedding dress, suit, rings, cake and decorations for the ceremony

The couple married in front of their children and a small group of loved ones.

Mr Smith added: ‘We had talked about getting married previously but the timing was never right.

‘When Samantha got ill, we put it on the back burner and hoped to do it when she was well enough.

‘I was able to tell her how much I loved her but it still hasn’t sunk in that she’s gone.

‘I just wish we had more time together. I’ve got to battle on for the sake of the kids and they are keeping me going at the moment.

‘Unfortunately, Samantha never got to spend a lot of time with the kids towards the end.

‘I’m glad they were at the wedding and that will always be something they can cherish.’

WHAT IS BOWEL CANCER?

Bowel, or colorectal, cancer affects the large bowel, which is made up of the colon and rectum.

Most cases have no clear cause, however, people are more at risk if they:

More than nine out of 10 people with stage one bowel cancer survive five years or more after their diagnosis.

This drops significantly if it is diagnosed in later stages.

According to Bowel Cancer UK figures, more than 41,200 people are diagnosed with bowel cancer every year in the UK.

It affects around 40 per 100,000 adults per year in the US, according to the National Cancer Institute.