Brighton shock: Rubbish piles up in the streets and rats feast on scraps of food in echo of dark days of the 1970s as resort’s binmen go on strike

Mountains of rotting rubbish are piling up in Brighton after refuse workers called a strike.

Piles of bin bags up to 10ft high are being torn open by rats, foxes and seagulls and decaying rubbish is strewn around the smart Georgian streets.

Angry residents have called for an independent mediator to intervene amid concerns over public health – but last night the strike seemed likely to continue until mid-November. 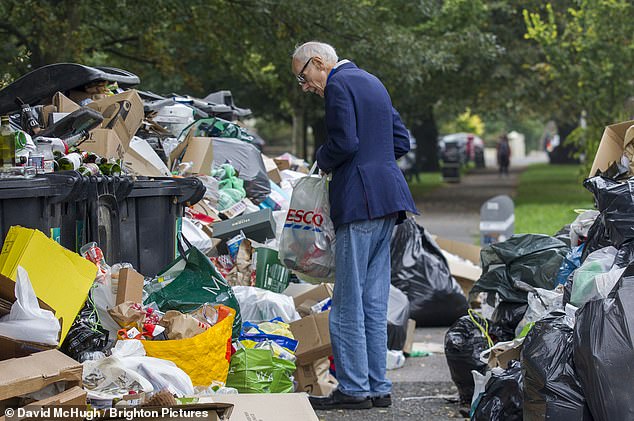 Dozens of refuse workers from the GMB Union walked out as part of industrial action last Tuesday.

They are in dispute with the Green-led council over pay and working conditions, including the removal of drivers from long-standing bin rounds.

One resident said: ‘The piles of rubbish are growing daily and the stench is absolutely appalling.

‘The GMB is hugely powerful in Brighton and Hove and it is holding the council over a barrel yet again.’

Another resident said: ‘This is a public health risk and, on this basis alone, there should be decisive intervention.

‘I saw rats scurrying away from overflowing bins in Hove. Another lamentable failure by officialdom in this city.’ 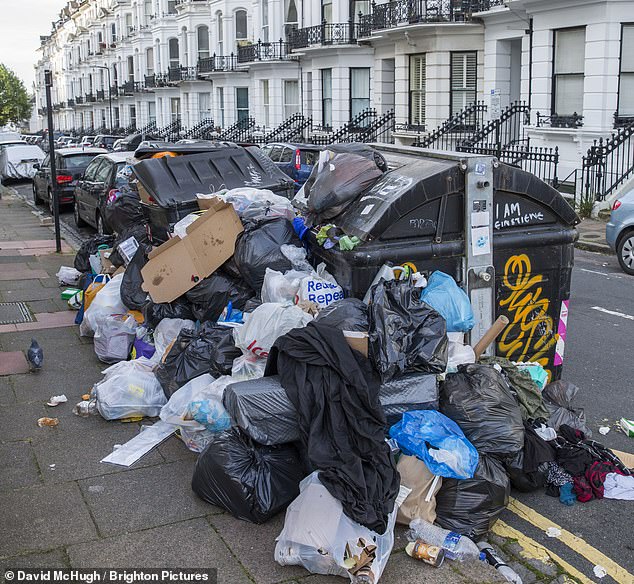 Last night talks collapsed with the council claiming union bosses walked out of a meeting before hearing ‘the full details’ of its pay offer.

But the GMB told Brighton and Hove News that it walked out after the presentation was over because the offer had ‘gone backwards’ on past ones.

The council has asked residents to break up and flatten boxes and cartons and store waste in their homes until the dispute is settled.