Bring back British Rail? For those advocating a return to nationalisation, there is a harsh lesson from history: be careful what you wish for

Usually, they were overcrowded and often late, but unfailingly they were utterly filthy. That, of course, was if the trains ran at all.

Thanks to the power of the trade unions and their frequent wild-cat strikes, rail travel in the Sixties and Seventies was as unpredictable as it was unreliable.

And yet today the era of British Rail is increasingly being held up as a golden age of travel.

Labour wants to renationalise the railways, along with other big sector utilities, including water, energy and the postal service — at a preposterous cost to the taxpayer. 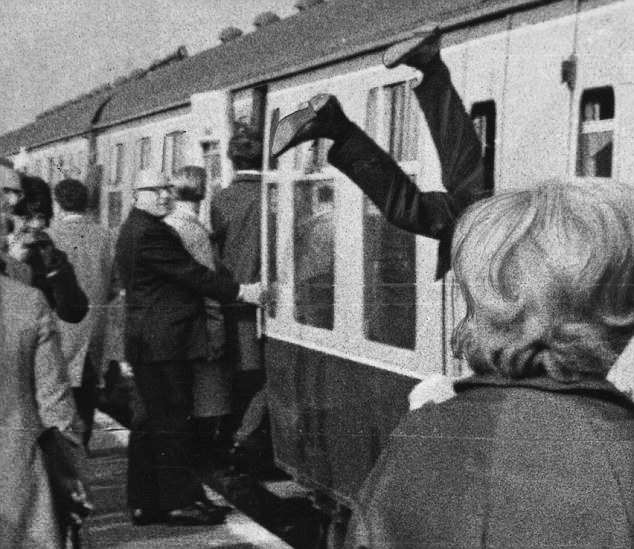 You’re not going without me! A passenger dives into a packed train at Surblton during a work-to-rule in 1972 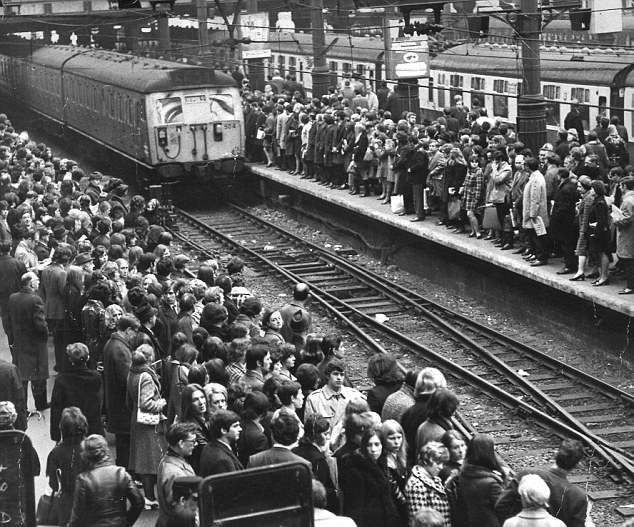 The train about to take the strain: Dangerously crowded platforms at Liverpool Street during a 1971 work-to-rule dispute 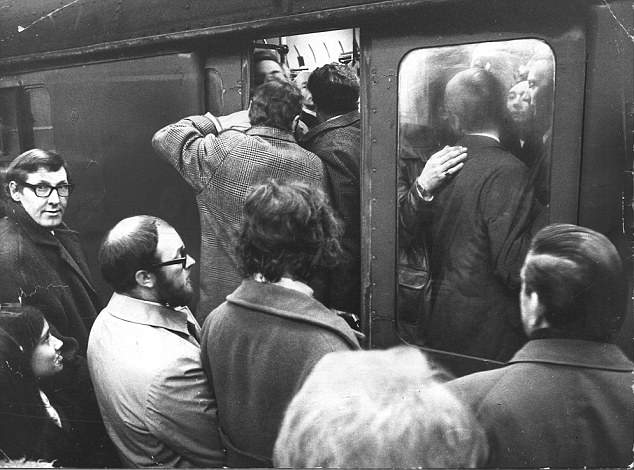 Les us in! The big crush as passengers try to squeeze into a rare train from London to Southend 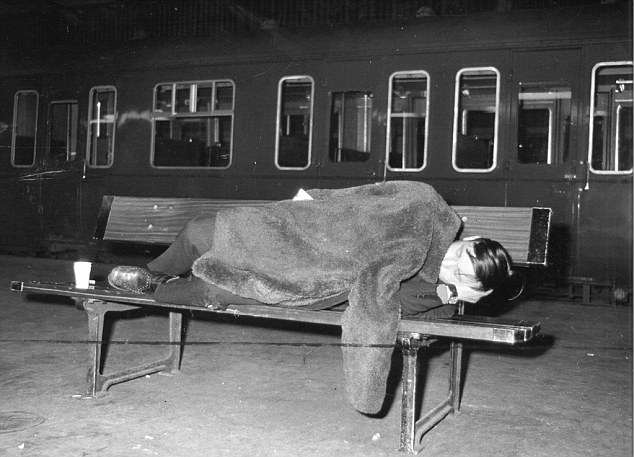 On the bench: A makeshift bed during a ‘go-slow’ dispute at Euston in 1972

To a new generation of voters, the days of a publicly owned and operated railway, when passengers were at the mercy of the unions and Britain was mocked as the ‘sick man of Europe’, seem like ancient history.

Grumbling about our privatised railways is today’s national pastime, but the truth is they are far better now, with more services and more seats — and much cleaner.

Indeed, it is tempting to wonder if anyone really remembers just how awful BR’s service actually was, so fashionable has it become to think of the railways back then as the last word in public sector efficiency.

For those advocating a return to nationalisation, there is a harsh lesson from history: be careful what you wish for.

These pictures are a grim reminder of what the daily commute was like in the Seventies. 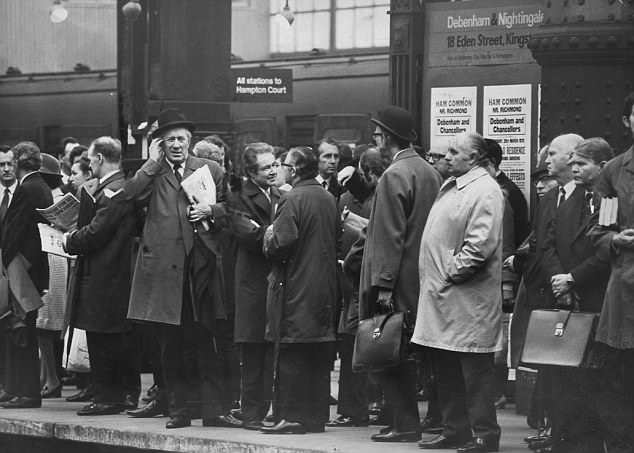 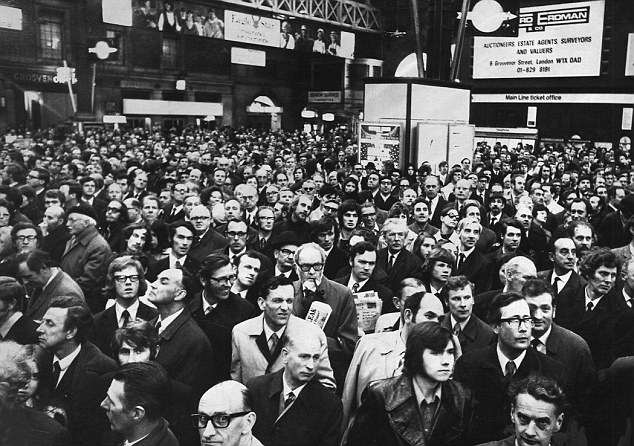 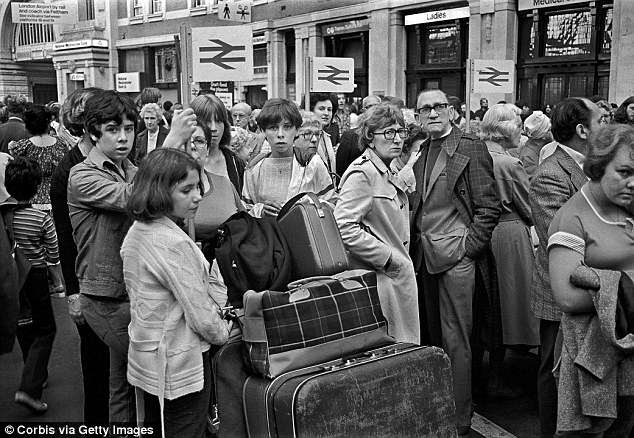 Trains randomly cancelled by strikes and people shoe-horned into over-crowded carriages, unheated in winter and too hot in summer.

It meant standing in all weathers on congested platforms waiting for a train that may not have even been running, courtesy of the National Union of Railwaymen or ASLEF.

And this was before mobile phones, so no one could call home to warn they would be late — unless you waited in a queue for a coin-operated phone box, which was probably out of order anyway. 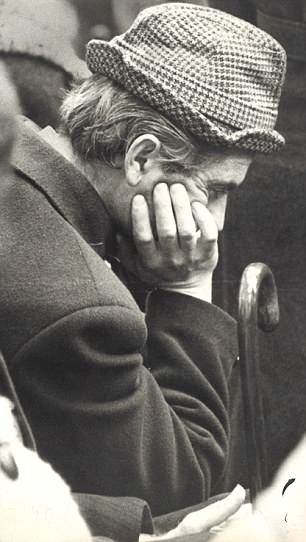 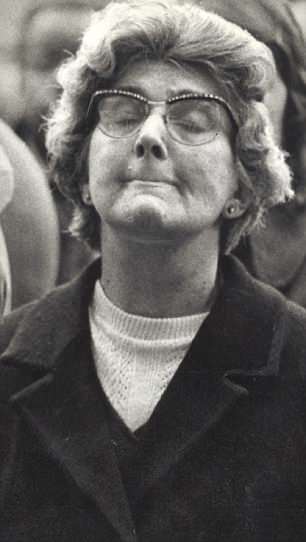 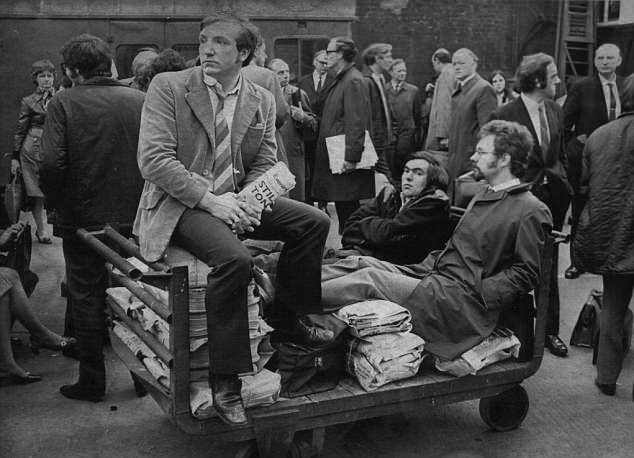 Late extra: Travellers sit out on a trolly carrying bundles of newspapers

In the Seventies, the number of strikes across all sectors averaged between 2,000 and 3,000 every year, peaking in 1979 when almost 30 million working days were lost.

British Rail had wretchedly low standards of punctuality and customer service, not to mention catering that was a national joke.

The famous British Rail sandwich — unappetising, stale and with curling corners — was a byword for the inefficiency of nationalised industries.

Privatisation under John Major in the Nineties may not have become the panacea we hoped for. But do we really want to turn back the clock to British Fail?