A HOLIDAYMAKER stunned onlookers by downing 30 sambuca shots in 59 seconds.

Chris McAdam, 20, knocked back the super-strong liquor in a drinking challenge to get his drinks for free. 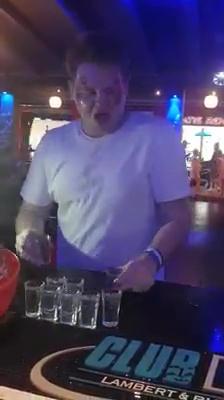 The potentially lethal feat was filmed by astonished bar staff and the video had last night been viewed more than 600,000 times.

But while some hailed him as “a legend”, others said he could have died and criticised the bar in Laganas in the south of Zante, Greece, for encouraging the free-drinks dare.

He said: “I was sick a couple of times after, but I drink sambuca on my nights back home in Swansea, so it’s a drink I can handle. 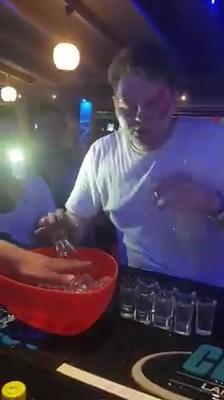 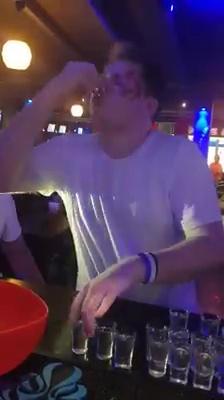 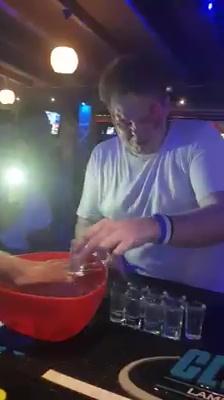 “The barmaid said, ‘If you can do 30 sambucas in 90 seconds you won’t have to pay the bill’, which was 25 euros. I felt fine afterwards — I’ve felt worse at home on nights out.”

But last night alcohol charities condemned the stunt. Drinkaware spokesman Ben Butler said: “Drink a lot in a short time and alcohol in the blood can stop the body working properly. 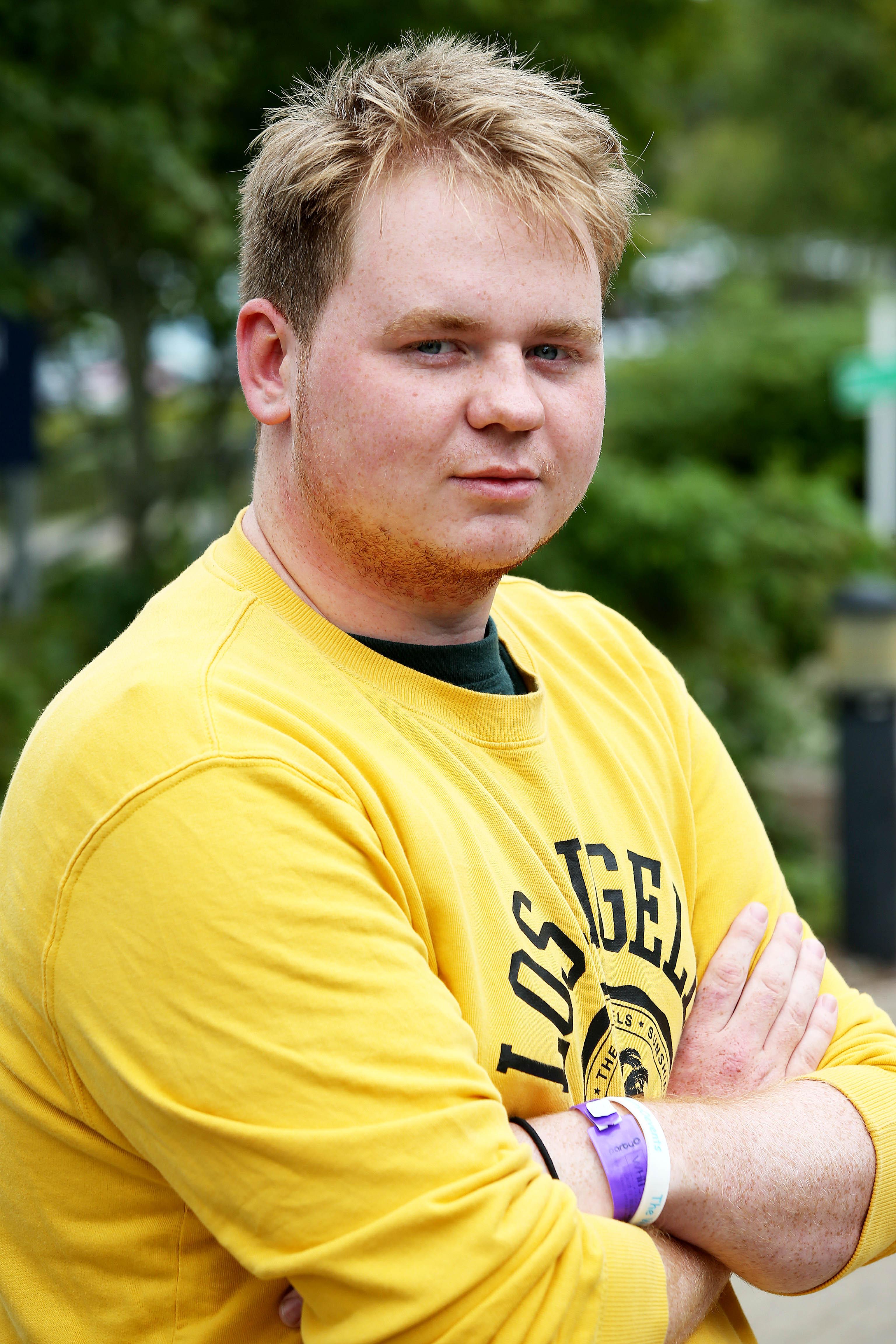 A danger to health

A LARGE single measure of sambuca (35ml) has 1.4 units of alcohol — so 30 shots will be 42 units, enough to seriously intoxicate and endanger health.

The speed at which it is downed also matters.
As a rule of thumb, an adult human body clears about one unit an hour, so 42 is a dangerously large dose in one session.

most read in world news

Andrew will have ‘every bit of dirty laundry aired’ at trial, says attorney

“It can stop you breathing, stop your heart, or you may choke on your vomit.”

The bar’s manager, Silvia, who refused to give her surname, said: “No one has done our challenge with sambuca before. I kept him for three hours in the bar to make sure he was OK.

“He’s an adult and can ask for what he wants. We can’t force him to do it.”