A BRITISH man lost in a Thai forest for three days broke down in tears today as he was reunited with his wife.

Barry Weller, 73, survived on rainwater and berries after becoming disorientated in a heavy storm before finally being found on a mountain by local residents. 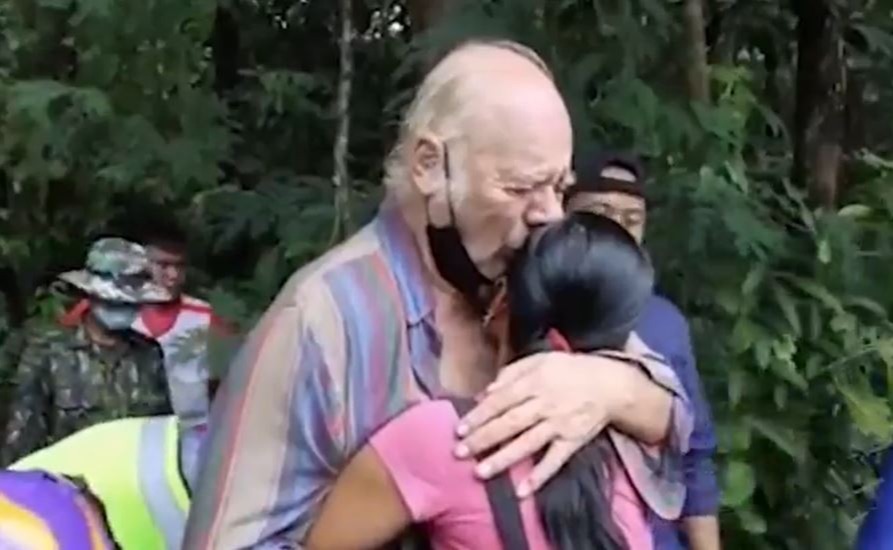 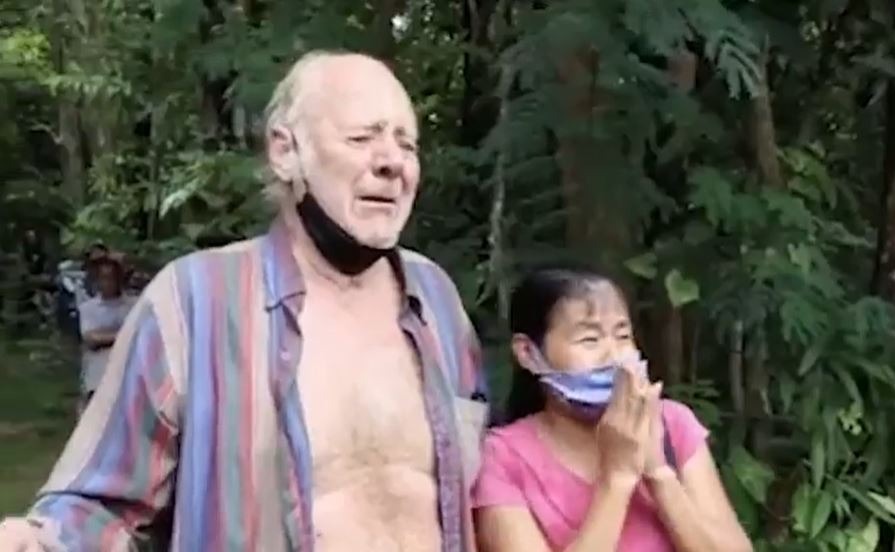 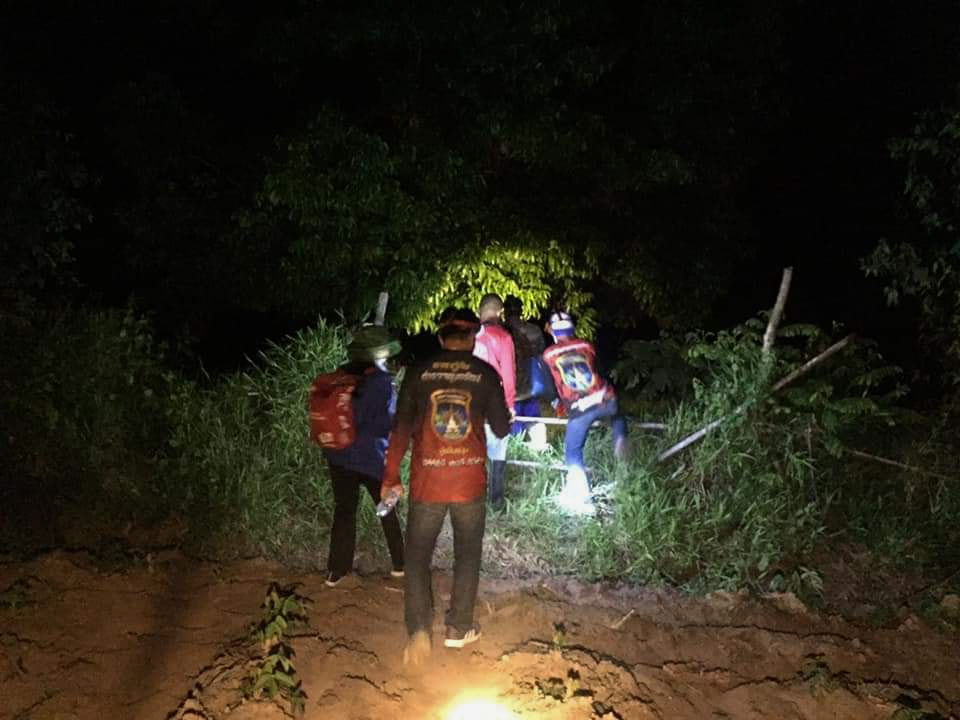 Police launched a frantic search for the ex-pat when he failed to return home after a day out on his motorbike in rice fields in Khon Kaen province.

His wife Tawee feared something terrible had happened when he didn't message or call, and the area was hit by severe downpours.

His motorbike was found in a field in the Nong Saeng forest area, but Barry was nowhere to be seen.

It later emerged he had parked up and taken a walk up the mountain but found himself unable to retrace his steps, the Bangkok Post reports.

Barry managed to survive the ordeal by eating berries from the forest and drinking rainwater during the deluge, according to rescuer Somkuan Wiengkaew who took part in the hunt.

A shoeless Barry today emerged from the forest with scratches on his body and his shirt torn open, but was delighted to be safely reunited with his partner.

Holding back tears, he told the rescue team: "Thank you a million times."

The couple, who have been living together in the Ubon Rattana district for three years, embraced and Tawee sobbed into his chest.

Barry, believed to originally be from Hastings, East Sussex, was taken to Khao Suan Kwang Hospital to be checked over, the deputy district chief of Ubon Rattana, Pariwat Chailert, said.

Rescuers had hoped to fly thermal drones over the "dense" forest to help locate the missing man, but they had to wait due to the "extensive rainfall". 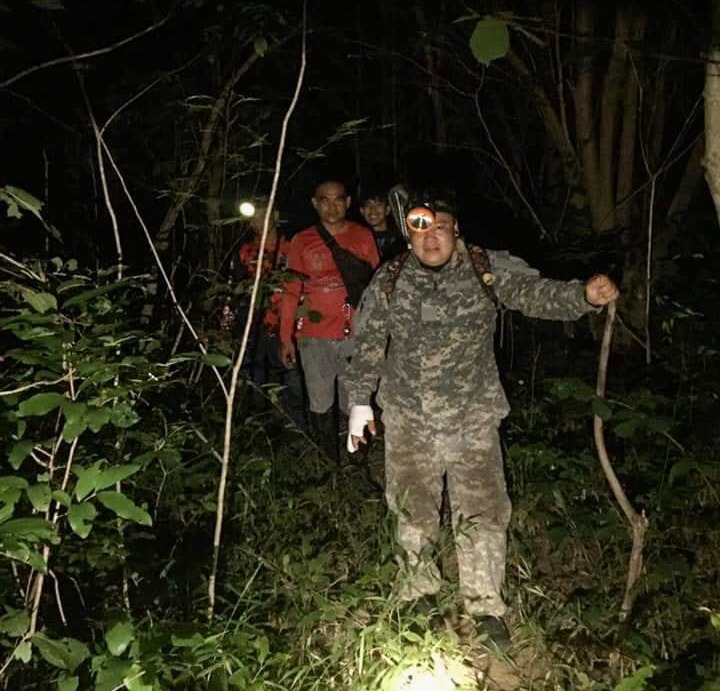 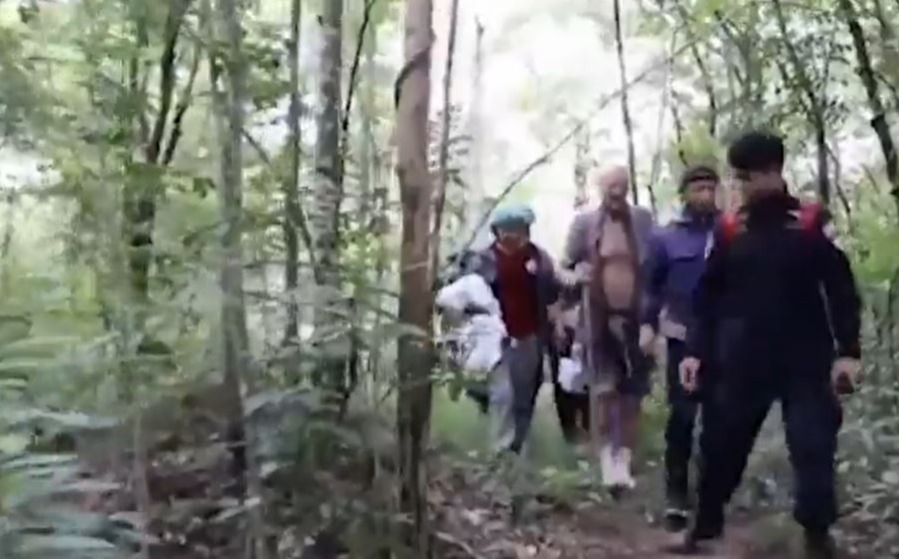