Britain is set for a washout weekend with heavy rain on the way and more than 70 flood warnings or alerts in place.

The country has endured severe conditions in recent days with a week’s worth of rain falling over the South West in six hours this morning, after the coldest night of autumn so far yesterday bringing -10C (14F) lows in Scotland.

Eastern England will enjoy dry weather with some sunny spells today and tomorrow, while a weather front stalls in the West, bringing cloud and up to 1.2in (30mm) of rain which saw the Met Office put out a warning for Cornwall.

On Friday, sunshine and showers are likely in the South, with northern England and Wales due to be mostly cloudy. By the weekend, temperatures of up to 12C (54F) are likely to be widespread, with 13C (55F) in the South West.

However, heavy rain is expected for much of the UK across the weekend, and the Environment Agency still has 55 flood alerts in place for England, along with 17 more serious warnings, after severe flooding in the past fortnight. 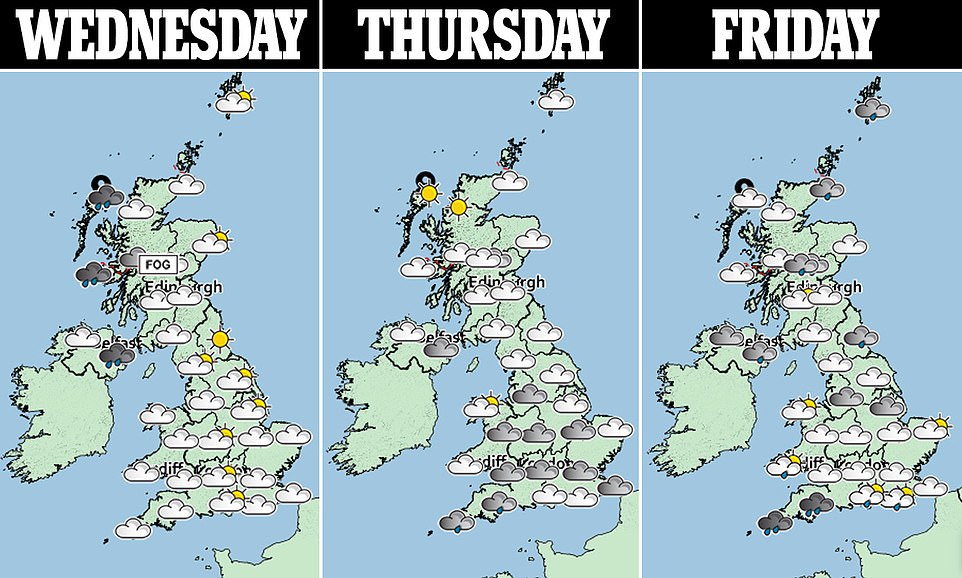 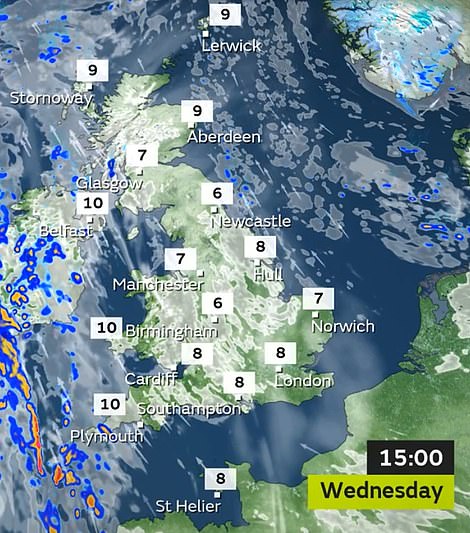 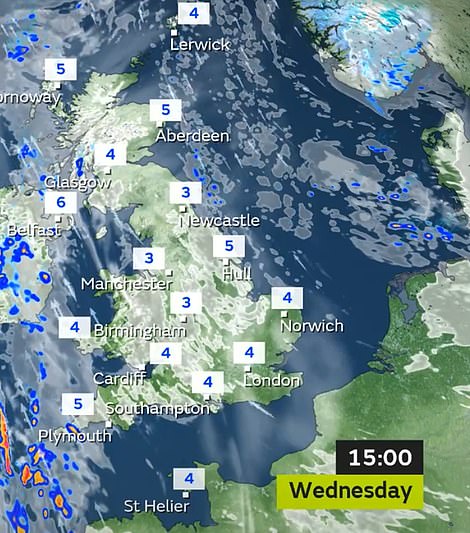 This afternoon’s forecast for Britain is pictured (left), along with the feels-like temperatures for this afternoon (right) 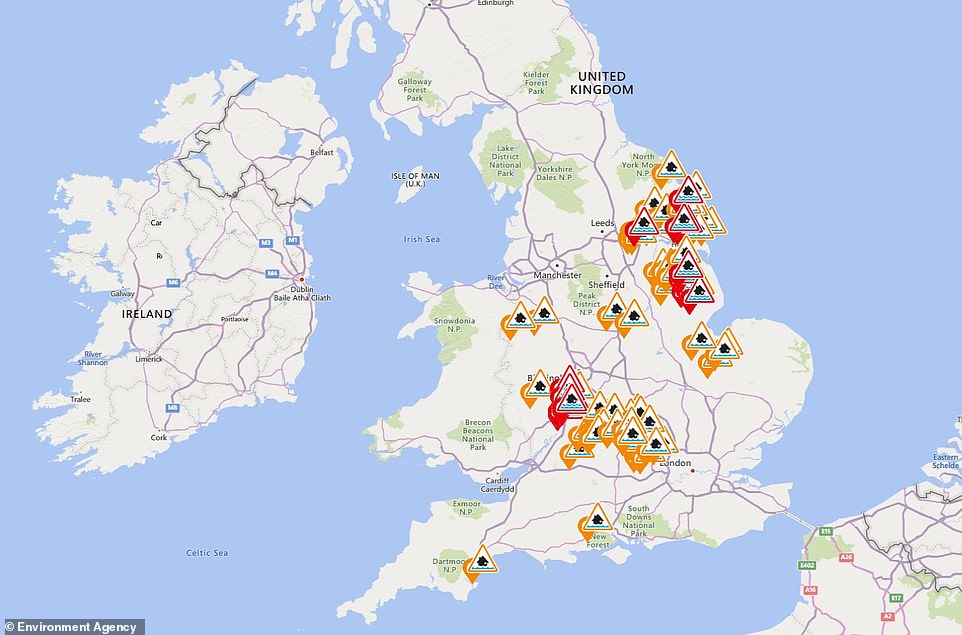 The Environment Agency still has 55 flood alerts (in orange) in place for England, along with 17 more serious warnings (in red)

The normal daytime average for late November is 9C (48F) to 10C (50F), while the coldest night of autumn so far was recorded yesterday in the Aberdeenshire village of Braemar which recorded a low of -9.9C (14.1F).

It comes after five people were killed yesterday in less than 12 hours in Berkshire, Hampshire, Nottinghamshire, East Dunbartonshire and West Yorkshire as freezing fog blanketed the country.

This autumn has been a tough one for the UK with many parts seeing record levels of rain and below average temperatures, but with sunshine showing up in the unlikeliest of places. Here we take a look at November’s weird weather so far – based on Met Office data up to November 17:

A pedestrian was killed on the M4 at 3.45am in Berkshire after being hit by a lorry after walking into a lane of the westbound carriageway between junctions five and six, near Slough. The road was closed for almost six hours.

Police said it was not yet known who the pedestrian was or why they were on the motorway. The possibility that their vehicle had broken down and they had become disorientated in the thick fog has not been excluded.

An hour later, another pedestrian was knocked down and killed by an HGV on the A34 dual carriageway between Kingsworthy junction and Three Maids Hill near Winchester in Hampshire at 4.45am.

Elsewhere, a homeless 57-year-old father-of-three was thought to have frozen to death in his tent overnight in Wakefield, West Yorkshire, while another rough sleeper died after collapsing near a Hilton hotel in Nottingham.

And a body was found in the search for Helen Maider, 89, who went missing in the cold weather in Bishopbriggs, East Dunbartonshire. Police had told during the search how she had ‘started to have issues with her memory’.

Yesterday, a driver who had failed to clear his windscreen was charged with dangerous driving after a two-car crash. The 57-year-old man smashed his BMW into traffic lights in Broxburn, West Lothian.

Police said another homeless man died on Sunday after being found unwell in a car park in Glasgow. The 43-year-old was taken to Glasgow Royal Infirmary after being discovered on Mitchell Street, but was pronounced dead soon after arriving.

The Met Office said the thick freezing fog occurred due to an area of high pressure, which brought dry and settled conditions during the daytime. The average rainfall for the UK in November is 121mm (4.7in).