Liz Truss announced this morning that the pact with Singapore will be worth a massive £17.6 billion. 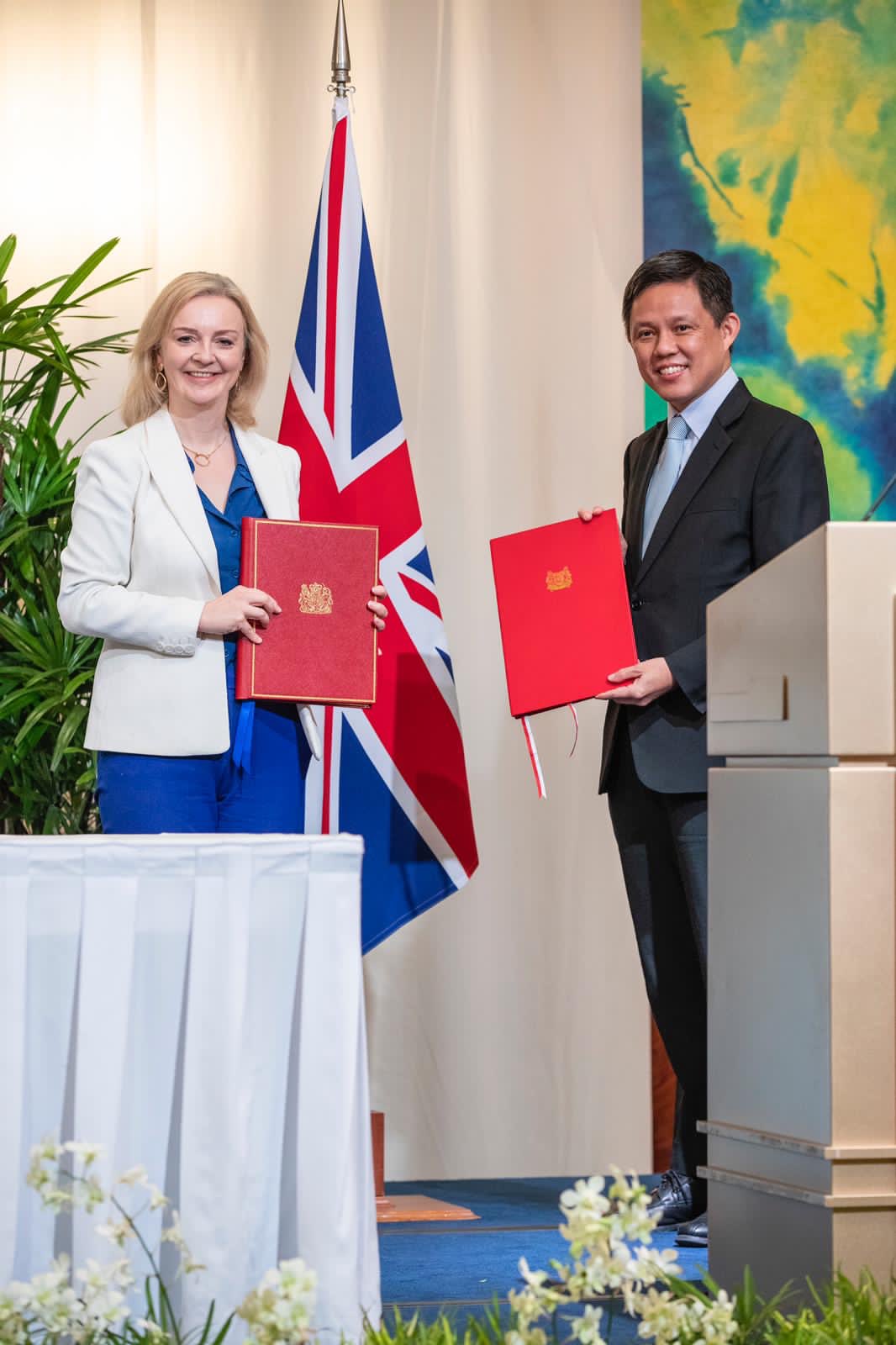 Appearing with Singapore's trade minister, Chan Chun Sing, this morning, Ms Truss said it was the second biggest such agreement Britain has signed in the Asia-Pacific region.

And Ms Truss will travel to Vietnam today to sign an agreement which will seal £5.7 billion worth of trade with the South-east Asian country.

Almost all tariffs will be stripped from UK exports to Vietnam under the terms of the agreement.

Ms Truss said the agreement with Singapore was "part of a much wider strategic investment for the UK, taking us a step closer to joining Singapore" in the Comprehensive and Progressive Agreement for Trans-Pacific Partnership, a regional trade deal.

“Both these agreements are vital for the UK’s future as an independent trading nation," the Trade Secretary said.

Boris Johnson welcomed the deal, saying it was "important part of our vision of the UK trading with a network of dynamic nations across #AsiaPacific".

Ms Truss is also expected to sign a rollover deal with Vietnam to ensure trade continues on the same terms after January 1.

The two deals will "pave the way" for new digital partnerships in Asia, Ms Truss said, as Britain "becomes a hub for tech and digital trade".

Under the UK-Singapore agreement, 84 per cent of tariffs that apply to Singapore exports to the UK will be ditched.

And British businesses will be able to export to Singapore with more than 99 per cent of tariffs removed.

News of the agreements comes as UK and EU negotiators buckle down for a final push to try and salvage the chance of a Brexit trade deal.

Mr Johnson met with EU Commission chief Ursula von der Leyen last night to try and bridge the gap between the two sides, but No10 said the differences are "very large".

And the pair agreed to set a final deadline of Sunday to decide if it was possible to reach an agreement or not.

The deal with Singapore largely mirrors the existing agreement the UK had with the city-state during its membership with the EU.

But talks will begin on a separate digital economy agreement to help bolster Singapore-UK relations.

Ms Truss is bunkering down to sign off more agreements as Britain hurtles towards the end of the transition period, on December 31.

Canada and the UK reached a deal last month to continue trading on the same terms as the current EU agreement.

And Ms Truss signed a deal with Japan, as well as continuing talks with Australia.