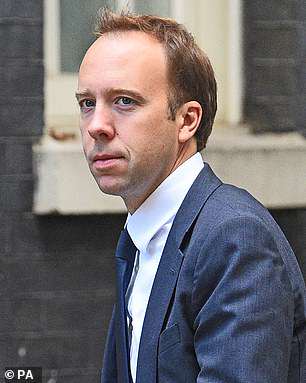 The Health Secretary hailed the prospect of a technological revolution in the health service for improving patient care.

Mr Hancock said the billions was being ploughed into the NHS by the Tories in a bid to spike Labour attacks.

And he mocked his own side with a joke about the Conservative Party app showing off his mobile phone number.

In his main speech to the Tory conference in Birmingham, Mr Hancock announced the expansion in the 1000,000 genome project pioneered by David Cameron.

He said: ‘One million whole genomes will now be sequenced with a long term vision of 5 million and I want to make it available to all.

‘And what this means in practice for you and your family is this: From today, our brand new NHS Genomic Medicine Service will roll out access to genomic testing.

‘So for everyone with a rare cancer, and for all seriously ill children, it’ll be available on the NHS so we’ll have tailor made treatments and tailor made drugs that are the best fit for a patient not a best guess. 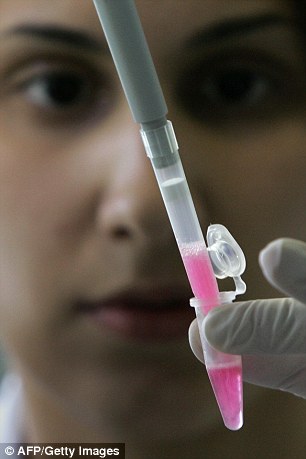 In his main speech to the Tory conference in Birmingham, Mr Hancock announced the expansion in the 1000,000 genome project pioneered by David Cameron

‘We’re leading the world, and I’m incredibly excited about this technology because of its potential to change lives for the better.’

And he quipped: ‘And obviously I’ve been able to consult widely about this in the last few days because CCHQ’s given everyone my phone number.

‘Of course introducing new technology can be bumpy. But the potential benefits are huge.’

Hailing the Tory record on the health service, Mr Hancock added: ‘Now more than ever we’ve got to give it all we’ve got because our opponents are not resting either.

‘So let us unite together. Let us embrace our NHS let us embrace reform and with everything we have let us serve this great nation we love.’