Britain’s hardest working milkman hasn’t taken a day off work in more than 30 years – and won’t even miss his round to attend the Queen’s garden party.

Martin Court, 69, has delivered milk seven-days-a-week since he was a teenager on his countryside round in Abergavenny and Usk in Monmouthshire, South East Wales.

He gets up at 3.30am every day and has only taken one day off because his truck was stuck in snow. 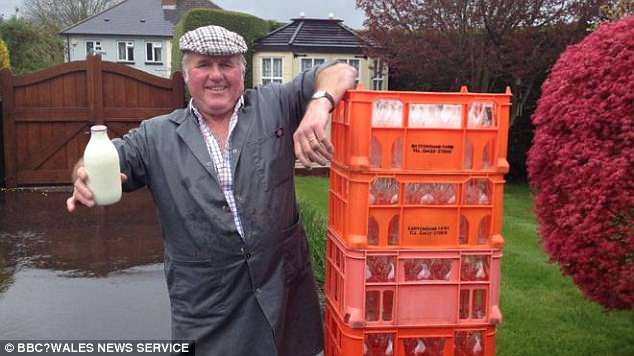 Milkman Martin Court, 69, delivers to 350 houses in Abergavenny and Usk in Monmouthshire, South East Wales, and has never taken a sick day or holiday

His dedication has been honoured with an invite to attend the Queen’s garden party at Buckingham Palace.

But Mr Court won’t take the day off for it – he plans on getting his milk out extra early before heading to London.

He said: ‘I love my job. I like meeting people and chatting. You get to know some great characters.

‘I like being out in the fresh air, too. It’s what keeps me healthy. I never have colds or the flu, so I don’t need to miss my round.’

The workhorse says he loves his milkround so much he has never taken a day off sick or been on holiday.

Instead he loyally gets up at 3.30am to deliver fresh pints to 350 homes.

The milkman’s only day off came in 1982 when his truck became stuck in snowdrifts and he couldn’t move it during a blizzard.

He said: ‘People often ask me whether I want a day off or a holiday. But I’m not interested and, luckily, neither is my wife. 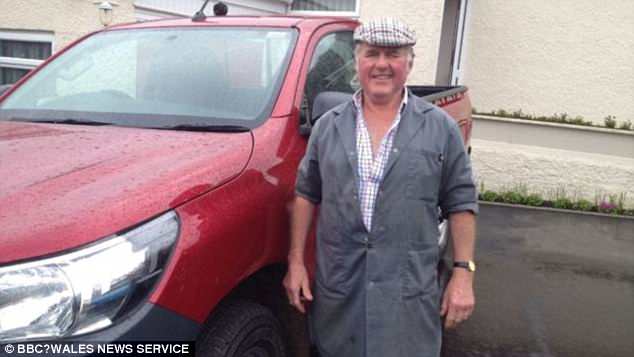 The Welshman, who gets up at 3.30am every morning, has been honoured with an invite to Buckingham Palace

‘We’re happy with what we’ve got. We’ve got no need to go anywhere else. You don’t miss what you don’t have.’

Mr Court, of Llanfoist, near Usk, first started delivering milk aged 18 when he lived in Pontypool.

He said: ‘Initially I delivered to 12 houses bringing them milk, eggs, orange juice and weekly and Sunday newspapers.

‘But then I moved to Llanfoist 38 years ago and my round grew. I now deliver seven days a week to around 350 houses in the Usk and Abergavenny region.

‘And it shows no sign of stopping – just in the past fortnight, I’ve had six new houses signing up.

‘People seem to want to go back to glass bottles instead of using plastic, which is good news for me as well as the environment.’

The dedicated Welshman says he needs only a handful of hours of sleep each night and will head out whatever the weather.

He said: ‘I usually deliver in the snow, even if I have to abandon my truck and walk a mile or two across fields in big snow drifts.

I once climbed up the massive hill to get to a pub but I slipped on the ice and broke all my bottles.

‘I’ve even delivered to houses that have been flooded, wading through the water in my wellies, then helping them move furniture upstairs.

‘There was just one day I couldn’t get out, in the terrible blizzards of 1982 that shut down most of Wales. I tried my best but there was no chance. My truck wasn’t a 4×4 back then.’

Mr Court was nominated to attend Buckingham Palace by one of his customers – but says he doesn’t need to take a break for it.

‘I have it all planned out. The party is in the afternoon, so I’ll have time to do my milk round in the morning then head up to London.

‘Then I’ll be coming back that night so will be able to do my milk round the following day too.

‘No one will go without their milk – just the way I like it.’