LONDON (Reuters) – Britain’s opposition Labour Party will back a new referendum on Brexit after parliament defeated its alternative plan for leaving the European Union, its eurosceptic leader Jeremy Corbyn said.

With 29 days left until the United Kingdom is due to leave the European Union, both Prime Minister Theresa May and Corbyn have been forced into making changes to their approaches to the divorce.

Corbyn, who voted against membership in 1975 and gave only reluctant backing to the 2016 campaign to remain in the EU, on Wednesday gave ambiguous backing for another referendum, saying he would push for one alongside a British parliamentary election.

It is the first time since Britons voted in 2016 to leave the EU that one of its two major political parties has thrown its weight behind giving voters a chance to change their minds.

But it was unclear what the exact question might be.

“After tonight’s votes in parliament, we’ll continue to push for a close economic relationship based on our credible alternative plan or a general election,” Corbyn said.

“We’ll also back a public vote in order to prevent a damaging Tory Brexit or disastrous no deal.”

John McDonnell, the second most powerful man in the Labour Party, said it would put down an amendment calling for a second referendum as soon as May brought a deal back to parliament.

Britain’s Brexit minister, Steve Barclay, said there was no consensus in parliament for another referendum or even on what question might be asked.

After months of saying that Britain must leave the EU on time on March 29, May opened up the possibility on Tuesday of a short extension to the exit date.

She is hoping to bring back a tweaked divorce accord for a parliamentary vote, which could come as early as next week but may not take place until March 12.

Talks with the EU have moved forward in the last week, but there is a significant amount of work to do, May’s spokesman said.

If her deal is voted down, May has promised that lawmakers will get a chance to vote the day after on whether to leave with no deal and then on March 14 to vote on asking the EU to delay the deadline.

French President Emmanuel Macron said on Wednesday the EU would agree to extend the Brexit deadline beyond March 29 only if Britain justified such a request with a clear objective.

Lawmakers on Wednesday voted 502-20 in support of an amendment proposed by opposition Labour lawmaker Yvette Cooper that spelled out May’s proposed timetable. 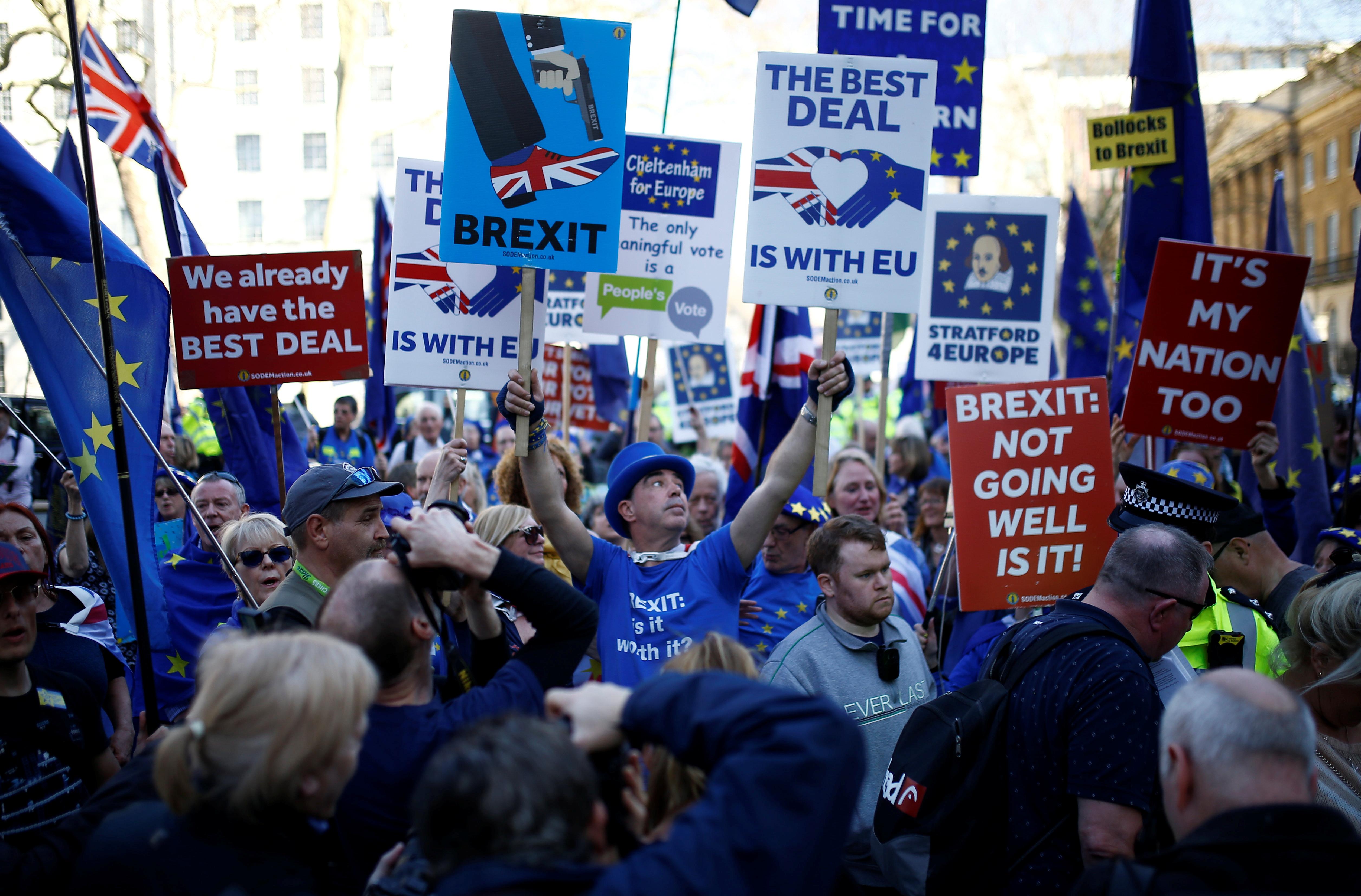 The government backed the amendment though 20 lawmakers in May’s Conservative Party voted against and 80 abstained.

After enduring more than 2-1/2 years of uncertainty since the 2016 referendum, some business chiefs are relieved the threat of a no-deal exit has been pushed back to June though others said the delay merely prolonged the lack of clarity.

“I would categorize it as a further annoyance,” Aston Martin Chief Executive Andy Palmer told Reuters. “You’re holding that contingency stock for longer which means that your working capital is tied up for longer.”

Aston Martin, which has authorized up to 30 million pounds ($40 million) worth of contingencies, is stocking more components and could fly in parts if ports are clogged up.

British business confidence slid in February to its lowest level since June 2016, adding to other signs that Brexit uncertainty is hurting companies. Net migration to Britain from the European Union fell to the lowest since 2009.

Goldman Sachs said it expected many Brexit-supporting Conservative lawmakers to accept a revised deal, partly because the Labour Party was tilting toward a second referendum.

“We continue to see the most likely outcome of the current impasse as eventual ratification of the prime minister’s Brexit deal, with a three-month extension of Article 50,” Goldman said. 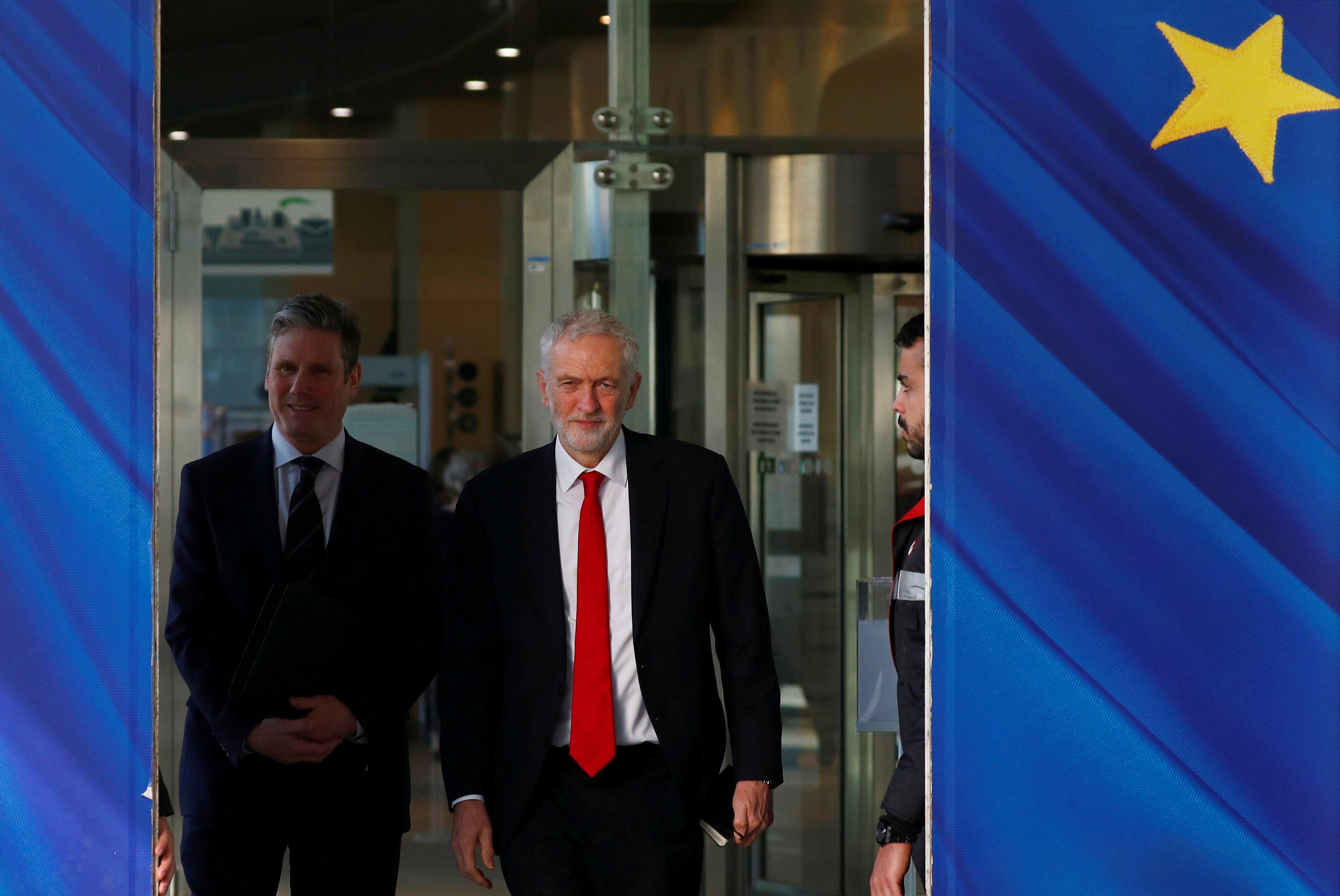 One Brexit-supporting lawmaker in May’s party said May would have to achieve legally binding treaty change to get support for her deal.

“If the prime minister brings back something different then of course we will look at that very seriously,” Theresa Villiers told the BBC. “But it would have to be legally binding, treaty change.”

May has a serious chance of getting a deal approved by parliament in the next few weeks, Conservative Party lawmaker Oliver Letwin said.