Britain’s oldest mother of quadruplets, 51, is seen pushing her four babies in a specially made double-decker buggy that takes her 40 minutes to prepare for outings

Britain’s oldest mother of quadruplets is seen pushing her brood for the first time in a specially made double-decker buggy.

Tracey Britten, 51, has to spend 40 minutes preparing the stroller for outings with her four babies.

Mrs Britten from north London, who is already a grandmother-of-four, and her second husband Stephen, 40, welcomed the children into the world on October 26 last year.

She is already a mother to three adult children and in order to give birth to the quadruplets, she had to seek help from an IVF clinic in Cyprus. 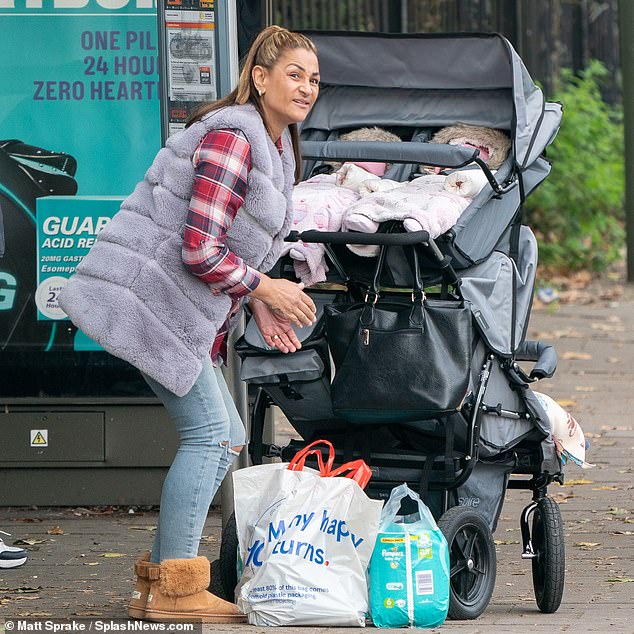 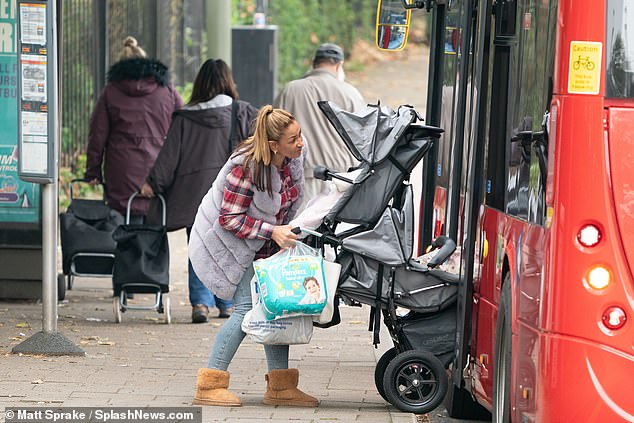 The super-mother of seven was pictured navigating a trip out yesterday with the help of the specially made stroller which had to be ordered from Australia.

The two twins Fredrica and Francesca were seen wrapped up in cute pink snow suits and it is though that little George and Grace were in the street facing seats.

Mrs Britten looked happy as she was seen getting onto a bus with her shopping bags, which included a bag of nappies.

Tracey Britten has claimed it takes her 40 minutes to get her babies ready to go out, but what does she need to do?

First she has to get the mammoth Go Bubba Go pram ready, which takes 20 minutes.

To do this she has to put the stroller up and attach the four individual seats to the front and back of the stroller.

She then has to dress each child in their snow suits.

Once they are wrapped up she puts each child in the seat and fastens them in.

It then takes her a further 20 minutes to get the babies into their snow suits and fastened into the stroller before they can leave their home.

But despite the chore of getting the babies ready, she claimed she ‘wouldn’t swap them for the world’.

Not only does she had to navigate the weight of the children, but the pushchair also weighs 15kg, a handful for any parent.

She added:’I only wanted one child and was blessed with four. It’s a miracle. They’re lovely bundles of joy.’

Last year the babies defied the odds after they had to be delivered by Caesarean section, nine weeks premature.

They were born at London’s University College Hospital, on October 26 last year.

George, identical twins Fredrica and Francesca and Grace now take up around 12 bottles a day.

Mrs Britten also has to provide 12 spoon-fed meals and around 28 nappy changed per day while caring for them. 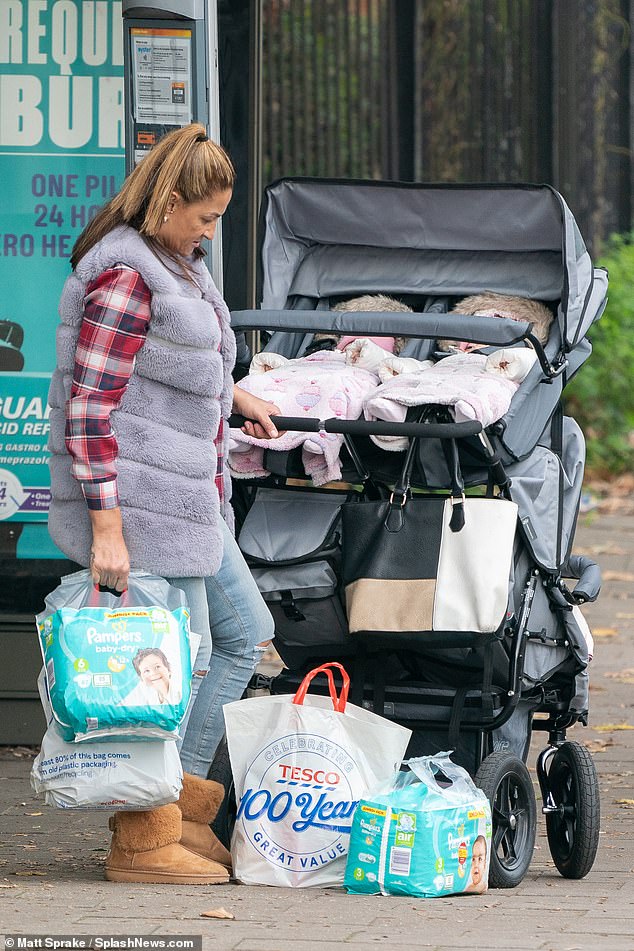 Packs of nappies! Mrs Britten proved she was a super-mum as she managed to navigate the huge stroller with her shopping bags