Boris Johnson is desperate for an election, but his opposition is now in the driving seat. 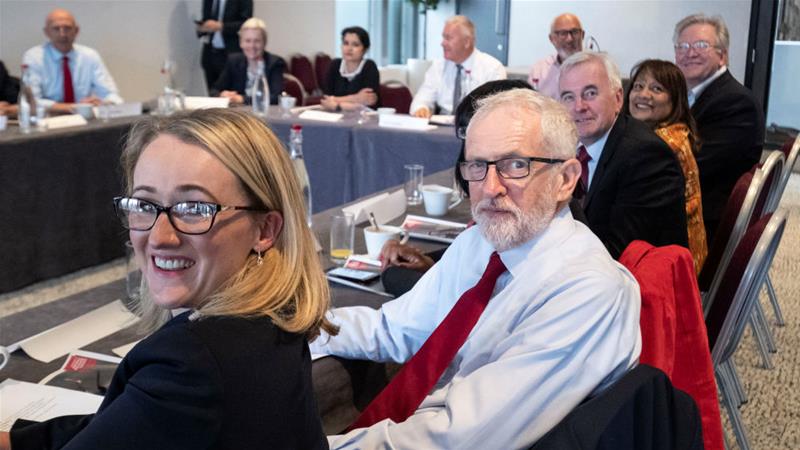 “They discussed advancing efforts to prevent a damaging no deal brexit and hold a general election once that is secured.”

Having failed in a bid earlier this week to call an election, Johnson is expected to try again during Monday’s parliamentary session. With mounting defections from his party – including by his own brother – following the sacking of 21 rebels, Johnson has no ability to govern with the current make-up of the House of Commons, and an election is seen by many as imminent.

Under legislation brought in under former Conservative Prime Minister David Cameron – who sparked the Brexit crisis by calling the in/out EU membership referendum in 2016 in a bid to unite the Conservative Party – a call for an early election needs the support of two-thirds of parliament.

Why not have an election?

The Conservatives are now seeking a general election ahead of a key European Council summit in mid-October. Johnson and his advisers believe that, if victorious, he would have a mandate to fulfill his pledge to take Britain out of the European Union on October 31 – deal or no deal – and would be able to repeal any new law stemming from week’s legislation attempting to delay.

His opponents don’t want an election unless they can ensure Johnson can’t take Britain out without a divorce agreement in place – a scenario many economists have said would be disastrous for the country.

Johnson said he had “never known an opposition in the history of democracy that’s refused to have an election”.

“I think obviously they don’t trust the people, they don’t think that the people will vote for them, so they’re refusing to have an election,” he said.

For the past few years, the opposition Labour party has been seeking a general election. The Liberal Democrats, also enjoying a resurgence in fortunes after being nearly wiped out at the ballot box following a stint in coalition government with the Conservatives, would also like an election.

But neither party will support Johnson’s latest call to bring the country to the polls.

“The reason we want to delay just a few weeks is we don’t trust Boris Johnson, and we want to make sure ‘no deal’ cannot happen,” Liberal Democrat deputy leader Ed Davey told Al Jazeera earlier this week.

“This is not the time yet for a general election – maybe quite soon – but we want to make sure the crash out can’t happen.”

The opposition to Johnson has been discussing strategy for the optimal moment to head to the polls.

Some want to agree to an election as soon as legislation mandating Johnson to seek a Brexit delay – which is set to become law after being approved by the House of Lords on Friday – comes into force. Others, including Exeter MP Ben Bradshaw, say they should let Johnson “stew in his own juices” until the delaying law is enacted, the Brexit deadline passes, and only agree to fight an election in November.

“I do not trust the prime minister to do his duty,” said Liz Saville Roberts, leader of the Plaid Cymru, the Party of Wales.

MPs needed to be sitting in Parliament in late October, she said, rather than being out on the campaign trail, to ensure Britain does not crash out of the EU.

“In the short term we need to make sure that we get past the 31st of October,” she said.

Scotland’s SNP agreed. “We will have that election when the time is right – but I will make you this promise, we are not going to have a long wait,” Ian Blackford, the SNP’s parliamentary leader, told the BBC.

It’s unclear what options Johnson now has in order to steamroller into the election for which he is desperate.

He could call a no-confidence vote in himself, which would only need a simply a majority to pass – but there is no guarantee at this point that he would even win that.

He could also try to change the law that governs how elections can be triggered. He could resign, but has ruled out doing so.