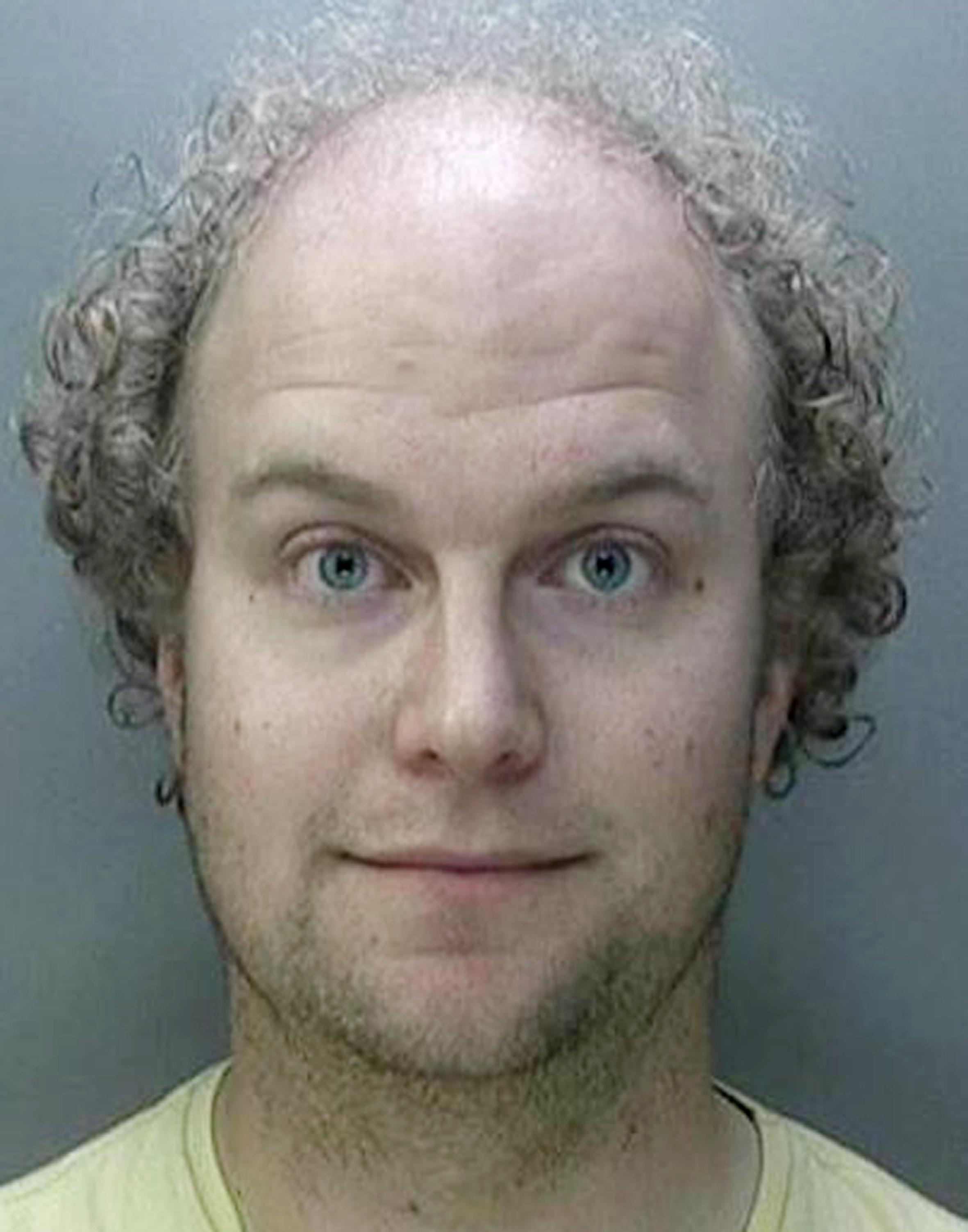 The 29-year-old was unmasked as one of Britain’s worst sex offenders after preying on more than 200 victims and manipulating his victims into carrying out depraved sexual and physical acts.

Many of them were vulnerable teenage girls who he blackmailed into sending him degrading photos.

He also set up hidden cameras in publicly accessible toilets and at his parents' home, catching his unsuspecting victims on film, and using the footage to trade with others online.

At the time of his initial sentencing in February he admitted 137 offences including voyeurism, encouraging child rape, and sharing images showing the abuse of a newborn baby, after being caught by an international inquiry led by the National Crime Agency (NCA). 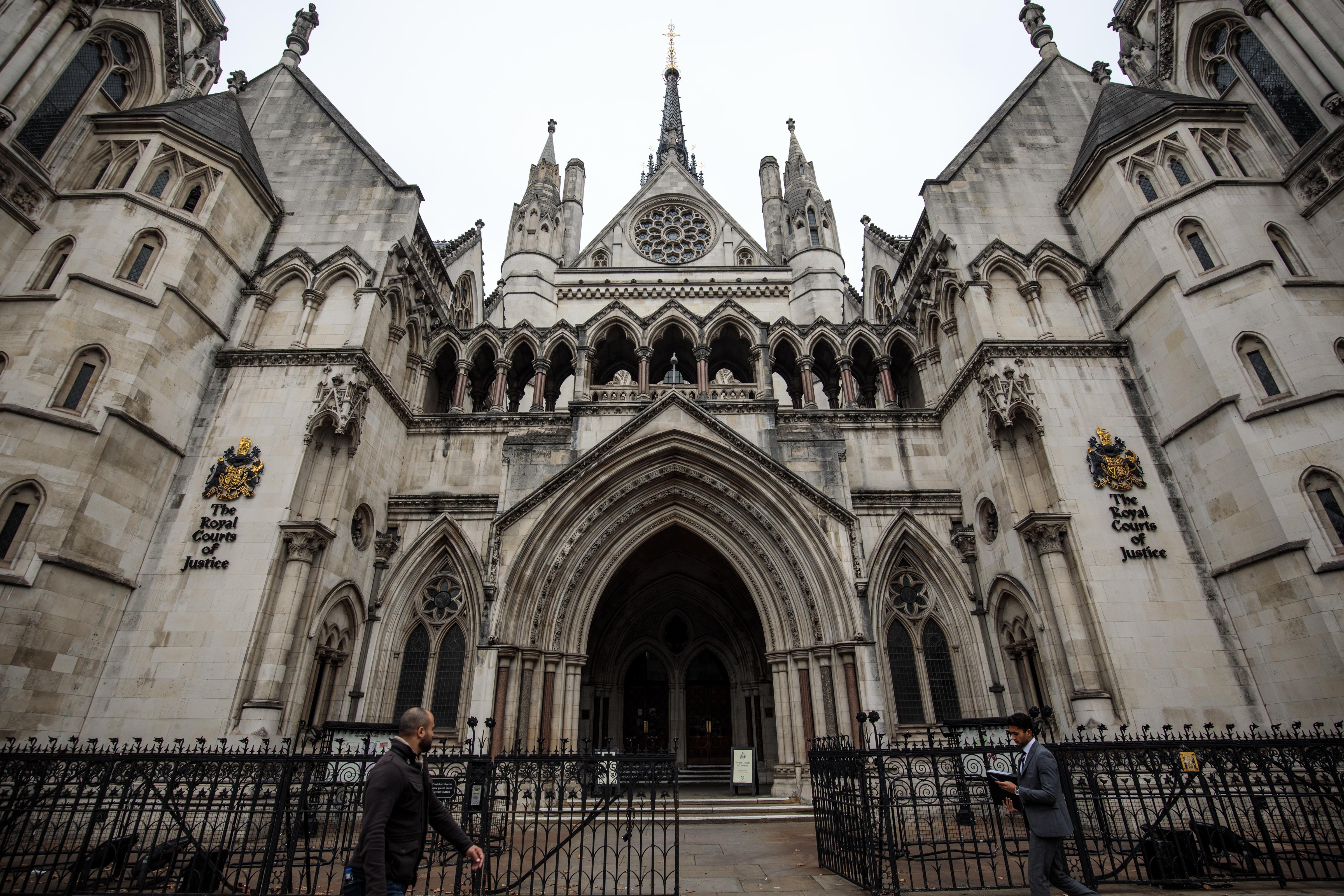 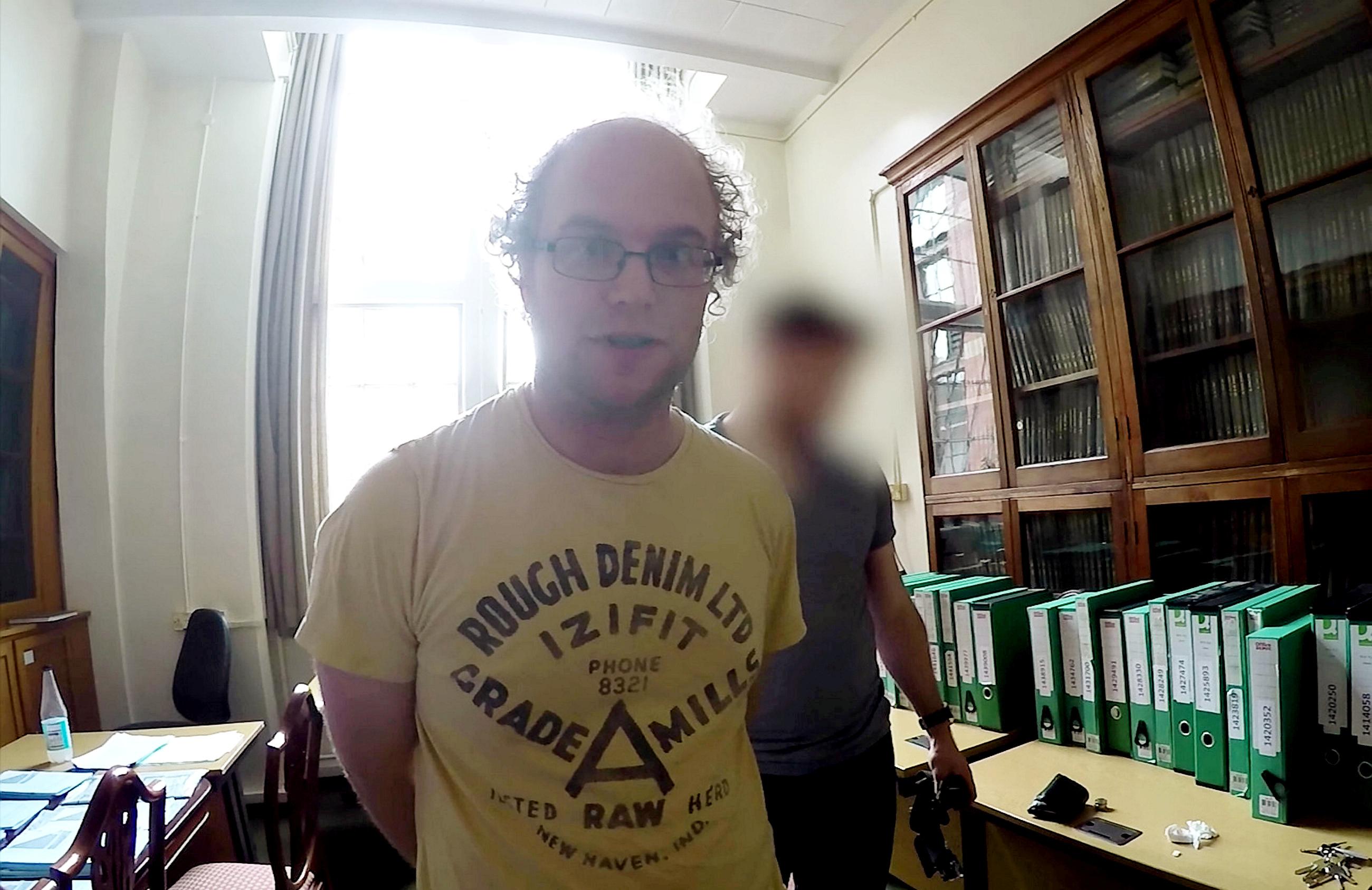 Falder, of Harborne Park Road, Birmingham, was arrested in June last year after three traumatised victims, who were tricked into sending him humiliating images, attempted to end their own lives.

Chilling images show the squalid lair where Matthew Falder preyed on his victims before sharing many of their abuse pictures on the dark web.

Footage shot inside Falder's pokey flat shows clothes, food containers and socks strewn over the floor – as well as a roll of toilet paper on his bed.

A sentencing hearing was told the sadistic paedophile used online aliases like ‘inthegarden’, ‘666devil’ and ‘evilmind’ to trick and humiliate more than 40 victims. 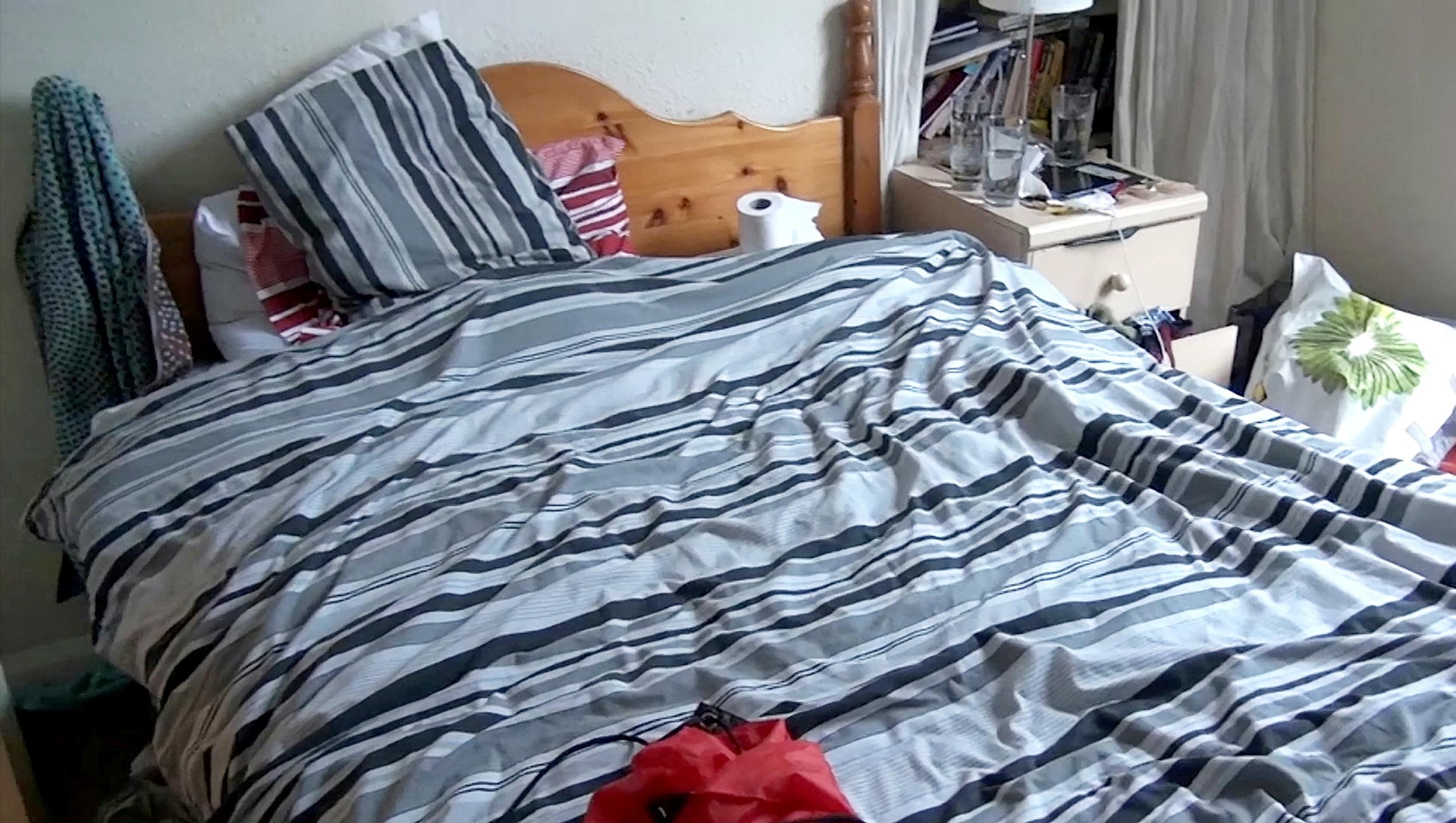 The fiend even conned one 14-year-old girl into becoming his ‘girlfriend’ before boasting to online pals about his attempts to drive her to suicide.

Birmingham Crown Court heard how Falder told a fellow web user he would “mentally f**k her up” and said: “I am not sure I care if she lives or dies.”

Although a handful of UK-based victims reported him, he was able to avoid detection by using more than 70 different online identities.

Falder also used the 'Tor network' which helps users hide their identities by encrypting connections and bouncing it around global volunteers to make it much harder for the authorities to trace.

He would regularly post on 'Hurt 2 The Core', which is considered to be the world's worst website and is dedicated to: "Both the child love and hurtcore aspects of pedophilia."

An extract on the site reads: "If you do not agree with that, or are easily offended, then this is not the place for you, welcome to H2TC."

He also shared an instructional video on how to sexually abuse children as well as guidance on how to give youngsters sweets which were soaked in urine or semen.

In further posts, he wrote about arranging to meet a blackmail victim for sex in a remote location and told how he would make the person tie themselves to a tree, lock the bindings and throw away the key to ensure a slow and painful death.

Falder also suggested a sick game in which a curling iron would be inserted into a woman's vagina and could only be turned off if they answered a question correctly.

He also posted a video of a man repeatedly throwing a young child who couldn't swim into a pool, with the child submerged for several seconds each time and a three minute long video of a woman kicking and then beating a four-year-old boy with a stick. 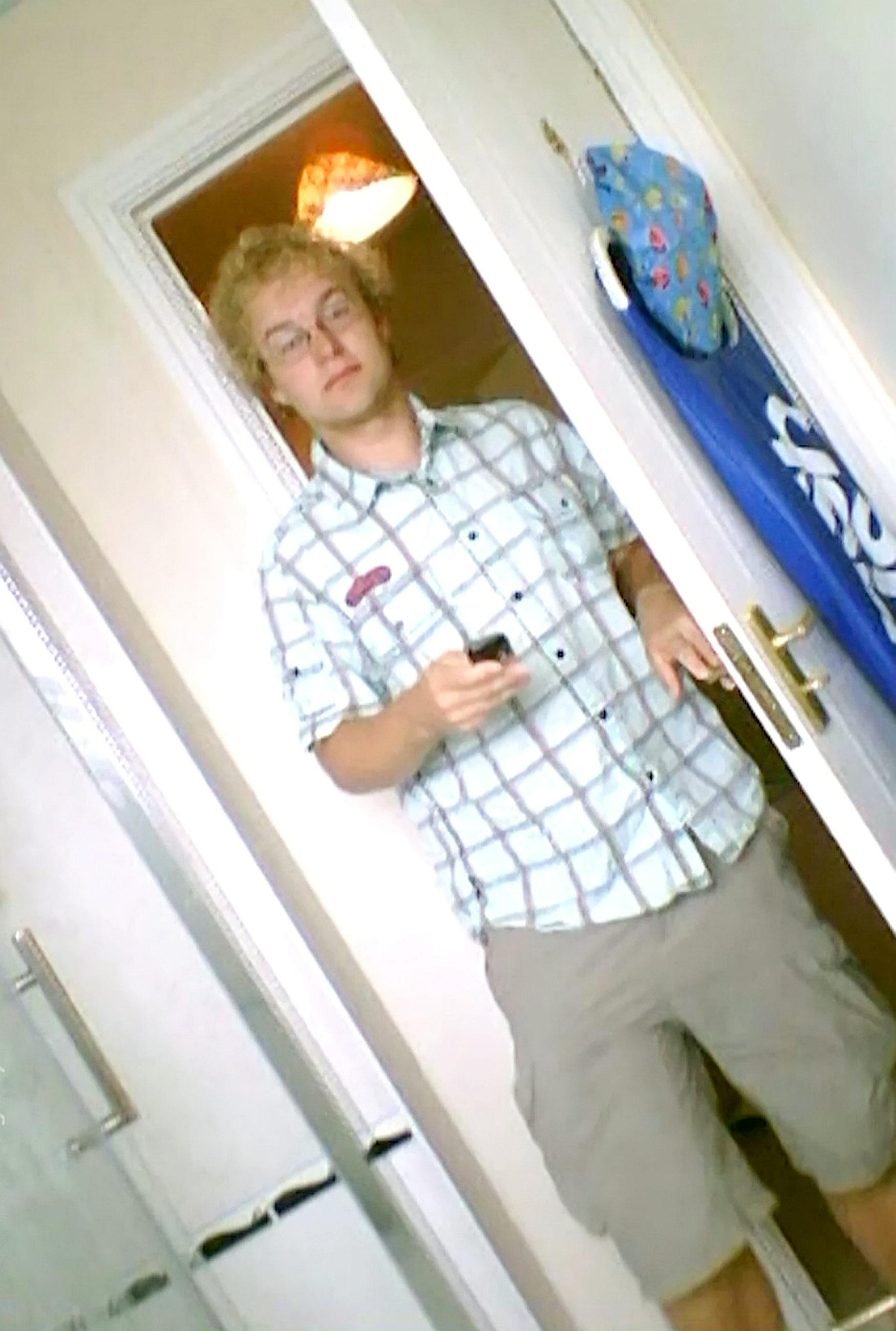 At the sentencing in February Judge Philip Parker QC told how Falder was brought up by a loving family in Cheshire, excelled at school and went to Cambridge University.

One of his tutors described him as "one of the finest students he'd ever supervised" and that his work had an "international impact".

Judge Parker added that Falder was the "life and soul of the party", and had a "dynamic social magnetism with a close group of friends".

Sentencing Flader, Judge Parker said: "As for your equally extraordinary sexual offending – no-one who knew you above ground had an inkling of what you were doing below the surface." 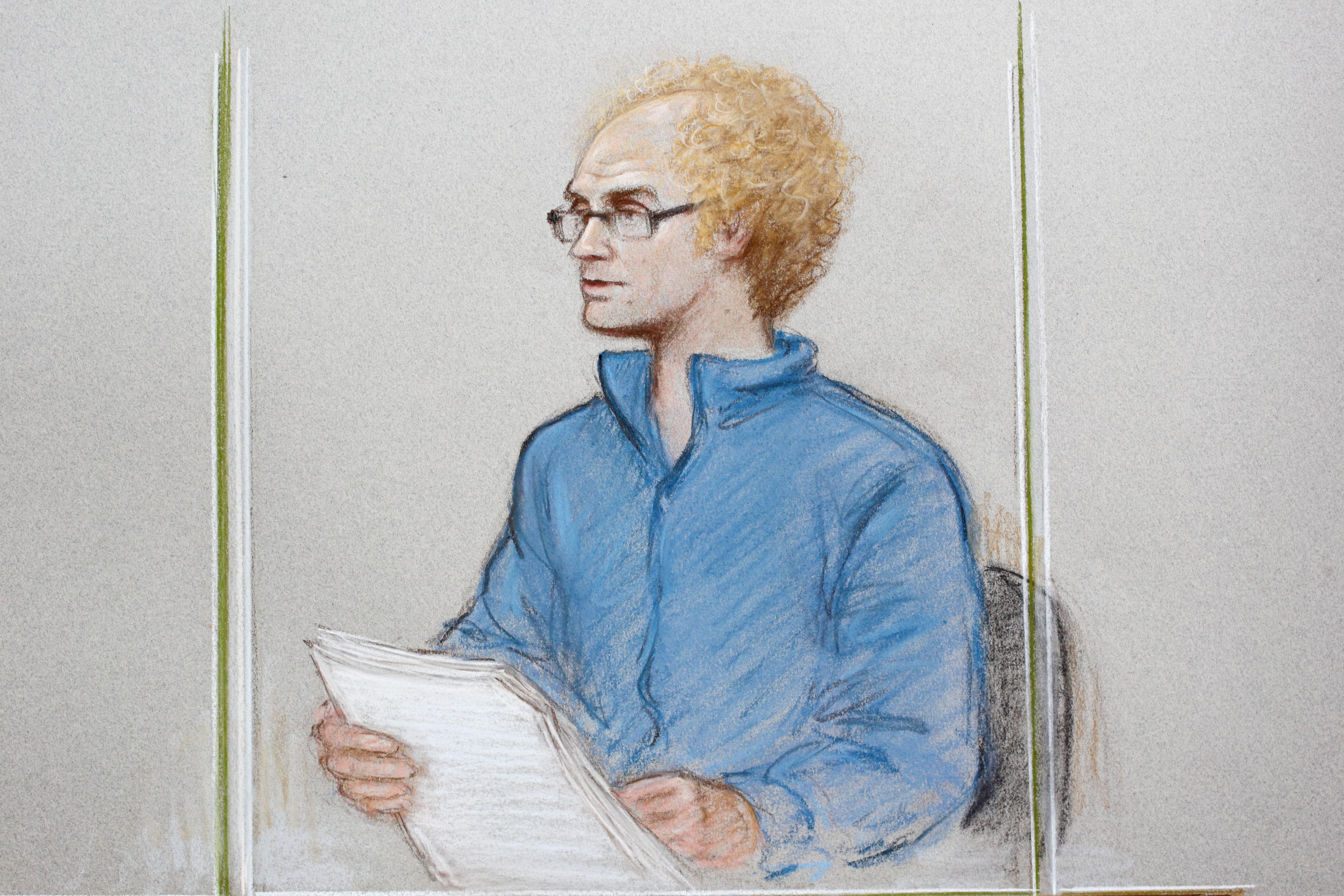 "You wanted to assume total control over your victims. Your behaviour was cunning, persistent, manipulative and cruel."

For the victims, he said: "The damage is on-going for these individuals it will never end, knowing the abuse caused by you still exists in other unknown persons' computers."

Falder, who treated victims both as sex objects and as objects of derision, posted on one forum "100 things we want to see at least once".

In remarks in that post, he suggested "a young girl being used as a dartboard", production of a video depicting a child's bones being "slowly and deliberately broken", and the abuse of "a paralysed child".

It also emerged during the earlier hearing Falder initially duped victims into providing images by posing as a female artist who wanted to turn them into life drawings.

A manhunt was launched in April 2015 after he used the username '666devil' to ask fellow dark web users for ideas on how to torture his 'daughter'.

The post sparked a nationwide hunt by the NCA to safeguard the girl, who turned out to be the daughter of another of Falder's victims.

Matt Sutton, National Crime Agency senior investigating officer, said: “In more than 30 years of law enforcement I’ve never come across an offender whose sole motivation was to inflict such profound anguish and pain. Matthew Falder revelled in it.

“I’ve also never known such an extremely complex investigation with an offender who was technologically savvy and able to stay hidden in the darkest recesses of the dark web.

“This investigation represents a watershed moment.

“Falder is not alone so we will continue to develop and deliver our capabilities nationally for the whole law enforcement system to stop offenders like him from wrecking innocent lives.

“I commend the victims for their bravery and I urge anyone who is being abused online to report it. There is help available.”