Two airlines cite unspecified security concerns but give no details about what may have prompted the move. 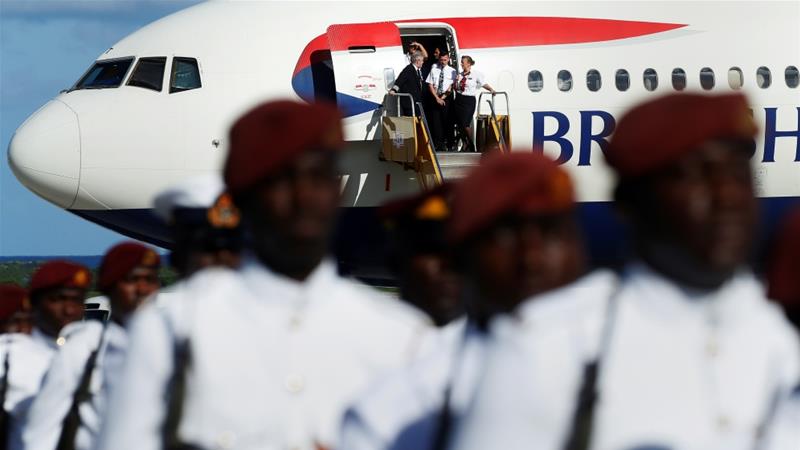 British Airways and Lufthansa have suspended flights to Egypt’s capital, Cairo, over unspecified security concerns, giving no details about what may have prompted the move.

“We constantly review our security arrangements at all our airports around the world, and have suspended flights to Cairo for seven days as a precaution to allow for further assessment,” British Airways said in a statement on Saturday.

When asked for more details about why flights had been suspended and what security arrangements the airline was reviewing, a spokeswoman responded: “We never discuss matters of security.”

Meanwhile, a spokesperson from Lufthansa, which operates flights to Cairo from Munich and Frankfurt, said: “As safety is the number one priority of Lufthansa, the airline has temporarily suspended its flights to Cairo today as a precaution, while further assessment is being made.

The German airline said it plans to resume its flights on Sunday.

Ahmed Fawzi, chairman of the Cairo Airport Company, told Egyptian newspaper Al Shorouk that British Airways did not inform them of any concerns regarding airport security prior to cancelling flights.

The British Foreign Office updated its travel advisory on Saturday to add a reference to the British Airways suspension, advising travellers affected to contact the airline.

Egypt’s Ministry of Civil Aviation said in a statement late on Saturday that it had contacted the British Embassy in Cairo which had confirmed that the decision to suspend the flights was not issued by Britain’s transport or foreign ministries.

The ministry added that it would add more flights from Cairo to London starting on Sunday “to facilitate transporting passengers during this period”.

Aviation expert Alex Macheras told Al Jazeera that “airlines have no obligation … to explain to passengers their reasoning. As passengers, we should have all faith in the airlines and if they are choosing not to fly then it is for the benefit of the passengers.”

Macheras added: “Given that they [British Airways and Lufthansa] have received this information, or they acting on information that has led the airlines to immediately suspend the route, it begs the question: What does British Airways know that Egypt Air either do not know, or not acting on, given that Egypt Air will continue to fly nonstop between London and Cairo.”

The British government has long advised against all but essential travel by air to and from the Egyptian resort of Sharm el-Sheikh, where a Russian passenger jet was bombed in 2015, but has not issued similar warnings against air travel to and from Cairo.

“There’s a heightened risk of terrorism against aviation. Additional security measures are in place for flights departing from Egypt to the UK,” the British advisory says.

Sina Azodi, a security expert at Gulf State Analytics, told Al Jazeera that the suspension of flights to Cairo would only be felt in Egypt if continued for an extended time period.

Tourism, a key source of foreign revenue for Egypt, has been recovering after tourist numbers dropped in the wake of a 2011 uprising and the 2015 bombing of the Russian jet, which killed all 224 people on board shortly after takeoff.

That attack, which was claimed by the Islamic State of Iraq and the Levant (ISIL or ISIS), prompted Russia to halt all flights to Egypt for several years and a number of countries including Britain to cease flights to Sharm el Sheikh, which have yet to resume.