At least ONE Murray is at Wimbledon! British fans flock to see injured Andy’s brother Jamie as he takes to court for opening doubles match

It’s been a bleak week for British fans at Wimbledon but fans still have one Murray to cheer for as Jamie begins his doubles efforts today.

Only Kyle Edmund remains flying the flag for the UK in the singles draw after native players crashed out in the first and second rounds.

Last year’s semi finalist and British number one Johanna Konta was beaten yesterday but Edmund has secured himself a third round tie against Novak Djokovic – which he hopes won’t clash with England’s World Cup quarter final.

While Sir Andy Murray, 31, had to pull out of Wimbledon with a chronic hip injury, Jamie is making up for it today by pulling a double shift. 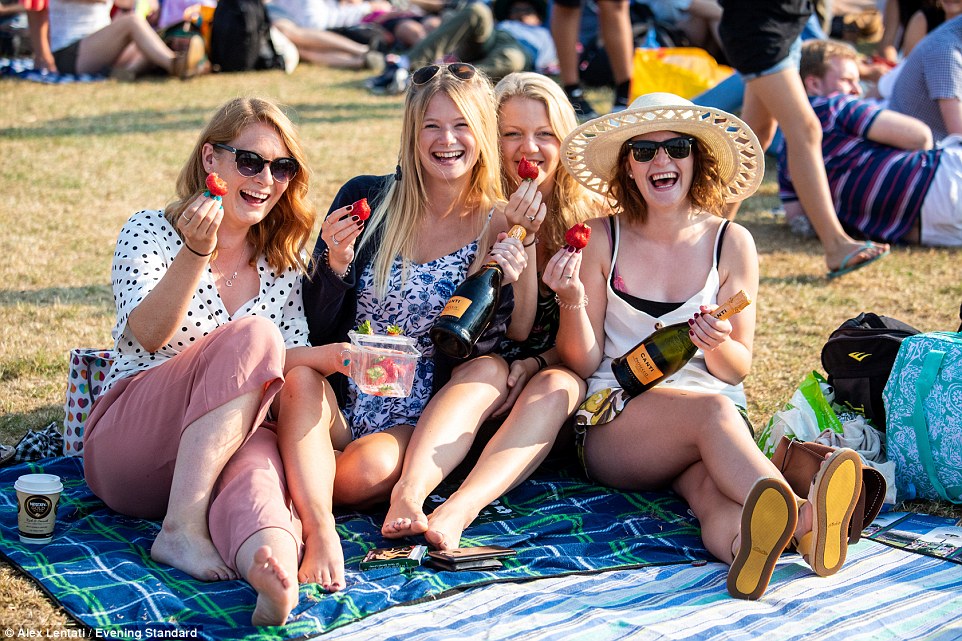 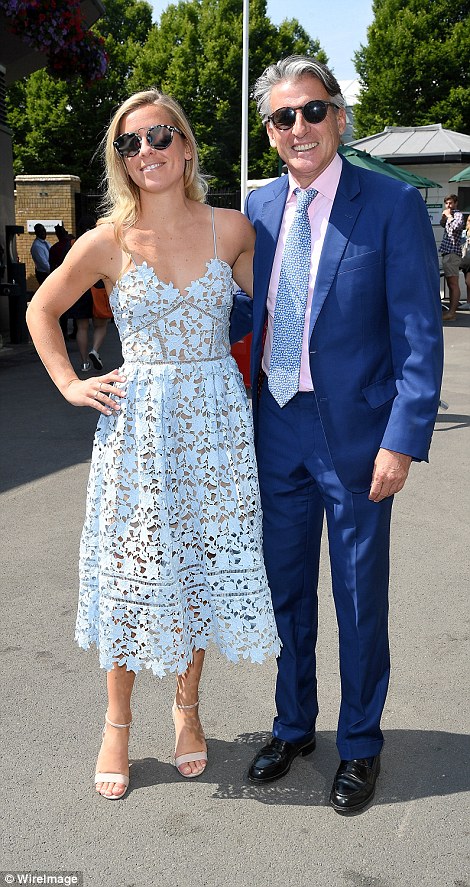 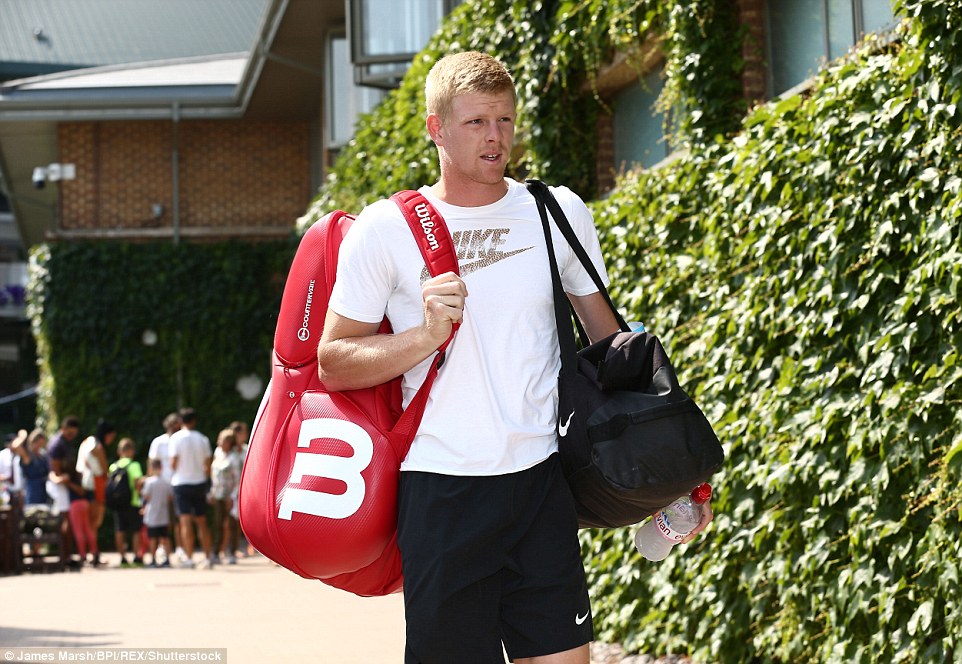 Kyle Edmund, pictured, was also seen heading to practice as he waits to learn if he will be playing at the same time as the England football team 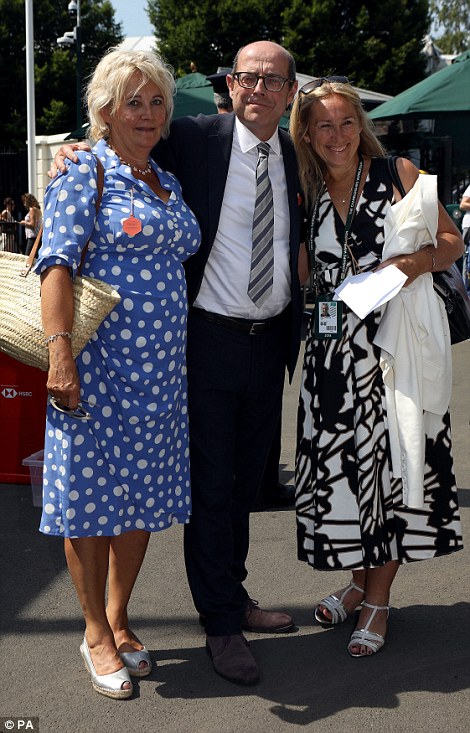 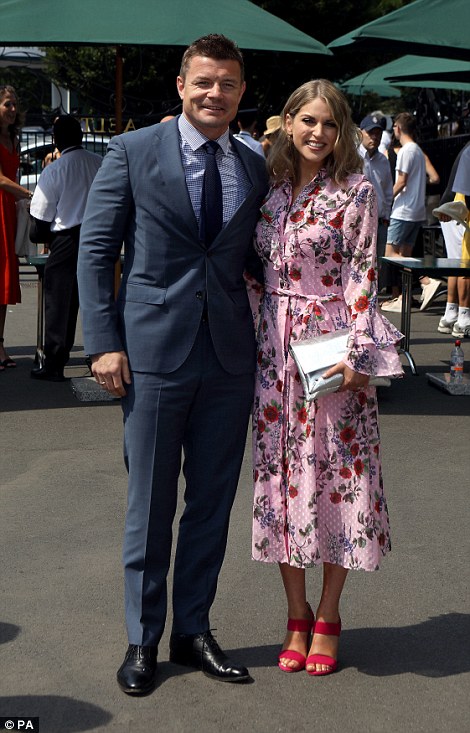 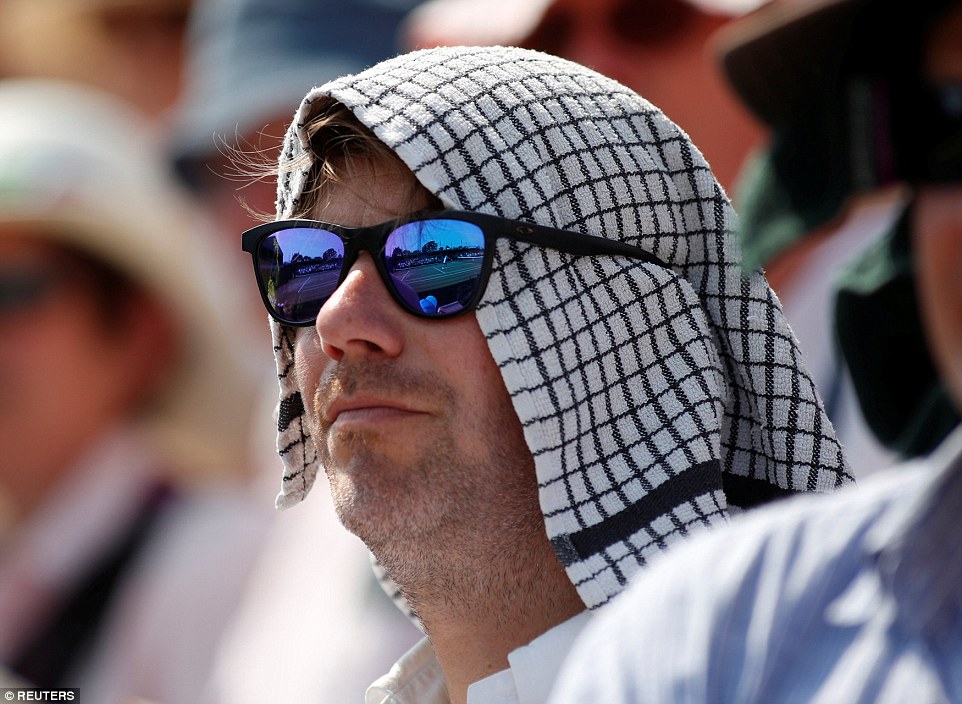 The heat became too much for one fan who placed a tea towel over his head, pictured, as he watched the tennis 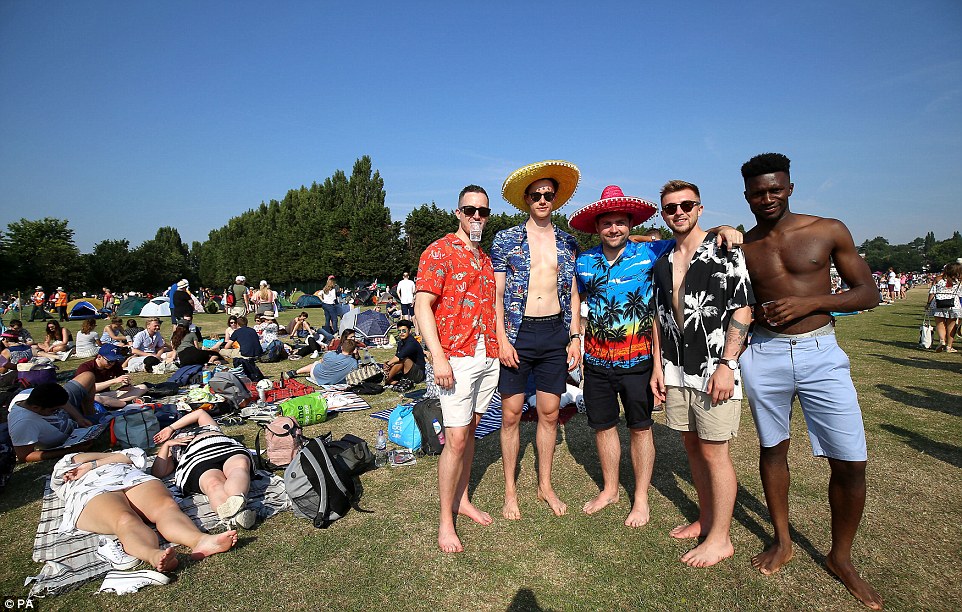 There were plenty of men enjoying the summer weather too, donning Hawaiian shirts and sombreros, pictured

The Scot, and former world number one doubles player, is teaming up with his usual partner Brazilian Bruno Soares to take on Paolo Lorenzi and Albert Ramos Vinolas.

Murray, 32, has never won the men’s doubles at Wimbledon, falling in the final in 2015.

But he is a two time mixed doubles champion, including winning last year alongside Martina Hingis, and is aiming to defend the crown alongside new partner Victoria Azarenka, a two-time Australian Open champion.

Meanwhile Wimbledon fans are facing a nervous wait alongside Edmund to discover exactly when his match with Djokovic will take place on Saturday.

The 23-year-old, who grew up in Yorkshire, is a keen football fan and said he hoped the schedule would work out so he could see the game at 3pm tomorrow.

Edmund is the last Brit standing in the tournament and defeat would mean it would be the first Wimbledon since 2007 without a home national competing in the second week.

But at least fans have one Murray to cheer on today, as Jamie begins his quest for doubles glory alongside Brazilian partner Bruno Soares.

Previously Andy Murray has played in the late afternoon slot on ‘middle Saturday’ but Edmund said he would take it on the chin should he miss the crunch clash. Although spectators will not get to Sir Andy Murray in action, there is a double dose of his brother Jamie on offer today as he takes part in the men’s and mixed doubles 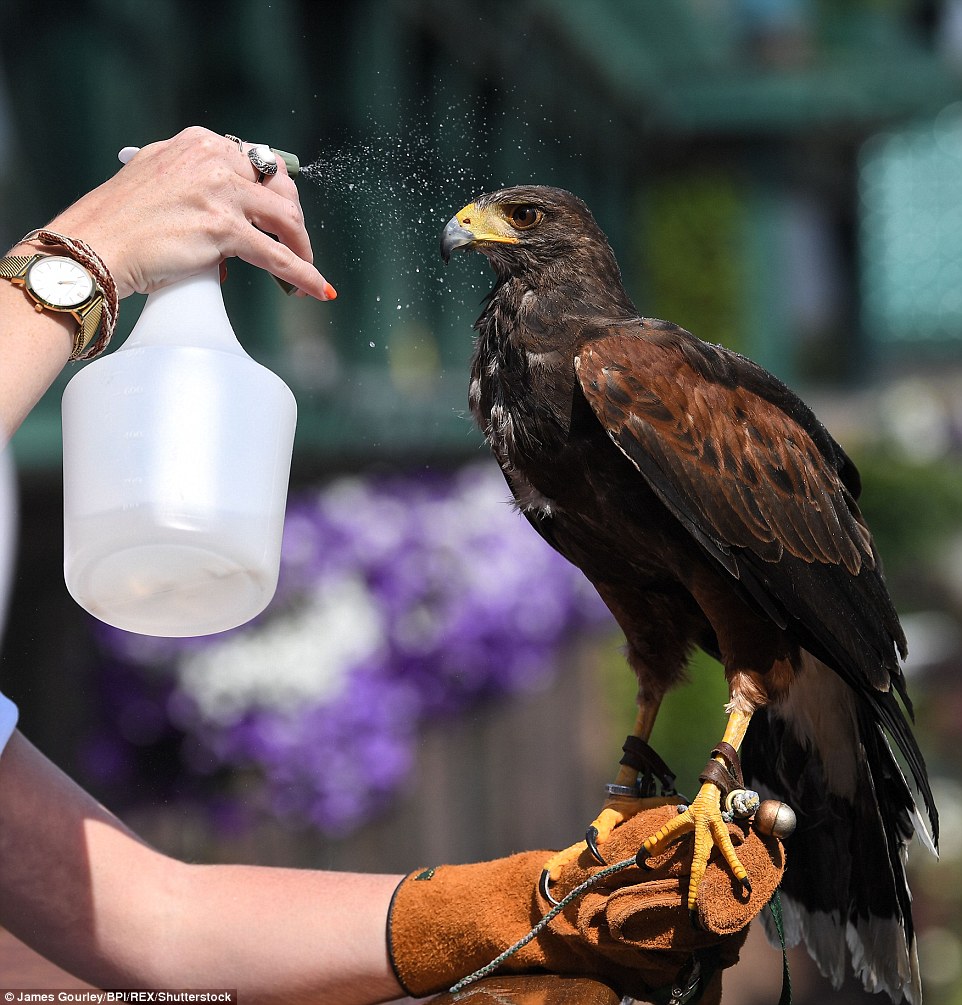 One Wimbledon worker was much cooler was Rufus the Hawk, the official pigeon scarer who enjoyed a quick shower, pictured

On the scheduling, he said: ‘I don’t know who does it, but I am sure they will factor it in. I don’t mind either way, obviously I am a tennis player, so I am here to do my job first.

‘Hopefully it will be a success for both of us, England and myself.’

He added: ‘It will just be interesting to hopefully get to watch the match.’

Meanwhile Edmund is enjoying a friendly rivalry over the World Cup with his coach Freddie Rosengren, who is Swedish.

The tennis star posted a picture of himself and Rosengren wearing their respective nations’ football shirts on Twitter posing as if they were fighting, with the caption: ‘When your coach is a Swede and you tell him it’s coming home… let’s go @England! #ThreeLions’ 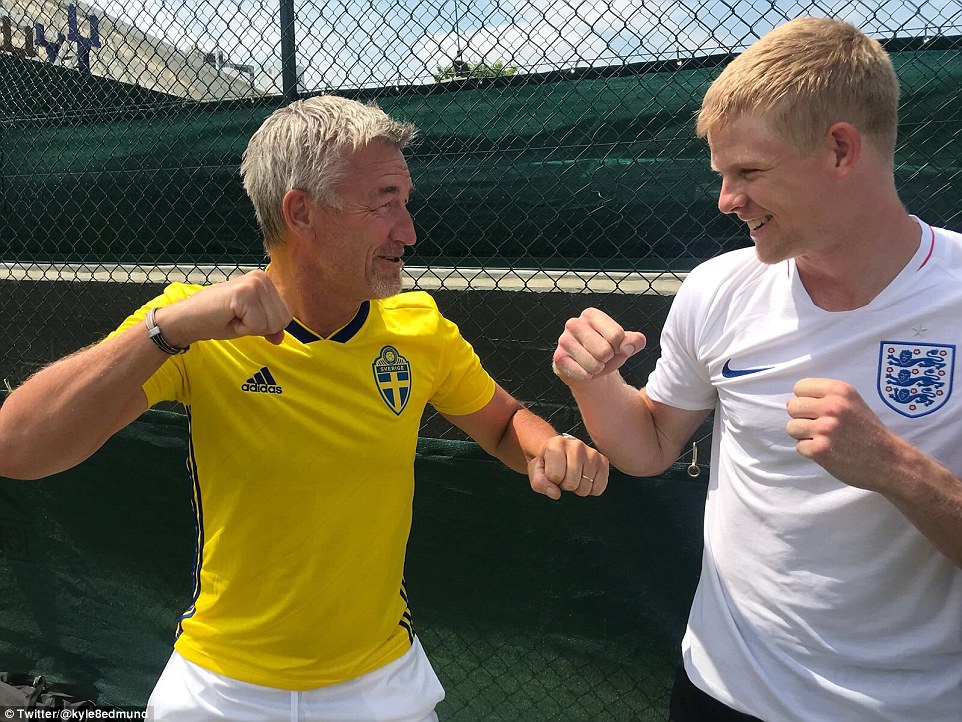 Speaking earlier this week, Rosengren, who shares coaching duties with Englishman Mark Hilton, said: ‘We will be friends for a couple more days and then we’ll see. It’s good to joke about the match. But we try to do our work.

‘It’s always good to have things to relax and to enjoy the ride. You can’t speak or think about tennis 24 hours a day.

‘He has to be switched on when he is working and we are talking. But he is a young guy and he deserves to have fun.’

Edmund came through in straight sets against Bradley Klahn but the prospect of no British players making it into the second week for the first time since 2007 looks very real, as next up he faces three-time champion Novak Djokovic.

‘I’ll just go out there and do my best and see what happens.’