British fishermen will get a ‘fairer share’ of the UK’s historic fishing grounds after Brexit, says Michael Gove

British fishermen are set to get a ‘fairer share’ of the UK’s historic fishing grounds after Brexit, Michael Gove will say today.

Unveiling plans for a post-Brexit fishing regime, the Environment Secretary will pledge to ‘take back control’ of our waters and end the dominance of foreign trawlers.

The blueprint could see the existing system of EU quotas torn up, allowing British trawlers to catch more fish.

Controversial EU rules that force fishermen to throw back dead fish if they are over quota also look set to be scrapped. 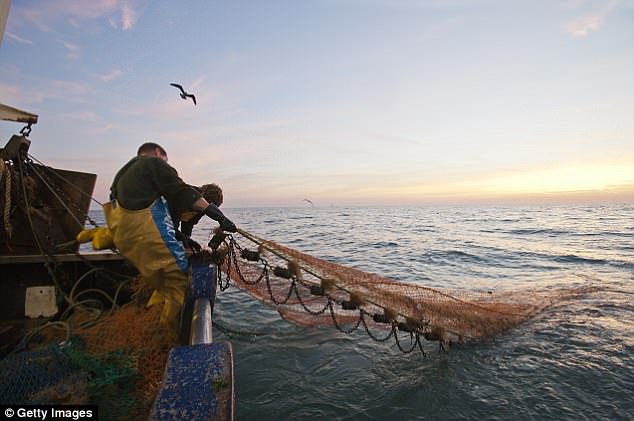 British fishermen are set to get a ‘fairer share’ of the UK’s historic fishing grounds after Brexit, Michael Gove will say today. File photo

A Government source said the new Fisheries White Paper would ‘set out how the UK will have the opportunity to move towards a fairer share of fishing opportunities, overhauling the current system where UK fishermen have received a poor deal’.

Whitehall sources last night said the plans represented a victory for Mr Gove over Chancellor Philip Hammond, who wanted to trade away the UK’s fishing grounds for a better deal for the City as part of the Brexit talks.

But Theresa May is said to have sided with Mr Gove.

‘This is a victory over the Treasury,’ a Whitehall source said. ‘They wanted to use the fishing industry as a bargaining chip, but No 10 have told them to get lost.’

Scottish Tory leader Ruth Davidson and her 13 Scottish Tory MPs are also said to have played a role in ensuring our fishing grounds are not surrendered to Brussels. 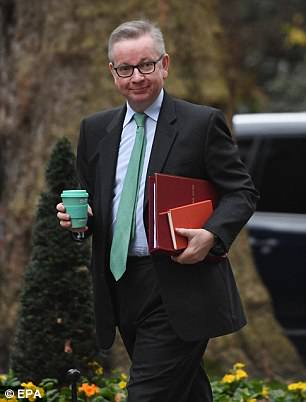 Speaking last night, the Prime Minister said: ‘As an island nation our fishing industry is the lifeblood of coastal communities around the UK.

‘When we leave the EU we will take back control of our waters, while ensuring we don’t see our fishermen unfairly denied access to other waters. The plans demonstrate the bright future in store as we build the UK fishing industry for future generations.’

Mr Gove, whose father ran a fish-processing business in Aberdeen, said Brexit would create ‘a sea of opportunity’ for Britain’s fishing industry.

The White Paper, which sets out the Government’s proposals for legislation, paves the way for the biggest shake-up of the industry for more than 40 years.

Under existing rules, annual fishing quotas are set by Brussels. EU member states currently land about eight times as much fish from UK waters as the British fleet does in wider EU waters.

The proposals will look at new methods for allocating fishing quotas, including scientific analysis of the distribution of fish stocks.

And access for EU trawlers will be negotiated on an annual basis rather than fixed permanently by the Brexit deal.

Mr Gove also wants to end the hated ‘discard’ rule which forces fishermen to throw back tons of dead fish every year.

Barrie Deas, head of the National Federation of Fishermen’s Organisations, described the plan as ‘clear and cogent’, adding: ‘I am sure that it will attract support across the industry and Parliament.’