London: A British lawmaker revealed he was HIV positive during an emotional speech to parliament on Thursday to mark the upcoming World AIDS day.

Lloyd Russell-Moyle, 32, told his fellow lawmakers that he had been diagnosed HIV positive when he was aged 22. 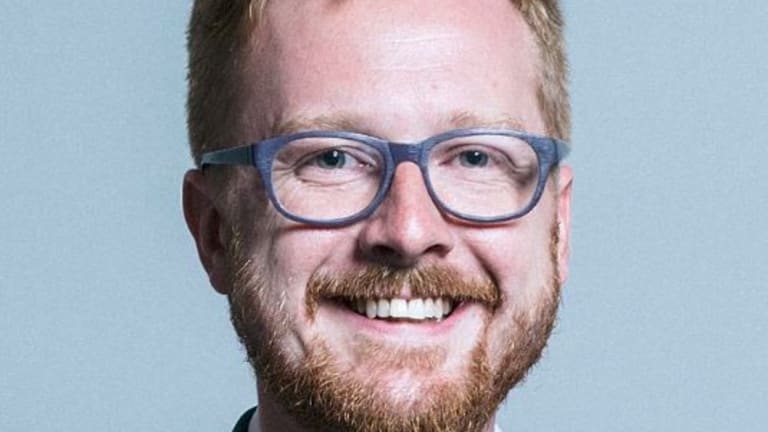 "Next year I will be marking an anniversary of my own, 10 years since I became HIV positive," said Russell-Moyle, who represents the opposition Labour party for Brighton Kemptown on the English south coast.

"It has been a long journey from the fear of acceptance and today hopefully advocacy, knowing that my treatment keeps me healthy and protects any partner I may have."

He said he had decided to speak out to help others to seek treatment, fight the stigma surrounding the disease, and because this Saturday marked the 30th anniversary of World AIDS day.

"My name … might appear in tomorrow's newspapers as a result of course of being the first MP to declare themselves HIV positive in this chamber," he said.

"No person diagnosed with HIV today should feel any less able to thrive and enjoy life than anyone else because of their status."

Russell-Moyle is the second British Member of Parliament (MP) to have been diagnosed with HIV.

Chris Smith, a former Labour government minister who was the first openly gay British lawmaker, disclosed he was HIV positive in 2005.

"In two days time, on World AIDS day, I will stand with my community to mourn the losses of those who have died of AIDS. I will stand there in the knowledge that I will live a life so many couldn't," Russell-Moyle said.

"We have the ability to end new HIV transmissions as well as end stigma and discrimination, not only here, but globally, and I hope we can all make that our mission," he told fellow lawmakers, who gave him a standing ovation at the end of his speech, something hardly ever seen in parliament.