British man, 26, is stabbed to death outside nightclub in Croatia during Hideout Festival

A British man has been killed in a suspected knife attack outside a nightclub in a popular holiday resort in Croatia.

The 26-year-old victim was stabbed at around 5.30am outside the Kalypso nightclub on Zrce Beach, in Novalja on the island of Pag in the country’s north west.

Witnesses have described how a set by DJ Sonny Fodera came to a halt before revellers were told to leave because of a ‘very serious incident’. A trail of blood was seen leading from the stage area to the club’s exit.

Two other men were injured, one seriously, in the attack which happened as the town hosted Hideout Festival, popular with British music lovers.

The unnamed man was found with multiple wounds on his body following what festival organisers described as ‘an incident involving a group of young men’. 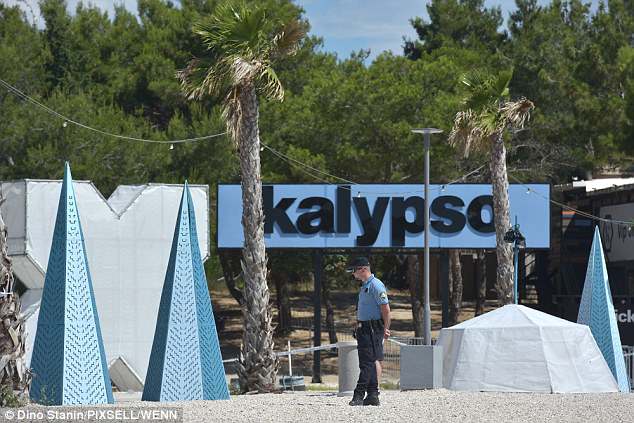 A British man has been killed in a suspected knife attack outside the Kalypso nightclub in Novalja, Croatia 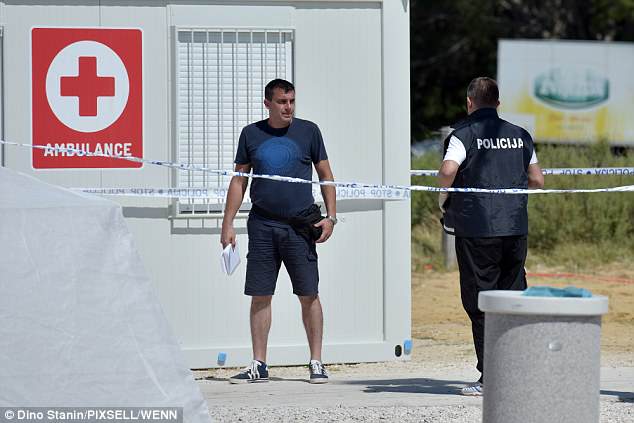 The 26-year-old victim was stabbed at around 5.30am outside the Kalypso nightclub on Zrce Beach, in Novalja in the country’s north west. Police are pictured at the scene 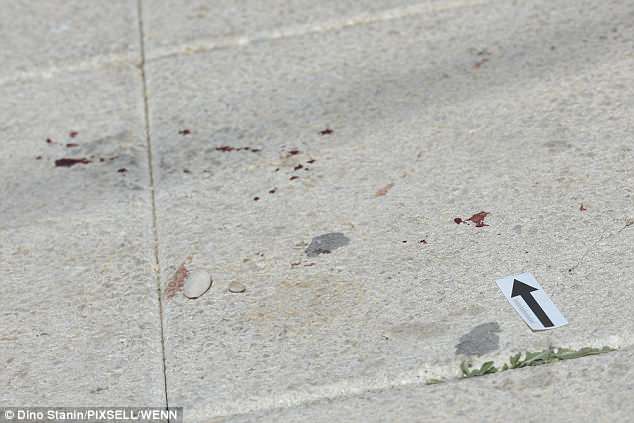 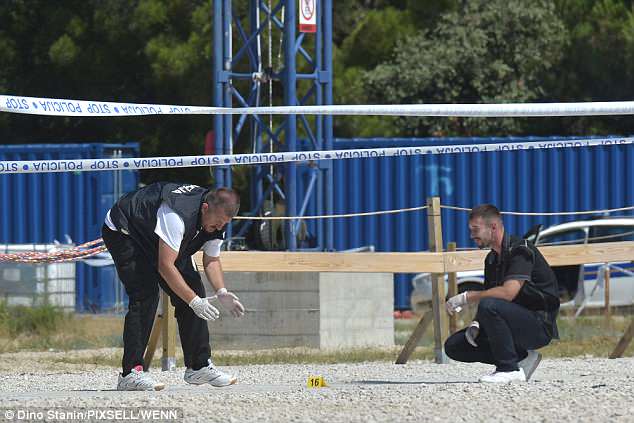 Police, who have set up a cordon around the scene, have yet to make any arrests.

Pictures show blood on the ground outside the nightclub and forensics scouring the area for clues.

Ciaran Kelly, from Dublin, told The Sun how festivities ground to a halt as the incident unfolded.

The 19-year-old said he saw a man lying on the floor and another standing up with blood on his back.

‘Another man had his arm around the injured fella who was standing and was holding a cloth or something against the wound on his back, he said.

‘Within seconds, there were loads of people around the man on the ground and I could get a good look at him. It was very busy and you could tell everyone was quite shocked.’

He said the DJ stopped playing and instructed people to leave the area because of a ‘very serious incident’.

One told local news site Vecernji List: ‘There was a lot of blood. Everything happened in front of a fast food restaurant so there will be witnesses.’ 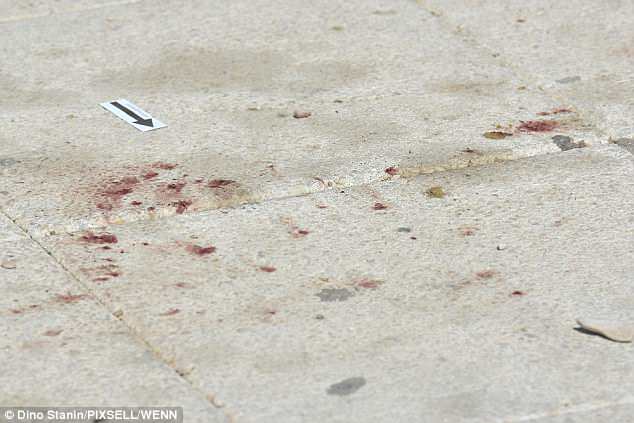 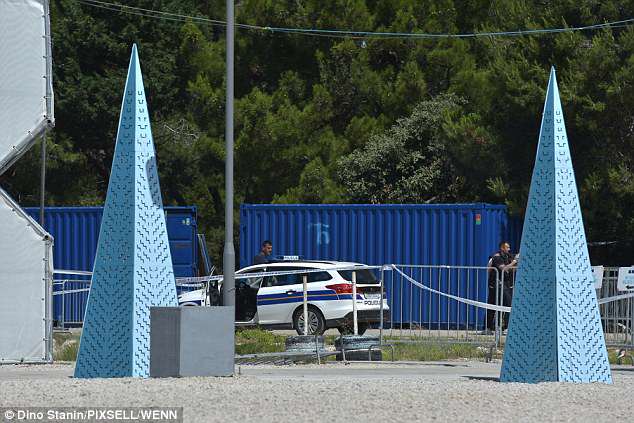 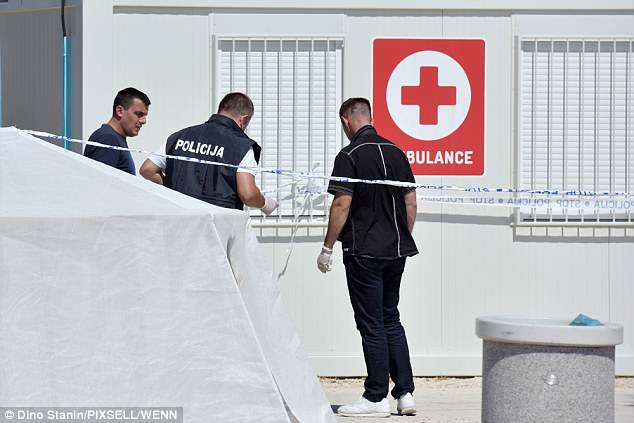 Two other men are said to have been injured, one seriously. Police are yet to make any arrests 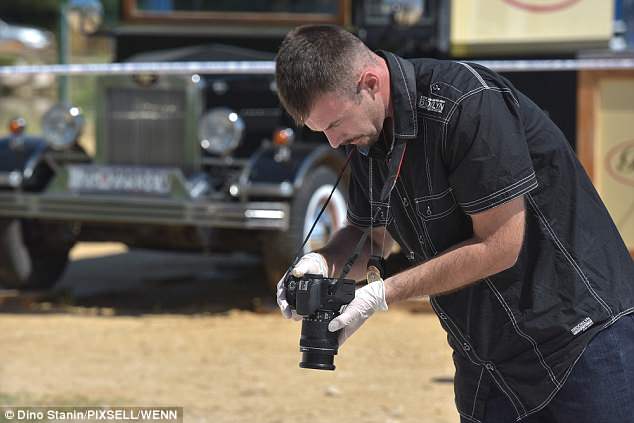 Police said the identity of the victim, a young man, was known but for now they would not provide further details.

Local media reported that the victim got involved in a fight in front of the night club.

It comes as the town plays host to the Hideout Festival, popular sunseeking with British revellers. This year’s line-up included the likes of Andy C, Chase & Status, Alan Fitzpatrick and Bugzy Malone.

A Hideout spokesperson said: ‘Following an incident involving a group of young men at Zrće Beach early this morning, one man tragically lost his life. Another man remains in hospital. We are giving every assistance to the investigation and our thoughts and condolences are with the family and friends of the people affected.’

On its website, Kalypso club is described as being ‘the pioneer of the renowned Zrce club scene and the Mecca of partygoers from all around the planet.’

It adds: ‘Guests can enjoy the luxury of the brand new VIP area, dance by the pool while drinking cocktails and various refreshing summer drinks, or chill out in the lounge area.’

A spokesperson from the Foreign Office said today:  ‘Staff from the British Embassy in Zagreb are supporting the family of a British man who died following an incident in Novalja, and are in contact with the Croatian police and the State Attorney.’

The northern island of Pag, notably the town of Novalja and Zrce beach, is well known as a summer party destination for young tourists, many of them British.

Tourism is a major industry for Croatia where visitors flock to its stunning Adriatic coast, with more than 1,000 islands and islets.

Last year the country of 4.2 million people welcomed more than 17 million tourists. Among them there were more than 750,000 British visitors.