British scientist, 104, the eve of his assisted suicide in Switzerland

One last day in the sun with his grandchildren… before taking his own life: British scientist, 104, spends time with his family on the eve of his assisted suicide in Switzerland

A British-Australian scientist set to end his life in a Swiss suicide clinic tomorrow, has been spending his final day surrounded by his family and his beloved plants.

David Goodall, 104, toured the Basel University Botanical Gardens with three of his grandchildren and their partners.

Dr Goodall, a world-renowned botanist, travelled to Europe this week to end his life voluntarily, accompanied by family members. 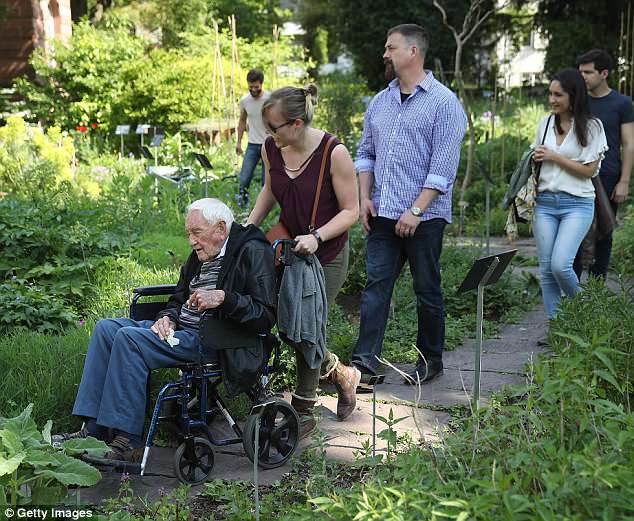 Making the most of it: David Goodall tours the Basel University Botanical Gardens with three of his grandchildren and two of their partners the day before his planned assisted suicide

He was seen touring the botanical gardens in the sunshine, stopping to speak to his grandchildren about the different plants they encountered.

The centenarian had become determined to die after his quality of life worsened with age as he lost the ability to walk.

‘My recent life has not been enjoyable,’ he told reporters after arriving in Switzerland.

Dr Goodall said he has been considering suicide for 20 years, and said a lack of mobility was one of the reasons he wanted to take his own life, despite not being sick. 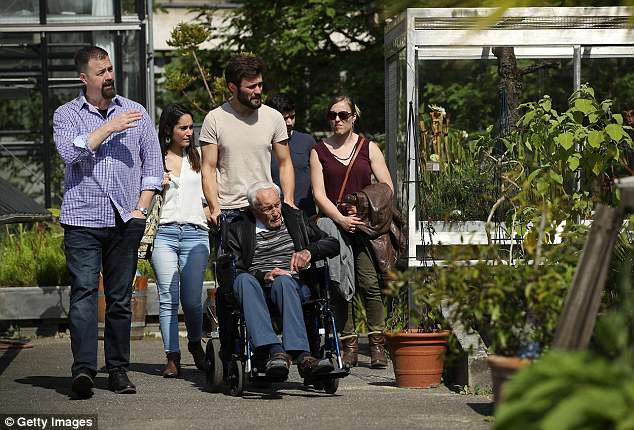 Final day: The 104-year-old British-Australian is a world-renowned botanist and ecologist 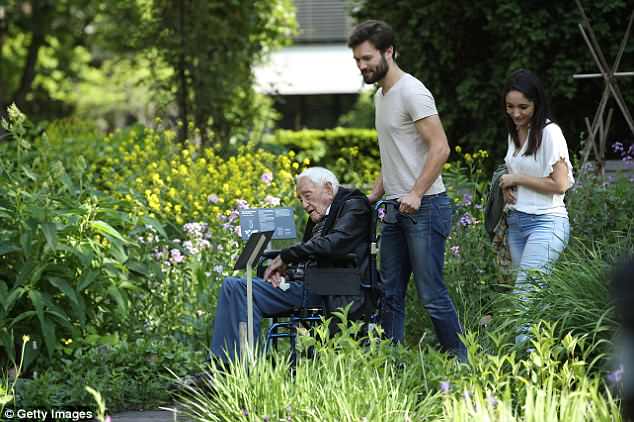 Day out in the sun: One of Dr Goodall’s grandchildren pushes his wheelchair through the Basel University Botanical Gardens 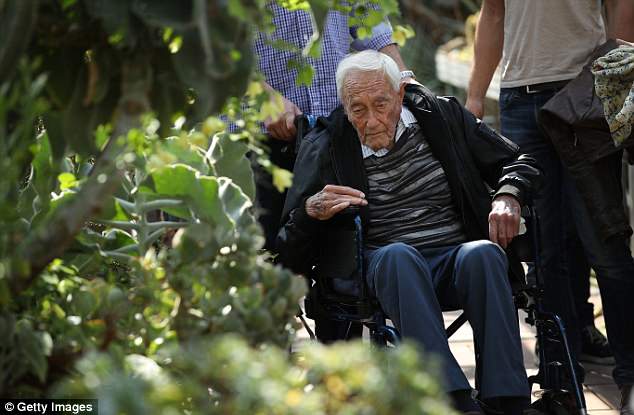 His choice: Dr Goodall travelled to Europe this week to end his life voluntarily at a Swiss assisted suicide clinic

He said he has tried to kill himself three times but was now seeking professional assistance at the Life Circle clinic.

He met with Swiss doctors on Tuesday, and if deemed to be of sound mind he will be administered a lethal cocktail of chemicals.

Switzerland’s assisted-suicide laws mean people are able to take their own lives, unlike in his home-country.

Dr Goodall believes people should be able to decide for themselves if they want to use medicine to die. 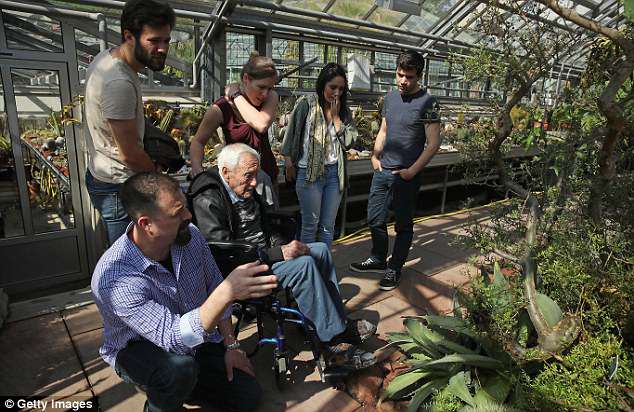 Precious time: Dr Goodall speaks to his grandchildren and their partners about some of the plants displayed in the gardens

‘I wouldn’t suggest that it’s available to everyone, and just going and buying it off the shelf,’ he said.

‘I think there are plenty of people who might misuse that. But I would accept that it should be done by doctors’ prescription — but they should be free to prescribe.’

Dr Goodall was born in London in 1914, and completed his PhD in 1941, at the University of London, now Imperial College London, on the tomato plant.

He came to Australia in 1948 taking up a lecturing position at the University of Melbourne.

There he gained another PhD from the University of Melbourne in 1953, before working as a university professor in the UK and the US.

Dr Goodall turned 104 in April, and has since decided to access voluntary euthanasia in Switzerland.